“Of the Devil” tries to make a mark on a well-tread sub-genre. Does this micro-budget possession flick rise to the challenge?

Of the Devil arrived on digital last week (August 2022). Read on to find out if you should Rent it, Stream it, or Skip it.

At first, Of the Devil (directed by Kelton Jones, who also wrote the screenplay) seems to understand that it has an uphill battle in terms of pulling off a decent, watchable movie with a micro-budget. So, it focuses on its strengths and asks the viewer to do the same.

If you can appreciate the mostly decent acting, beautiful photography, and a Night-of-the-Living-Dead-esque soundtrack, then you may be able to coax some enjoyment out of a film that you can tell is trying very, very hard to deliver something worthwhile with what it has to work with…that is, up till a certain point, at which time you will either turn it off or stick around for the laughs.

When your movie starts with a cult sacrifice, moves to a CGI butterfly assisting with transferring a curse to a little boy (Lucas Saqueria, In the Deathroom), then transitions quickly to a creepy old woman (Eileen Dietz, Witchula, Halloween II) telling the mother of said child (who is now sick with brain cancer) that she knows of a surgeon who uses unconventional methods, it’s hard not to want to hop on for the ride.

The first third of the film takes place in a house of tension and death, the impending death of a child and the always oppressive presence of an in-law with dementia on death’s door.

Oh, and the kid now inexplicably sees dead people, which is great since the makeup effects for the ghosts are top-notch (especially Annabel Barret’s brief, gory appearance which really steals the show).

If only the writing were nearly as solid. 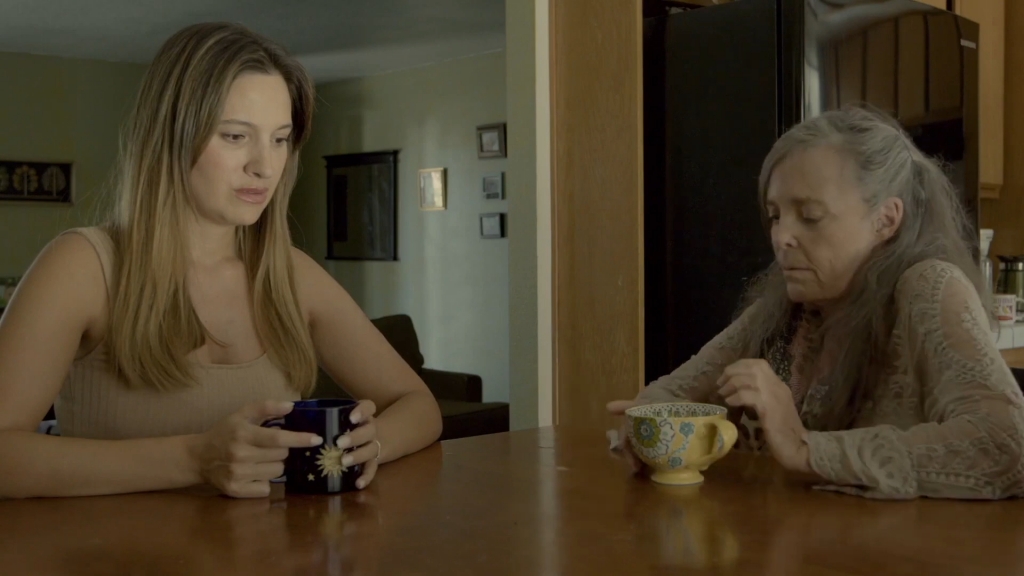 Our second act finds us in deepest Mexico, where the least Mexican inhabitants you ever met form a motley crew of weirdos designed to make the father figure (Jonathan Stoddard) of the sick child — and the audience — as uncomfortable as possible.

An unexpected cameo by a fully erect Pazuzu figurine pretty much tells you what direction this movie is going.

Then we get to meet “the surgeon” (Robert Lasardo, Bloodthirst), who, of course, is more of a witch doctor, but at least he’s an actual Mexican (probably). There’s plenty of mumbo-jumbo, and none of the actors breaks character despite what must have been an unbearable urge to laugh at the cheesiness of it all.

Then we are treated to some more gory FX and a bit more melodrama.

The return home at the halfway mark is filled with unexpected turns that raise the stakes and take us to a deeper level of horror while adding a new layer of ‘WTF’.

As the film progresses, the mystery gets uglier, as does the conflict within the family.

At the center of it all is little Alex, who just isn’t himself these days, what with the unexplained apparent resurrection, animal cruelty, and bleeding from the crotch. His poor mother (the lovely Daniela Palavecino) is at her wit’s end.

As we near the third act, it becomes clear that the movie doesn’t mind just saying “fuck it” at this point and becoming funny despite itself. 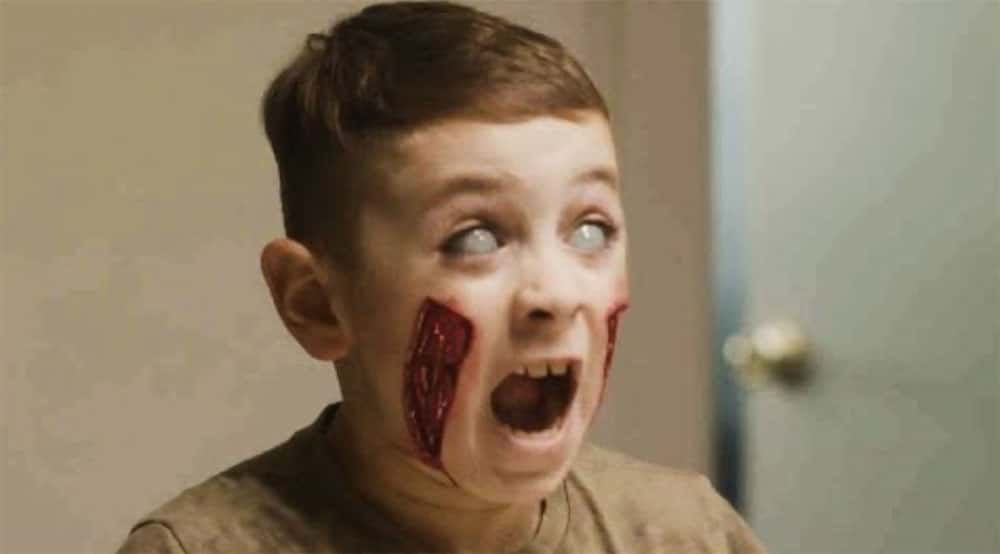 Enter the tough detective character who ushers in a slew of bad acting and may as well be waving a little white flag signifying that the writer and director have basically given up on this movie — and the audience probably should, too.

Now we have a man who is too weak to bash in his front door, we have spinning crosses, and…holy shit. Is that a dead pug?

I’ll tell you one thing, this movie got really shitty, really quickly.

If the mom weren’t so attractive, I probably wouldn’t have made it as far as I did. I haven’t laughed so hard in a while as I did during the possessed kid’s big reveal. Wow. Just…wow. Kudos to the wardrobe department; y’all utterly outdid yourselves.

Unfortunately, the film just gets stupider and stupider as it nears its stupid conclusion.

The old priest can’t seem to pick an accent, and the young priest (who is also the kid’s uncle but the husband of the kid’s mom…yeah, it’s complicated) can’t seem to get it together enough to assist with an exorcism. So we end on just about the corniest note possible.

Hey, folks, it’s part of my mission at Morbidly Beautiful to sit through this stuff, so you don’t have to. You’re quite welcome.

RENT IT, STREAM IT, OR SKIP IT?
SKIP IT. I mean, if you like shit like Ed Wood movies and Troll 2, then by all means, light up a couple of fatties and laugh your ass off. But if you’re looking for a good horror movie, I’m sorry to report that Of the Devil is kinda the opposite of that.
Overall Rating (Out of 5 Butterflies): 1.5