MAB Studios recently announced that its much buzzed about supernatural flick WITCHULA just inked a co-production deal with the UK-based indie production company, Silent Studios Productions, a company that specializes in extreme horror, gore and science fiction films. The award winning production company is best know for films such as, Zombie Playground, Infected, Extinction, and Torture.

The project already included a team of producers with extensive horror film experience, including Executive Producer Marcus Bradford, who is also the writer and director on the film. According to Bradford, the addition of Silent Studios Productions brings an additional level of genre expertise that should help further ensure the team behind WITCHULA is able to deliver something horror fans will flock to.

Other producers attached to the project include horror veterans Matt Chassin (Krampus the Christmas Devil, Seeking Valentina). John Blythe (My Amityville Horror, One Day When the Rains Fell), and co-writer/co-director/producer Pat Kusnadi (The Id, Down With David, Good Samaritan).

In addition to the filmmaking talent, Braford and crew have been working to assemble an impressive cast of onscreen genre talent. Although the term “Expendables of Horror” has been thrown around a lot lately, the producers of WITCHULA feel confident they can live up to that hype.

Genre favorite, “Scream king” Bill Oberst  Jr. (Criminal Minds) is set to star. Oberst is an award-winning actor, including the coveted Lon Cheney Award for Excellence in Horror, as well as one of the most familiar faces in indie horror. For his part, he says he is “proud and excited to be associated with such a groundbreaking film.” He’ll be joined by Eileen Dietz, best known for playing the iconic demon in the classic film The Exorcist. Bradford promises the coming months will see the announcements of several more iconic actors in the horror genre. 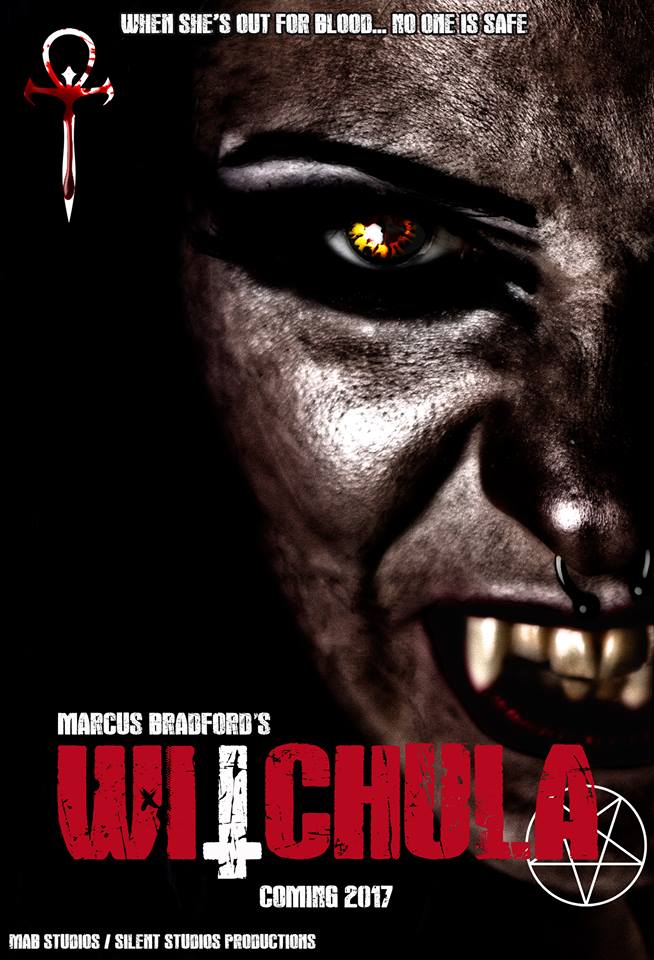 WITCHULA will follow a group of college students who travel to a remote island, only to be hunted down by the titular monster. The script combines several sub-genres and promises to delight horror fans with witches, werewolves, vampires, and more… including the title character, Witchula, marketed as the first witch-vampire hybrid ever to hit the big screen. While there’s some debate about the accuracy of that statement, the concept itself still sounds quite promising. In fact, Pat Kusnadi says he’s confident in the film’s ability to be original and have horror fans remember it for years to come.

Bradford’s production team added, “We’re looking forward to working with Silent Studios Productions and to create something spectacular and spooky for all the horror fans out there for a taste of delightful terror!”

While there are no exact dates set for production, Bradford hopes to begin shooting sometime in mid to late 2016, and parts of the film will be shot in the UK. In the meantime, you should stay tuned to the film’s social media pages for all upcoming related news.