“As the old saying goes, WAR IS HELL,” says Malcolm McDowell’s Father Murder as he instructs five hostages, in the newest clip from Rob Zombie’s 31. This is the film that Zombie has fought hard to be released, overcoming numerous obstacles while refusing to compromise his creative vision. He launched a successful crowdfunding campaign to ensure he would be able to make the film he wanted without studio involvement. And he was able to avoid the dreaded NC-18 rating through some creative editing, but all indications point to this being a very scary and gore-filled treat for horror fans.

Five carnival workers are kidnapped and held hostage in an abandoned, Hell-like compound where they are forced to participate in a violent game, the goal of which is to survive twelve hours against a gang of sadistic clowns.

Zombie recently delighted rabid fans by announcing a special one-night-only advance screening in theaters nationwide, which will take place on Thursday, September 1st. The event will also include two exclusive music video premieres for the songs “The Hideous Exhibitions Of A Dedicated Gore Whore” and “Get Your Boots On! That’s The End Of Rock And Roll”, along with a new “making-of ’31’” featurette and a question-and-answer session with Zombie filmed specifically for this event. Get your tickets here.

Adding to all they hype, numerous new pics and two new posters have been dropped for the film, and they look pretty twisted. 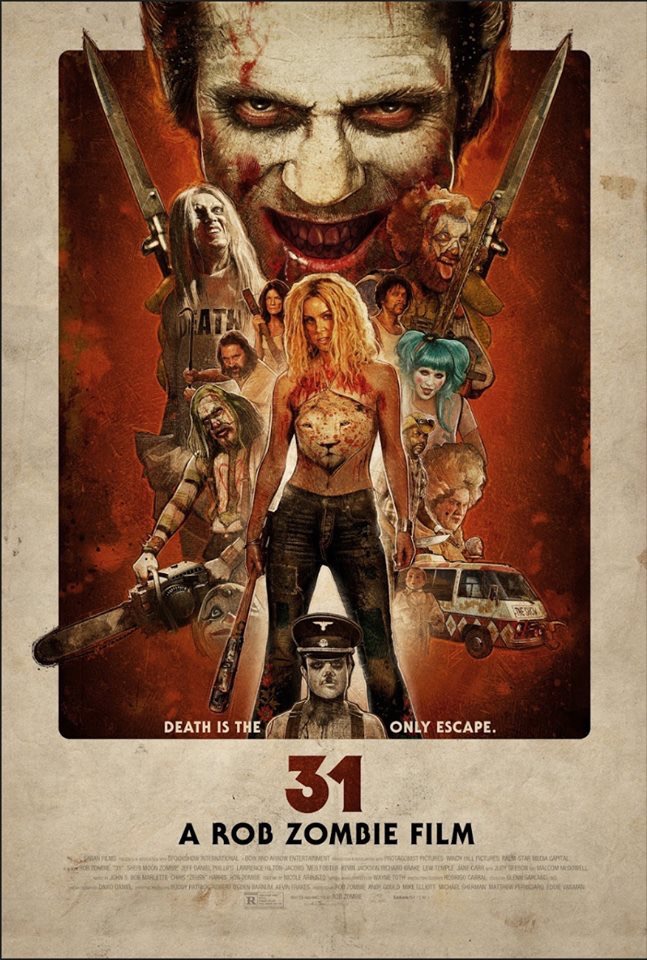 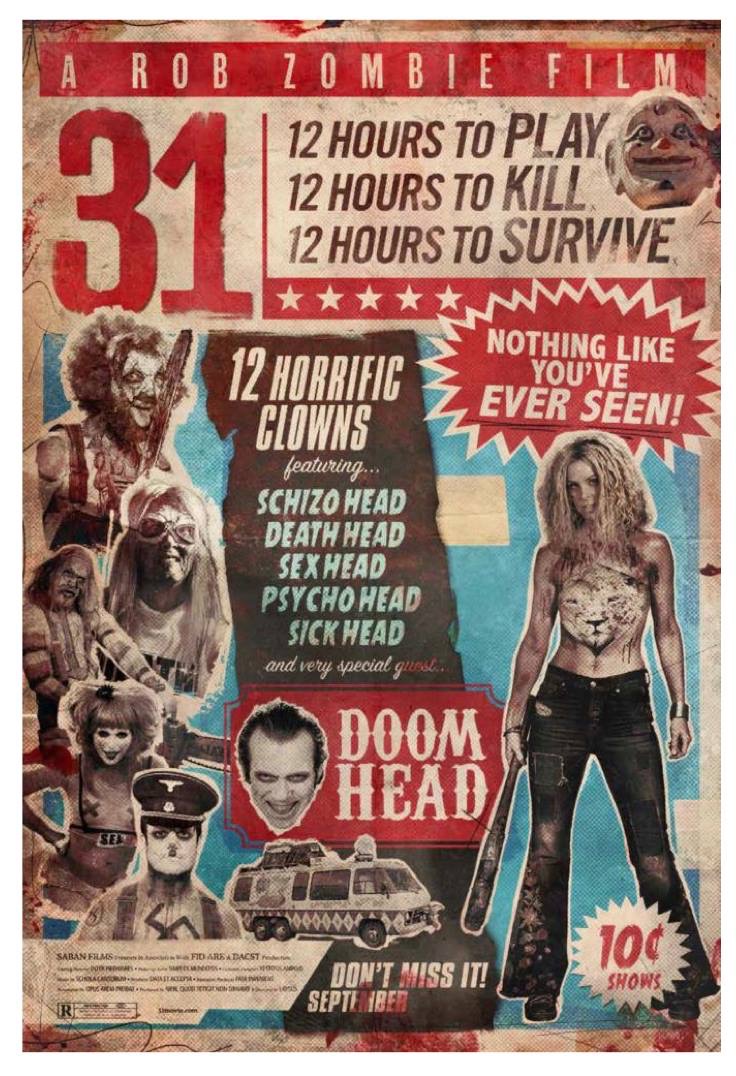 Look for this insane film on VOD platforms September 16th and in limited theaters October 21st via Saban Films.