I first saw Child’s Play when I was 5 years old (thanks, Mom!). Since then, I have loved horror movies, especially ones with living dolls. Chucky is gaining new popularity with the latest movie and a new one in the works, so I thought it would be a good time to share 10 things you might not know about the 1988 supernatural slasher film that spawned one of the most popular horror franchises of all time. The movie wasn’t always called Child’s Play. It began as Batteries Not Included and was eventually changed to Blood Buddy after Steven Spielberg made a movie with the same title. Chucky was also originally named Buddy.

The chant Charles Lee Ray uses to transfer is soul is in Haitian Creole. It’s roughly translated as “To the almighty Damballa, give me the power I beg of you! To the mercy of my soul. To the point of my death. Hear me out of from my condemned voice.”

Chucky originally was going to have a pretty unique feature. Back when the film was going to be called Blood Buddy, the doll was going to have latex skin and bleed when it was cut. It would require the kids to get bandages for their doll friends. This plays a big role in the original script. The movie was way different when Don Mancini first wrote it. Andy was going to do a blood pact with the doll, and the doll would then attack people who Andy felt had wronged him. His babysitter, his dentist, and his workaholic single mother were some of the original targets of Andy’s rage. He was not originally supposed to be the reincarnation of Charles Lee Ray. 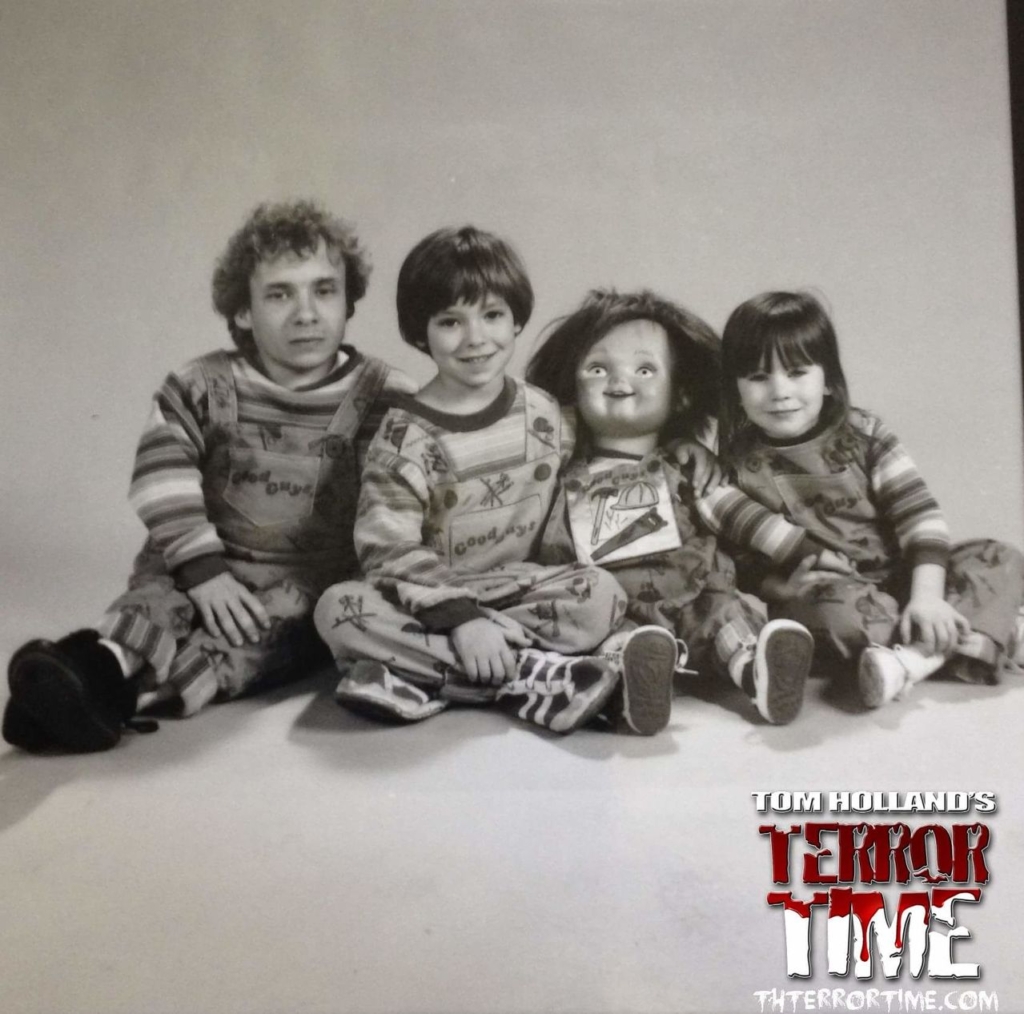 There was no CGI used in the first Child’s Play. Chucky was done with animatronics and real people. One scene was even done with Alex Vincent’s (Andy) little sister dressed up like Chucky. John Franklin, known for being Isaac Chroner in Children of the Corn, was also credited as being “Walkabout Chucky”. Ed Gale was also used to make Chucky move in most of the movies being credited as “Chucky Stunt Double” in the first film.

There have been two real murders where Child’s Play has been cited as an inspiration. The 1992 murder of 16-year-old Suzanne Capper was one of them. Suzanne was tortured by 4 people, while quotes from Child’s Play were used to taunt her. Remember kids, it’s just a movie.

8. Read All About It Brad Dourif was almost not the voice of Chucky. He was the first brought in to do the voice of Chucky, but when it came time to do the automated dialogue replacement, he was busy with another film. They replaced him with two guys who didn’t make Chucky threatening, they made him funny. Luckily, the test audience hated it, and Brad was brought back in.

Simon Stokes and Joe Renzetti wrote an original song for the ending credits for Child’s Play. They removed it because they felt it was too silly for a movie with a killer doll. Check out the closing song that almost was below.