While Hollywood seems to rehash more old material than support new ideas, 2019’s “Child’s Play” does manage to bring something fresh to the table. 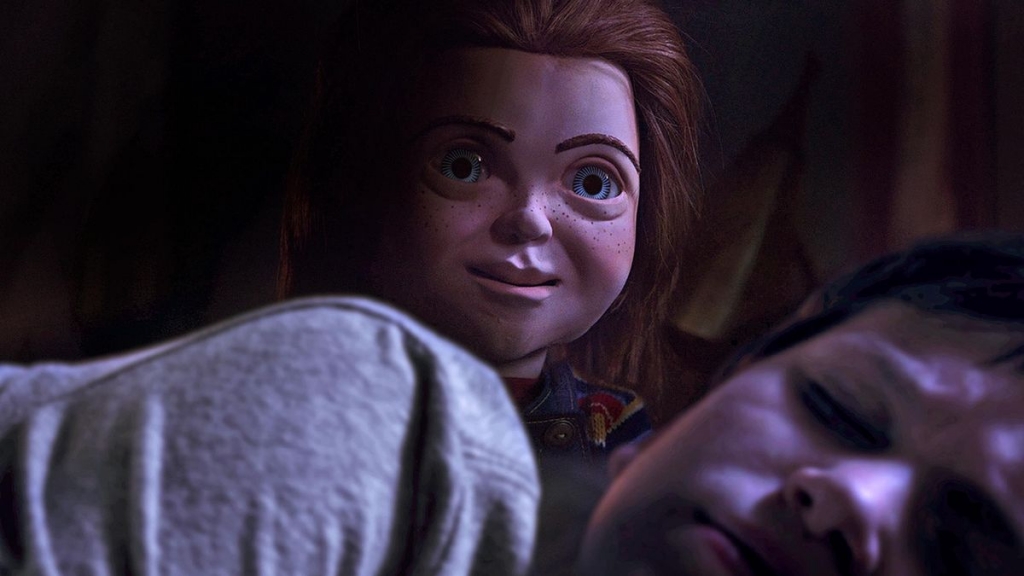 Reboots of popular franchises are balancing acts. In order to be successful, one needs to bring in enough fresh ideas to justify rebooting, but you can’t stray too far from the core of what made people like it in the first place. For many fans of the Child’s Play franchise, the movie that recently came out did not meet this standard. While it certainly changes fundamental aspects about its source material, I propose an argument that it’s still a delightfully gory and engaging horror film.

The main source of ire with fans involve the changes to the franchise’s main villain, Chucky.

In the original films, he had a wonderfully absurd backstory. Serial killer Charles Lee Ray is on the verge of death when, in a last-ditch attempt to escape the cops and save his life, he uses voodoo magic to transfer his soul inside a Good Guy doll. This toy is then purchased and taken into the home of Andy, the film’s protagonist. 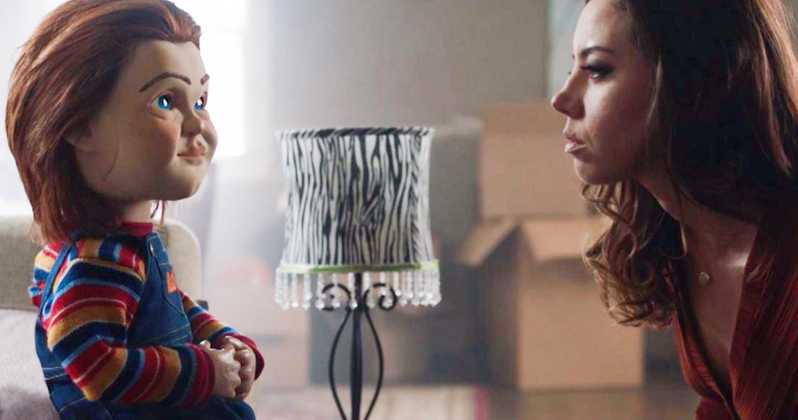 Despite being only three feet tall and barely having joints, Chucky manages to kill several people before being brought down: in the first movie, at least. On the surface, this setup is laughable. While his design is unsettling, having a goofy doll running around and brutally murdering people is a bit too silly to be terrifying.

What helps this narrative is the choice to lean into that hilarity. It doesn’t take itself too seriously, and this is shown with Chucky’s behavior.

He is a crude, charismatic force who will happily make jokes as he rips your eyes out. He has a deadly charm, which is mostly due to the fantastic voice acting by Brad Dourif.

Here, he is a toy with sophisticated AI that learns as it plays. A disgruntled factory employee decides to remove his safety locks as a final act of revenge before getting fired. While Chucky has some personality, it is less dynamic and in your face as his previous iteration. His origin and the movie’s plot feel more like a Black Mirror episode than a cheesy horror movie from the 80s, as it originally was.

There are some other, smaller issues such as Andy’s friends, Falyn and Pugg, being dull and flat. These characters are needed in the movie to create conflict, but audiences don’t typically care about them, most of the time.

While his personality may be different, the change gives audiences the compelling story of this version of Chucky’s descent from advanced toy to serial killer. Sure, he is malfunctioning, but at the start, all he cares about is being Andy’s best friend. It is tragic to watch this happen, as the movie dedicates a large portion of its run time to their relationship. 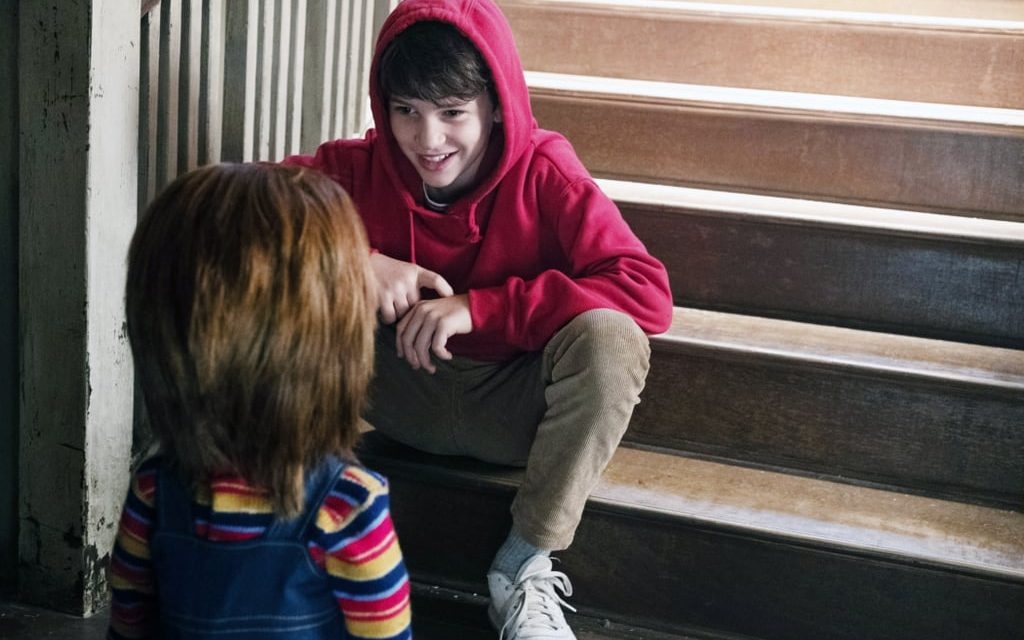 One could argue that their growing bond is the main plot of the movie.

Child’s Play 2019 follows a lonely boy as he finally finds companionship. With Chucky’s help, Andy gains self-esteem and makes new friends. Without him, Andy’s life would be much more miserable. By the time Chucky turns full murder-bot, it’s hard not to sympathize with the toy. In a way, this version of Chucky only starts killing to protect Andy because he believes violence is what kids love. It isn’t acting out of malicious intent, as it only wants the love of its best friend.

Things only get out of hand when the toy is abandoned by Andy near the end. This all builds to a wild climax where Chucky takes over several toys and attempts to kill a shopping mall’s worth of children and parents. It then builds to a sorrowful finale where audiences begin to realize Chucky is too far gone to be redeemed, even though all he wants is Andy’s friendship.

His final moments are honestly heart-breaking, which few would anticipate when going in to a killer toy movie. 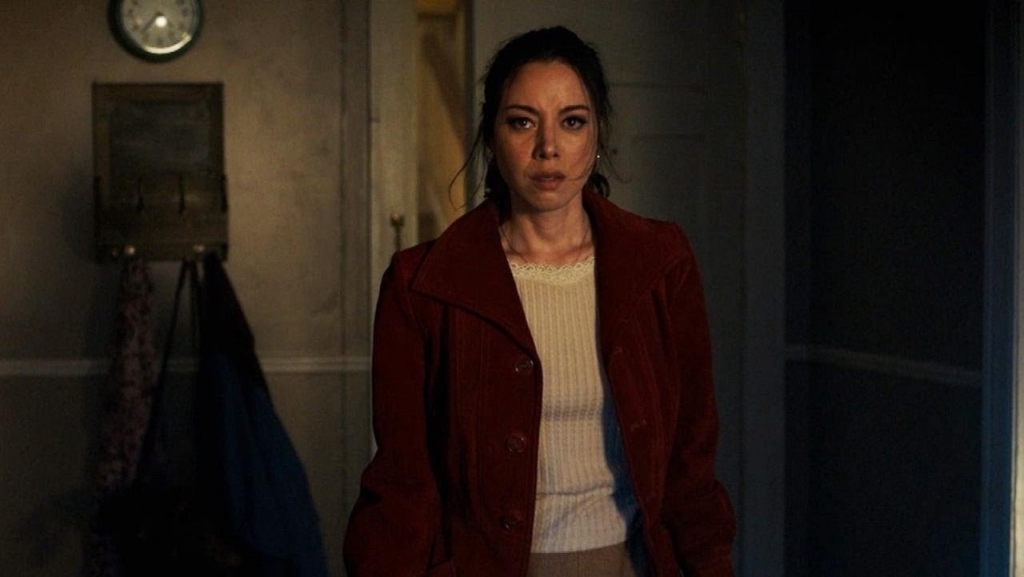 While they did change Chucky’s personality in some aspects, he is still as ruthless as ever.

The various kills on display are some of the most creative that have come out in horror films in the same year.

In Child’s Play, they come with an immense feeling of schadenfreude, as most of his victims are horrible people. This allows viewers to explore more sadistic sides of themselves through Chucky.

There is one scene where Andy’s mom’s boyfriend, who is cheating on her, falls off a ladder, and his shins break through his skin. A collective wince was felt throughout the theatre when this happened during my viewing. It is brutal, but even more importantly, the effects look fantastic and real. 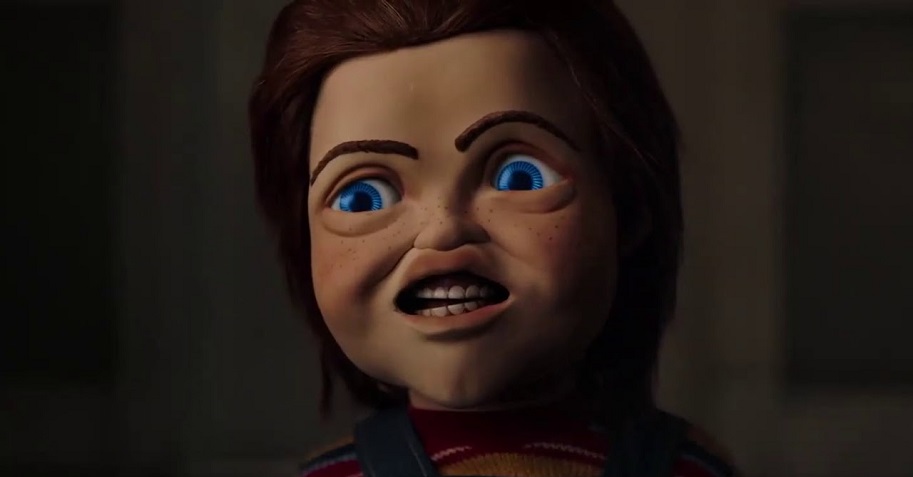 Another bonus is that the movie still has a twisted sense of humor, which the franchise has always done.

While each kill is gory, there is still a sense of humor about them that goes beyond mindless bloodshed.

The key example of this is when Chucky rips a man’s face off, then wraps it up like a present. Through an unfortunate misunderstanding, Andy’s neighbor ends up with the gift-wrapped head. We then follow Andy as he has the most awkward dinner of his life with said neighbor. It is a common comedy set up, but the fact it is taken to such a gruesome extreme adds another unique layer of humor. 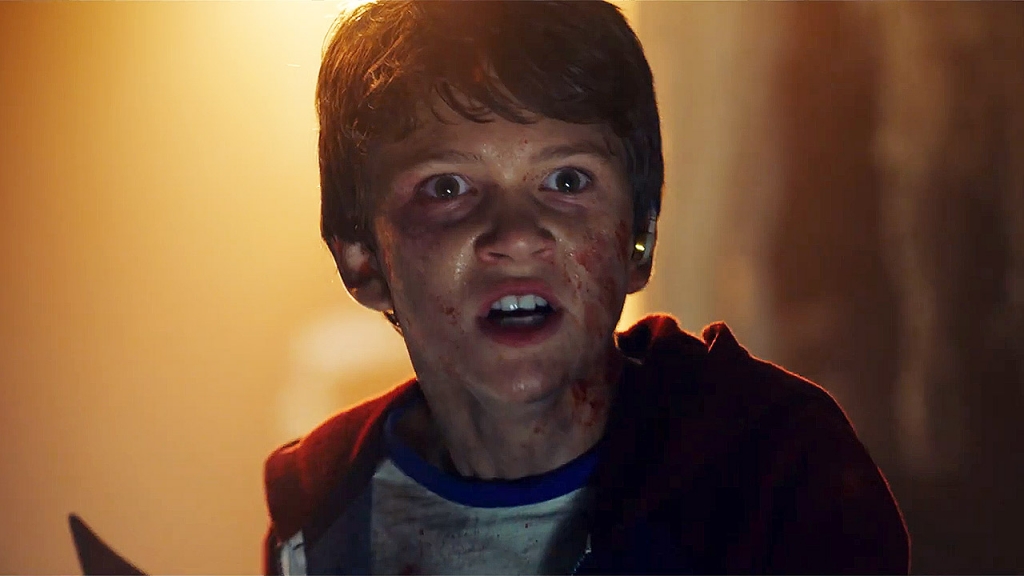 If you are a fan of the original Child’s Play, it is understandable why you would be against the existence of this movie.

However, remaking old franchises isn’t always a bad idea — and has been done successfully before. A remake or reboot can help breathe new life into a franchise, while introducing a new generation of horror fans to the old classics. Every once in a while, this effort to make something old new again can even result in the creation of a new horror classic, such a with 2004’s Dawn of the Dead (2004).

In my opinion, Child’s Play (2019) stands on its own as a good remake because it takes the franchise in a fresh direction while still respecting its roots.