It’s another awesome Women in Horror Wednesday, and we are so fortunate to have filmmaker Heidi Moore return for another guest review on our YouTube Channel. In case you missed it, Heidi previously shared her thoughts on Rob Zombie’s new film 31, which you can check out right here. This time, she’s got lots to say about Season 5 of American Horror Story, the FX horror anthology television series that she recently binge watched on Netflix. 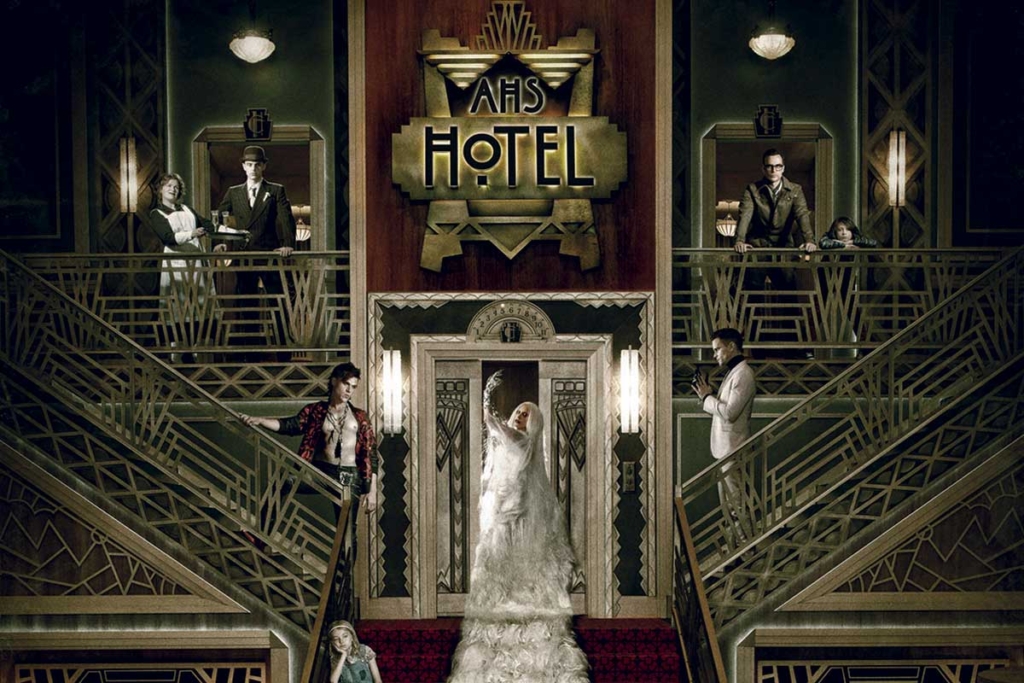 The season, known as “American Horror Story: Hotel”, originally premiered on October 7, 2015, and concluded January 13, 2016. It was the first season not to feature mainstays Jessica Lange and Frances Conroy, and series creator Ryan Murphy caused quite a buzz with the controversial casting of Lady Gaga as his new leading lady. Gaga, incidentally, went on to win the Golden Globe for Best Actress in a Mini-Series or Television Film. The series itself was nominated for Best Mini-Series or Television Film. Additionally, it garnered a total of eight Emmy Award nominations. However, this was the first time that a season of “American Horror Story” was not nominated for Outstanding Limited Series.

The plot of “Hotel” centers around the Hotel Cortez in Los Angeles, California. Run by The Countess (Gaga), a mysterious beauty with a taste for blood and the finer things in life, the hotel is host to the strange and bizarre. Loosely based on an actual hotel built in 1983 by H.H. Holmes in Chicago, which became known as the ‘Murder Castle’, the Cortez is ground zero for murder and mayhem. The show’s creators, Brad Falchuk and Ryan Murphy, hailed “Hotel” as a return to the series’ darker roots.

So, is “Hotel” worth checking into? Check out Heidi’s video review below. If you like it, please be sure to comment below or over on our YouTube Channel. And be sure to subscribe while you’re there for weekly video updates including reviews, top ten lists, classic film recommendations, and so much more.

Note: This review may contain spoilers.