Posted by:
Tags:  American International pictures house of usher Roger Corman tales of terror the haunted palace the masque of the red death The Pit and the Pendulum the premature burial The Raven The Tomb of Ligeia Vincent Price

In honor of Roger Corman’s 94th birthday, we’re counting down the films of his famous Poe cycle — 8 features inspired by the works of Edgar Allan Poe. 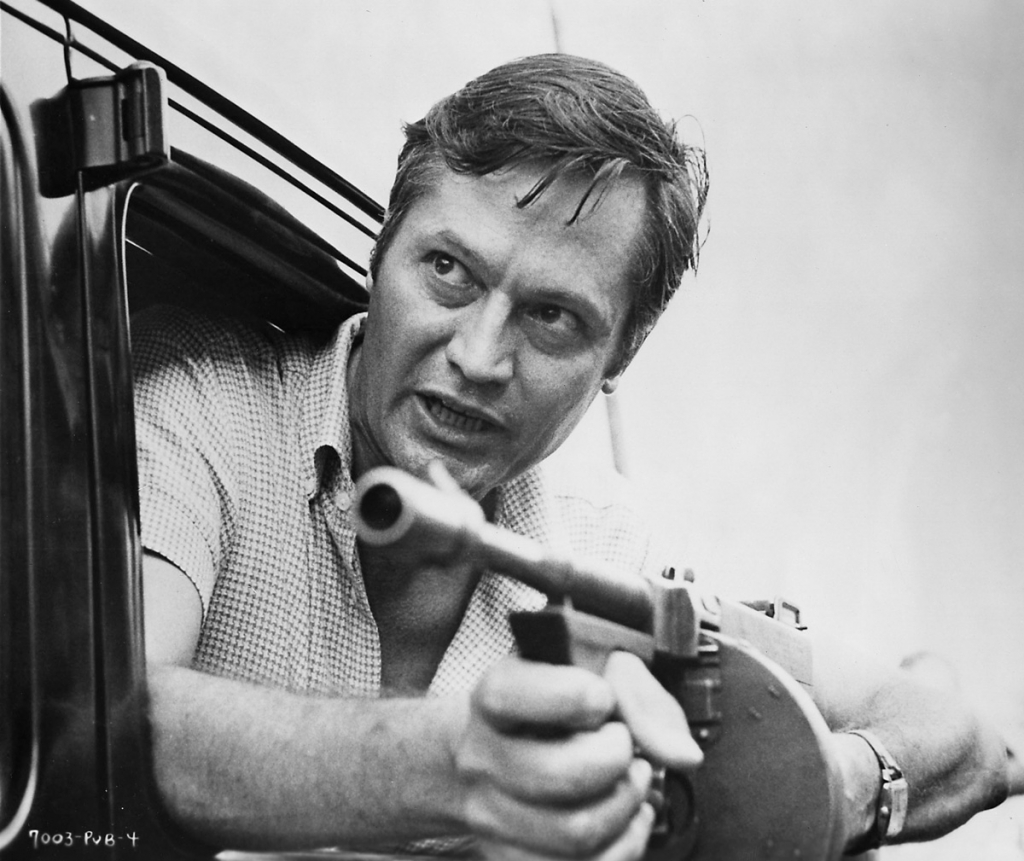 Roger Corman is one of the most prolific filmmakers of genre cinema. Known as the “King of B Movies,” his career spans over sixty years and is full of independent films that cover everything from horror to westerns and exploitation to creature features.

Corman was one of the key players in the formation of American International Pictures in 1955. Founded by James H. Nicholson and Samuel Z. Arkoff, AIP’s focus was on low-budget black and white films that were marketed toward teenagers and packaged as double features. Corman got his start with AIP and directed some of the company’s most popular films.

Perhaps Corman’s best work with American International — his best work period, if you ask me — is the “Poe cycle,” eight horror films he directed in the early 1960s loosely inspired by stories and poems by Edgar Allan Poe. With these films, Corman perfected his iconic Gothic aesthetic and gave Vincent Price, who starred in all but one of the films, some of the best roles of his career. 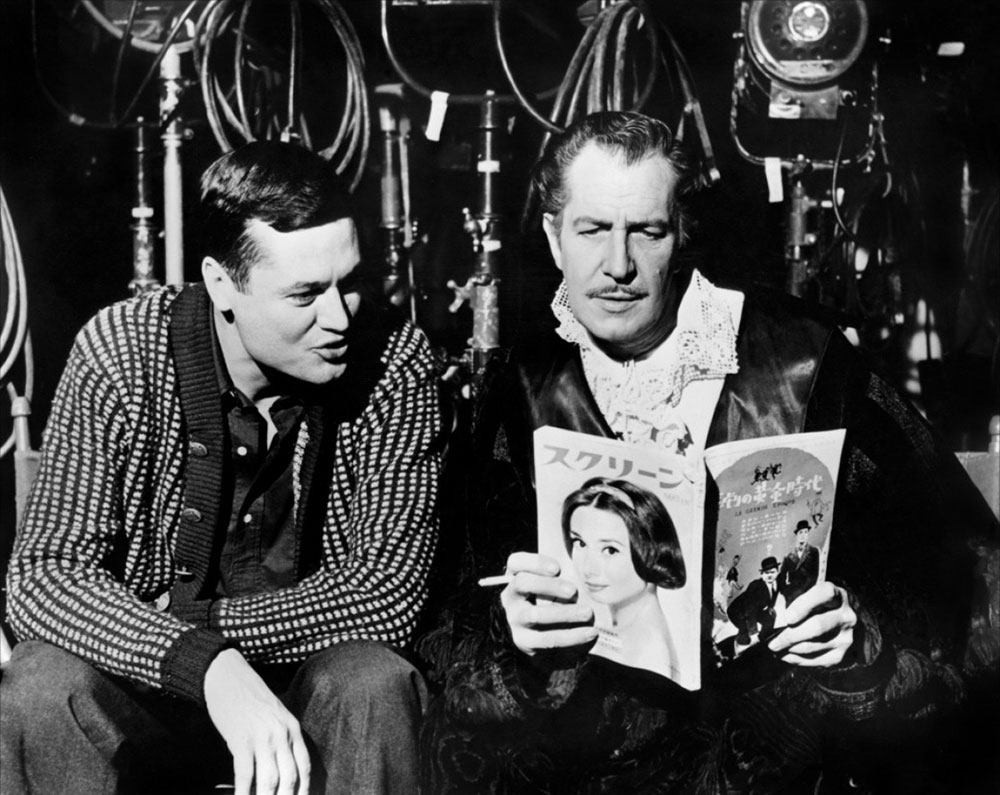 In honor of Corman’s 94th birthday, I’m counting down the eight films of the Poe cycle. I wouldn’t say this is a “worst” to “best” list, because that implies that some of these films are “bad” and I’d have to disagree. Some are certainly better than others. The formula that recurs throughout many of the films works better for some than for others, but they are each enjoyable on their own merits.

So instead of a “worst” to “best” ranking, I consider these films to be ranked from “good” to “better” to “best.” And if you’re thinking of watching the entire series (which you absolutely should), consider this my recommended viewing order. 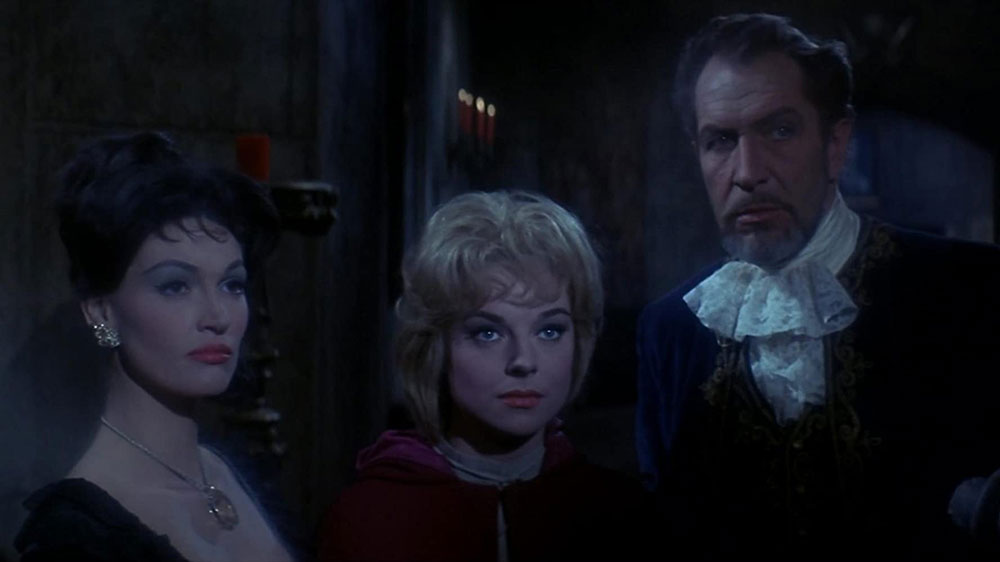 I said none of these films are “bad” and I stand by that, but The Haunted Palace sure is messy. The plot isn’t actually based on Poe at all, but on H.P. Lovecraft’s The Case of Charles Dexter Ward; the title was taken from a Poe poem in order to fit it into the series.

Vincent Price plays Joseph Curwen, a warlock who was burned at the stake, and his descendant, Charles Dexter Ward, who comes to claim his inheritance and ends up becoming possessed by Curwen. The Lovecraftian mythos are present — the Elder Gods are name-dropped, the Necronomicon makes an appearance — but they are underexplored. Once revived, Curwen is less concerned with the Elder Gods and more interested in resurrecting his old girlfriend and getting revenge on the descendants of the villagers who burned him alive.

Featuring familiar faces like Lon Chaney Jr. and Elisha Cook Jr. (who joined Vincent Price a few years earlier for a party at the House on Haunted Hill), The Haunted Palace tries to do everything right but somehow manages to miss the mark. It’s entertaining — it’s good — but it’s not up to par. 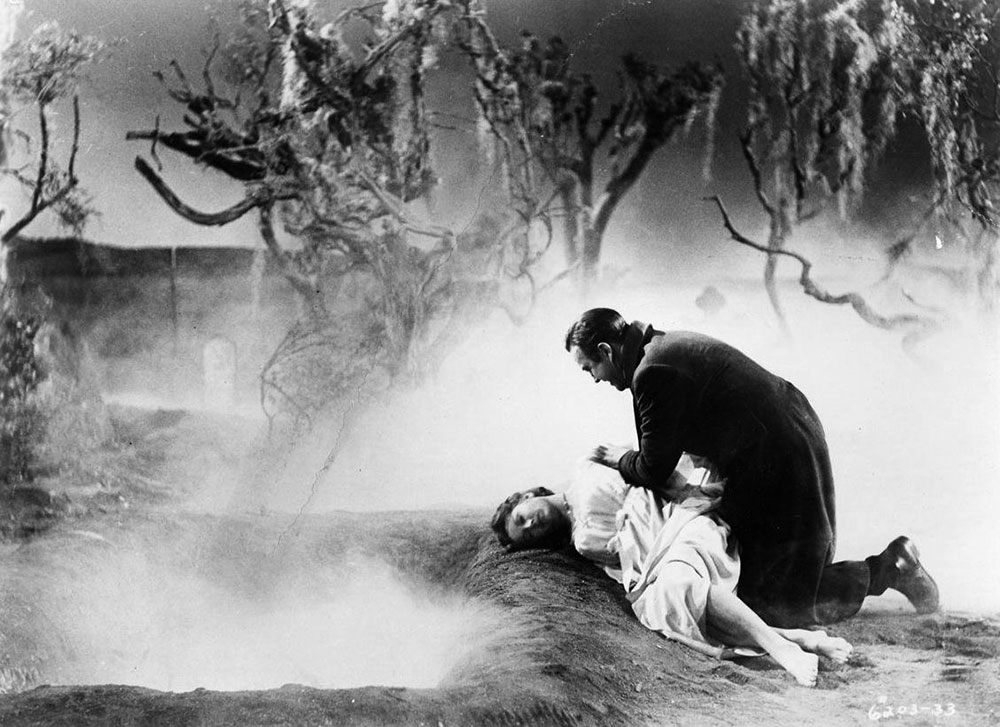 If I’m being honest, The Premature Burial’s biggest fault is that it doesn’t have Vincent Price. Ray Milland (Grace Kelly’s conspiring husband in Dial M for Murder) is a less compelling leading man; he doesn’t have the same intensity as Price, taking a subtler approach to his character’s descent into madness.

Milland plays Guy Carrell, who is consumed by his phobia of being buried alive. Corman regular Hazel Court plays his wife Emily, and if you’ve ever seen Court in a horror movie, you know she’s up to no good. Still, she lights up the screen in each scene, carrying the film with a presence stronger than any of the other players.

If I had to guess, I’d say at least 80% of this film’s budget went to fog machines. There’s a truly distracting amount of fog, but it’s really lovely and adds a lot of ambience to the film. Milland and Court spend a lot of time wandering around a foggy cemetery talking about being buried alive. That’s pretty much the whole movie, and I don’t want to keep beating a dead horse by saying that it would have been better with Vincent Price — but it really would have. (Fun fact: one of Corman’s protégés, Francis Ford Coppola, acted as assistant director for this film.)

After toying with comedy in his previous installment to the Poe cycle, Tales of Terror, Corman decided to dive in head first with The Raven, a farce that allows both Corman and Price to truly make fun of themselves.

Price plays a mild-mannered wizard who gets dragged into a rivalry between Peter Lorre and Boris Karloff. This trio would reunite a year later in Jacques Tourneur’s Comedy of Terrors, also produced by American International. Price and Lorre make a fabulous comedic duo, and their banter (sometimes improvised) is the centerpiece of The Raven. Alongside these heavyweights, Hazel Court returns as the not-so-“lost” Lenore, and a very young Jack Nicholson appears as Lorre’s long-suffering son. (Like Coppola, Nicholson is one of many future stars to cut their teeth under Corman’s tutelage; he also starred in The Terror and Little Shop of Horrors).

The film culminates in a flashy duel, full of special effects and physical stunts that were often uncomfortable for the aging Karloff. Despite this, everyone seems to be having a grand old time. The Raven is a ridiculous delight that shows that, in spite of the dark subject matter that most of these films deal with, Corman has never taken himself too seriously.

5. The Tomb of Ligeia

Originally, both Corman and writer Robert Towne didn’t want Vincent Price as the lead in