40 years later, John Carpenter’s essential horror classic, “The Thing”, is still just as chilling and effective as the day it was released. 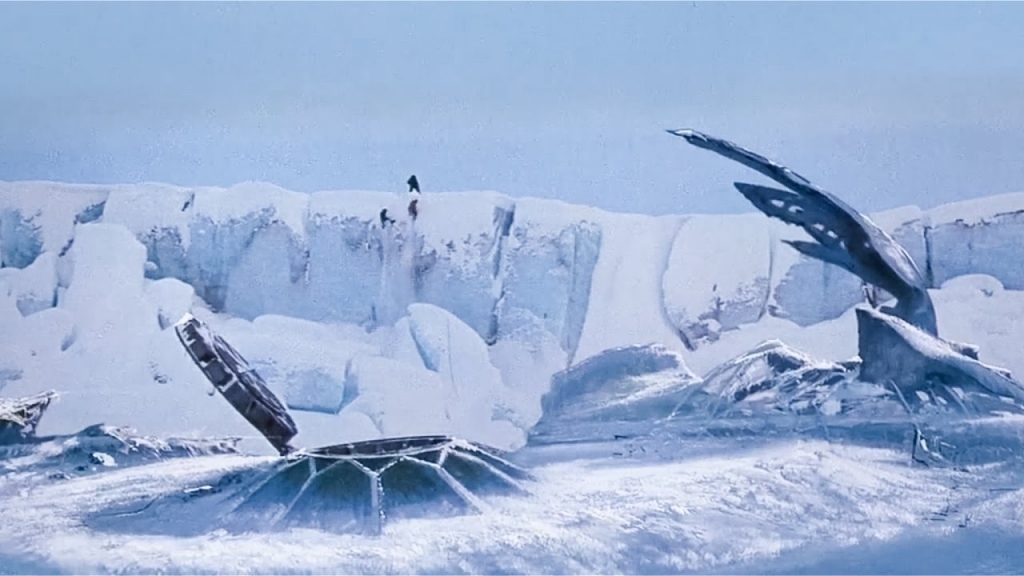 What makes John Carpenter’s The Thing have such propulsive discomfort and infectious tension? 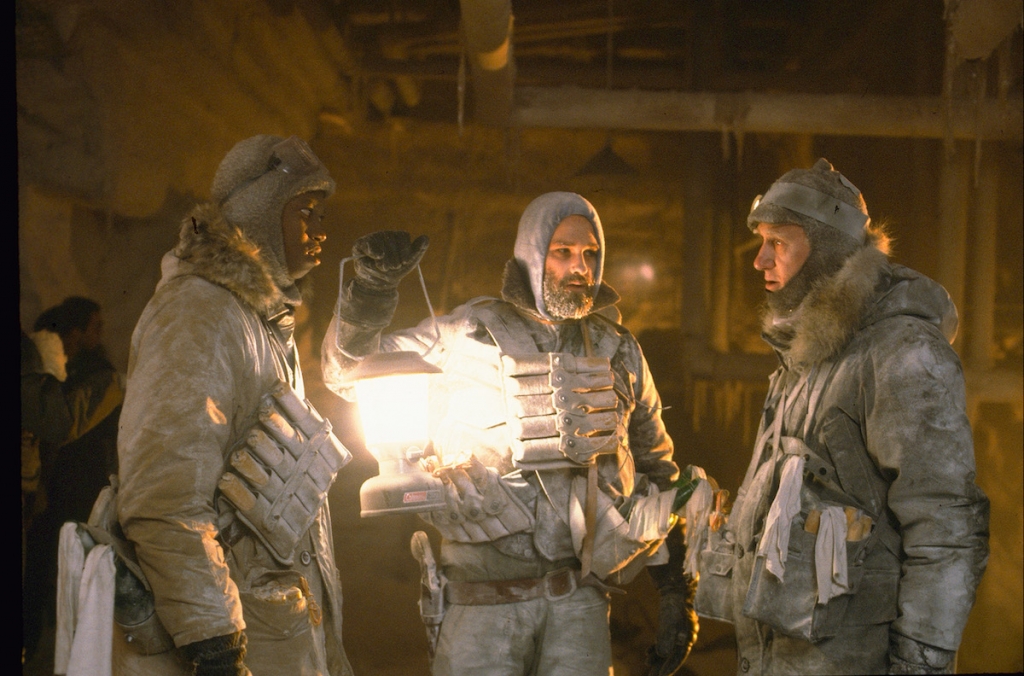 Not one single thing, but countless magical ones.

The Thing is more than just a monster movie; it’s a monstrous movie. The script is solid and sincere and not once does the human drama get hammy or careen over the edge.

Edge-jumping is what special effects/makeup creator Rob Bottin was there for.

22 years old and fresh off of The Howling, Rob Bottin was given a sky’s-the-limit greenlight from Carpenter to bring to life a creature that has no definitive features and only one purpose: assimilation. As the movie unfolds, we watch it absorb and imitate every sentient being it comes in contact with.

There is a feature-length documentary included on disc 2 of the Scream Factory version entitled Terror Takes Shape. If you’re a fan of the movie, it is essential viewing. The anecdotes are priceless, with two of my favorites being Richard Masur’s experiences with the wolf-dog, and how Bottin and his crew almost blew up the entire set during the Norris transformation scene.

Bottin gives us so many beautiful sights to experience. 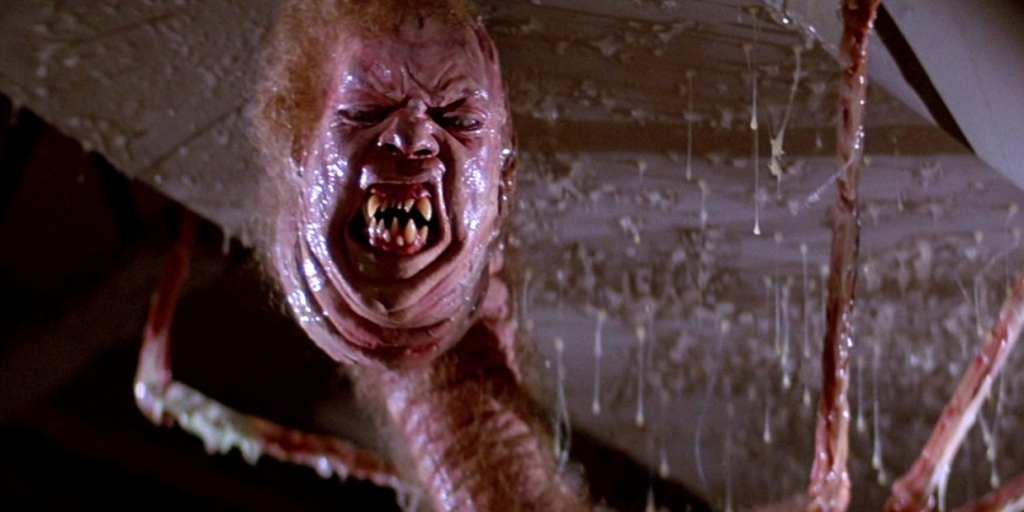 I can go on, but I probably already have your happy gore memory wheels spinning at top speed.

On a poorly-timed release date of June 25th, 1982, this hot mayonnaise-oozing beast took on an unbeatable mountain of summer blockbusters: Rocky III, Tron, Conan the Barbarian, Star Trek II: The Wrath of Khan, Fast times at Ridgemont High, and most notoriously, E.T. the Extra-Terrestrial. The heartwarming, bittersweet cuddliness of E.T. is known to have been one of the contributing factors to The Thing’s then-failure.

It’s wonderful to see how revered the film is now.

If the horror genre had a stone tablet of ten movies, The Thing would be one of them. 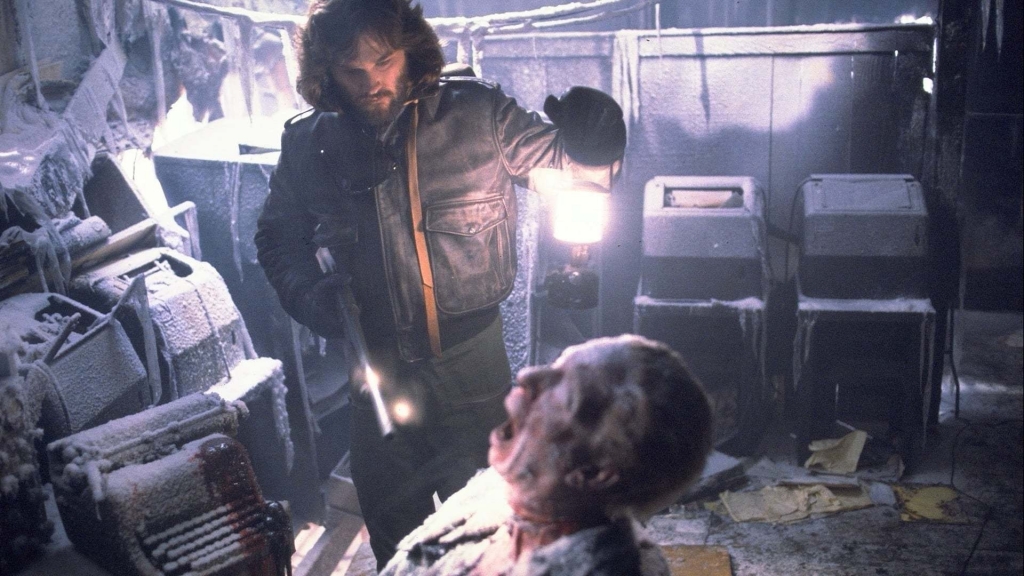 I think that’s why Carpenter is forgiven for his occasional missteps.

Back in the 70s and 80s, he cranked out some of the most mind-blowing horror films ever. One after the other, never slowing down. And The Thing was happily spinning right in the middle of that tornado of gore and ick.

One of my current healthy addictions is watching reaction videos on YouTube, and every single one of them seems to have done The Thing. Watching the twentysomethings hide their eyes under their pink Hello Kitty hoodies or freak out and take off their cutesy little anime earphones is a sadistic pleasure.

The ingredient that gives The Thing so much punch is the sensation of doom.

You know nobody will make it, and you can feel that thought sink into their minds as the movie progresses. The confrontations get more hostile, the creature grows deadlier by the second, and the characters drop like flies (for some, literally). The Thing is an exceptional experience in both suspense and out-of-control, brutal imagination.

And, just to put my two cents in, I believe Childs was infected, and there are two bits of evidence to support that: no breath condensation, and he wore a different jacket at the end. I find this last bit particularly damning because every other character stuck with clothing continuity, but Childs didn’t.

Remember, now, when The Thing attacks you, it rips through your clothes.