Disinformation and Paranoia in “The Thing” (1982)

In an unprecedented time of mistrust, dishonesty, and deep divide, we look to the lessons of “The Thing” for how we can fight back when all trust is gone.

We live in a time of paranoia and distrust. Political discourse has transformed into social warfare. What were once considered to be basic human rights are now disputed as a matter of opinion. Not only is this confusing, it’s frightening. What’s more frightening is that it has become nigh impossible to talk these issues through, because all meaning has been blurred to the point of blindness.

This situation is nothing new, though.

The Western world has struggled with disinformation and the fight for freedom for centuries. It seems to come and go in waves. Witch trials, McCarthyism, Watergate, Civil Rights, 9/11, and now the 2020 elections. When one side makes a play for power, the other responds with checks and balances. These checks and balances give the illusion that they work, but only because they are built in a system that is designed to benefit a select few while keeping the rest in line.

In less than the span of a year we have seen what happens. Twice. 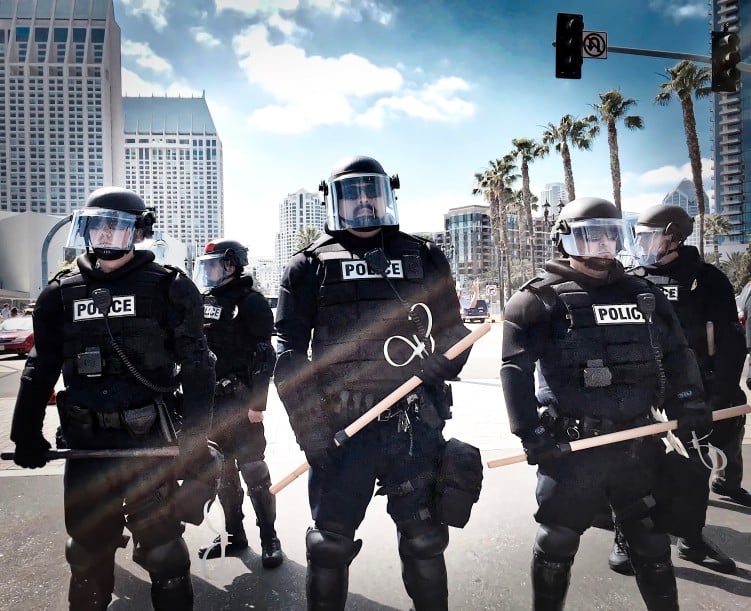 Each side of the coin has marched in the streets, called for accountability, and decried the injustices bestowed upon them. If you were to remove the key names of events and people involved, and only look at the rhetoric used, you would not be able to tell the two sides apart. This is the root of the issue.

If both sides are saying the same things about opposing views…who can you trust?

Horror films have warned us of this dire situation for a long time. Films like Invasion of the Body Snatchers, The Stuff, Pontypool, and They Live have all dissected the fear of those around us who look like us, talk like us, but are much different and far more insidious than us. The problem in reality is that anyone, no matter what your convictions may be, can feel this way about the people that oppose their views.

When everyone starts to behave the same with vastly different reasoning in mind, we begin to lose all sense of truth.

Where is the lie? 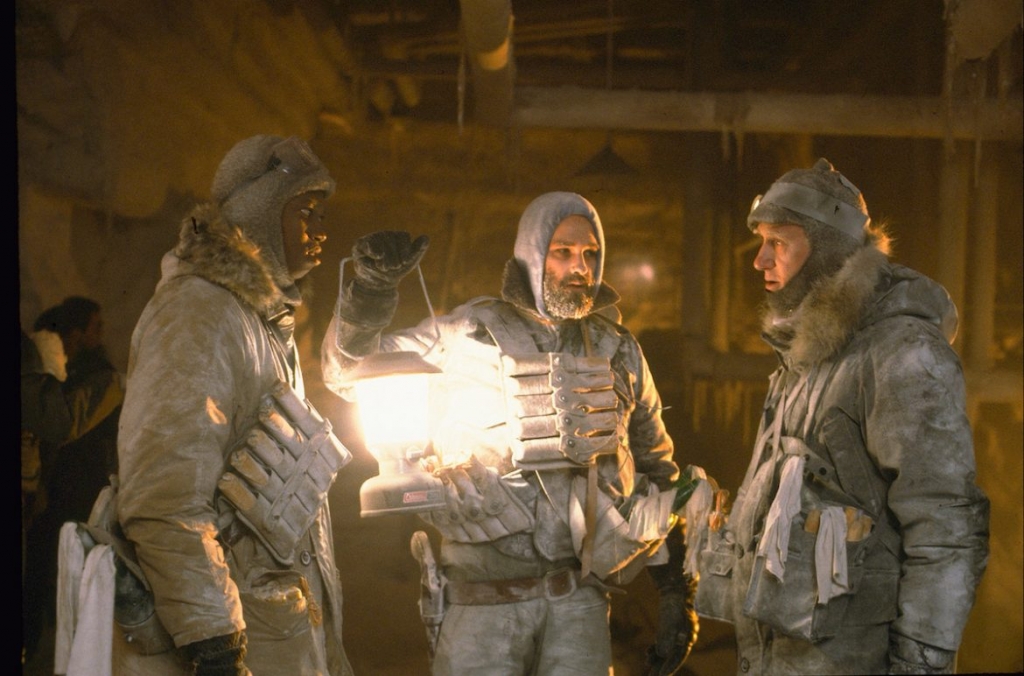 The film I feel covers this dilemma best is one of the most beloved horror films of all time, John Carpenter’s 1982 classic, The Thing.

The suffocation that comes with not knowing if you can trust anyone around you grips the viewer from the start and never loosens its grasp. As stated by MacReady (Kurt Russell) in the opening quote, the whole team stationed at the Antarctic outpost is worn down from always being on high alert. Usually they work as a team, and are prepared to face any threat together. However, when the threat takes the form of each other, what can they do? Who can they trust?

The major threat in The Thing might be an alien entity that can mimic the cellular structure of organic life, but it is nonetheless relevant to the issues facing much of the world right now.

The threat of assimilation to an ideal that threatens the very existence of your way of life is at the heart of Western social issues. 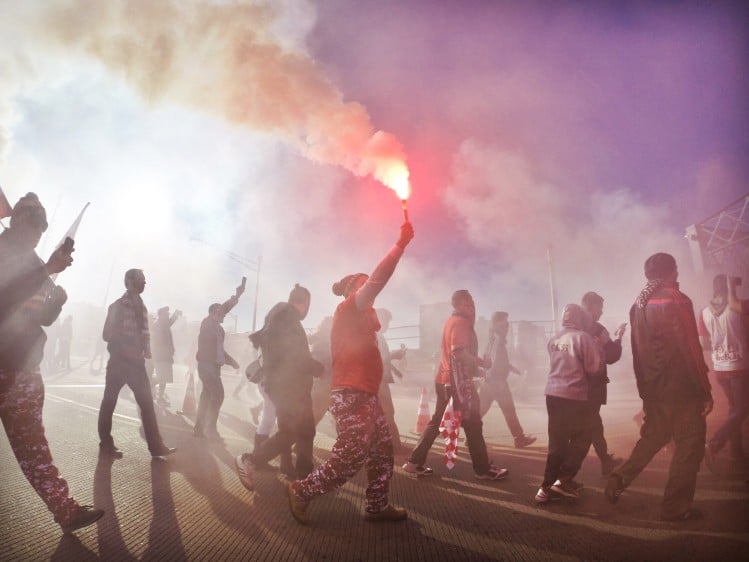 Like the team in the film, we are left unsure of what to believe anymore. You may think you know your neighbors, your friends, or even your family, only to find that their beliefs contradict yours to a profound degree. The result is communal espionage on everyone around us.

Perhaps the most dangerous part of this situation is that it may seem as if this is a dilemma of perspective and perspective alone. This is simply not the case. There is an objectively harmful and “wrong” side to this. The problem is that with the mimicking of each other’s rhetoric, critical investigation into what’s at the heart of the matter becomes too clouded for many to see.

The Thing illustrates this quite well.

Both sides are trying to survive. Both sides are also trying to destroy the other. If this is all that is taken away from the film, we learn nothing. Make no mistake, the alien in The Thing is not merely acting on instinct or being threatened by the human characters attacking it. At no point in the film does anyone stop for a moment to say that what they are facing is misunderstood or just trying to survive. It is made abundantly clear that the way the alien exists is disastrous for anything in its path.

The thing itself is actively attempting to assimilate everything in order to eradicate all diversity. Anything that is not itself is considered a threat or something that needs to be destroyed. This is the ideological threat we are all faced with right now.

Many people in power are making attempts to homogenize all thought to suit their own gain. They mimic the talking points presented by those suffering from the actions of the elite as a means to confuse and control. So far it has worked. Still, despite the similar rhetoric used by both sides, there are clear signs we can use to spot the people trying to exert control.

In The Thing it seems nigh impossible to tell who is a thing and who is a human.

For much of the film’s runtime the situation looks bleak, but MacCready and Dr. Blair (Wilfred Brimley) manage to uncover key signs that someone is a thing by maintaining a key eye and not getting swept up in the paranoia running rampant through the camp. Dr. Blair snaps under the pressure of understanding the severity of the situation, and responds with violence. Many of us might feel the same way right now.

When everything seems futile it often feels as if the only remaining course of action is to destroy the threat.

MacCready also seeks to destroy the thing, but he also wants to do his best to save as many people as he can along the way. Through cunning and critical thinking, he attempts to stop the creature before it can assimilate the entire crew. He comes very close, too.

We often see him musing about the unique traits and tell tale signs that the thing has been nearby. He notes the tattered clothing it leaves behind when it replaces someone. He takes the knowledge that if fire is the best way to destroy all of the cells of the organism, it stands to reason that its cells would steer clear of heat.

This, in turn, leads to the tense blood sample sequence in which we find out who among the team were or were not assimilated at that time.

The tell-tale signs of the fascism that has led to recent civil distress can be found in how people — especially people in power — respond to logical situations. Accountability is called “censorship”, constitutional rights are only prevalent when they suit their needs, equal rights and diversity of power is “radical”, whereas homogeneity of power and diversity of rights is acceptable.

They call for extreme measures only in their favor, and call for “healing and unity” when things do not go their way. They use and abuse the words of their victims in a way that mocks their victims’ suffering while muddying the meaning behind their words. These signs are not always easy to spot.

Many frightened and confused people have been swept up in the confusion. They have chosen a side — not out of true belief, but out of fear. The side that sounds the safest earns their trust.

The same holds true in The Thing.

These men often come to the aid of their closest friends without hesitation. Their fear clouds their rational judgement and they don’t realize the mistake they have made until it is too late.

In reality, these are our friends and family. They our closest allies, who shock us with who they support, and how they can so staunchly defend people that have done nothing but punch them down time and time again. We see this in fandom as well. Who cares if a filmmaker has abused people, as long as you like their movies? That’s an attitude that is lacking the critical thought necessary to stop abusers, fascists, and the people that mean you nothing but harm.

Still, we can spot these individuals in the chaos.

You will know for yourself if the behavior displayed by your family, friends, and colleagues is antithetical to how you know them normally. Only by openly talking about the reasoning behind our thoughts and actions can we weed out the evil around us. Those who are worried of losing their power or their freedom to steadily abuse others will do everything in their power to not have this conversation.

Some of the people you love may be lost causes, but only you will know when that is the case.

Conversation, clarity, and fighting for the rights of others is the fire to the “thing” that is fascism in the world today.

We have already caused a stir. The entity is writhing and shouting in the darkness. Wounded and weak. If The Thing should teach us anything, it’s to stay alert and weigh your thoughts with and within reality carefully. More paranoia and doubt will only aid the monster that seeks to assimilate us all.

Things may not have ended well for MacCready, but we have a fighting chance. We just need to stop succumbing to the demands of the monster. Support diverse voices, join their causes, and learn when to step aside. We can’t all be leaders all of the time. By knowing when to lead and when to follow we can stop this thing. Make fascists afraid.