“Elves” manages to turn a ludicrous holiday horror story into a magically fun midnight movie that does for Nazi elves what “Jaws” did for the water. 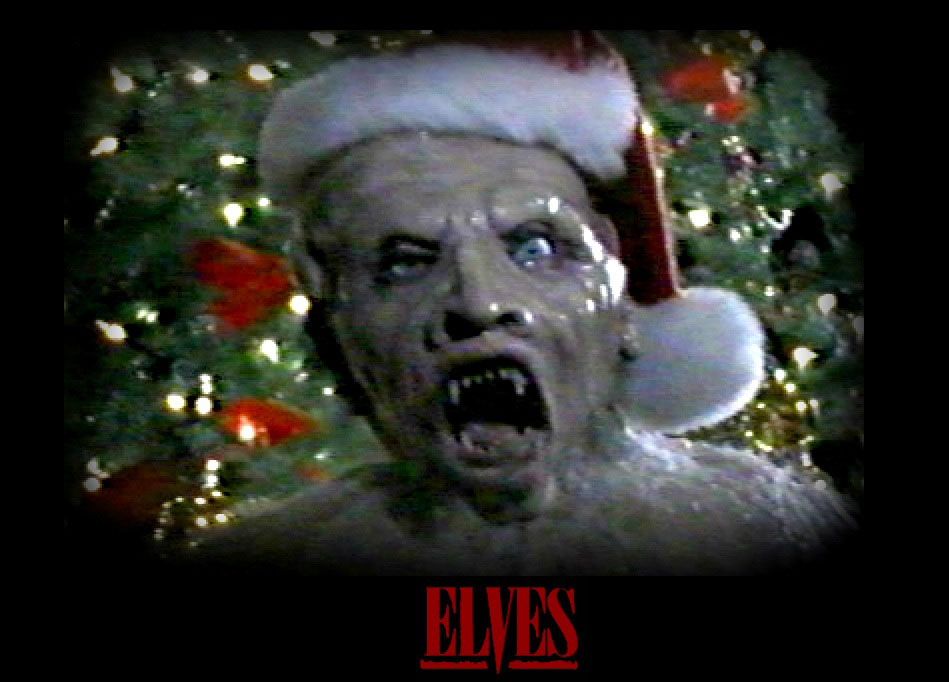 The film opens with three girls in the woods calling on “the sisters of anti-Christmas.” It’s something of a witch-like ritual that needs to be close to Mother Earth, hence the wooded setting. When one of the girls accidentally cuts herself and drips blood on the ground, they decide to leave. What the girls don’t know is that the beginnings of their ritual and the blood on the ground summons an evil Christmas spirit in the form of twisted killer elves!

Elves is the kind of over the top trash that you secretly watched late at night when your parents went to bed.

It’s the VHS they’d never let you rent. And that’s probably all for good reason. In the first 20 minutes we get an 11 year old kid saying ‘fuck you’ twice to his older sister, a heartless mother drowning a cat in the toilet, and a mall Santa feeling up teen girls and sniffing cocaine. It’s all trash in the best way possible. Wonderful, fun, over the top, midnight movie goodness that is a complete blast to watch. 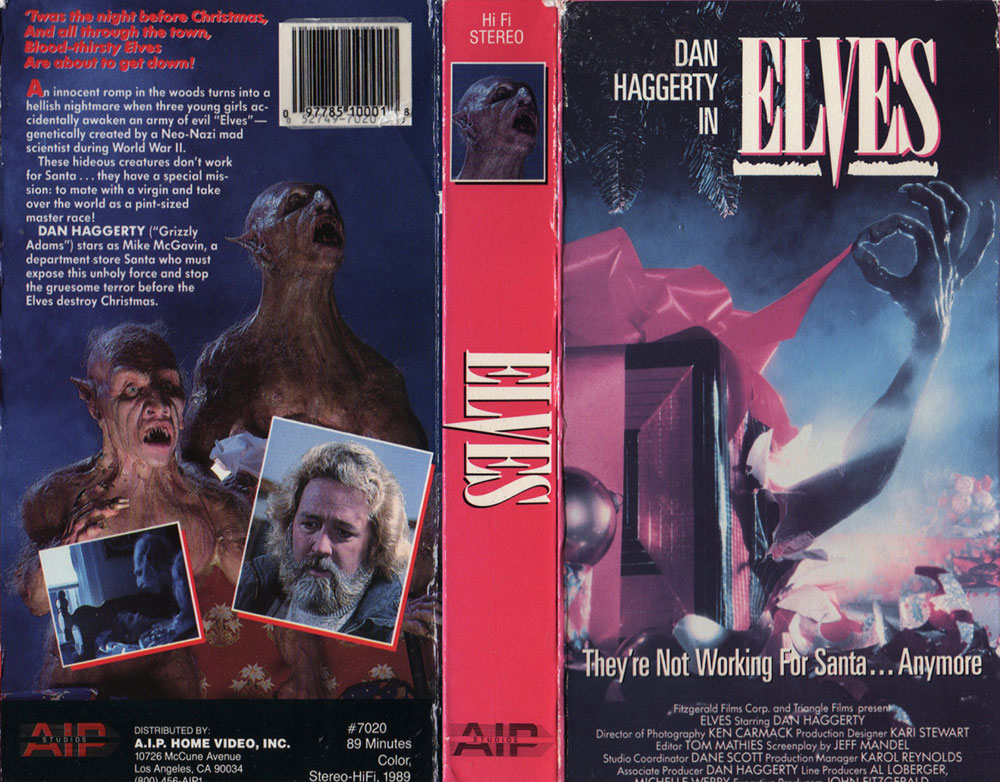 Now don’t get me wrong, Elves is not a “bad” movie. It has good production value, decent effects, and the acting is right where it needs to be (PJ Soles from Halloween would “totally” fit right in with the 3 female leads). The film doesn’t appear to have been approached by writer/director Jeff Mandel with a disregard for the art form. Even the editing is pretty damn good to tie this story together.

Did I mention the Nazi scheme involving elves impregnating young virgins to breed a master race? How about the soap opera like family dynamic that involves secret inbreeding? It’s the sincere filmmaking effort combined with the ludicrous plot that makes Elves such a good time. 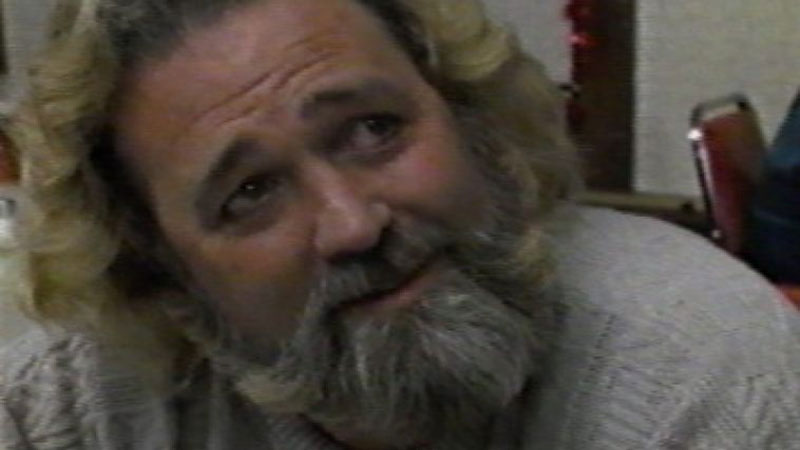 There are moments where the filmmakers seem to hint at the idea that they know Elves is a ridiculous production. A sign that reads ‘Gift Ideas For Mom’ is hilariously placed beneath a rack of guns in a department store. Later in the film the younger brother asks his sister, “are we going to be alright,” to which the sister replies with emotionless, deadpan delivery, “no Willy, Gramps is a Nazi.” All of this adds to the head scratching charm of the movie.

A movie that achieves so-bad-it’s-good status is like catching lighting in a bottle. It can’t be done on purpose and usually takes a filmmaker that is trying to make a serious film not looking for intentional laughs: think Troll 2 or The Room. Elves fits that mold effortlessly.

And there’s Grizzly Adams himself, Dan Haggerty fighting off all the evil, anti-Christmas in the best casting as a Santa figure this side of Kurt Russell. So turn on the tree lights, light some candles, and spike the egg nog — because Elves is the best gift you didn’t know you wanted.