We conclude 50 Years of Holiday Horror with a Christmas movie like no other — and one not to be missed — the excellent foreign import “Rare Exports”. 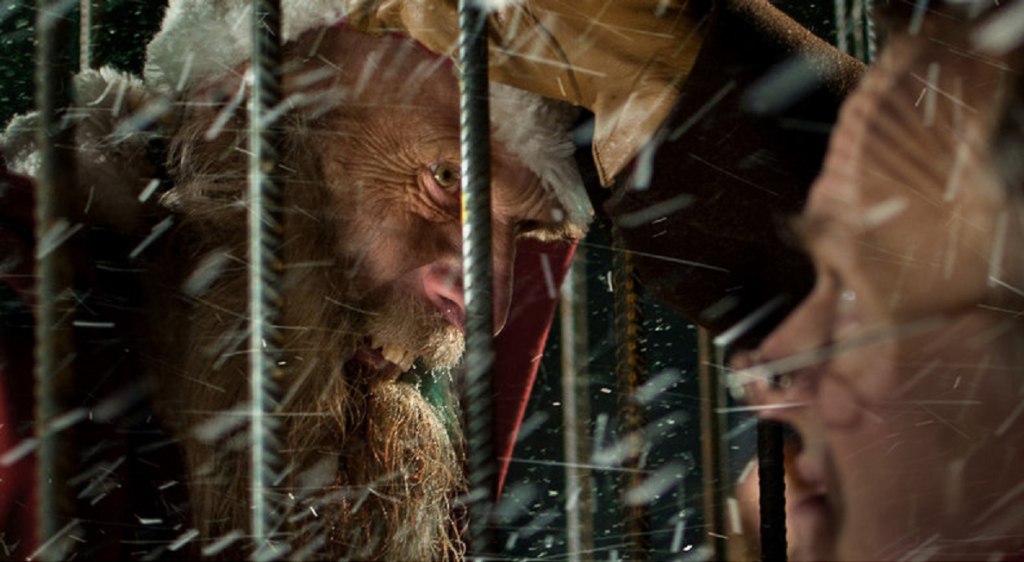 We continue “50 Years of Holiday Horror”, in partnership with our friends at Horror Hut and Scream Stream — a look at holiday horror from the 1970s through the 2010s. Our pick for 2010s era holiday horror is the truly unique and unforgettable 2010 horror film Rare Exports.

Written and directed by Jalmari Helander, Rare Exports (2010), is a Finnish horror movie that follows a young boy, Pietari (Onni Tommila) and his friend Jusso (Ilmari Järvenpää), who believe a secret mountain drilling project near their home in northern Finland has uncovered the tomb of Santa Claus.

Unlike the cheery St. Nick we know and love, this is an evil and monstrous Santa. When Pietari’s father (Jorma Tommila) captures a feral old man (Peeter Jakobi) in his wolf trap, the man may hold the key to why reindeer are being slaughtered and children are disappearing.

The 2010s are being heralded as a new renaissance for the horror genre, and with Rare Exports coming out right at the beginning of this decade, it’s clear that it’s an early example of this renaissance. 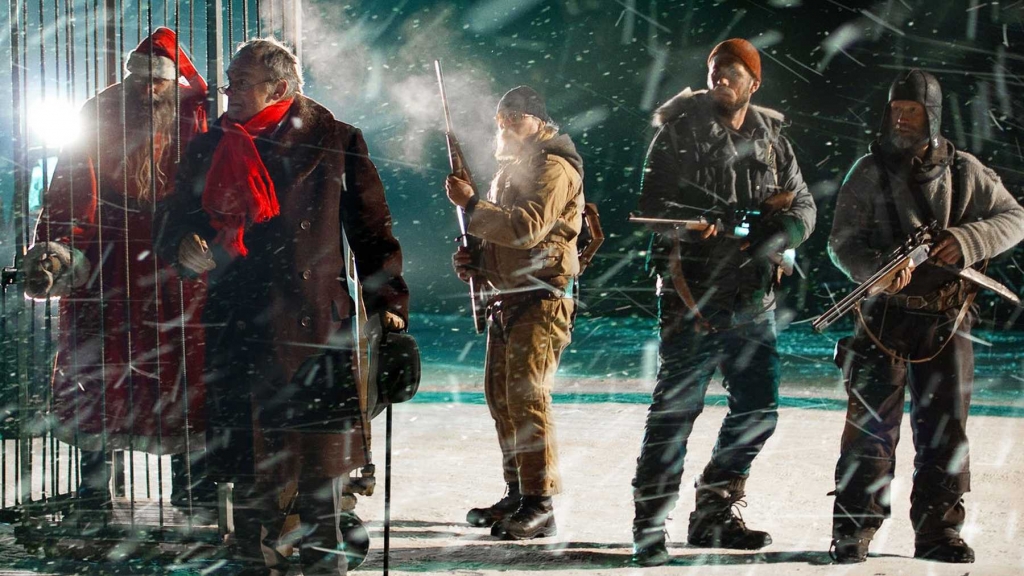 The horror movies of the 2010s are largely being characterized by pushing the boundaries of horror even further than they have before. Not to mention, in this past decade alone, it’s been easier than it’s ever been to see foreign horror movies because of many streaming services available to us.

And thank goodness for all of that because, without it, we may never have been able to see the Christmas gem that is Rare Exports.

Check out this short primer of the film from Horror Hut, and then keep reading for more our in-depth coverage of this festive foreign treat.

I can’t sing the praises of this movie enough, as it works on so many levels.

Just looking at it from a horror standpoint, it’s a solid film. The film is centered around that classic childhood fear that something is coming to take us away, and our parents won’t believe us.

Few things are scarier as a child than having to face monsters all on your own. And it’s so darn easy to feel a connection to Pietari who, I have to say, is one of the cutest horror kids ever, running around in his makeshift armor and talking to his teddy bear…monkey…thing, Vuppe. Pietari is such an effective horror movie character, because you just can’t stand to see anything bad happening to him.

There is a nice, healthy dose of isolation horror. 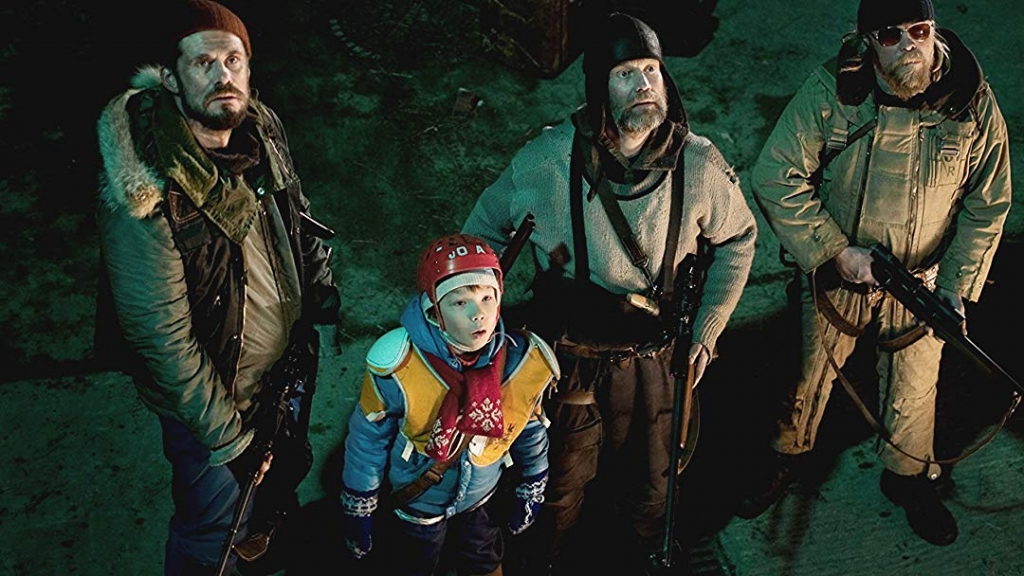 The story takes place in snowy Lapland, a province of Finland. Pietari’s father, Rauno, who runs a reindeer slaughterhouse, is having his business ruined – so he thinks – by wolves who are getting to the reindeer before he can. It appears as though the men live out far enough away from civilization for their work, which just makes it scarier that something is out there in the dark, cold wilderness. And with so much going on, Rauno doesn’t pay much attention to Pietari as he is trying to save his business from bankruptcy.

As if that wasn’t pulling at your heartstring enough, you may have noticed the actor playing Rauno and Pietari have the same last name; that’s because they’re actually father-and-son in real life as well as in the movie. How sweet!

Getting into the nitty gritty, the CGI – as CGI is wont to do – has not aged well in the past decade, but that’s to be expected. Thankfully, the CGI isn’t used throughout, so it’s easy to overlook.

The folklore in the movie is so unique, drawing on old stories of Santa Claus punishing naughty children instead of just giving them coal.  I guarantee you’ve never seen Santa, or his elves, quite like this before. I’m wary about giving too much away, because I believe everyone should give this a watch, unspoiled, but believe me when I say this is unique!

Finally, this is, of course, a Christmas movie. 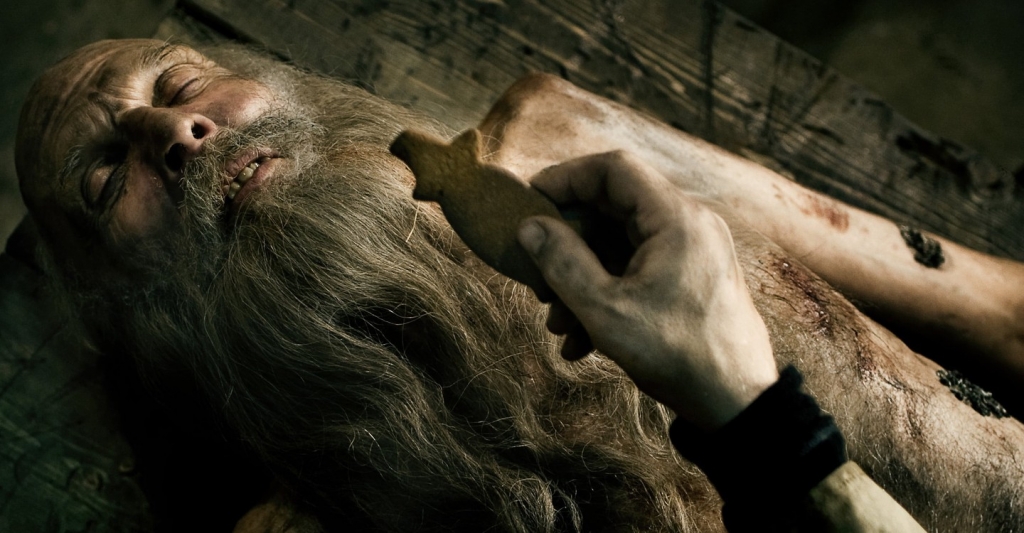 If you haven’t already, treat yourself to a viewing of Rare Exports this season, you won’t find another Christmas horror quite like this one!