Fund It Friday: Dangerous to Know

Off to a historic start, the psychological thriller “Dangerous to Know” is currently raising funds on Kickstarter and is well worth contributing to.

A fully completed feature film called Dangerous to Know recently launched a campaign on Kickstarter to raise funds to get the film rated for distribution and to cover the cost of entering it in festivals. The campaign got off to an incredible start, boasting the best first day ever for a movie on Kickstarter that didn’t have an established Hollywood actor attached from the start! Even Doctor Sleep and The Haunting of Hill House director Mike Flanagan made a contribution.

Written and directed by award-winning, global bestselling author David Simpson, Dangerous to Know is a psychological thriller, a neo-noir with a femme fatale who doubles as the anti-hero.

The filmmakers say the film “has reversals throughout to keep your attention glued to the screen. It knows you’re programmed to think the movie is going one way, and uses that knowledge to make sure the unfolding plot is unpredictable.”

The filmmakers utilize an interesting technique within the storytelling and structure of the film referred to as the Zeigarnik Effect.

As they explain, “simply put, it’s a psychological effect that resets your attention span by giving you a new mystery for your mind to puzzle over. Each time one mystery is resolved, it’s replaced by something new, and likely something you couldn’t have predicted. Binge-watching is the result of the same effect.”

A psychological film using a psychological effect on its viewers to tell its story? That sounds incredibly ambitious and wildly smart.

So what is Dangerous to Know actually about? 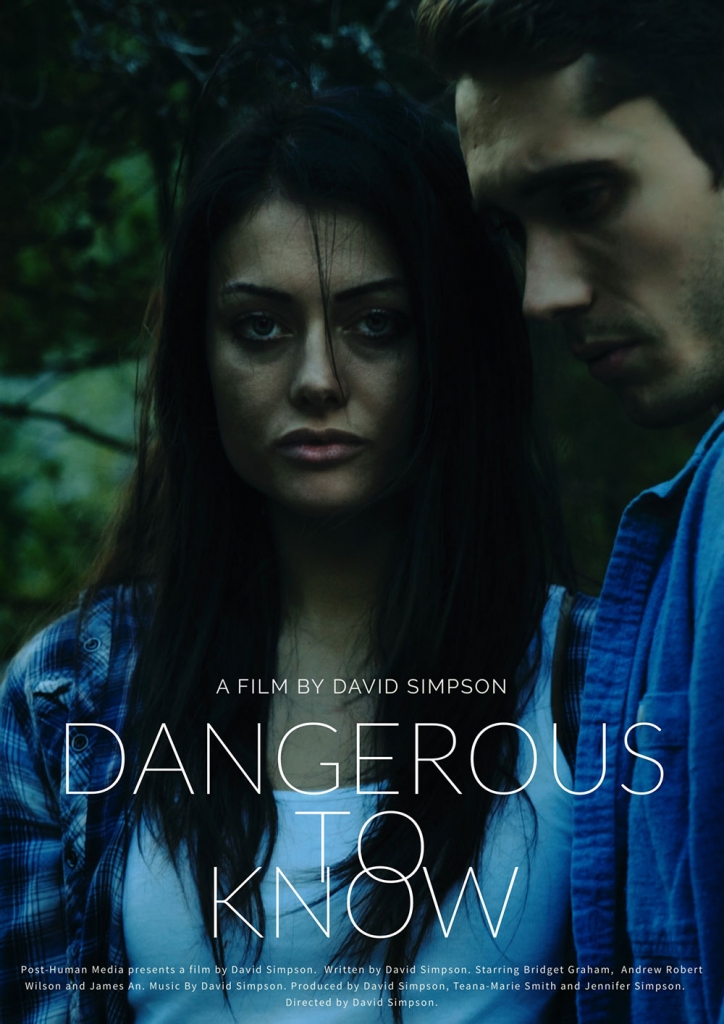 According to IMDb, a young woman recovers from a suicide attempt in a secluded cabin, but things quickly go horrifyingly wrong when a series of unexplained incidents occur. The filmmakers also have this to offer: “Bridget is dangerous…she’s manipulative…Bridget definitely isn’t a hero…and she certainly isn’t stable…but is she a murderer? Or is it all in her mind?”

The Kickstarter page tells viewers to “get ready for a twisting—and twisted—tale that will bend your mind and keep you guessing until the last frame. Dangerous to Know is the first part in the first psychological thriller film-trilogy tailored for intelligent adults.”

Starring Bridget Graham (Pixels, Hemlock Grove, Manhattan Undying) and written and directed by David Simpson based upon his novel, Dangerous to Know offers a dark and mysterious trailer for people to check out along with a passionate video pitch from Simpson. This film looks damn good, and fans are urged to donate what/if they can or to simply share the campaign.

Let’s help get this film funded!