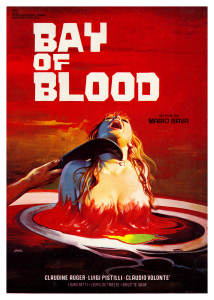 Synopsis: A rich, elderly woman is murdered by her husband. Before he can enjoy his spoils, he is killed by an unknown assailant. In order to obtain control of her fortune and the bay, a killing spree begins in this crazy whodunnit story that inspired the slasher genre.

We’re in a beautiful setting, surrounded by a long stretch of water and a lush forest. Throw in some money hungry people with no qualms about killing to get what they want, and you’ve got Mario Bava’s A Bay Of Blood.

After the initial murders of the Countess & her husband, we are introduced to four teenagers that (in my opinion) are hugely annoying. There is no reason for them to be in the film other than to have four extra murders (thank god they were killed off). It is two of these inventive kills that were ripped off by Friday 13th Part 2, despite the director saying he has never seen this film. The axe to the face (billhook in Bay) and the spear that is impaled through two people having sex are the two that are directly copied. The latter is the best kill in A Bay of Blood – it certainly wasn’t the kind of penetration that the girl was looking for, but you gotta stick with what you can get I guess. 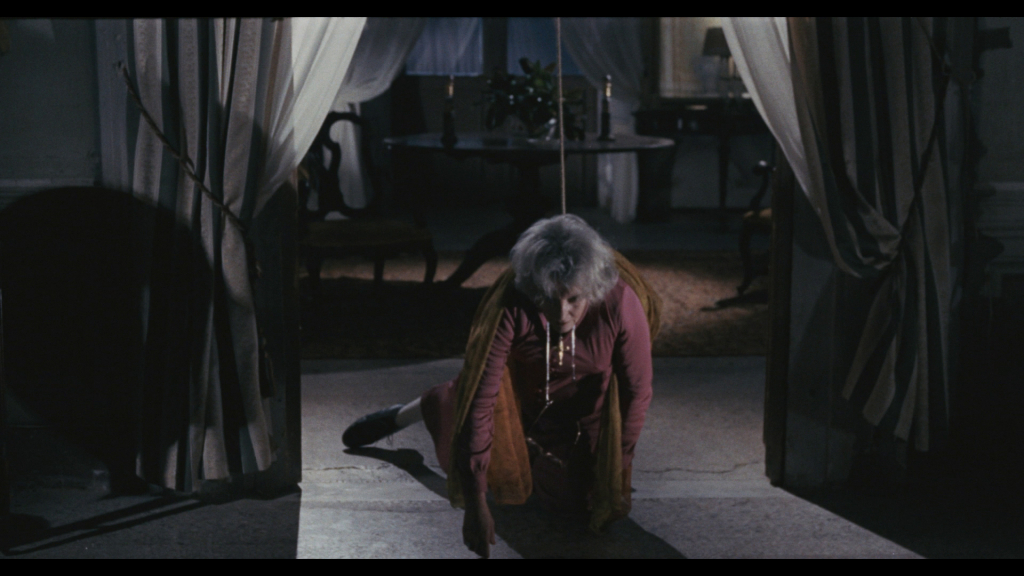 A Bay of Blood kept me hooked, as I was eager to find out what would happen in the end and who would end up with the money. The shock ending is something to keep watching for and, as strange as it is, it’s fitting for a film that is as twisted as this one. The characters are about as despicable as anyone can get…so the ending that we are given just works.

The cinematography is good, and Mario Bava did well with what he had or didn’t have, most notably the lack of trees. Whilst the viewer thinks that they are looking at a vast forest, it is in fact very sparse and camera trickery comes in to play. The film is dark and atmospheric, lacking lighting in some places . There are a number of cutaways to the lake, the sun, and some trees. While it’s nice to see the beauty of nature contrasted with the hideous behaviour of the characters, there is sometimes too much of it. I felt at some points that the film was being padded out with these lingering shots on inanimate objects, and I just found myself wondering, “Why am I looking at this right now?” 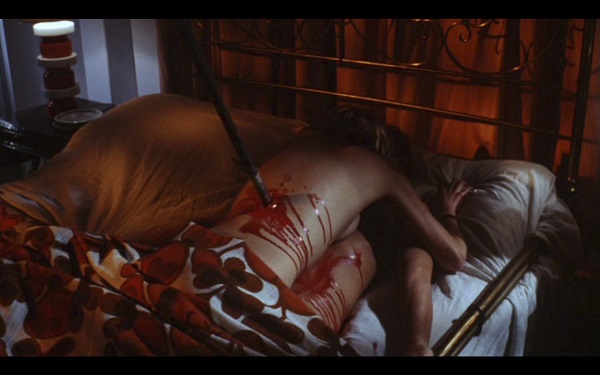 To see where the slasher genre found its inspiration and why a number of them are set by a large foreboding body of water, watch A Bay of Blood. The body count is high enough in Bava’s notorious video nasty, and it has an interesting & simple storyline. If you can remember all the characters names as you’re going along then you’re sure to enjoy. Just make sure you’re looking for the right film, as the number of titles it has picked up along the way is quite impressive, I’ll leave you with a few: