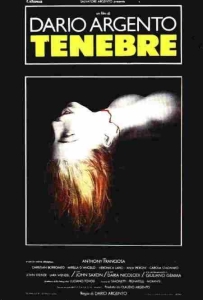 Synopsis: Famous author, Peter Neal, is in Rome promoting his new novel “Tenebrae” and he gets caught up in a murder investigation. The serial killer seems to be inspired by the book and is obsessed with Peter Neal. Will the murderers identity be revealed before it’s too late?

Tenebrae is a Latin term for ‘shadows/darkness’. In this film, there is no darkness. With its bright lights, white walls and futuristic look, there is no killer hiding in the shadows. Our murderer is in plain view, but you just won’t know who until the end.

Killer Line: We have eliminated the impossible. Whatever remains, however improbable, must be the truth.

Now I have to say, as soon as this film starts and the Goblin soundtrack begins, I’m feeling pumped. The main theme for the film is absolutely brilliant, and after I first watched it I found myself listening to it in my car.

I’ve included the YouTube video below, so make sure you’ve pressed play and listen to it as you read through! The music throughout Tenebrae is fantastic. While some might see it as too loud and over the top, I feel it works well.

This is an Italian giallo film — so called because of the old yellow crime thriller novels — and Italian slasher/thriller films subsequently picked up the nickname. Tenebrae is up there with the best of them.

The cinematography is great, with plenty of wonderful camera shots. One of the best is a 2 minute continuous shot just before a female journalist is killed. The camera just creeps along, building the tension for what is about to happen. A few times, the camera is on the ceiling looking down at what is going on. It gives the viewer a real fly on the wall feeling. There are also plenty of POV shots which heighten the mystery surrounding the identity of the killer.  As for the location, if Argento didn’t put on screen that the film was in Rome, I don’t think you’d even know. He purposely left out any recognizable landmarks so that it would seem like this futuristic city that has a much smaller population, and he does a good job of it. It looks very different from the Rome that typically comes to mind. 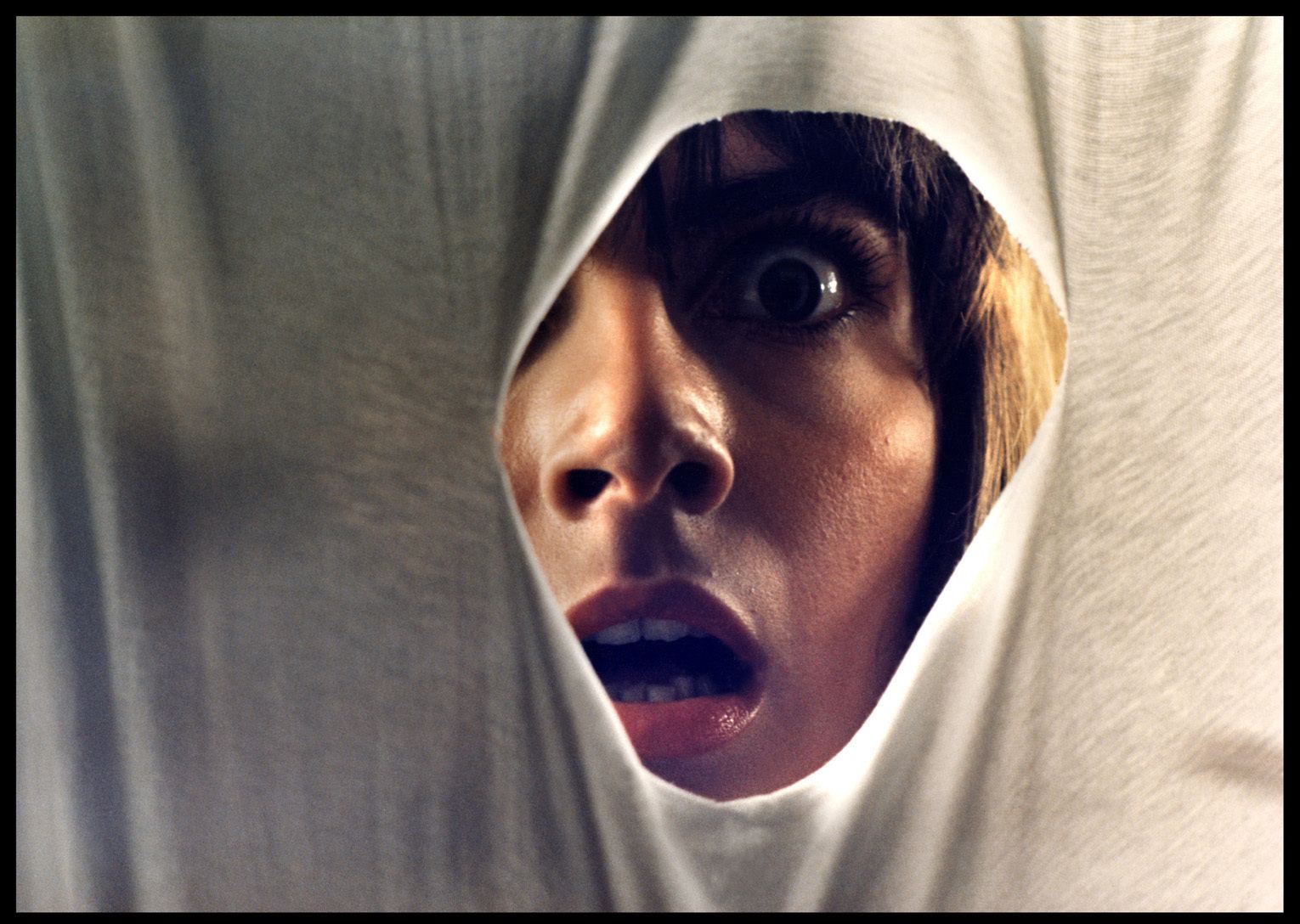 I like the actors in Tenebrae, the most notable being John Saxon, who has a bloody impressive filmography, as well as Anthony Franciosa (Peter Neal) & Giuliano Gemma (Detective Germani). We have the usual dubbing, which isn’t too bad and can easily be forgiven in this film. There is a great moment in Tenebrae where the viewer is really able to see the reason that all the walls are painted white. Jane (Peter’s ex-wife) has her arm cut off and blood sprays everywhere — a scene that took four attempts before Argento was happy with it. That bright red blood against the white wall is very effective, and I think that sums up the entire film. 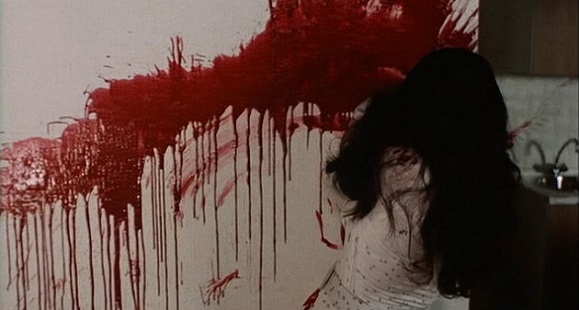 Visually, it is extremely impressive. There is a scene in Tenebrae where a girl is chased by a huge doberman, and it is actually pretty damn scary. The idea of seeing a girl ripped up by a dog is pretty daunting. Luckily she does only get bitten a little bit (but then murdered later on).

This film is brilliant. It’s almost hard to believe that it’s a video nasty. The visuals make it stand out. The first time I watched it, I was very shocked by the twist. I’ve tried not to give anything away in the review, so you’ll have to watch to find out! The storyline is strong enough — not always entirely logical, but that doesn’t matter. Just watch and enjoy. Definitely not one to miss, and I highly recommend the Arrow steelbook release. It’s just beautiful!