A Fang-tastic Chat With Doctor Wolfula!

I sit down to chat with my favorite horror critic, horror host, and all-around genre guru — YouTuber extraordinaire Doctor Wolfula.

In the vast world of YouTube, there are many channels catering to the horror genre. Titans like Dead Meat with James A. Janisse and Zack Cherry are two of the most-watched and well-respected channels dedicated to the genre. But there is one name that I consider to be egregiously underrated. That name is Doctor Wolfula.

The alter ego of one Cyd McClanahan, Doctor Wolfula is a channel very dear to my heart.

Starting in 2010 with a hilarious review of Silent Night, Deadly Night, the good doctor is an unsung hero of horror YouTubing. I discovered the delightful review channel roughly a year ago and was immediately hooked by his humor and love for the genre.

With John Carpenter’s immortal classic Halloween being the film that changed my life, I naturally gravitated to Doc’s reviews of the franchise. My personal favorite was a review of a Halloween tie-in novel most fans of the series never knew existed.

I recently reached out to the monster himself to discuss his beginnings and what the future holds for the cynical horror critic. 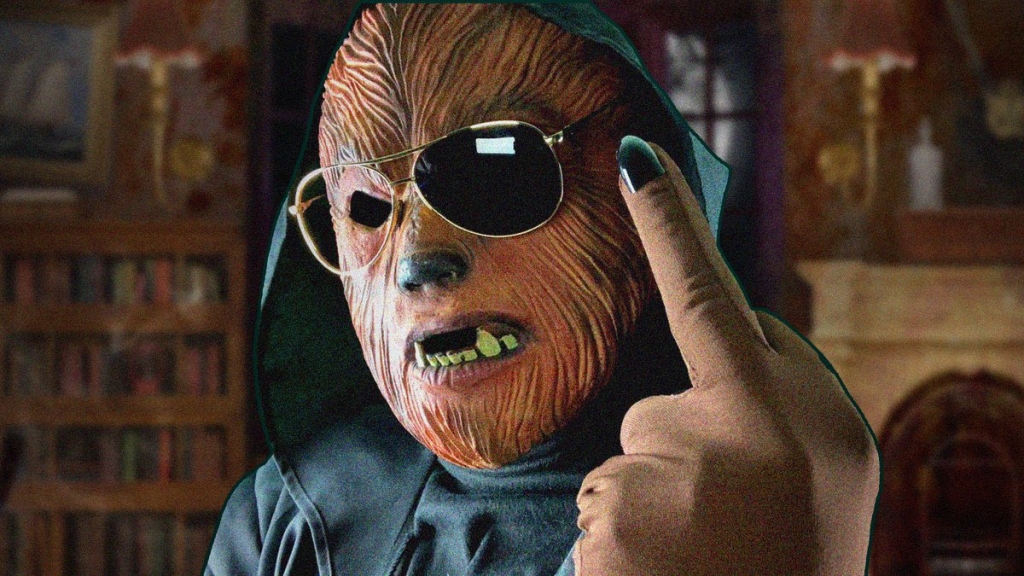 MB: Where did the germ for Doctor Wolfula come from? Was it a sudden idea or something that you had in mind for a while?

Doctor Wolfula: I made videos for a TV class in high school and came up with this ridiculous monster character named “Dr. Wolfula” that I really wanted to use for a video but never got to in school. I wanted to practice video editing after school and thought movie reviews would be a good outlet for it. I also decided to do these reviews as this weird, unused character.

The Dr. Wolfula videos unintentionally were an online horror host program, which I later realized after a while of making. I eventually leaned more into Doc being a horror host instead of just a weird, non-sequitur character that reviews weird, obscure movies.

MB: Do you have a background in filmmaking or media when starting the Doctor Wolfula channel?

Doctor Wolfula: I took TV classes in high school and had some experience in broadcasting before I started making the Dr. Wolfula videos, but it was all still pretty limited experience; the videos were still very amateurish starting out. I eventually attended film school, and it helped me to elevate not only my technical skillset but also helped me to better critique films. 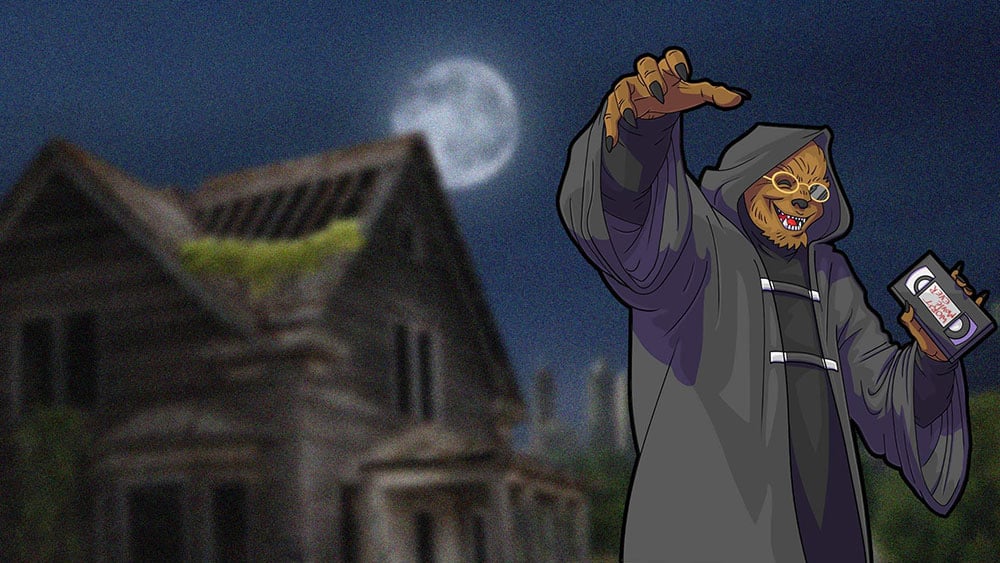 MB: We all have influences when it comes to our passions and careers. Were you influenced by other horror YouTubers? If so, who? And how did they affect what you’re doing now?

Doctor Wolfula: I wasn’t really influenced by any YouTubers. At the time I started out, there were very few YouTubers who exclusively reviewed horror films. I was more influenced by Mystery Science Theater 3000, a show where a guy in space is forced to riff on movies with robot companions. I like that world where it wasn’t just making fun of a movie, you also had this charming presentation that felt like an extension of the films being made.

I was influenced by online personalities, though. The articles on pop culture websites like I-Mockery and X-Entertainment were really inspiring to me and informed a lot of my writing style and tastes.

MB: Steering away from YouTube a bit, have you ever thought of writing and directing your own movies? If so, what kind would you want to make?

Doctor Wolfula: I’ve thought about a lot of different film concepts. I definitely want to get into actual filmmaking. I’d like to make horror films, but I’d like to make all kinds of films. Something I want to do is start out small with an online horror-comedy series. I’ve been thinking about it for a while — about the deranged host of a documentary TV series that deals with supernatural mysteries and true crime stories.

MB: What would you want to see happen long-term for Doctor Wolfula?

Doctor Wolfula: I’m interested in cartooning and animation, I’d like to adapt the character of Dr. Wolfula and his world into an animated sitcom that’d either just be on my YouTube channel or even on a network. I’ve been working on developing a supporting cast and stories for a series, but I also need to develop my cartooning skills a bit further before committing to it. 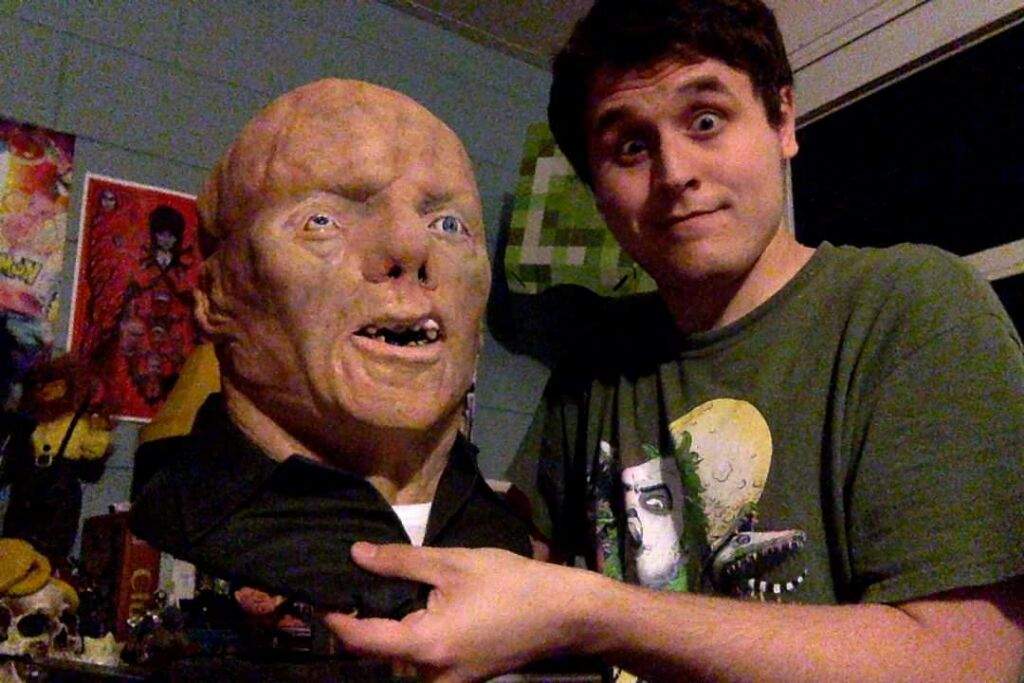 MB: We know you have your zombie sidekick Ghoulash, but would you ever consider collaborating with someone for a project? If so, what kind of project do you think you would want to do?

Doctor Wolfula: I’ve collaborated a lot with channels in the past like Screaming Soup and Horror Addicts. I’m not very great at collaboration, at least online, so I don’t really actively pursue working with other channels. But if a channel asks me to appear in a video, I usually will say yes. As far as developing my own ideas for a web series, though, I’d definitely need to find collaborators in person who I really click with creatively.

MB: For those who may not have seen your channel, how would you describe it to entice people to check it out?

Doctor Wolfula: If you grew up on horror hosts, you might get a kick out of Dr. Wolfula. But if you just love horror in general and darker humor, it might also be for you.

MB: And finally, is there anything you would like to tell your viewers? Upcoming videos, projects, etc. that we can look forward to?

Doctor Wolfula: I’ll be working on some big videos covering films like Halloween Kills in the future, expanding my live streaming output with streams of the new Evil Dead game. I also intend to resurrect The Ghoulog spin-off channel for a new swath of videos soon, covering more family-friendly horror fare. There’s a lot of stuff on the horizon with no plans to stop.

But horror film reviews aren’t all that the good doctor does! He also has a spin-off channel featuring the character Ghoulash and a personal favorite series of mine called Doo Talking to Me!, a series of short video reviews of episodes of the original Scooby-Doo, Where Are You?

Check out his channel to discover his fantastic content for yourself!