In honor of his birthday, we celebrate the wonderfully creepy work and 30-year-career of Junji Ito, a legendary name for manga and horror fans. 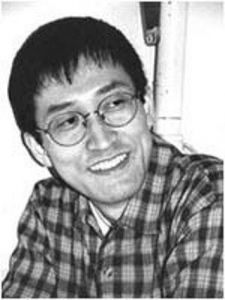 Over the past few years, Japanese maestro of horror Junji Ito has made a major splash in the US. Part of that might be because director Guillermo Del Toro was so eager to work with him for the Silent Hills survival horror video game before its unfortunate cancellation.

If you’re at all immersed in the anime realm, you’ve probably at least stumbled upon an advertisement for some Ito designed merchandise on Crunchyroll. But before he became a cultural phenomenon, Ito was a dental technician, who used his free time to create some of the creepiest body horror art in the East. A private man, who loves cats almost as much as he loves creeping you out, Ito prefers to let his work speak for him.

If you haven’t heard of him yet, now is the perfect time to discover the work of this talented manga artist, because it just so happens to be his birthday. This article is a great place to get started, as we’ve highlighted some of his most notable works below. 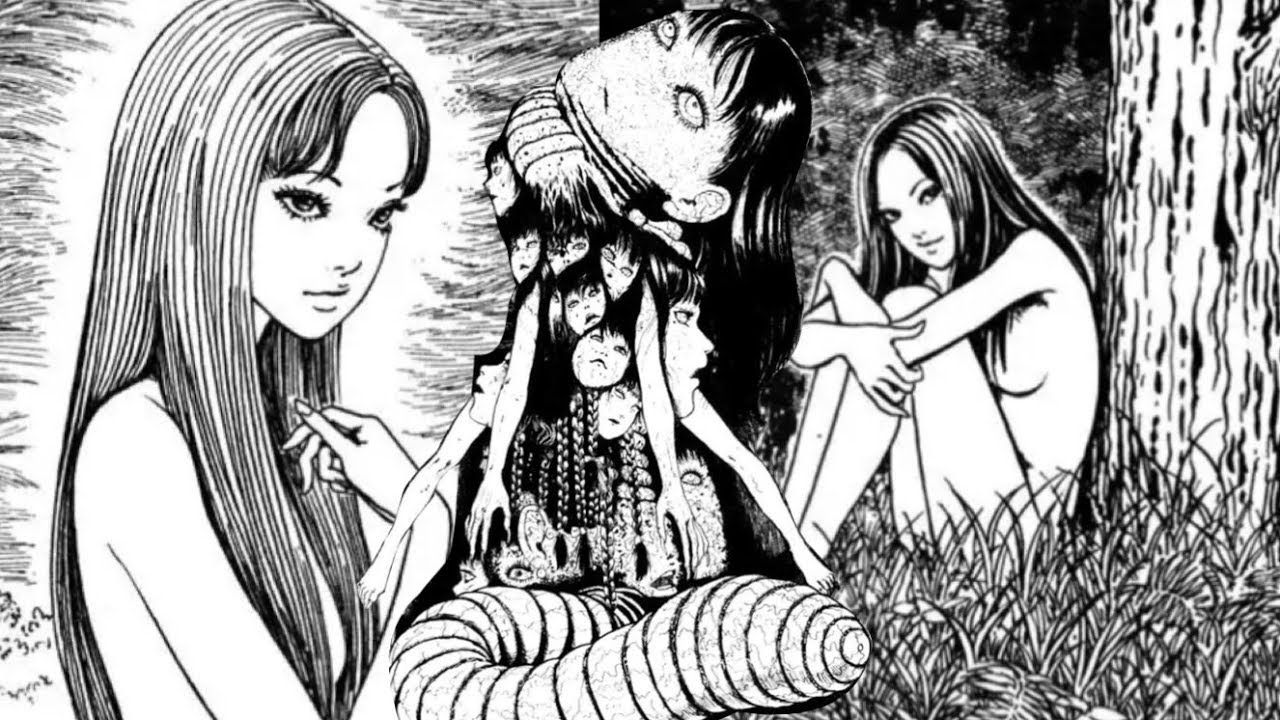 Ito began seriously working on his art in 1984, and he would go on to submit his first piece in 1987. This little story would later be included in the Tomie collection. Until recently, Tomie might have been the most familiar work of Ito’s in the West. The series has multiple entries about a beautiful girl who isn’t quite what she seems. Something like a succubus, Tomie makes people fall in love with her, then drives them to jealous fits that often end in mutilation. But Tomie is more of an entity than just one girl, as the series prequel shows how a baby girl can be turned into a Tomie. Tomie has been adapted multiple times, both in The Junji Ito collection and in a series of films centered around the character. 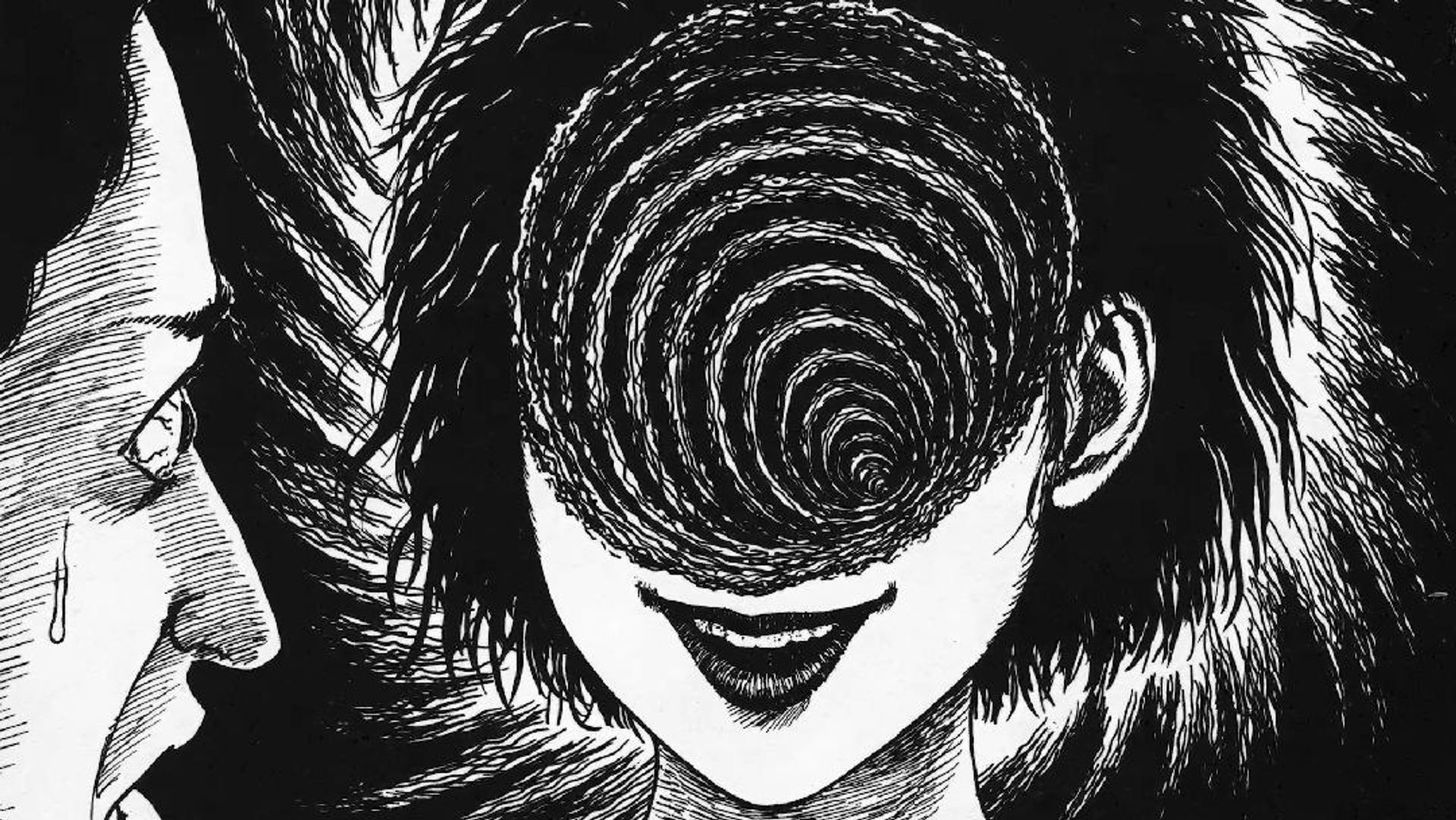 Literally translated to “spiral”, the collection centers around a town that is terrorized by spirals that drive the townsfolk mad. You might not have heard of Junji Ito, but chances are you may still be familiar with this work. Uzumaki was adapted into a live action feature in 2000, and will be released as a four part animated series by Cartoon Network and Crunchyroll sometime this year. From haunted hair, to people turning into snails, Uzumaki is full of a variety of styles and storylines sure to please everyone interested in horror. 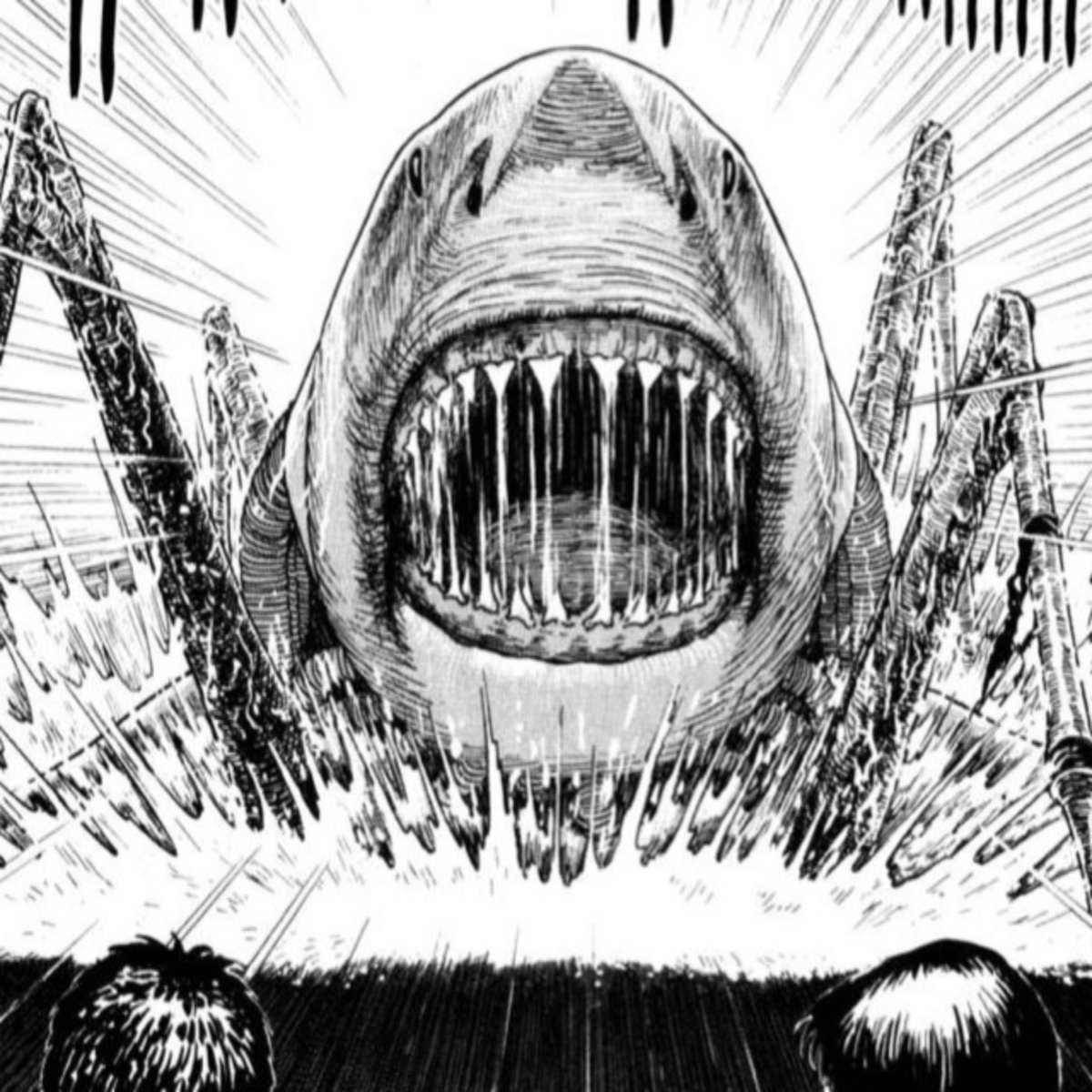 If you’re interested in something a little odd (more odd than a spiral driving a town insane or monstrous relationships?), then you should check out Gyo, a collection about fish who come out of the ocean to terrorize Japan…on robot legs. While the idea might sound a little, well, goofy, Ito’s style keeps it level headed and gore filled. Truly, isn’t it everyone’s nightmare to have a shark with titanium legs chasing you on land? Or is that just me? 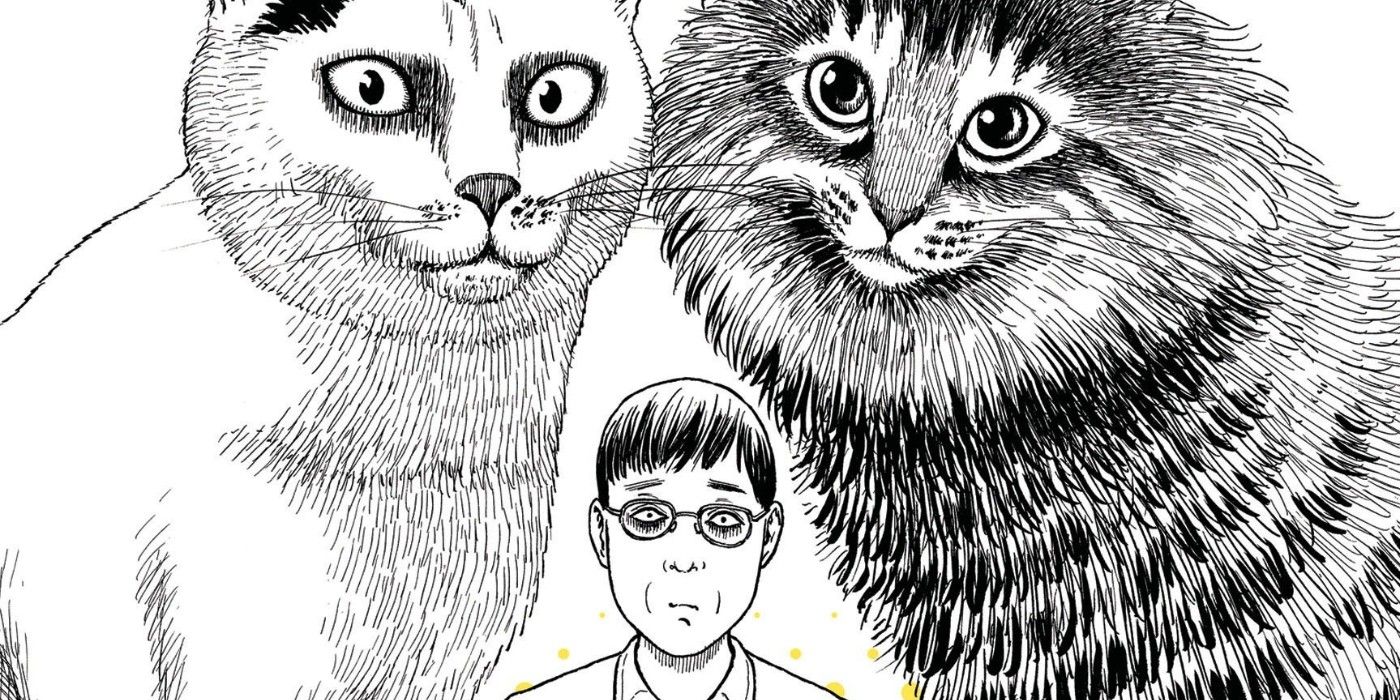 An autobiographical piece, this one doesn’t quite fit with the rest in terms of subject matter. But if you love Ito’s style and storytelling, you’ll definitely want to check this one out. Yon & Mu focuses on Ito’s relationship with cats after he moves in with his fiance. The cats have various, and hilarious, facial expressions, as Ito’s feelings on cats change from distrust and disgust to love and appreciation. More than anything, Yon & Mu will make you fall in love with both cats and Ito himself. Although masterful at crafting truly nightmarish scenes, he proves to be an adorable and reserved man in real life, which you can also see in countless interviews with him online.

Ito has also created has a variety of short stories for you to enjoy, which include snippets of weirdness and explorations of Japanese superstitions. You can explore animated adaptations of some of Ito’s shorts in The Crunchyroll Collection on YouTube, including one of my favorites, Slug Girl. Other short stories I highly recommend you check out include Greased, Hanging Blimp, Fashion Model, and Honored Ancestors.

All of Ito’s works can be found at Barnes & Noble and on Crunchyroll. Happy 57th birthday, Junji Ito! We can’t wait for more years of disgusting and beautiful content.