With a passion for horror, a talent for words, and a wicked sense of humor, best-selling author and screenwriter Grady Hendrix is a star on the rise. 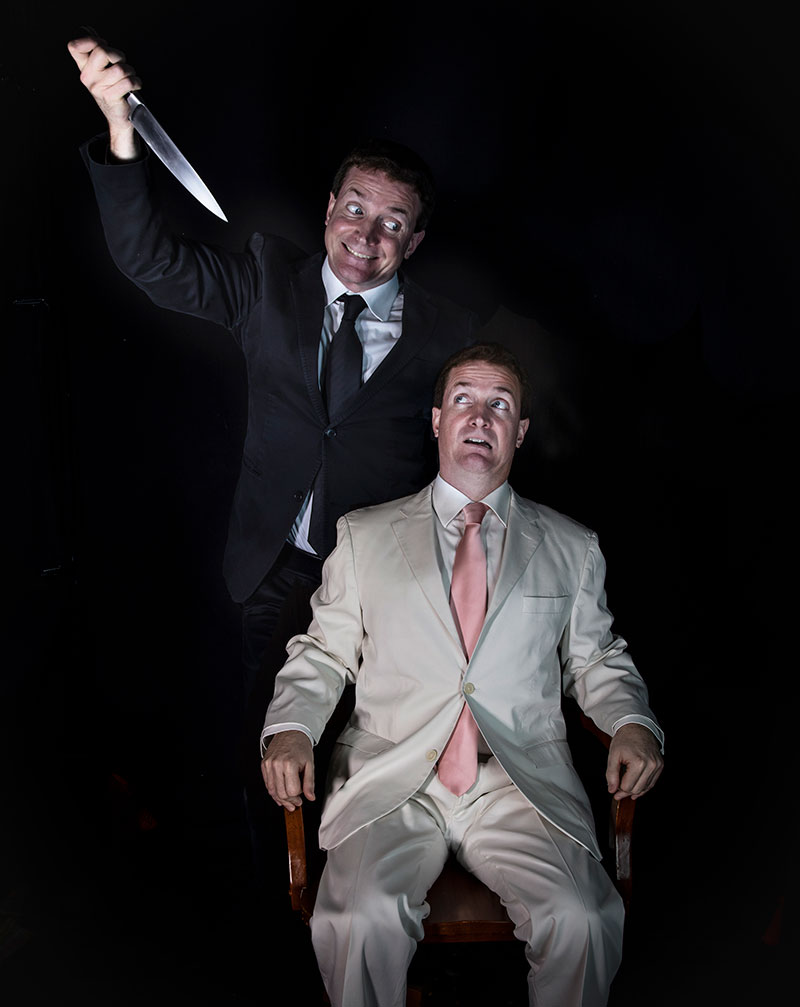 With his best-selling books “My Best Friend’s Exorcism” and “Paperbacks from Hell”, a popular cookbook co-written with his wife, a successful film festival in New York, and now screenplays for films Mohawk and the upcoming Satanic Panic in collaboration with Fangoria, Grady Hendrix is quickly becoming a household name. 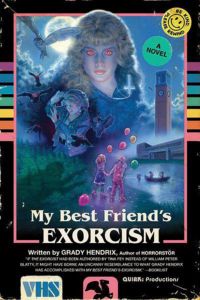 I first discovered Grady while waiting in line for an Anne Rice book signing at a local bookstore. What drew me to “My Best Friend’s Exorcism” was the quirky cover, designed to look like a VHS cover circa the 1980s, and the fun description,

“An unholy hybrid of Beaches and The Exorcist that blends teen angst, adolescent drama, unspeakable horrors, and a mix of ’80s pop songs into a pulse-pounding supernatural thriller.”

It did not disappoint. I was lucky enough to catch Grady at a reading/signing for his latest release, “Paperbacks from Hell: The Twisted History of 70’s and 80’s Horror Fiction”. It was unbelievable, and unlike any book reading I had ever attended. When speaking with him after the show, I asked if he would be willing to do an interview at a later date, and he agreed without hesitation.

After reading the interview, be sure to check out any of his books, which are available on Amazon, and Mohawk which can be viewed on Netflix. 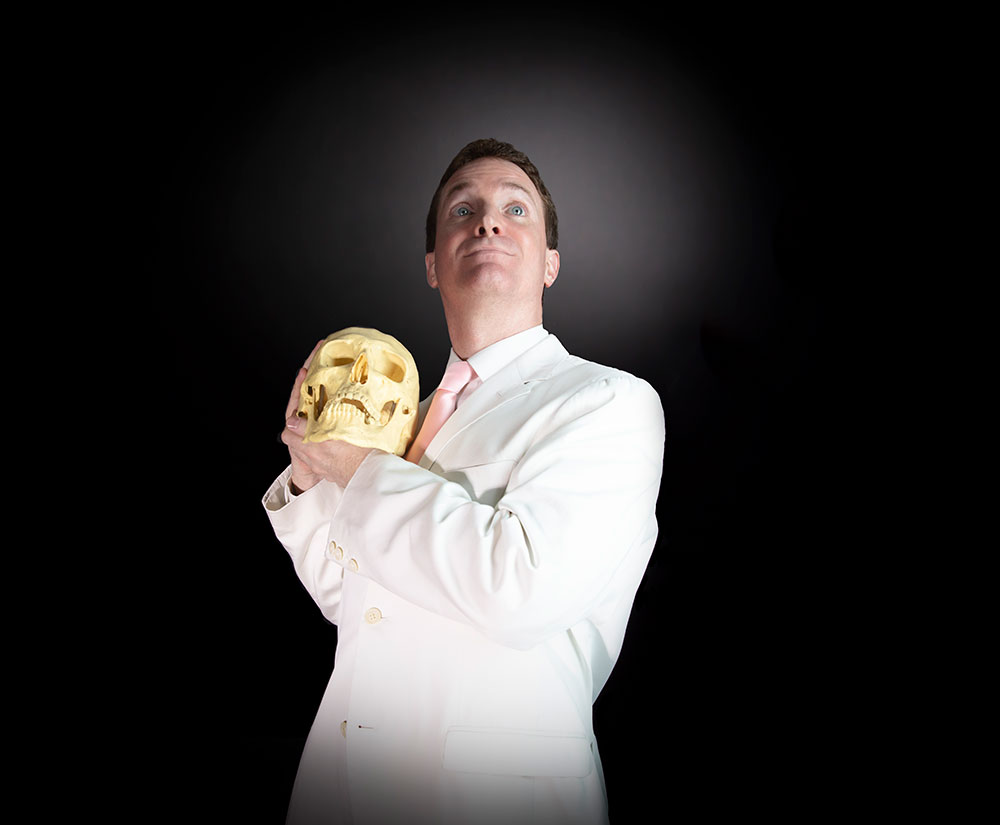 Tiffany Blem: You broke out of obscurity with a joint effort with your wife on her graphic novel cookbook/memoir, “Dirt Candy”. You followed that up with “Horrorstor”, which gently pokes fun at a well known furniture store. Your next three books are completely different, including the newest one, “We Sold Our Souls”. But they’re all in the horror genre. What inspires you?

Grady Hendrix: I don’t think I’m writing horror. I just write about the world I see around me. It’s the marketing folks who tell me it’s horror, and I’m as surprised as anyone else about that.

TB: What’s it like to have your books optioned for television (“Horrorstor”) and film (“My Best Friend’s Exorcism”)?

GH: It’s like they’ve all gone off to college and occasionally I get a postcard or see a script. I mean, I wrote those books years ago, and every now and then I’ll get something that says, “Amy is an alcoholic now,” and I’ll think, “Oh, that’s too bad. I hope she gets some help for that.” 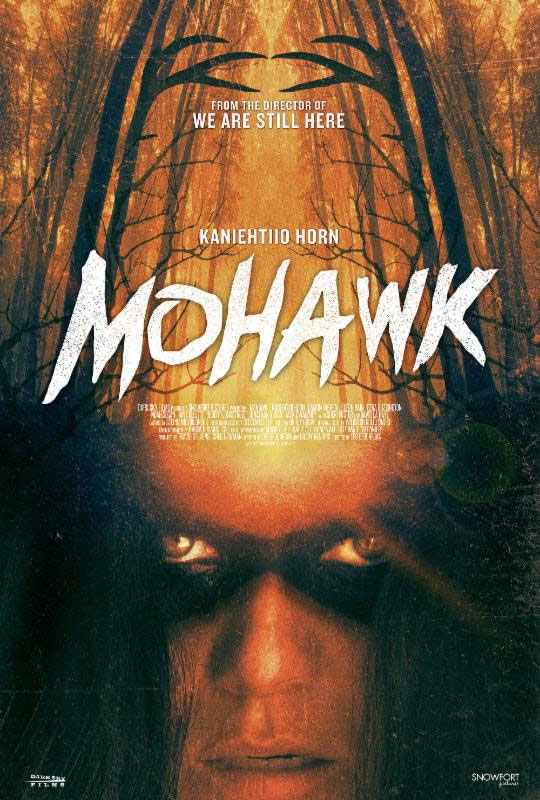 TB: You recently co-wrote a screenplay, Mohawk, with Ted Geoghegan. Have you always dreamt of writing screenplays? What made you make the jump from books to the big screen? And what was it like seeing what you wrote on the big screen?

GH: I avoided seeing Mohawk for the longest time, but Ted finally forced me to go to the New York premiere, and I sat in the back row and drank a lot of bourbon. But it wasn’t so bad, and it was deeply educational. I learned as much in those 90 minutes about screenwriting as I had in the previous three years. There’s nothing like hearing actors saying your lines to know what works and what doesn’t.

TB: As a fan of Asian Horror, I was surprised, and pleased, to find out that you co-founded the New York Asian Film Festival back in 2002, and it’s still active today. What made you create a film festival? What are some of your favorite Asian films? 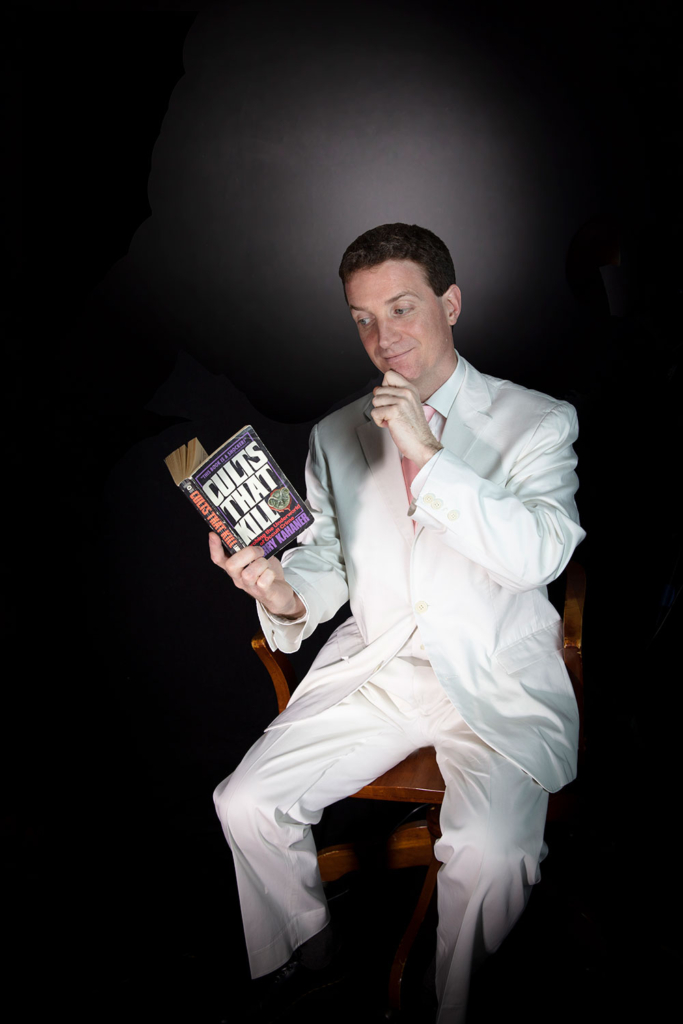 GH: My wife and I used to go to the Music Palace on the Bowery when we were broke college students because it was $6 for a double feature, and while we didn’t know anything about the movies, we learned. In 1999 a sign went up that the Music Palace was on the market, and a few guys who’d been going got organized and tried to get someone interested in buying the theatre and preserving it as a cultural institution.

We got laughed out of a lot of offices. Then we thought, okay, how do we keep the spirit of the Music Palace alive? We knew that Wong Kar-wai and Zhang Yimou films would have no problem getting screened but what about the action movies, romances, and comedies we loved? So we each threw $1000 in a pot and started the festival. We didn’t have any experience, which was great. We learned by doing.

TB: Why did you make the transition from film festival director to magazine writer to novelist and screenwriter?

GH: Let’s be clear: running the New York Asian Film Festival was a hobby. There’s no money in film festivals, and if there is then you’re doing it wrong. I became a journalist because I’d met the editorial director of Playboy at a party, and he bought my first article pretty much on the spot, so I was off and running.

But around 2008, journalism died. There were no more jobs and hungry freelancers roamed the streets willing to write for just a byline and exposure. That’s when I decided to double down and make the leap to fiction, something even less lucrative. It was a stroke of luck that I got into the Clarion writing workshop, because that changed everything that came after.