Beautiful Monsters: The Lure of The Lost Boys (1987)

On the anniversary of its theatrical release, it’s a perfect time to reflect on the impact of “The Lost Boys” on countless horror fans over the years. 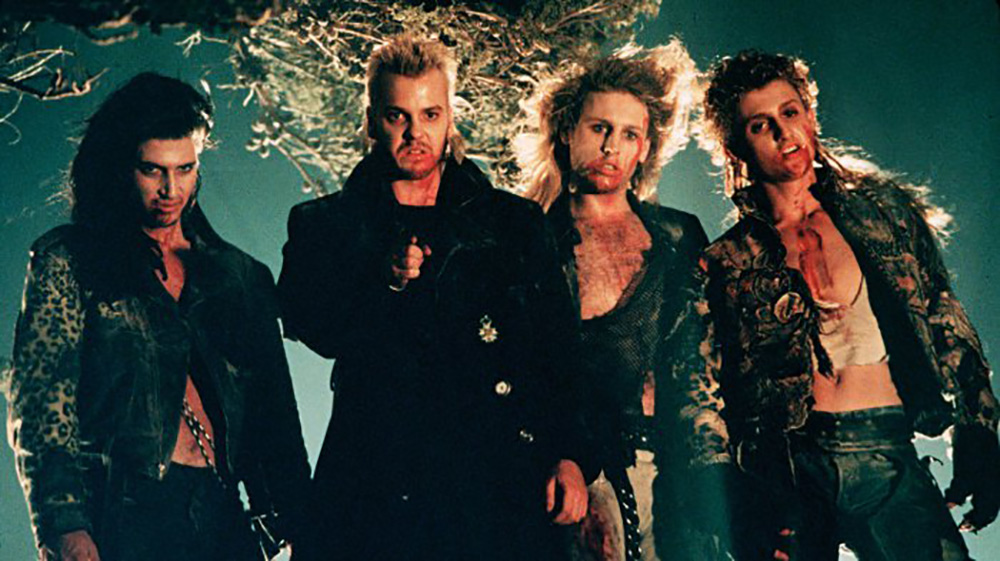 As I think about films I consider game changers — those that have impacted me on a deep and personal level — one film immediately rises to the top of the list: The Lost Boys.

The film is notable, not for the way it tackled important socio-political issues necessarily, but for the way it changed how the world thought about vampires. While that may seem insignificant in the grand scheme of things, to film lovers and horror fans, it carries great meaning.

And, in the wake of Joel Schumacher’s recent passing, I felt compelled to pay tribute to the sexy, gory classic that changed the way vampires would be portrayed in Hollywood for decades to follow.

With this tagline, The Lost Boys hit the silver screen on July 31, 1987, and gifted the world with a paradise of beautiful beaches, good-looking vampires, witty one-liners, and huge hair.

To a nation of rain-soaked Brit teens sweating over school exams in ‘87, which I was one of, the sun-kissed horror paradise and boho lifestyle of the fictitious Santa Carla provided the perfect escape fantasy. Director Joel Schumacher lures the viewer, like the Emerson family, into a golden world where the sun never stops shining.

But beneath this bright and magical world of boardwalks, beaches, and fairgrounds, there was a darker side.

Sun-kissed Santa Carla also happened to be the “Murder Capital of the World”, a fact brought home with the endless shots of missing person posters plastered all over the community boards and on the family’s milk cartons. The iconic shot of the surfer running out of the sea at dusk towards the safety of home before darkness falls, neatly sums up the danger of the hidden world that exists when the sun sets on this idyllic setting.

As fun and entertaining as the film is, it’s not without its deeper themes. 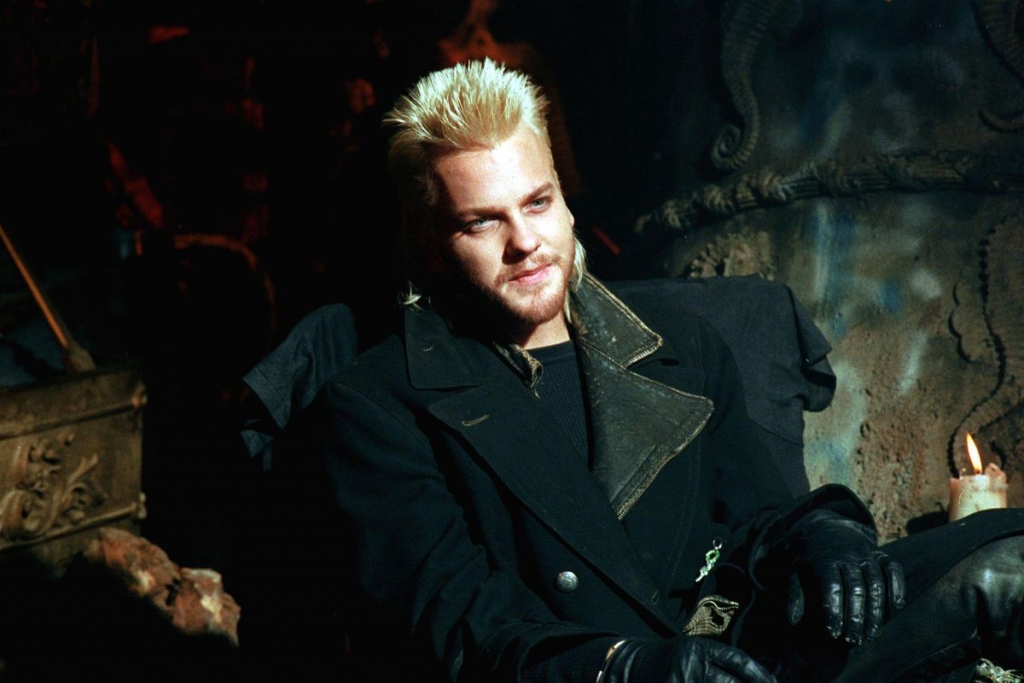 Schumacher popularized the idea of the charismatic bad-boy vampire, immortalized by Keifer Sutherland as David, before Buffy’s Spike and Twilight’s Edward. It reinforced the idea that you can’t judge a book by its cover. Sometimes demons look like angels, and often that which is most dangerous and destructive can also be the most seductive.

If handsome and deadly is ringing your bell, you’ve come to the right (undead) place; these guys never get old, put on weight, or start losing their impressive amounts of hair, whether it’s elegantly sleeked back (like those 90’s bloodsuckers) or impressively massive and well-coifed (like the 80’s undead).

THE LOST BOYS brilliantly explores the darker themes of good versus evil, the power of peer pressure, and the desperate desire to belong.

In the film, Michael Emerson (Jason Patric) comes to realize the friendship offered to him by the vampire gang comes with a steep price. Belonging to one community will cause him to become alienated from another, and he’ll be forced to change everything he is, to be a part of that which he desires.

The movie challenged the idea of the nuclear family in the age of “family values”. 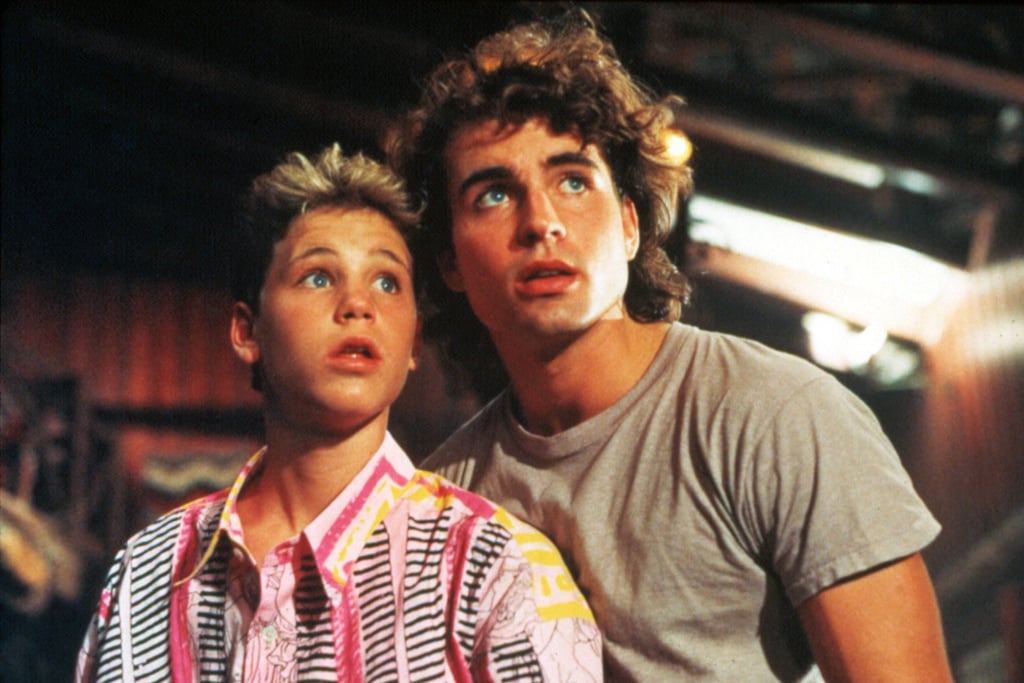 It contrasted two very different, non-traditional families that Michael finds himself torn between.

Schumacher himself said that The Lost Boys “is, in a way, about the fear we have of the Other — those who live outside of the mainstream.”

Belonging to the vampire group turns Michael away from his mother Lucy (Dianne Wiest), younger brother Sam (Corey Haim) and his Grandpa (Bernard Hughes) Sleeping all day and refusing to eat with the family, Michael won’t speak to his worried mother Lucy about what is going on. Later on, as he starts to turn, he becomes a threat to the family unit.

The influence of The Lost Boys on modern pop culture and cinema cannot be overstated. 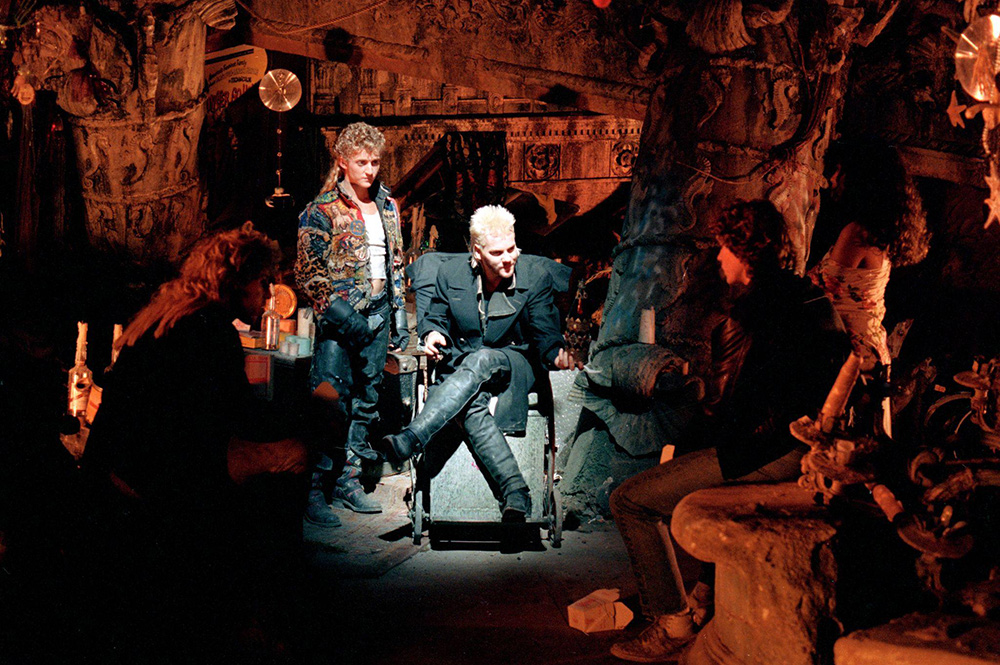 The film is referenced endlessly in 21st century vampire movies, as in Blade: Trinity (2004) where a vampire is seen wearing a Lost Boys’ T-shirt. In Supernatural: Bloodlust (2006), Dean quotes the film’s tagline when saying, “Sleeps all day, parties all night.” In What We Do in the Shadows (2014), the vampires wickedly parody the famous noodles scene with a less glamorous version of the feast that gives victims similar hallucinations.

Last year, the doppelgänger horror Us (2019) had some scenes shot on the Santa Cruz beach boardwalk and referenced The Lost Boys as reality “in-universe”, when a character remarks, “You know, they’re shooting a movie over there by the carousel.”

The ’87 classic also sparked my own small-scale obsession with Los Angeles. When I went to LA for a week’s holiday, I borrowed a friend’s camera to shoot a micro-short horror on Venice Beach near Santa Cruz, and later filmed trips at a San Diego deserted zoo and just outside LA at Murphy’s Ranch.

However, The Lost Boys is by no means a perfect film. 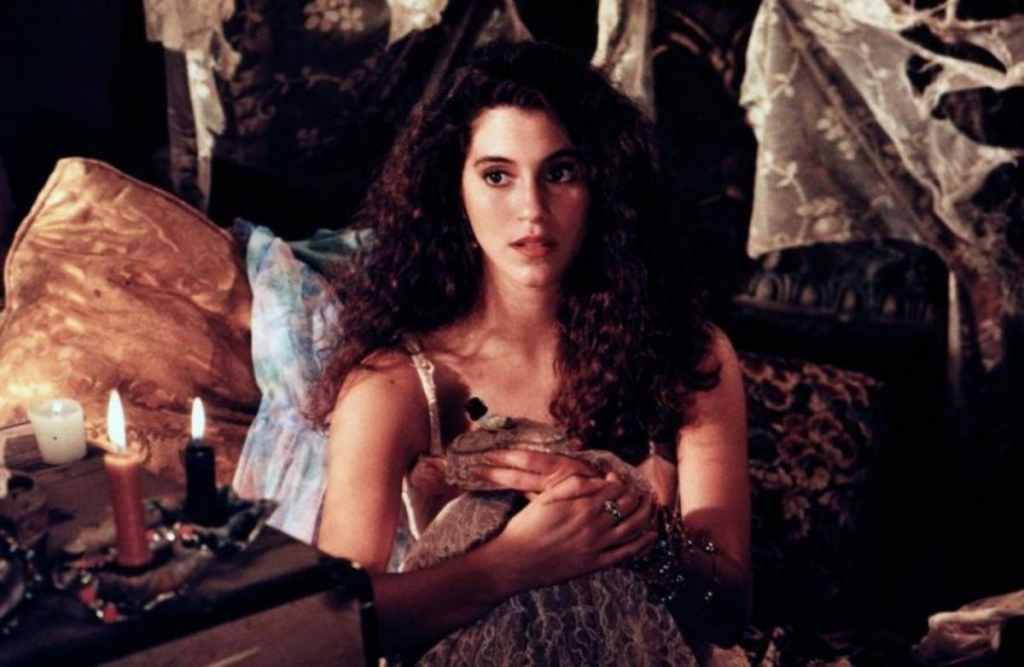