Day 3 of the AxWound Film Fest served up a bountiful feast of special events, comedy, and cannibalism in the form of delicious short horror.

The 6th Annual AxWound Film Festival (Virtual Editon) kept the momentum going for Day 3 of the fest, a packed end to a spectacular weekend.

The day was filled with horror shorts and special events, including an informative, insightful, and absolutely riveting talk by Dani Bethea entitled Dissecting the Genre with Intention. Dani Bethea (she/they/them) is a Non-binary Grey-Asexual writer, weightlifter, and gardener from North Carolina. They are the former Editor-in-Chief of We Are Horror Magazine. They will also be a featured cast member in Mental Health and Horror: A Documentary (2022), which I can’t wait for.

We were also treated to two wildly entertaining comedy specials, including It’s Always Halloween with Lucé Tomlin-Brenner exploring the connection between Roman history and the modern slasher genre, and a live episode of my new favorite podcast, Kim and Ket Stay Alive…Maybe.

Finally, we got an early block of short horror films all revolving around the theme of cannibalism and food consumption as a metaphor for the horrors of society. Film Block C featured four extremely satisfying shorts that left me perfectly content but still craving more. 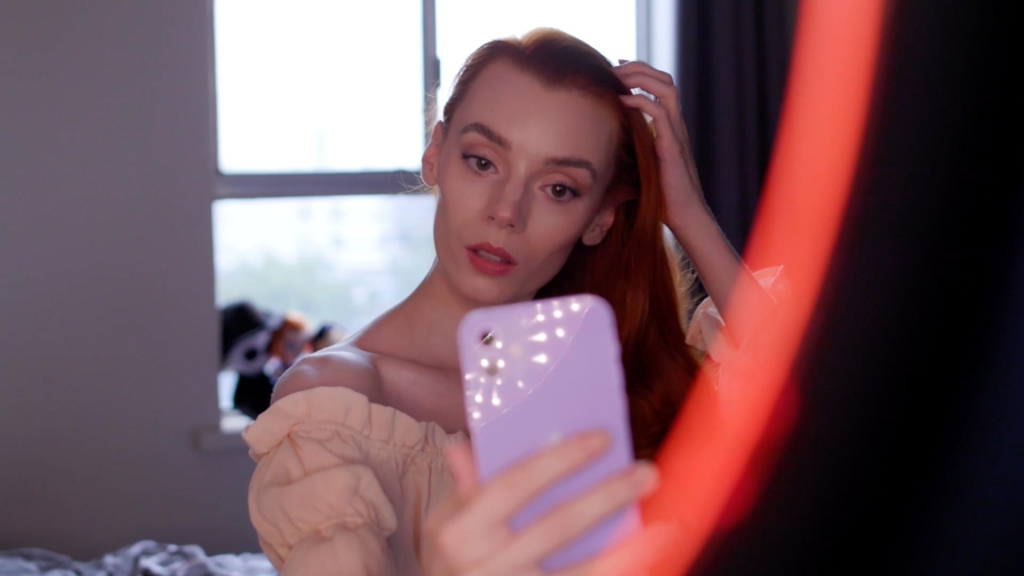 A lonely but hopeful insta-influencer gets bit by a zombie while live-streaming and finally gets the audience she craves… but at what cost?

You’d be hard-pressed to think of a more fitting metaphor for the rabid, man-eat-man world of social media influencers and internet fame than the clever and entertaining 10-minute short Verified from Canadian filmmaker Ali Chappell.

In Verified, a fame-hungry influencer live streams every aspect of her life, planning her days around cool content for her channel and desperately watching the count of her likes and followers. One day, while out on the street live-streaming her latest shopping adventure, she is randomly approached and bitten by a zombie. Instead of showing much concern, she just bandages up the bite and keeps recording.

Even as her wounds grow more severe and it’s clear she’s not okay, she can’t put the phone down long enough to see a doctor. Nothing matters more than her audience, and they’re eating up what she’s giving them. Suddenly, everyone wants a piece of her. But what will be left of her in the end?

Ali Chappell is an actor and performer from Toronto, ON. Starring in such horror films as Full Moon’s Necropolis: Legion, Space Vampire, Girl With The Straight Razor, Full Moon’s It Knows You’re Alone (coming soon), and tons more. Verified is not only her writing debut but also her directorial debut.

I loved this short and was excited to learn that production has begun on Chappell’s feature directorial debut Malediction, a psychological, supernatural horror film set against the haunted landscape of the stark Canadian wilderness, starring Verified‘s excellent Arrielle Edwards. Look for Malediction on the festival circuit in 2022. 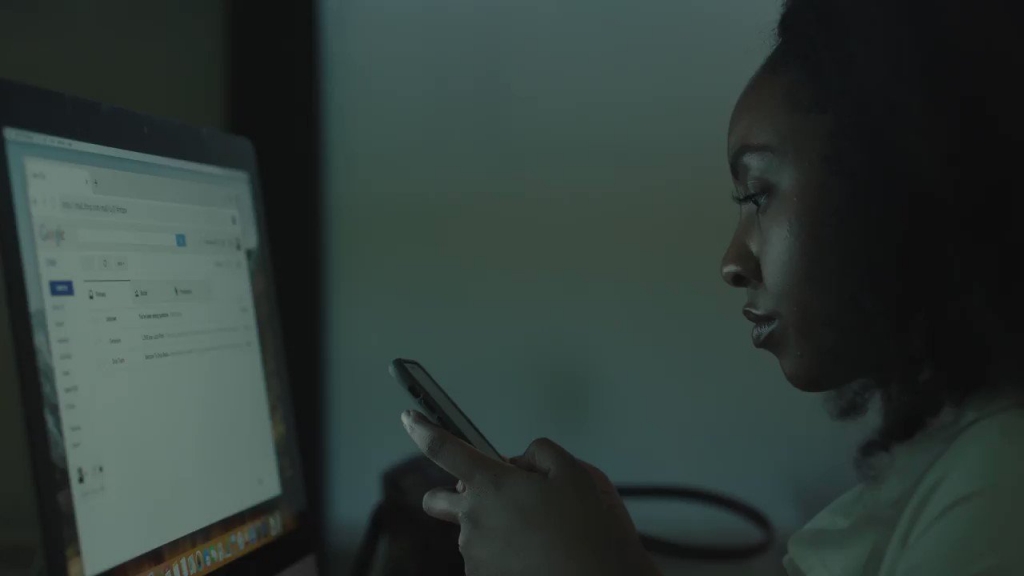 A young writer is excited to start a staff writing job at a cutthroat media company until she discovers their terrifying secret to success: they’re eating people.

Helmed entirely by queer Black women, Fresh Meat directly explores issues of anti-Blackness in the workplace through the metaphor of cannibalism, presenting a story anchored by real-life social issues.

Fresh Meat is a timely and terrifying look at a culture that ravenously consumes the work of Black creators while boiling the creators themselves down to their most digestible parts and throwing away the bones. It’s an extraordinary and important film that I hope as many people as possible will seek out and experience.

Canadian filmmaker Lu Asfaha makes films that bend genres to explore themes of identity, belonging, and how things fall apart. She explains her vision for this powerful short:

When I began working on “Fresh Meat” I was first intrigued by the thematic possibilities of cannibalism. After watching Nicolas Winding Refn’s “Neon Demon” and Julia Ducournau’s “Raw” I began asking what cannibalism could represent for me as a Black queer woman, and what I’m truly afraid of.

During the mass media layoffs of 2019, the connective tissue between cannibalism, capitalism, and media became apparent, exposing an industry always ready to cannibalize itself and throw away the bones.

Setting the film at fictitious Drop Media affords me the opportunity to explore my own real-life experiences of anti-Blackness in the workplace, as well as examine a media industry that always seems ready to boil creators down to our most digestible parts. FRESH MEAT asks the question ‘what are you willing to sacrifice to get what you want?’

An ambitious young chef gives of herself completely to earn acceptance in the competitive world of high cuisine.

Since Marie joined Bruno Mercier’s restaurant, a multi-star chef, she only thinks of perfecting her skills. But Thomas, the sous-chef, is wary of this possible rival. During a service, Mary cuts herself, letting a few drops of blood mix with her sauce. When Bruno tastes Marie’s dish, he considers it perfect. But what lengths must she go to in order to maintain the illusion of perfection?

A breathtaking blend of beauty and horror, French filmmaker Merryl Roche delivers a feast for the eyes and ears, a buffet of sumptuous sights and sounds.

Haute Cuisine is tense and unnerving but impossible not to devour — even as it moves from uncomfortable to unspeakable. It’s a scintillating exploration of what it means to give everything for your craft as well as a revelatory peek at the ugliness of gender and socio-economic bias in the workforce — and the pressure women often face trying to compete in male-dominated industries. 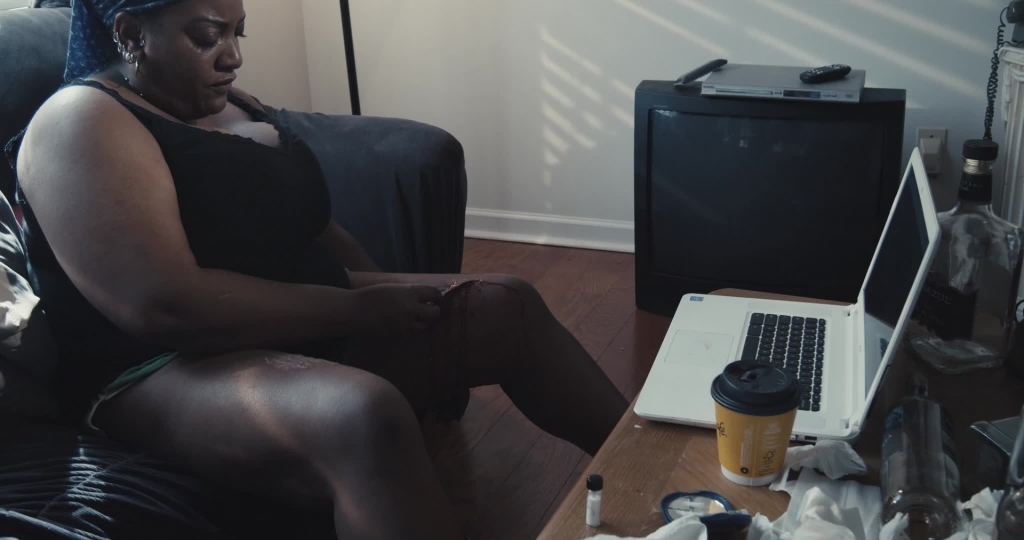 FAT HENRY is a chilling tale about a struggling plus-size actress who finds a bizarre casting notice for a feederism/fetish film.

The second directorial effort of accomplished film/television actor, director, and producer England Simpson, FAT HENRY revolves around a curvy actress named Jada (Simpson) who is making an attempt to seek acting gigs after a rough stint out of work. Willing to perform in any low-budget project, Jada finds herself agreeing to be in a feederism/mukbang film, being shot by a disturbing character who refers to himself as Fat Henry.

This deeply disturbing, exceedingly dark, and brilliant but hard-to-watch short made Syfy.com’s list of “5 of the Best Black Horror Shorts Starring Black Women by Black Women“.

A frightening and heartbreaking story about trauma with a gut-wrenching twist, Fat Henry certainly leaves an indelible impression.

England has appeared in over two dozen projects, including her breakout role on Southern Fried Stings, a cable docuseries produced by truTV. In 2017, England released her film directorial debut, PRELUDE: A LOVE STORY, the first project produced by the female-driven Thirty SadFace Productions (the brainchild of England and her twin sister, Ingrid Simpson).