Day 6 of AxWound featured films that reflect the chilling real world horrors faced by women and trans people, as well as their resilience.

EDITOR'S NOTE
I’ve had the enormous pleasure of covering the first five days of the important and influential AxWound Film Festival. For Day 6, my talented colleague and Morbidly Beautiful Short Horror Editor adds to our coverage.

Ax Wound Fest continues with its 6th day of remarkable short films screenings, only to prove there is no shortage of great and talented filmmakers with a variety of stories to tell and ideas to share.

Short Block F adds some new anxieties to the mix, including an animated demonstration of the power of menstruating, a film about prom and body dysphoria, and a heart wrenching tale of a woman coming to terms with a date gone horribly wrong. Overall, there was no shortage of creeps in this outstanding collection. 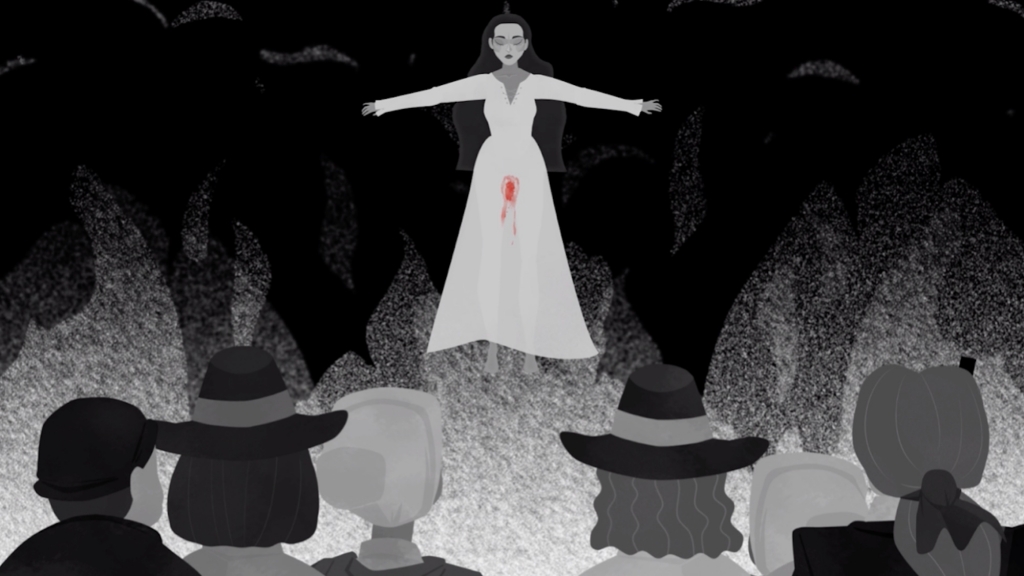 A short animated film about one woman’s journey through menstruation to discover her inner power.

This fascinating short, created by Laura-Beth Cowley, shows a woman experiencing not only the beginning of her period but some other strange occurrences. The Gift is a deep and interesting look at what the possibilities can be once the beliefs that have previously shamed us are, not only embraced but possibly used.

When the woman in the short, Brigid (Rowan Carmichael) is prepping for a baby shower, we see a mix of feminine powers, the use of the blood, and the images of witches coming to Brigid when she sleeps and is most vulnerable.

Laura-Beth Cowley is a mixed media animator based in Bristol, currently studying for a PhD at the University of the West of England. She is a founding member of the Weird Eye Collective – a trio of women who had the good fortune to be brought together.

The Gift is an exploration of what’s been unknown and forbidden for so long.

Check out this awesome interview with Cowley about her short, and watch this compelling making of video. 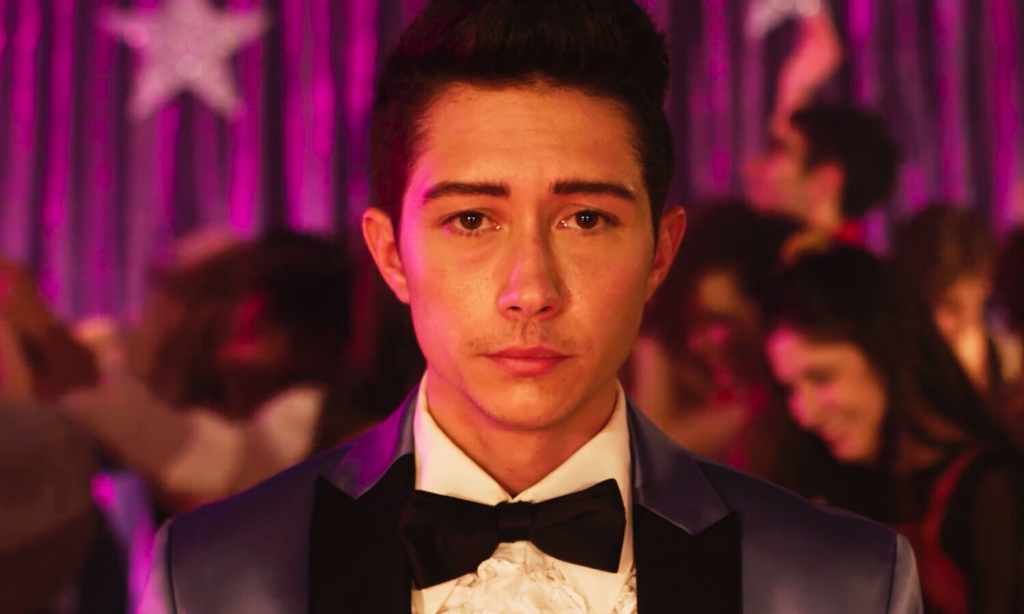 Nominate for prom king, Artie is a self-conscious trans boy who doesn’t believe the school would actually vote for him.

Set at a high school prom, a teen trans boy is feeling anxious about the possibility of being voted for prom king. Expressing his fears to his friend, the excitement lingers but he starts to doubt himself and questions the reality of him winning.

Unfortunately, just as Artie (Jordan Gonzalez) is feeling the anxiety, his friend notices he’s started his period. Artie runs to the bathroom where he transforms into the creature his mind has convinced his eyes into seeing.

Director Sydne Horton and non-binary writer, Savannah Ward, worked together to create this story of body dysphoria through a teenage horror lens, complete with a werewolf at prom, and witty, heart-warming commentary.

Horton had the following to say about this powerful short:

“As a member of the LGBTQIA+ community along with my writer, we felt that it was important that this film not only centered around our Transgender lead (who was also embodied by a transgender actor), but that it also included a majority of queer crew members.”

“To our team, META transcended past our lead Artie discovering he’s not a monster and into an exploration with our own insecurities within the Queer Community and Mental Health Stigmas.”

In the aftermath of sexual trauma, a woman begins to melt away.

Beginning with a scene of bodies in bed where one is moving passionately, and the other…is not at all, we can tell something is wrong.

Kelly Connor plays Violet, a woman who wakes up in bed after a date night has gone very wrong. While the phone call she has with her mom confirms it, the situation was already clear through her own body language. The discomfort in her actions is obvious.

After the man leaves, Violet calls her mom to explain the situation, and it is evident her mom is questioning her daughter’s story. No one wants to believe they have been assaulted, and no one wants to believe it’s happened to someone they love, but believing each other’s stories is vital.

As she wakes and realizes her perspective is being questioned, Violet’s surroundings start to liquify. Her arm tattoo is gooey, the lampshade hanging from the ceiling begins looking something like a Salvador Dalí painting. The melting of her world becomes apparent, taking us to a place where we can feel the world Violet believed to be solid is turning into liquid, lacking necessary structure.

Filmmaker Ariel McCleese uses this powerful imagery to express the importance of sharing and believing each other’s stories, and our own.

“Hexatic Phase is a horror film that explores the implications of sexual and psychological violence through the metaphor of melting.” – McCleese 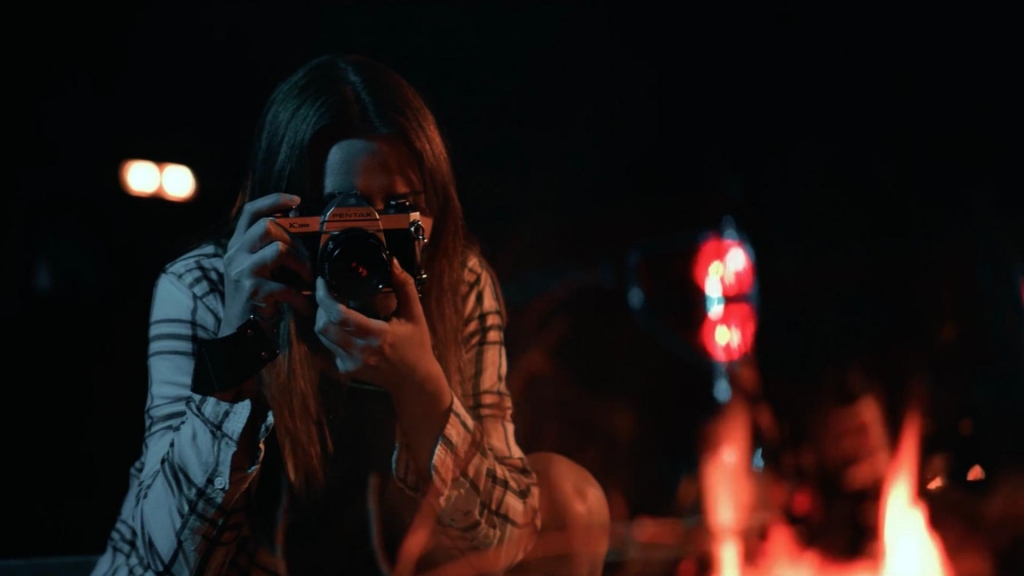 Camping alone, Darcy must overcome the threat of a serial killer and a supernatural being to survive.

Between the Trees combines the real horror of what a woman may face while out in the forest alone, with otherworldly beings that prey back on the human predators they come across.

It begins and we meet Darcy (Danielle Evon Ploeger) who is on a trip to honor the loss of a loved one, a sentimental kind of journey where the last thing she wants is some creep getting up in her business. When she’s approached by exactly that type of creep, Adam (Duncan Coe) she immediately is thrown off and becomes wary of the man.

The next day, it’s extra suspicious when she drives by him, looking stranded next to his ‘broken down’ vehicle. Although, she’s aware of his creepiness and continues on, leaving him behind, someone else is, unfortunately, willing to help him out.

Ultimately, Darcy and Adam meet again in the woods, late at night where the unexpected occurs. A force greater than the man’s aggression steps in and reclaims the space.

Kelli Horan directs, writes and produces this horror action short that takes the journey with Darcy to this seemingly sacred place.

Follow Kelli on Instagram and check out another one of her excellent short films, A Grievance With Gravity, here. 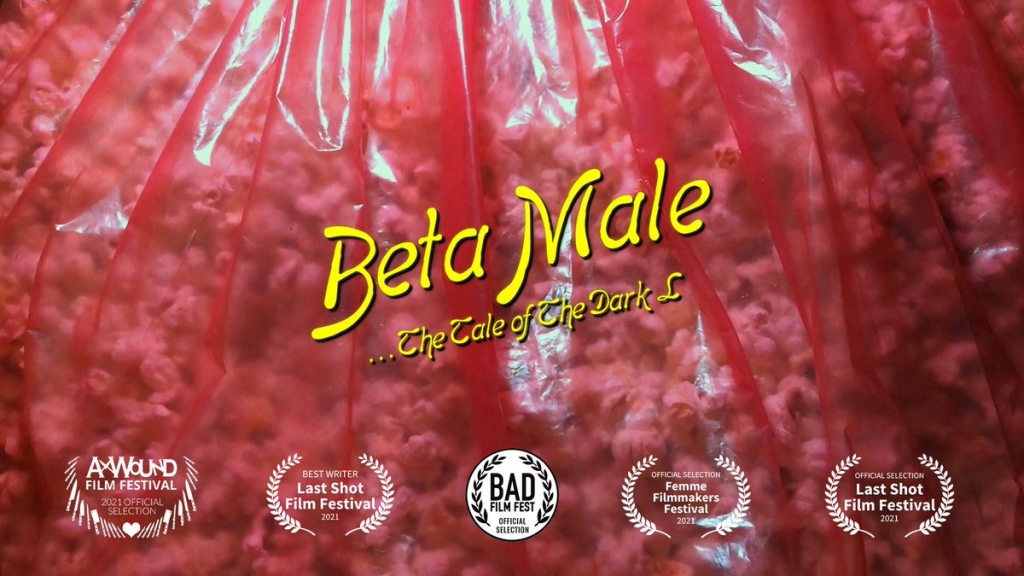 A surreal reimagining of a bizarre real-life encounter, a woman deals with a creep who won’t leave the movie theater after hours.

The short opens as the movie theater in Beta Male… is closing for the night. Marianne Chase, who wrote and directed the short, stars as Audrey, the employee left (mostly) alone to clean and lock up the building.

Headed into a quiet theater, sweeping up popcorn has honestly never looked so fun than in these shots that are both filmed and edited together seamlessly. Eventually, Audrey finds a man left behind, who, of course, won’t leave. While insisting that he leave so that she can finish her job, the man begins to hit on Audrey, asking her out and becoming increasingly creepy.

In another sequence of delicious popcorn cleaning, it is revealed what happens to guests that overstay their welcome and exceed the comfort zone.

Beginning her film career as an actress in the Harry Potter series, Marianne Chase now writes her own sketches and short films, including comedic and horror stories. 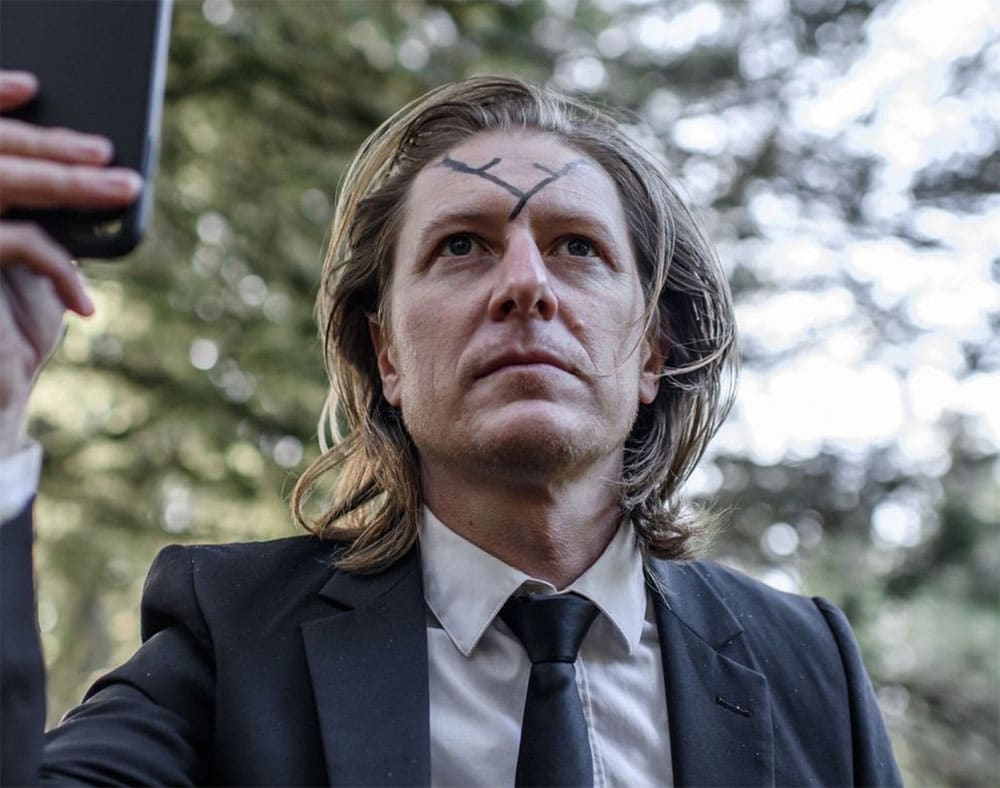 During a male uprising, a female ride-share driver accepts a passenger that she can only hope is not part of the movement.

When Ever (Brittney Connelly) heads off to work for the day as a ride-share driver, she is warned by her roommate to be aware of picking up any extremists. Not too far from our own reality, You Will See Us features an environment where an online figure has radicalized the local men to take what they expect to be theirs from women.

The men in Ever’s town have begun to draw antlers in black marker on their foreheads. As if that isn’t ominous enough, they are seen wearing suits and standing still, until one of them approaches Ever’s roommate after she’s left for work.

Upon picking up a man that Ever believes to be a safe choice, Paul (Thom Hines) needs a ride to a remote location that has Ever (and any logical viewers) skeptical. The drive is long and Paul begins to reveal more information about who he is, clueing Ever in on the dangers that actually surround her.

You Will See Us is the short film adaptation of author/screenwriter/director Jennifer Wolfe’s feature script Rearview Mirror that I can only hope makes it to see the light of a production. Wolfe explains her vision for the film:

The short film conceptualizes an all-too-imaginable scenario in which lonely men radicalized by an online demagogue seek to take back the power and entitlement they believe women have wrested from them. But it is also a story about the yawning divide between men and women still wrestling with outmoded gender roles, demonstrated through an uncomfortable conversation.

You Will See Us takes the possibilities of what is happening in the world around us and instills in us a sense of alert.