Welcome to the fifth and final part of my favorite found footage films series, where I’ll be revealing my pick for the best found footage of all time.

Yes, all of us horror geeks know the above quote, however, I felt that it was  ideal to open the finale of my found footage series. Although, not Lovecraftian in story, style, or theme, the film I will be discussing today is, among other things, an exceptional character study on the way humans respond to the fear of the unknown.

The most effective horror seems to be a delicate balance between revealing enough and holding back the rest. Films like The Haunting, and more recently, The Witch rely on a mounting sense of foreboding that a talented director can create by utilizing all the wonderful mediums that film encapsulates; sound, visuals, theatre, music, lighting, etc. As opposed to just setting up a camera and filming a story playing itself out, the best directors use the camera as an art utensil, like a paint brush, carefully framing every scene, and employ color and sound to represent emotions or accent the characters emotions.

What remains most important is that we see the character’s reaction to whatever unspeakable terrors lay before them, because that is what we as viewers can relate to the most. Lovecraft was a master at conveying the devastating effects such horrors have had on his tortured narrators’ fragile minds.

So, are you ready to discover a found footage masterpiece crafted by a virtually unknown director? Want to watch it free on You Tube? Well then, found footage fans, allow me the pleasure of introducing to you: 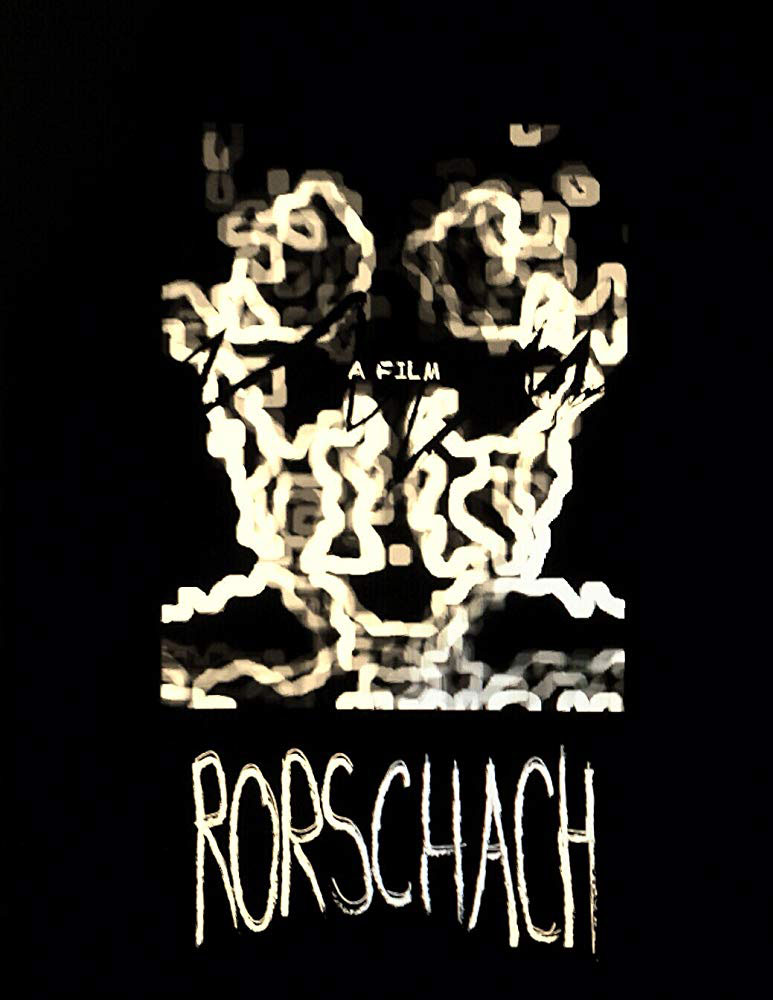 I cannot recommend this film highly enough. RORSCHACH is  an expertly crafted ghost story by  C.A. Smith, who displays his prowess not only as a director, but as  a writer; using themes that we feel we’ve seen a thousand times before, and making them fresh, engaging and terrifying, I believe I’ve watched it about ten times now, and each time I do, I am equally impressed. I’ve studied it, analyzed it, and compared it to other films — and I decided to break it down into all the different elements that make this film highly superior. 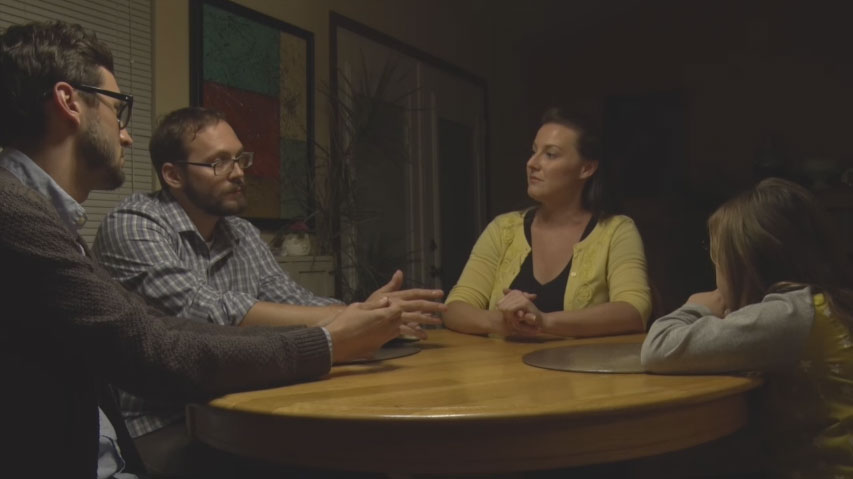 The story, oddly enough, is one we’ve heard a bunch of times; two skeptic, scientific investigators, Ross and Ricky, are called to the residence of a single mother, Jamy, who is convinced that something in her home is causing disturbances and trying to communicate with her young daughter, Ashlynn.

Really? The tired old “There’s something in my house, please help me and record your findings” idea? Yes. But… the incredible thing about C.A. Smith’s script is that he manages to bring well-developed characters and subtly stylized visuals to this seemingly one dimensional  storyline. 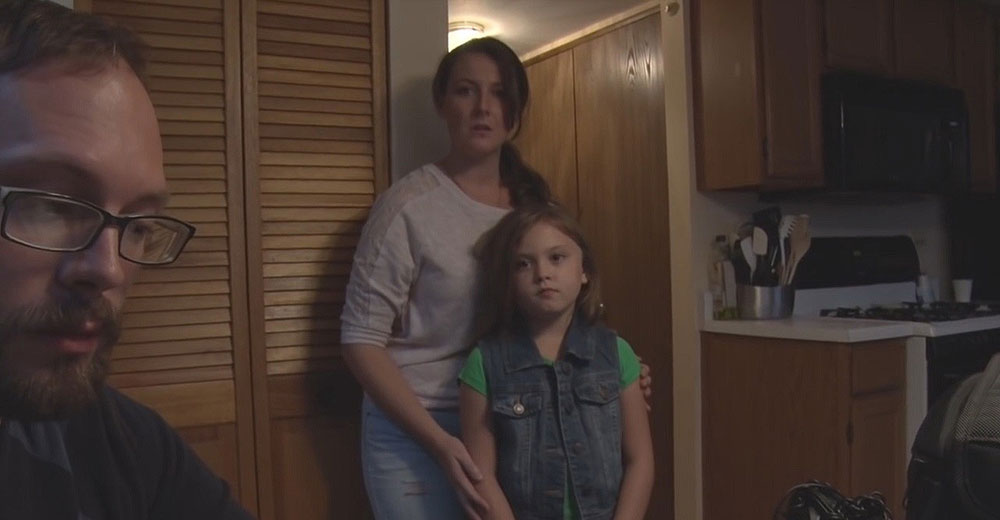 On a personal level, being a seasoned horror fanatic and hardcore skeptic of the paranormal, it’s hard to find a movie that will literally have me thinking twice about walking into a dark room. Well, Rorschach did, and that hasn’t happened in a long long time.

So let’s take a look at ten things I think set Rorschach apart from other found footage films. 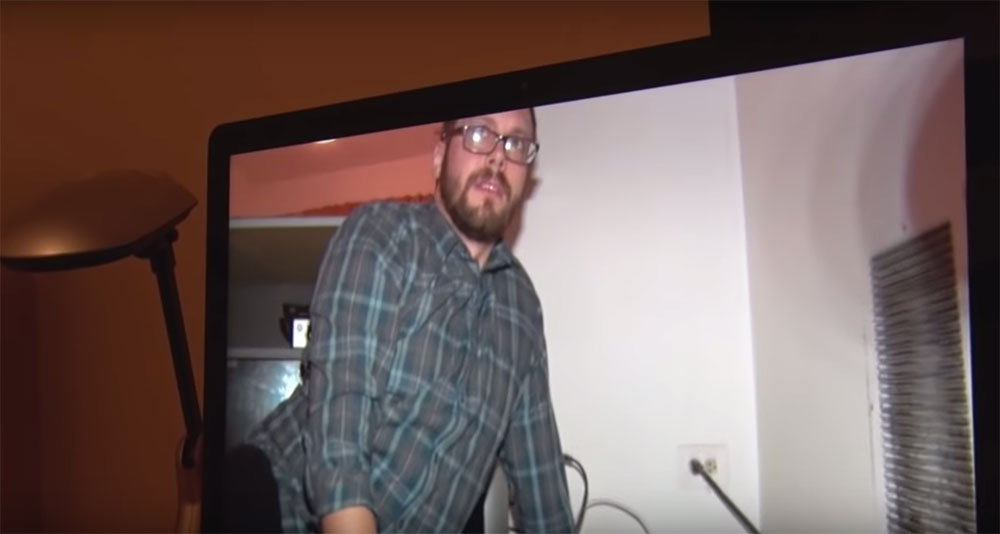 I recommend this experience with headphones, or at least some good speakers with surround sound. A  lot of the scenes include the character’s reactions to disturbing, yet faint sounds heard throughout the house.

There’s an utterly blood-curdling sequence where Ross and Ricky film the sounds coming from a vent in Jamy’s room . The camera is simply focused on the vent, but the absolutely indescribable moans and screams emanating from the opening make this scene really disturbing.

It also features seamless transitions to  Ross and Ricky reviewing their own footage on a computer screen; a tactic rarely achieved to this effect. 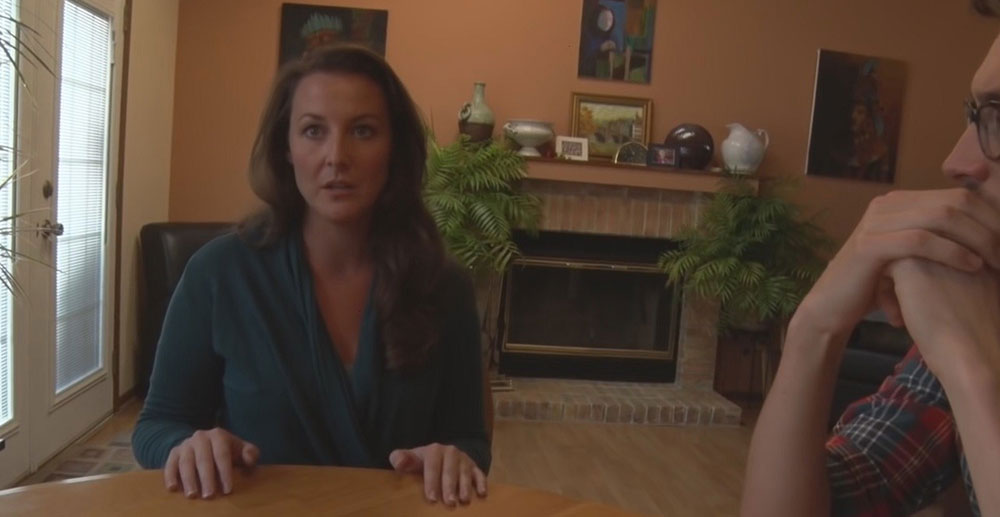 C.A. Smith lights all his night shots with a warm, inviting tone, creating an out-of-place sense of security for his viewers. We know something is very wrong here, but the atmosphere glows with comforting, dim light. A lot of these scenes are blocked with the characters in the foreground bathed in natural light, while the background is dark and foreboding, prompting a fear that something lurks just beyond in the blackness. 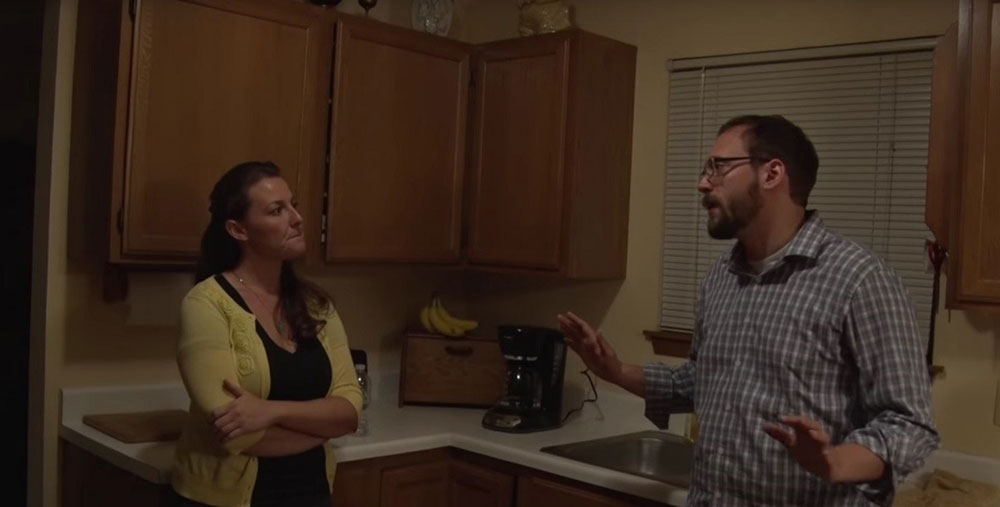 Ricky Lee Barnes and Ross Compton deliver spectacular performances as the two skeptics trying to put Jamy’s mind at ease. The characters are well developed and grow throughout the film. At one point, Ricky is reviewing footage of what looks like an entity making its way through the kitchen. Ross, still clinging to the logic and reason they both value above all, makes despe