Welcome to part three of my favorite found footage films, where we’ll be looking at some of the scariest and most effective faux documentaries.

Welcome to the third installment of my five part series on the best of the best in the found footage sub genre! So far, we’ve discussed everything from murderous dolls and alien encounters, to haunted hotels and doomed expeditions. (Catch up on the previous two installments: Part One: Some Things are Better Left Alone and Part Two: Strange People, Unexplained Events.)

This collection consists of films in the “faux documentary” style found within the genre. Personally, I love a good, engrossing documentary, so when a writer uses that format to tell a fictional story, I find it really conducive to a heightened sense of realism. Especially when the premise alleges that there are truths in our nightmares, the whole thing makes for a riveting experience.

You’ll notice I have included films that deal with characters in the process of making a documentary, as well as actual  presentations in the complete format. Here are some of my favorite films from this specific style.

Part Three: DOCUMENTARIES TO DIE FOR 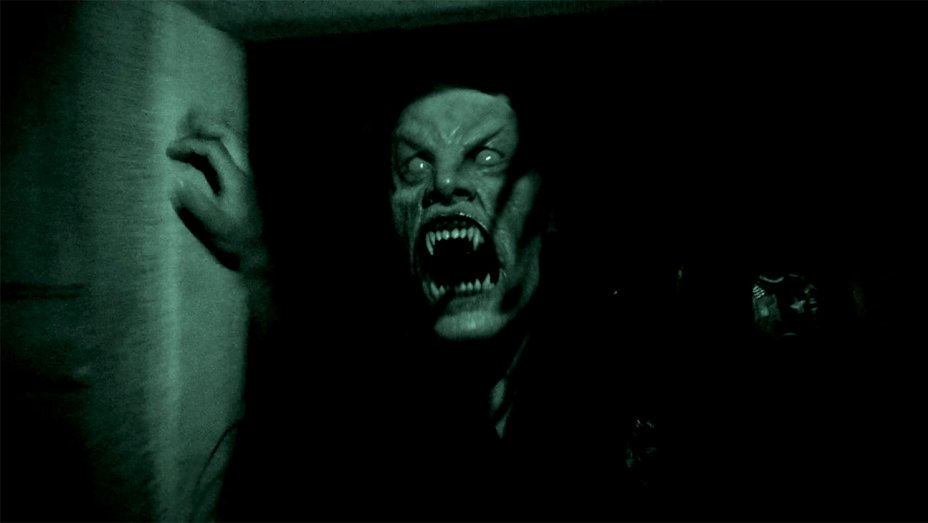 If you love monsters and you’re a found footage fan, then you’ll definitely want to check out The Monster Project.  The plot revolves around a group of filmmakers who decide to make a documentary about people who actually believe they are real life monsters. They put out an ad in search of interviewees, which results in responses from three people; two women, one claiming to be a vampire, the other a demon, and a man who believes he is a skinwalker. The crew meets their subjects to film in an abandoned mansion, and as the night progresses, the madness begins.

I love everything about this film. It’s made up of some solid performances, featuring a strong female character, great effects with some pretty decent gore — plus a huge twist ending which I admittedly did not see coming at all. My favorite part about it though was, without a doubt, the monsters themselves. They looked SO fucking COOL! I found myself nerding out about it. Usually, I’m pretty disappointed with creature reveals, the thing never being as scary as what I was trying to imagine, but these monsters were EXCELLENT. They were deliciously frightening, with the skinwalker probably being my favorite.

There are some truly frightening sequences where the fully transformed monsters chase the film crew throughout the creepy, dilapidated house, and plenty of other fun along the way, but this film also delivers a deeper message about the monsters of legend and the monsters that lurk inside.

One of the crew members is a recovering drug addict, and his struggle to come to terms with his issues is made obvious by the way his friends react to him, which is all at once suspicious and encouraging. His fragile psyche is the most affected by the presence of people who are so accepting of their allegedly monstrous altar-egos, and from my viewpoint his own team members treat him much the same as they treat the “monsters” they find themselves interviewing; with caution and restraint.

Afterall, an addict’s affliction can force them to act in ways they never thought possible to get what they so desperately crave, just as a werewolf is a slave to his inevitable lunar transformation causing him to search out human flesh. Two compulsions with one goal; to fulfill a craving.

So if you’re looking to see some great looking monsters, but also craving a film with a little backbone, The Monster Project will not disappoint.

DIGGING UP THE MARROW (Written and Directed by Adam Green, 2014)

In this totally unique take not only in found footage, but on monsters as well, Adam Green — who brought us gems like the Hatchet films, Holliston, and the tense survivor thriller, Frozen — takes us on an epic journey through horror culture that’s not only scary but tons of fun.

Playing himself, Green and his crew are in the process of filming a documentary about the role of monsters in horror, when he is contacted by a man named William Dekker (played brilliantly by Ray Wise) who claims that he has proof that monsters actually exist and he knows where to find them.

Green, being the awesome horror nerd he is, drags a reluctant crew to hear Dekker’s account of his experiences with creatures he claims to have secret knowledge of. Dekker shows off several sketches and has even identified and named different “species.” He explains that they live underground, which he refers to as “The Marrow,” and that The Marrow can be accessed through several entrances scattered throughout the country. After Dekker leads them to a discreet location in the woods, these entrances are essentially found to be large holes in the forest floor. He warns them though, that if the monsters discover them, they will close the entrance and move elsewhere. And for some reason, Dekker REALLY doesn’t want that to happen.

I thoroughly enjoyed this film, despite some of the negative reviews it received. It has some awesome fantastical elements to it, includes super fun sequences filmed at actual at horror conventions, and features cameos from legends like Kane Hodder. I have a lot of respect for Adam Green though, so maybe I’m a little biased.

There’s also a little lesson in this one, in how we treat the “dejected” of our society. So, if you’re in the mood for something truly unique, check out Digging Up the Marrow, and you might be pleasantly surprised. 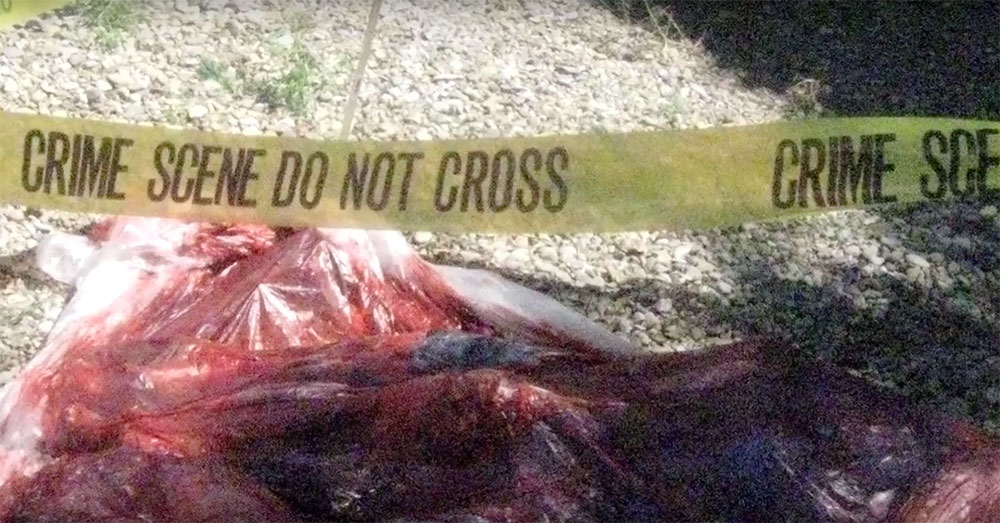 Savageland is not only one of my favorite horror films, but one of my favorite films. Period. It’s a masterpiece in the genre, thanks to some amazing performances and some intensely unsettling themes. (For my full review and analysis, please click here.)

Savageland tells of the events surrounding the lone survivor of a massacre that took place in a small border town. 57 residents were brutally wiped out overnight, leaving an illegal immigrant, Fransisco Salazar, to fall under suspicion of the authorities. But when the photos emerge that he took that night, it’s clear that something much more sinister was at work.

Through an amazingly realistic documentary style, Savageland manages to explore all these themes, which I think you will find are stunningly relevant to the culture we find ourselves a part of. I found it to be intensely scary, not only for the absolutely terrifying photos that were allegedly taken the night of the massacre, but for its ability to make us look at what is happening in the real world.

If you are like me, and can’t resist horror with a deeper meaning and profound message, then Savageland will leave you reeling. 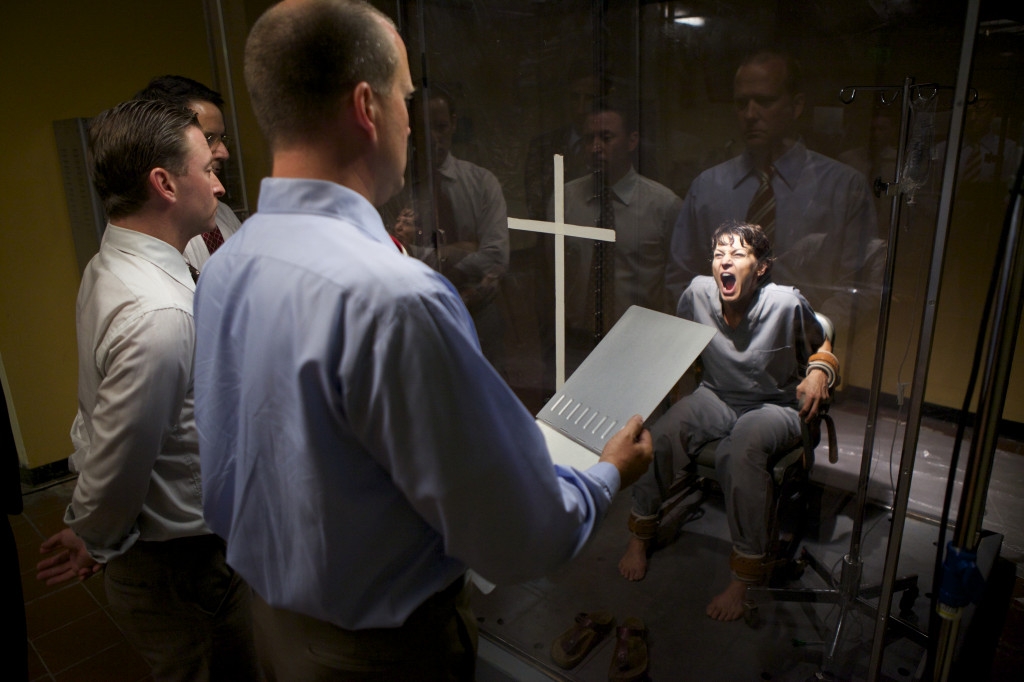 Though it received minimal attention, this film makes my list for its rather creative premise and legitimately frightening sequences. The story takes place in the early 1970s and revolves around Dr. Henry West, founder of a paranormal research facility in Pennsylvania, called The Atticus Institute. Dr. West dedicates his life’s work to trying to scientifically prove the existence of the paranormal and super abilities like ESP.

After a series of disappointments, they finally meet a mousy, withdrawn woman named Judith Winstead. She displays remarkable abilities such as flawless ESP, telekinesis and pyrokinesis. At first, they think they’ve hit the jackpot. But as the experiments continue, it is clear that Judith is much more than a mere psychic with supernatural abilities; something evil resides within her, and this is where she derives her powers.

The government eventually takes over the institute after they become aware of Judith’s condition, in an attempt to weaponize her and the evil that lives inside. But this only escalates the situation, and her powers grow more and more devastating to the researchers at the facility, and their families as well.

My only criticism of this film, is that, where films like Savageland excel at making the interviews with the subjects seem so real, this one falls a little short. Some of the dialogue seems a bit forced and overdramatic. But a powerful performance from Rys Kihlstedt as Judith tended to be where I focused most of my attention. The old footage of the experiments at the facility is really creepy, partly due to the antique looking film. There are some genuinely frightening scenes, and it’s an eerie reminder of why some things just shouldn’t be weaponized, or even messed with, for that matter.

For a good time with a little twist, give The Atticus Institute a ring.