An in-depth interview with versatile actor and beloved horror icon, Bill Moseley, discussing his successful, 30+ year career in the genre (part 3 of 3).

Editor’s Note: Our writer, Billy Stamper, had the pleasure to sit down with one of our favorite horror heroes, the great Bill Moseley. In the third and final part of his interview with Moseley, he talks to him about his favorite roles, his most memorable lines, and what’s next for the talented actor. 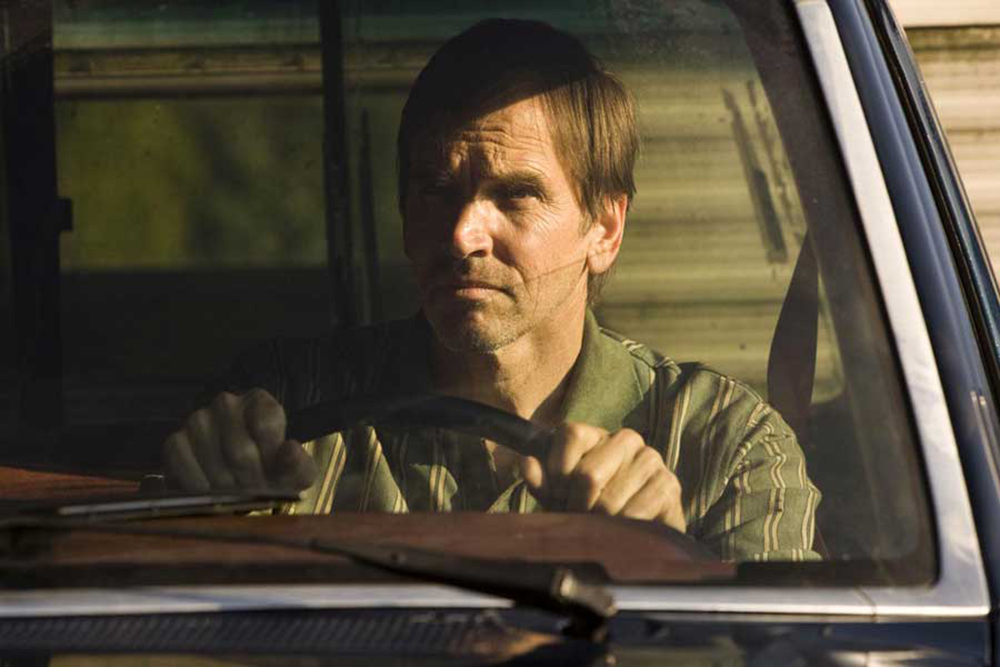 Billy Stamper: So, we’ve talked about a couple of my favorite roles of yours, Chop-Top (Texas Chainsaw Massacre 2) and Otis Driftwood (House of 1000 Corpses, The Devil’s Rejects). But what’s been your favorite role?

Bill Moseley: Honestly, I like them all. I pretty much approach them all the same way. I’ve certainly had a lot of success with Otis Driftwood and Chop-Top. I’ve had some success with Johnny from Night of the Living Dead and Luigi Largo from Repo! The Genetic Opera. I’ve done a lot of work that has been fun and satisfying.

I have to say that, when it really comes down to playing a character, it would have to be Chop-Top. It was such a crazy, fun, kooky character whom I love so much, and it made me realize that I can do this for a living.

I’m an actor for life. It’s so much fun, and I actually have an aptitude for it. Although I’m not as good at the technical side, I enjoy that as well as the creative stuff. You put it all together, and I’m one happy little dude! 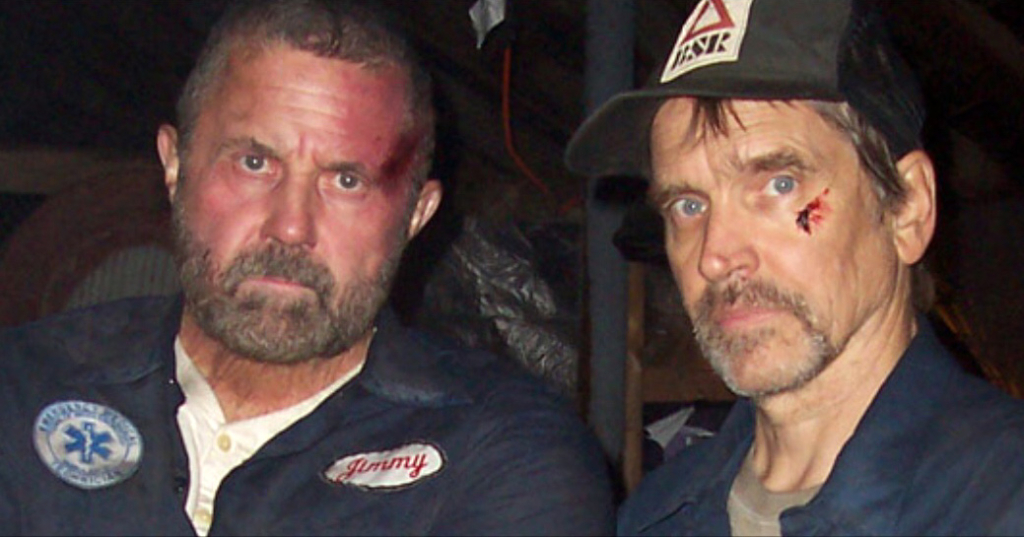 BS: I love that! Can you tell me about your upcoming new movie Death House?

BS: Yes this movie has such a badass lineup, Bill, I can’t wait to see it! But I want to end to circling back to two of your most iconic roles. This may be tough, but can you tell me which character you prefer playing and why between Chop-Top and Otis Driftwood? 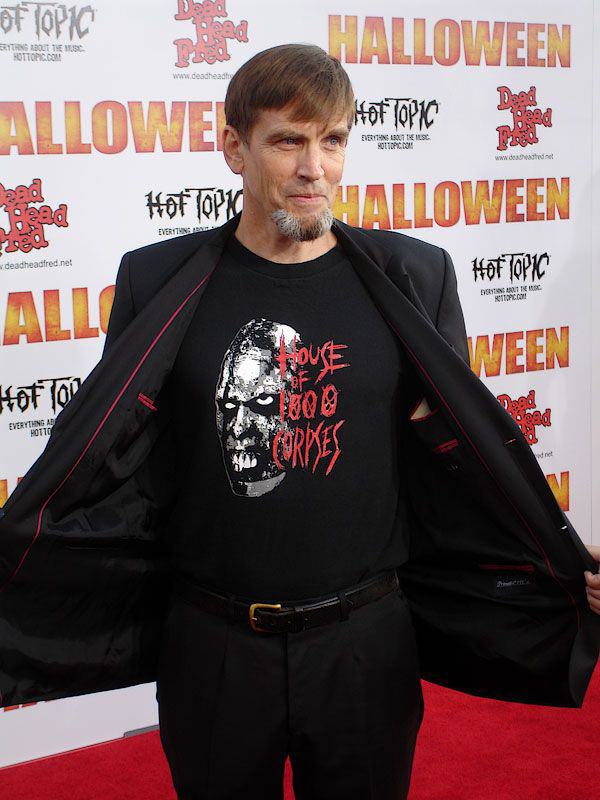 BM: I like them both for different reasons. I like Chop-Top because he is sketchy and funny and crazy. Otis is also funny and has a sense of humor and is crazy. Otis is more like a hard-ass cowboy. Chop-Top is just clearly a goofy nut! So I certainly identify with the goofy nut over the hard-ass cowboy. That’s why I’m very grateful to Rob Zombie for seeing the badass cowboy in me.

Prior to playing Otis in The Devil’s Rejects, I had never grown a beard before. I never really thought I could. Then Rob said, “Why don’t you stop shaving for a while and just see what happens?” And out came this amazing beard that I didn’t know was in there…so Rob could see things in me that I couldn’t see. For that, I’m very grateful. 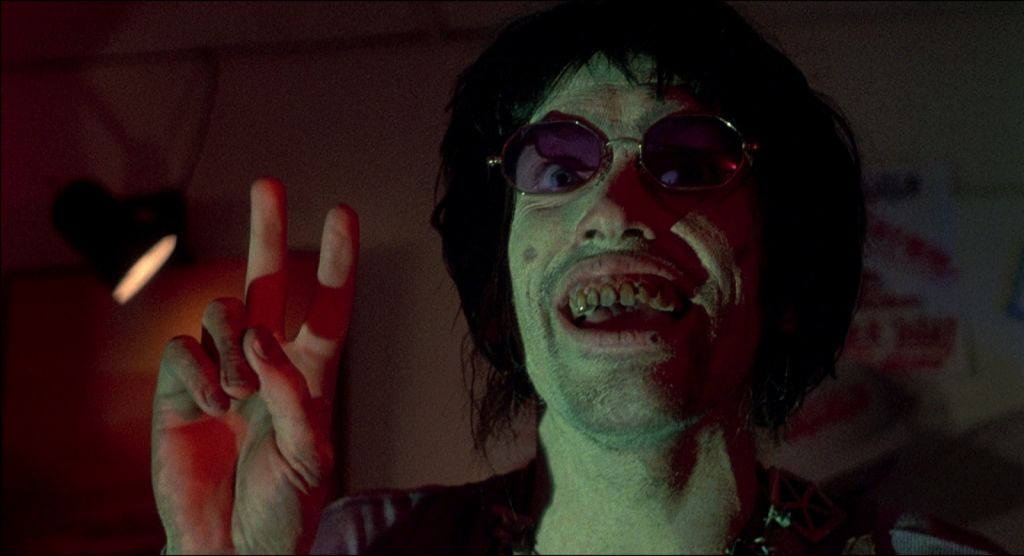 Tobe Hooper just loved Chop-Top, and that was very great. He really encouraged a lot of improvs. I remember one time we were shooting a scene in the radio station. It’s where I’m beating poor L.G. McPeters, the radio station engineer, in the head with a claw hammer. He’s spitting and bleeding, and I’m going, “A 1 and a 2 and a 3… Incoming mail!” Doing all this stuff and pounding away on him.

We did 12 takes of that. We were using this rubber hammer painted to look like a real one. It had a filament of a coat hanger in the middle of it, so it wouldn’t completely fall apart. And I’d whack L.G. on the head — sometimes it would just bend like a horseshoe. Tobe would stop and say, “Let’s reset and straighten out the hammer.” So we ended up doing 12 takes.

I always think that if you do another take you’ve screwed up somehow, especially with my first movie like that. Tobe kept saying, “Yeah it’s great, let’s do one more take.” So I looked up and said, “Tobe, am I doing something wrong?” And he goes, “Hell no Bill, I’m just having fun watching you.” (Laughs) I just thought that was so cool. Like, wow, Tobe Hooper just likes to look through that camera lens and see me whaling away.

That was really encouraging. That not only made my day…it gave me the energy to keep going and freak him out. That became my mission to do cool, crazy stuff that would make Tobe delighted. 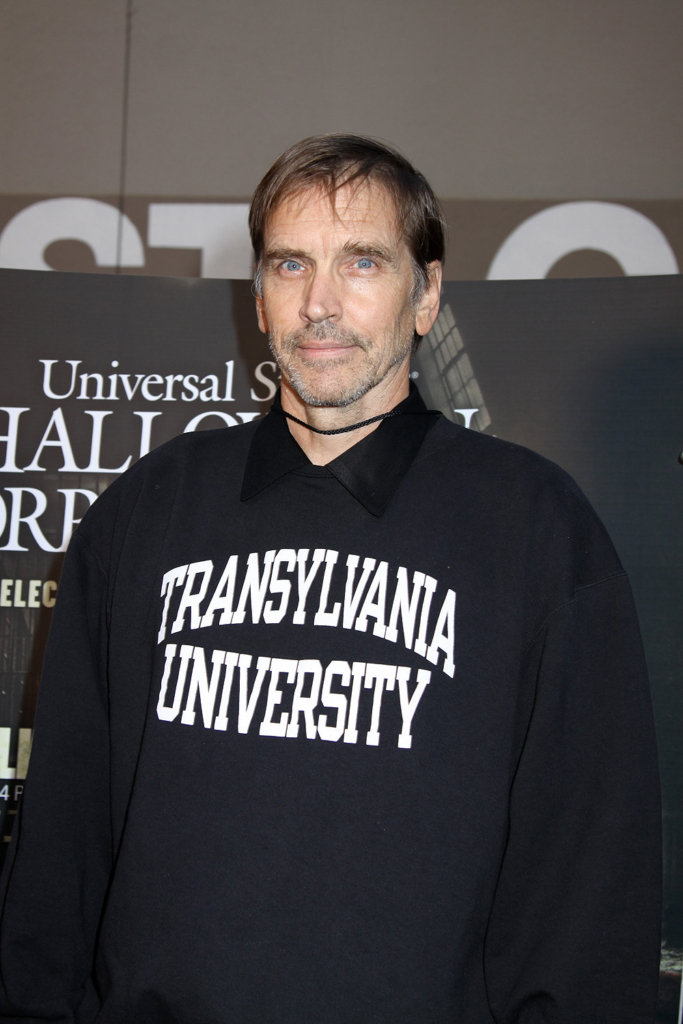 BS: That’s badass, Bill. That story made my day. How inspiring it must have been to have that presence surround you.

BM: Well, if you look at most of my characters, Billy, most if not all I’m always happy in my work. I enjoy what I do, not just as Bill Moseley playing a character, but also the character always seems to enjoy what they’re doing. Even if what they’re doing is horrible and horrifying. But that’s the energy I like to bring to the characters. That’s just really enjoying being who I am in each particular movie.

BS: Yes, even Honey I Blew Up The Kid, which was another classic. 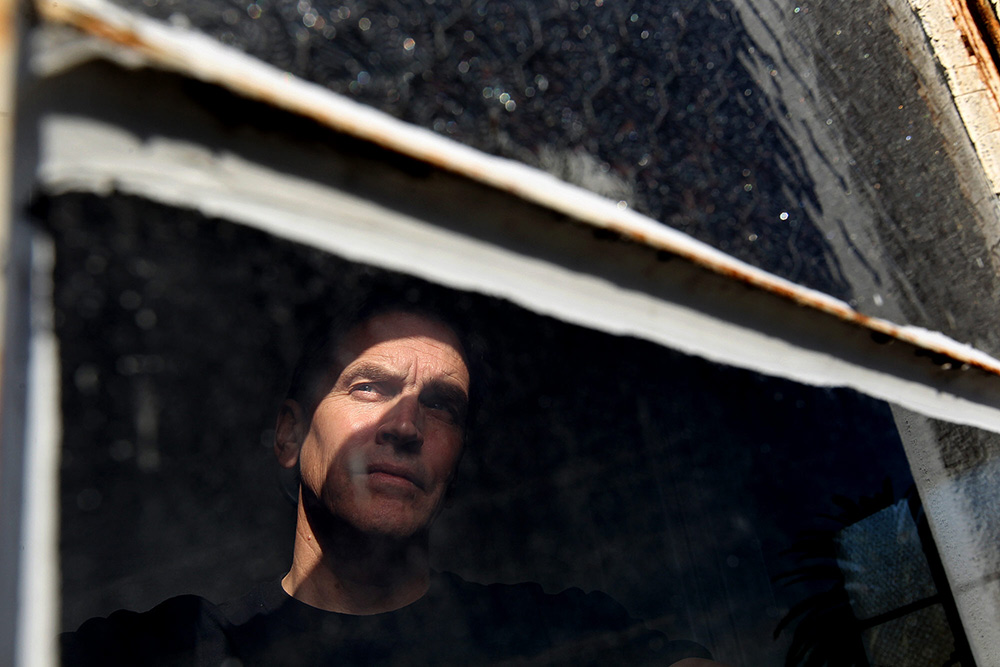 BS: Well, its time for my last question, Bill. You’ve had so many classic quotes in your films. Is there one that is your favorite?

I’m also asked to write, “Boy, the next words to come out of your mouth better be some brilliant fucking Mark Twain bullshit. Because it is definitely getting chiseled on your tombstone.”

Those two quotes from The Devils Rejects are the most popular, but my favorite is one that I actually made up, which is part of the improv from The Texas Chainsaw 2: “LICK MY DOG PLATE YOU BITCH!”

BS: I love your quotes, Bill. I have to say that scene in The Devils Rejects where you say, “I am the devil and I am here to do the devil’s work” was haunting. I read “Helter Skelter” the summer after The Devils Rejects, so I didn’t know Rob Zombie had modified that to his own quote.

BM: I didn’t know it either at the time, to be honest. But, you know what, we got lucky with that scene. We had been out in Lancaster, California, which is in the desert. Where we were was a very hot and dusty location. And when I was looking down on Geoffrey Lewis and about to deliver that line, a little bit of wind came up and blew my hair really over my face. It gave me that chance to pull my hair aside and then deliver that line. So that was just a happy accident, because there wasn’t any wind there at all. But in that moment, there was a little bit of the wind when I’m leaning forward, and my hair came across my face. And I feel like it added a lot of dramatic element to the film. 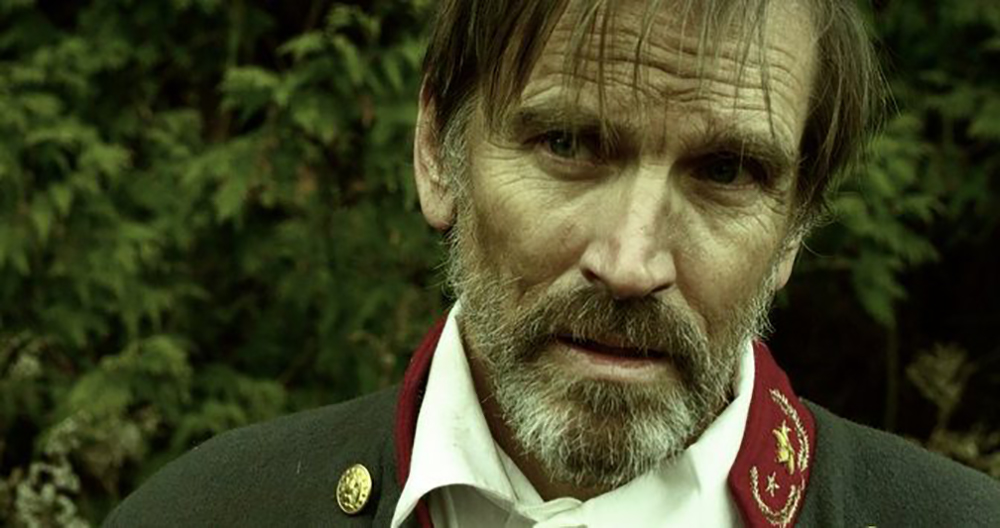 I consider an actor like a salesman of reality. If it’s working for you and you believe it, so will the audience. But if you don’t believe, the audience isn’t necessarily going to feel it. That’s why it’s good to do that meditation, whether it’s on a lake in Wisconsin or whatever you find peace in. It’s a good deal. I started with The Texas Chainsaw Massacre in 1986. So I’ve been doing this for over 30 years now.

BS: What a great ride it’s been! I can’t thank you enough for doing this interview with me. You’re one of my absolute favorites, and this was such an honor.

BM: Thank you, Billy, thanks for calling me. It’s been my pleasure. I’m a fan, too, so I like to talk about this stuff. It was nice to talk to you!