With smart writing, great gore, and stellar performances from horror’s finest, Death House lives up to its promise to make horror great again. 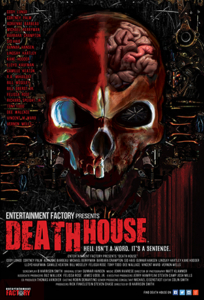 Boasting a cast featuring the who’s who of horror, Death House has already become a special film for horror fans even before its release. From Kane Hodder to Adrienne Barbeau and Dee Wallace to Bill Oberst, Jr., the film has many prominent genre stars and fan favorites. Mixing that with an original story makes Death House a film to really get excited about.

The story goes like this: During an exclusive tour, a power breakdown inside a secret prison known as the Death House sends two agents fighting through a labyrinth of horrors while being pursued by a ruthless army of roaming inmates. As they fight to escape, the agents push toward the lowest depths of the facility where they learn a supernatural group of evil beings are their only chance for survival. 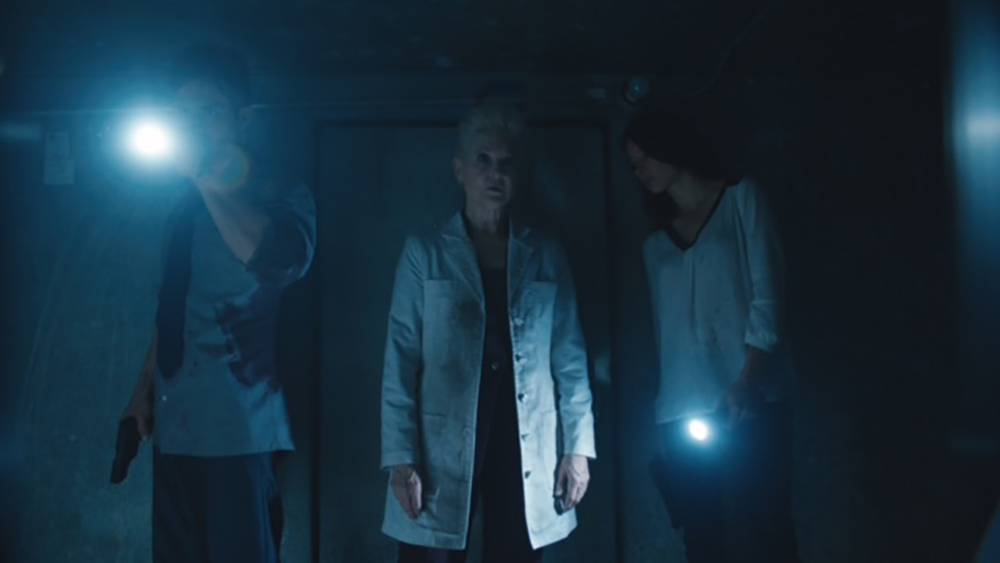 Full disclosure up front…I’m close to the production. Thus, when I watched the film for the first time, I was really nervous. What if I didn’t like it? I knew it had all the pieces to be a great movie, but still, I was worried. It’s hard for a film to live up to that much anticipation.

I’m happy to say I loved it! It’s different. It’s exciting. It’s awesome to see all of our horror favorites on screen together in this high tech, yet outdated and crumbling prison called DEATH HOUSE. 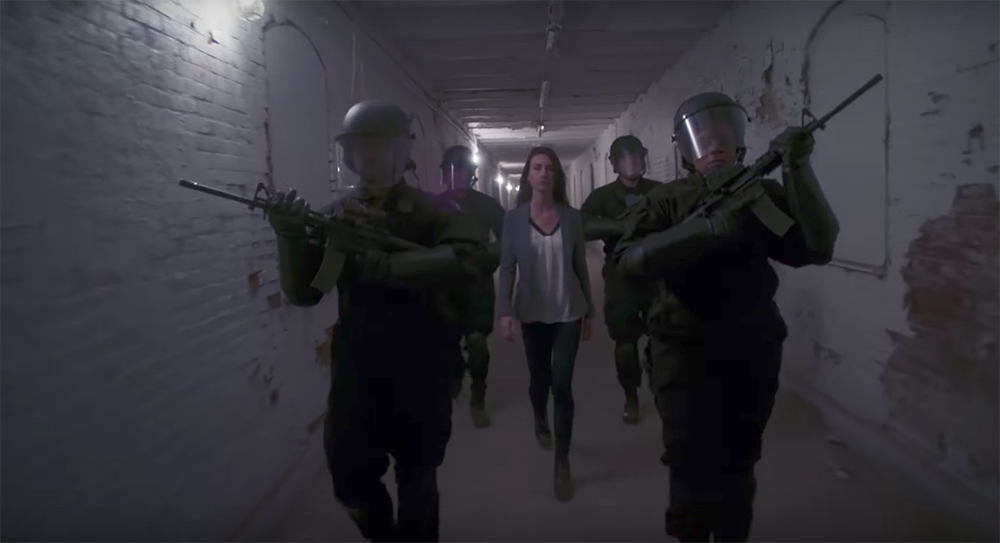 Most importantly, I had fun watching it. Let me tell you why.

I’ll start by saying this: When the film ended, I found myself thinking backwards and connecting the dots — following the events in reverse back to the beginning. Then I thought to myself, “I want to see this again.” So I did. I watched Death House 3 times in 2 days.

Director B. Harrison Smith has said many times that this is a smart script, and he’s right. You really have to pay attention and put the clues together in this mysterious facility, because there’s more than meets the eye in Death House. When I watched it again, I picked up on more story, more character development and more horror Easter eggs scattered throughout the film. 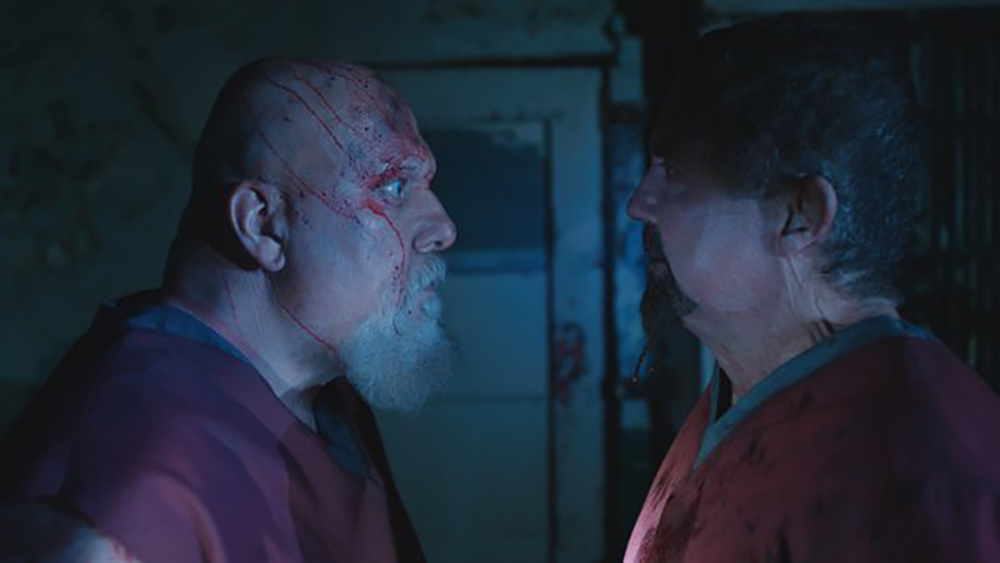 The practical effects are top notch, bloody and just damn awesome. One scene has a stomach being ripped out and a face ripped off back to back, and it’s a sweet double gore punch in the face that left me smiling from ear to ear. And that’s between Kane Hodder and R.A. Mihailoff…how cool is that?!

The film has an unmistakable 1980s sci-fi/action look to it — reminiscent of Escape From New York. In fact, that film and Death House would make for one hell of a double feature.

Following the 1980s theme is the music. My ears were flipping out listening to the score of the film and all its exciting synth-sounding goodness. It’s cool as hell. IN fact, as good as the film is as a whole, the music was my favorite part. Bravo to composer John Avarese. You knocked it out of the park with this one. 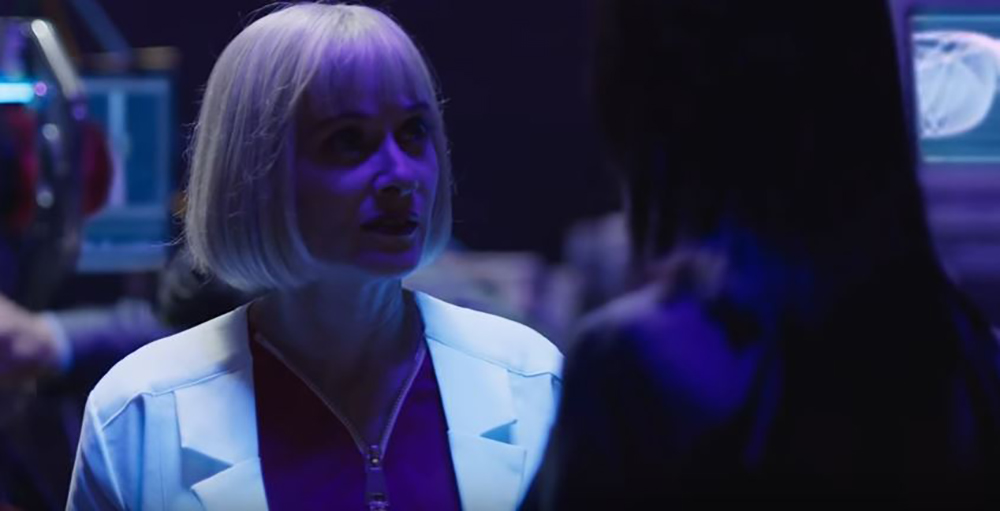 There are a couple moments in the film where I felt the scene fell short of its potential. There’s an elevator shaft drop scene with Agents Novak and Boon (Cody Longo and Cortney Palm) that is an ambitious sequence. While the director and the film crew went for broke, I feel it would have benefited from a bigger budget to fill the scene out with more action and movement.

Performance wise, everyone in the film does solid work, which helps make the film so good. Among its sprawling cast, Barbara Crampton and Sean Whalen stood out to me. Crampton has fun with her role as the snarky Dr. Karen Redmane. She gets the chance to show her remarkable acting ability in various ways. She’s at once funny and lighthearted, but she appears cruel at the same time. Through all of this, her character remains likable, which is no easy task to pull off. And yes, we get to see her afraid. Very afraid. Crampton is wonderful in this. 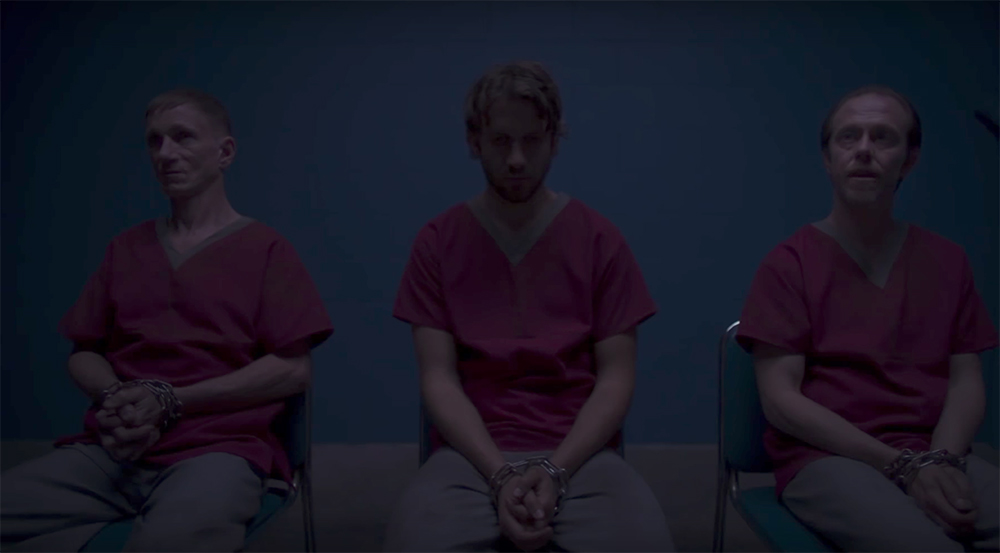 Sean Whalen makes the most of his screen time in an unflinching and chilling performance. His delivery is so icy and calm, coupled with an eerily numb expression and dead still posture. Whalen and Crampton share a scene, and for these reasons it’s one of my favorites in the film.

I also have to mention Cody Longo and Cortney Palm. They have the trickiest and most layered characters in the film, and they both are excellent in portraying the tough federal agents they are. But they are equally impressive showing how vulnerable they are in a place like Death House, as they fight through its hidden horrors to discover its secrets. 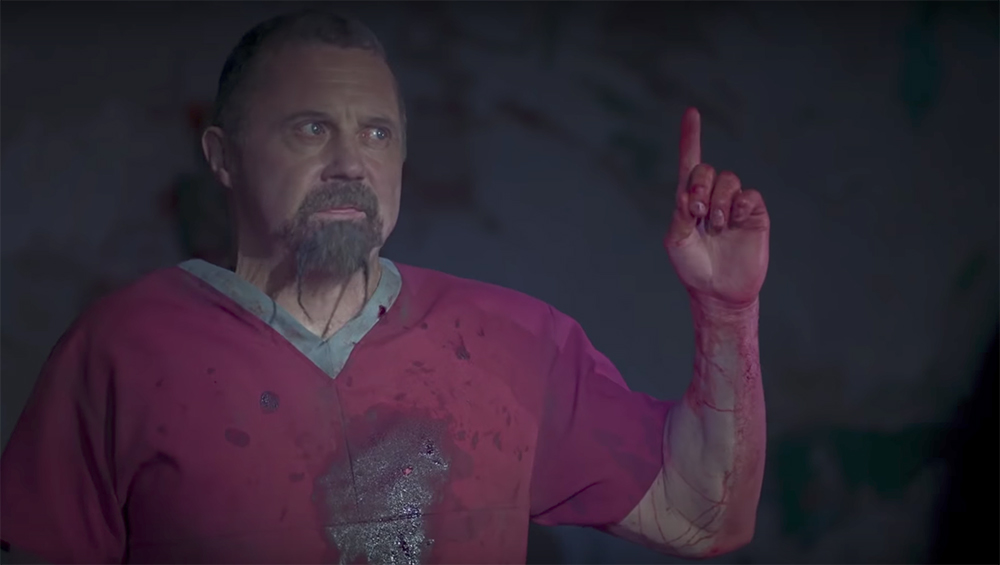 And this is Kane’s show. Yes, we get to see Kane Hodder do his thing without wearing a mask, and it’s absolutely great. His Jason Voorhees eyes are even more menacing with the mask off. His kill in the riot scene fits right in with any kill we see in HATCHET. He shows why he’s an icon, and I think horror fans will love him in this.

Overall, Death House is an exciting and fun ride that twists and turns…and drops you off at the end miles from where you began.

The last 20 minutes gave me goosebumps, and Bill Moseley is just perfect as one of the 5 Evils. Yeah, I didn’t even touch on the 5 Evils here. You’ll want more of them. I was thrilled and relieved to love this movie. I’m a horror fan, and I want horror films to give me an exciting good time. I think that’s what we’re all looking for with horror films.

Tom Atkins said it best in Night of the Creeps: Thrill me. And Death House thrilled me.