This week on the cast, we talk “I Need You Dead” with Rocko Zevenbergen and dive into a double feature of “Uzamaki” and “Dark Country”.

It’s that time again for Bloodhound Pix to bombard you with episodes highlighting the people and projects that make up the horror community’s independent and obscure.

This week is Craig’s double feature for Cinema Obscura and another insightful interview for Indie-stry.

First up, we have Indie-stry.

The industry seems to be changing drastically each year, so wouldn’t you rather get information from people that are dealing with modern issues instead of basing their advice on something that may have worked decades ago but may seem outdated now? We think so.

Indie-Stry episodes of Bloodhound are dedicated to bringing you up to date with guests from all levels of the industry to create a guide for your journey into the horror community. 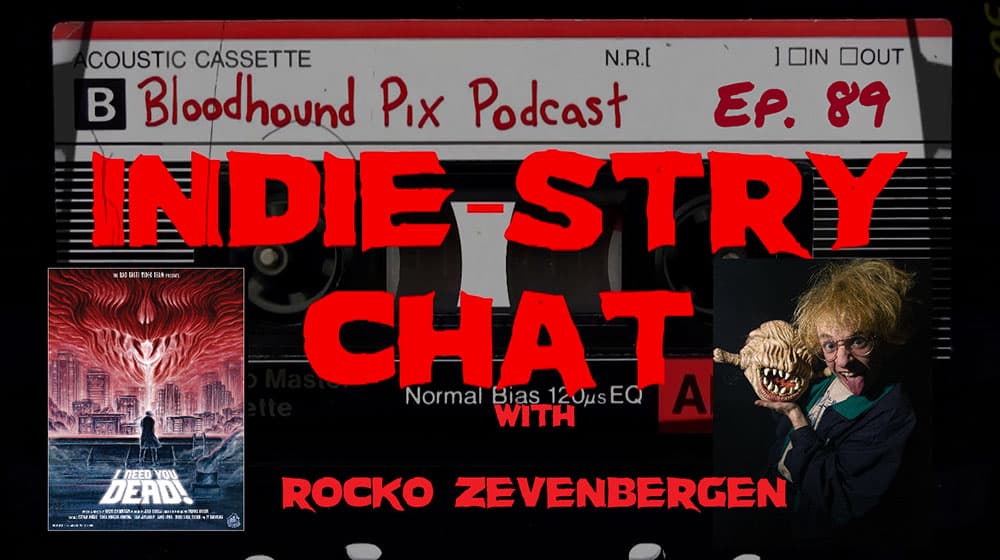 Using interviews and roundtable discussions on crucial topics for up-and-comers, these episodes are used to create a safe space where a diverse group of voices can authentically discuss what faces this genre that we’re all passionate about.

Craig had the pleasure of interviewing Rocko Zevenbergen, the filmmaker behind the highly original, I Need You Dead! A Troma-inspired flick that goes off in different directions to challenge viewers’ expectations of plot structure.

During the interview, Craig and Rocko discuss the process of making the movie, Rocko’s Troma connection, depression, how nostalgia-based content has started to limit creativity, and (a personal favorite topic of Craig’s that he never gets to discuss) harsh noise.

IMDb synopsis: After a moment of total teenage angst, a young punk finds himself at odds with a psychedelic monster of his own creation.

Next up, prepare yourself for a double feature of the obscure and independent cinema that the horror genre has to offer. 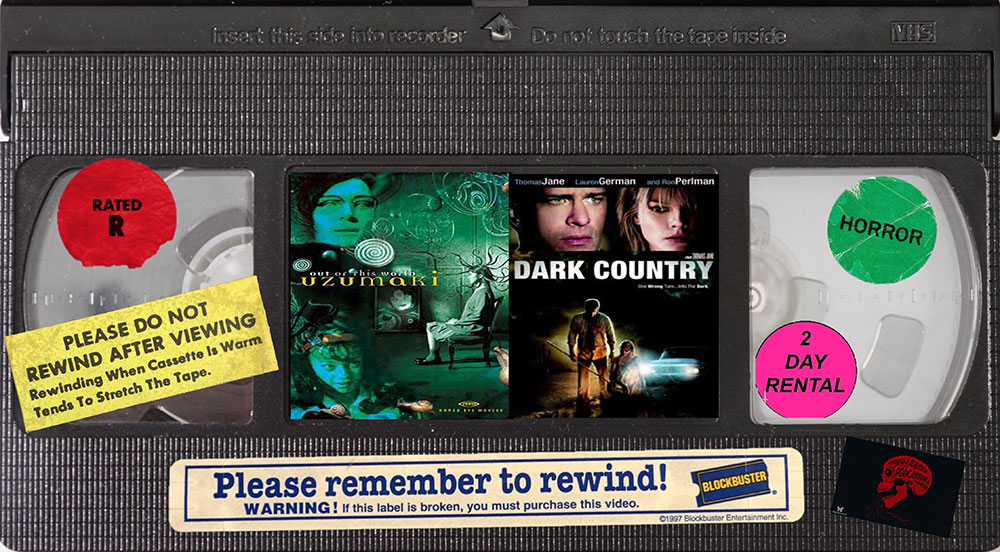 In each episode, Craig, Josh, and Kyle will tackle two movies in a segment that is one part highlight and one part retrospective review. The three will be able to loosen up and let their personal opinions shine. They may be hidden gems, dumb fun, so bad they’re good, torture, movies “only a mother could love,” or some combination; but someone deems them worthy of a viewing.

This time, Craig got to choose two films that have a strong comic/manga connection and deal with the concept of loops or spirals in two drastically different ways.

Uzumaki IMDb synopsis: The inhabitants of a small Japanese town become increasingly obsessed with and tormented by spirals.

Dark Country IMDb synopsis: A couple en route from Las Vegas are forced to deal with a body out in the desert making their honeymoon one hellish ride.