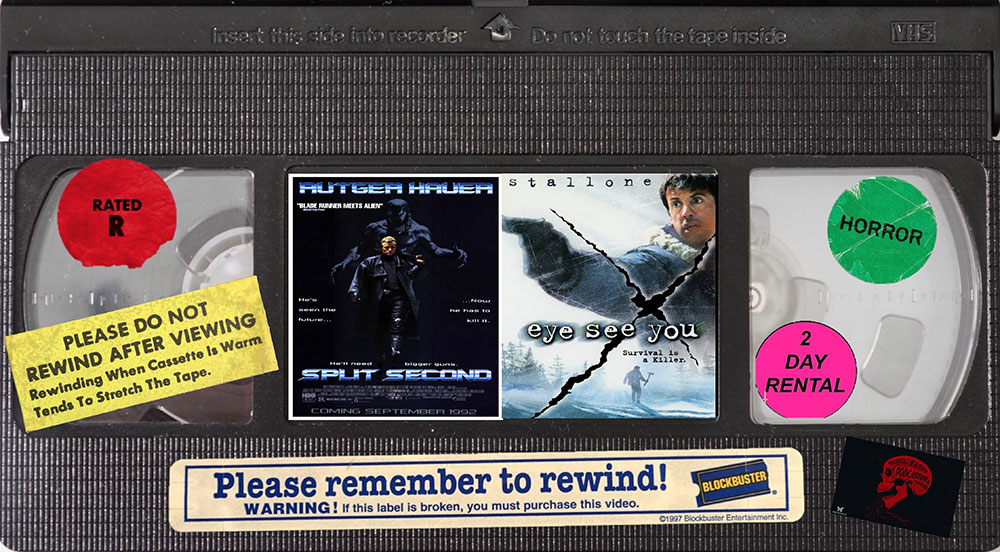 Join us as we discuss the virtues of Split Second, flawed though it may be, and the many things wrong with the Stallone slasher-drama Eye See You and its vastly underused cast of wonderful character actors.

Split Second Synopsis: In a flooded future London, Detective Harley Stone hunts a serial killer who murdered his partner, and has haunted him ever since. He soon discovers what he is hunting might not be human.

Watch the trailer for Split Second here and stream it on Amazon Prime, Tubi, or Pluto TV.

Eye See You Synopsis: A lead detective being stalked by a serial killer is asked to check into a clinic treating law enforcement officials who can’t face their jobs.

Watch the trailer for Eye See You here and stream it on Amazon Prime, Vudu, Tubi, or Pluto TV.