**Note: I know there are different spellings of “zombie” for the title of these movies, but for clarity and my editorial sanity I am using the spelling of “zombie” throughout instead of “zombi.” 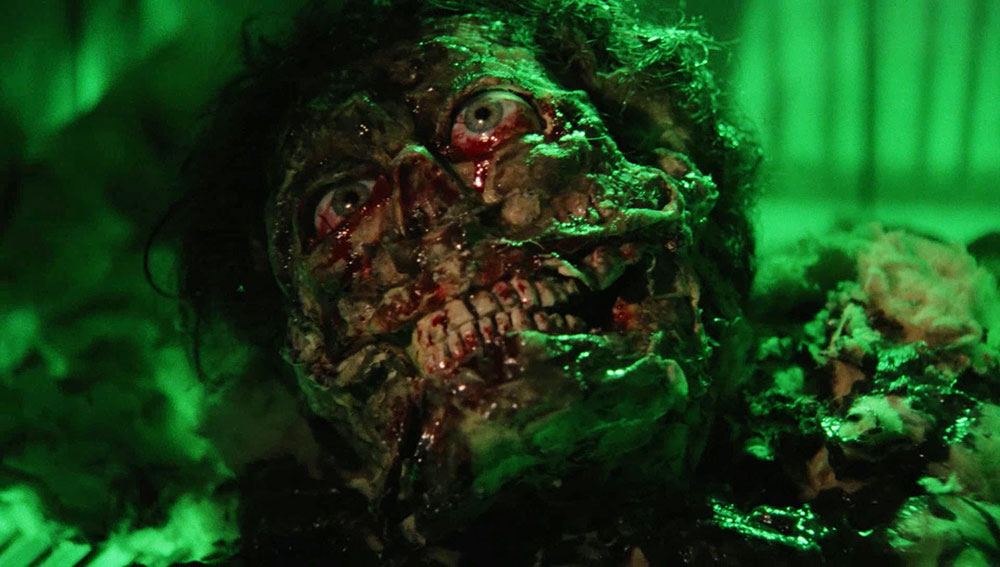 It’s hard to pinpoint what makes Italian “eurosleaze” movies like ZOMBIE 3 and ZOMBIE 4 so well loved in the horror community. They are not, under normal circumstances, good movies. But there’s something about these low-budget, filmed-in-the-Philippines, blood-soaked movies that keep horror fans coming back for more.

I count myself among those crazed fans, and send out a deeply felt “thank you” for boutique labels like Severin Films that rescue these movies from obscurity to make them less obscure.

ZOMBIE 3 and ZOMBIE 4 are sequels to the Italian release ZOMBIE 2, which is known as ZOMBIE in the United States. ZOMBIE 2, directed by horror legend Lucio Fulci, is an unofficial sequel to George A. Romero’s DAWN OF THE DEAD, aka ZOMBIE in Europe. Aside from the inclusion of the living dead, none of these movies have any related story. 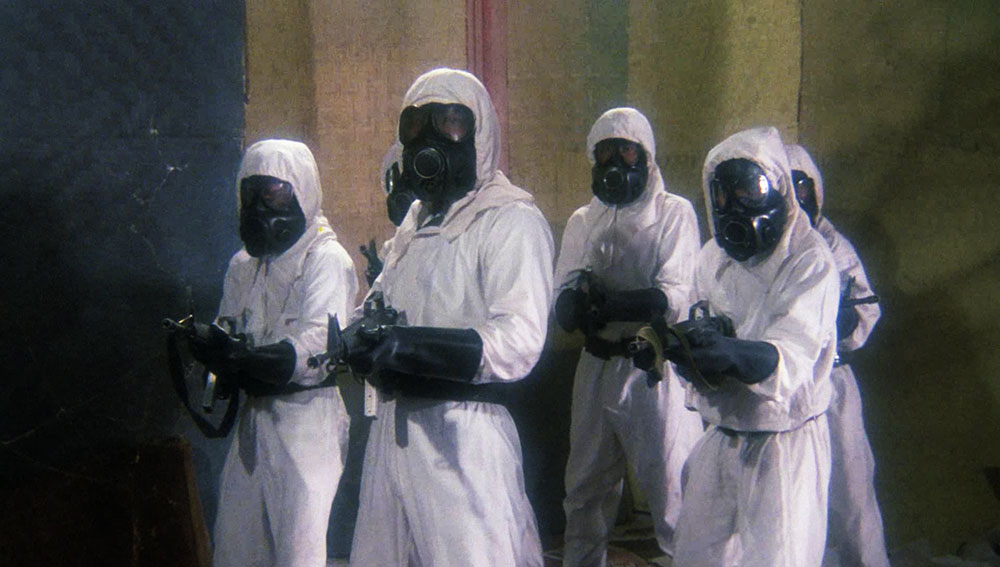 To further the crazed behind-the-scenes story of this series of films, ZOMBIE 3 lists Lucio Fulci as the director, but he only directed about 60% of the movie. The rest of the film was completed by Bruno Mattei, who stepped in when Fulci refused to finish filming due to illness. On top of the Fulci situation, the movie’s original cast refused to return to the Philippines to complete the film, forcing Mattei to hire a completely different cast to complete the film.

ZOMBIE 3 is somewhat reminiscent of RETURN OF THE LIVING DEAD. Scientists, working in partnership with the military, have developed a serum to bring the dead back to life. However, the serum has a serious side effect in that the dead are violent and crave human flesh. The serum is stolen and mistakenly released on an island, causing the dead to reanimate and hunt the humans on the island.

Directed by Claudio Fragasso (credited as Clyde Anderson) who made TROLL 2, infamously labeled the worst movie ever made, ZOMBIE 4, aka AFTER DEATH, had a less turbulent production, but is no less bonkers than its predecessor. 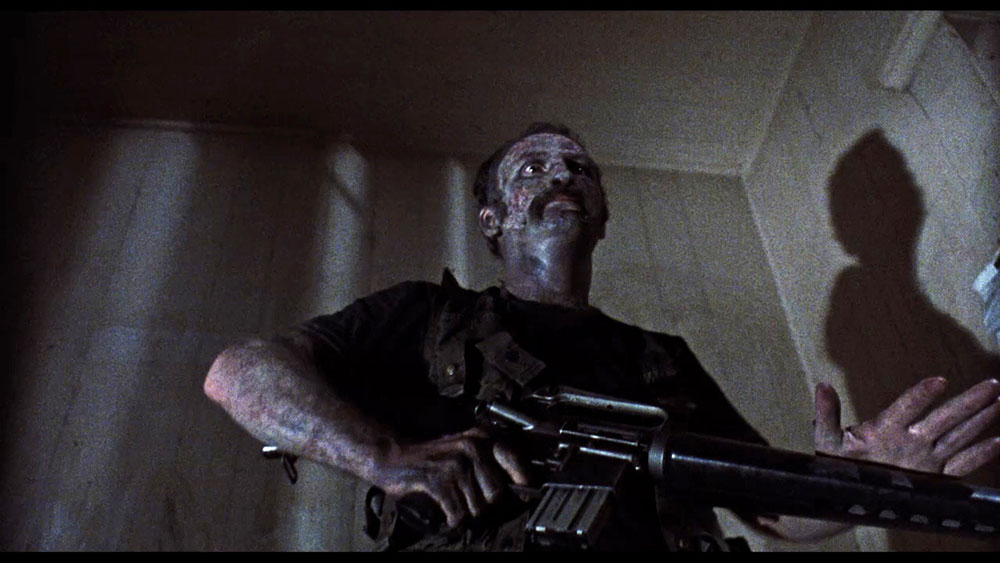 Writers Claudio Fragrasso and Rosella Drudi wanted to do more than just show slow-moving, flesh eating zombies in this movie. To spark some life in the genre, Fragrasso and Drudi came up with some ideas for the undead in ZOMBIE 4 — voodoo magic, zombie birds, martial arts performing zombies, talking zombies, machete-wielding zombies, and more were used to stretch the boundaries of the zombie genre. Unfortunately, as was the case with many of these eurosleaze movies, the film’s budget did not match up to the lofty ideas in the script.

ZOMBIE 4 begins with a group of researchers finding a voodoo priest performing a ceremony to reanimate the dead to do his bidding. As the zombies rise, the researchers fall quickly to the mass of ghouls hunting them. A young girl, the daughter of one of the researchers, escapes the island alone. Years later the girl returns to the island to find out how her parents died.

A treasure hunting group, separate from the girl, also make their way to the island to seek out The Book of The Dead which, of course, they find. There wouldn’t be a movie if they didn’t read from the book, so the hunters do as they must, and read a passage from the book that unleashes the horde of undead flesh-eaters once more. 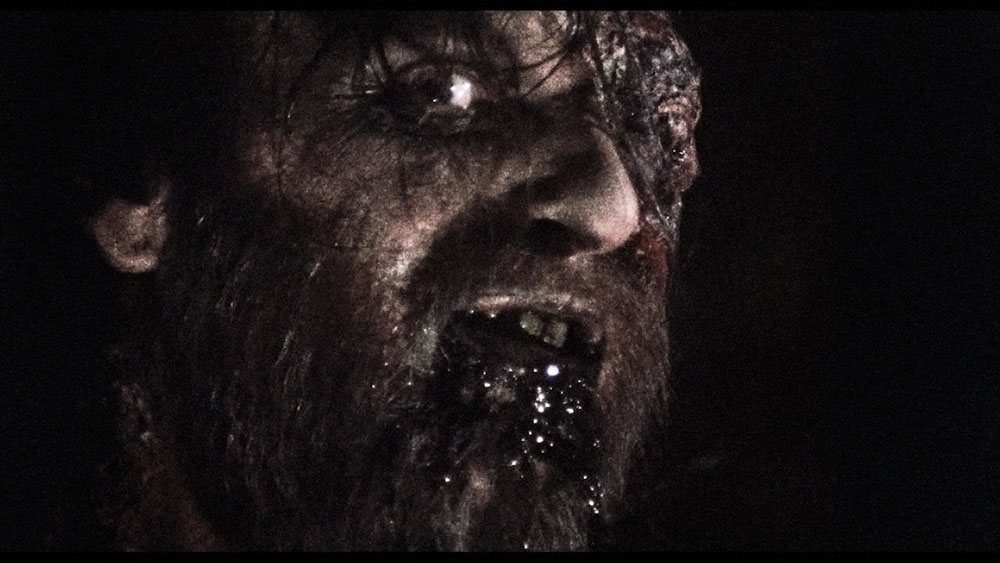 The extras on both discs are similar. Both movies were given a 2K scan and look fantastic, and the movies are available uncut. The best feature of both discs are the long interviews with writers Claudio Fragasso and Rossella Drudi.

Both have a lot of insight into the making of the movies, the production troubles, and their hopes in the kind of movie they wanted to make and what was eventually released to theaters. As a bonus, just try and keep your eyes off of Rossella Drudi’s incredibly large cat during the interview. 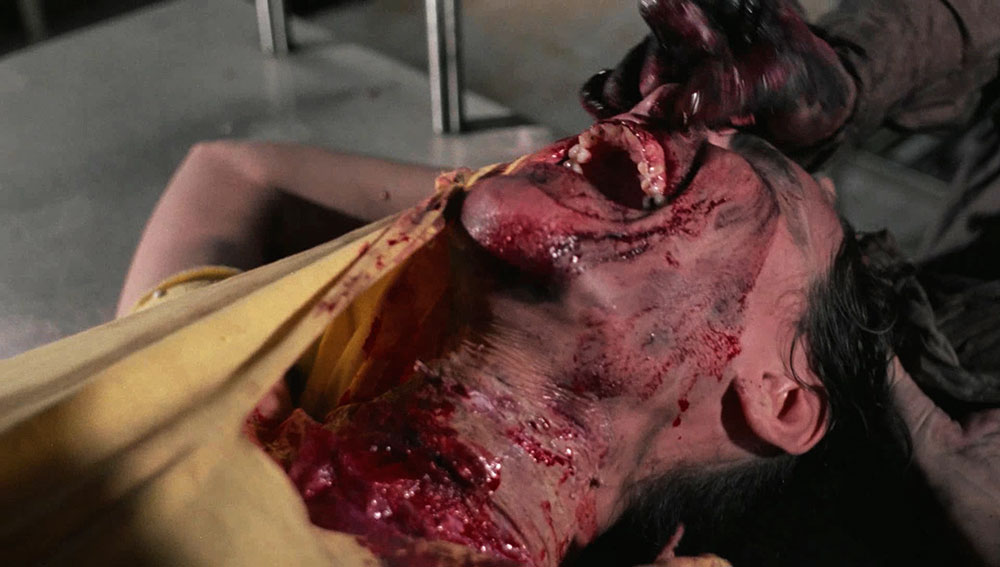 The charm of these movies can’t be denied, even as you question their overall quality. The producers making these films may have been more interested in scoring a buck off the popularity of the Romero LIVING DEAD films, but the passion and delight that comes across from everyone involved in the making of these movies comes through on screen. 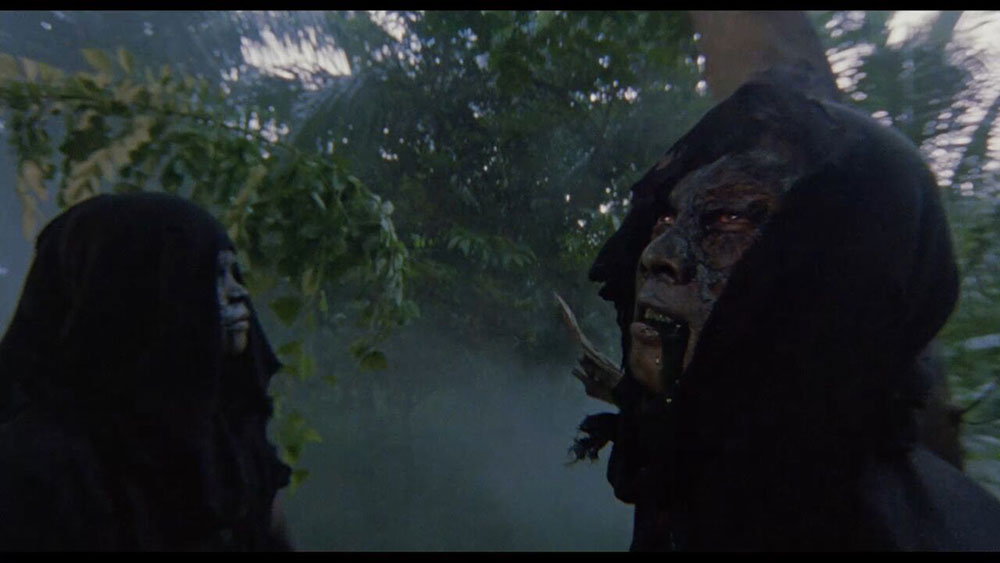 Extra Features for ZOMBIE 4 aka AFTER DEATH: