“Murder School is now in Session” 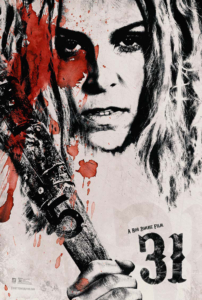 So what are the ingredients for a horror movie? In this case, sex, drugs and a rock n’ roll director, of course!

Rob Zombie’s new movie “31” came out for a one night only showing, and for me it was the best Zombie film yet. OK, so Rob Zombie isn’t for everyone. I saw a couple of people leave early on at the premiere of “31”. But the rest of us that stayed… OMG, what a brutal, bizarre, and bloody movie! And no trailers of other movies here — we kicked things off with two Rob Zombie music videos.

The premise of the movie is similar to the first one Rob Zombie directed back in 2003, House of a Thousand Corpses. On Halloween 1976 (thus the name 31) we meet a group of carnies — a fun, happy and vulgar group — on their way to a gig. After stopping to fill up their camper at a gas station in the middle of nowhereville, they get kidnapped. They then become the victims of an outlandish, demented and unfair game at a place dubbed Murderland. 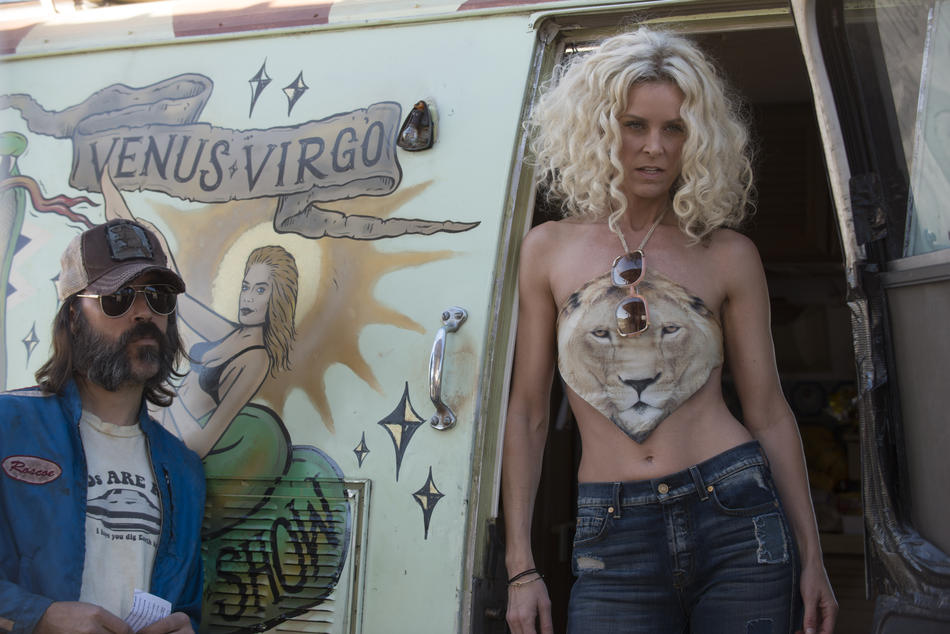 Our group of wandering carnies are quickly taken down to just 5 and brought into a huge abandoned factory (which in and of itself was a perfect set), where they are introduced to a group of sadistic wealthy older folks (Malcolm McDowell, Jane Carr and Judy Geeson) dressed in Colonial costumes, complete with giant powdered wigs, full white makeup and nude slave girls. Our merciless party goers put odds on each victim, pick their favorite murderer, and bet huge amounts of money on the sick, twisted, but elaborately planned game (appropriately named 31). Each victim’s job is to try to survive for 12 hours while a group of insane, vicious and blood-thirsty clowns are released in after them. Needless to say, it doesn’t go well. 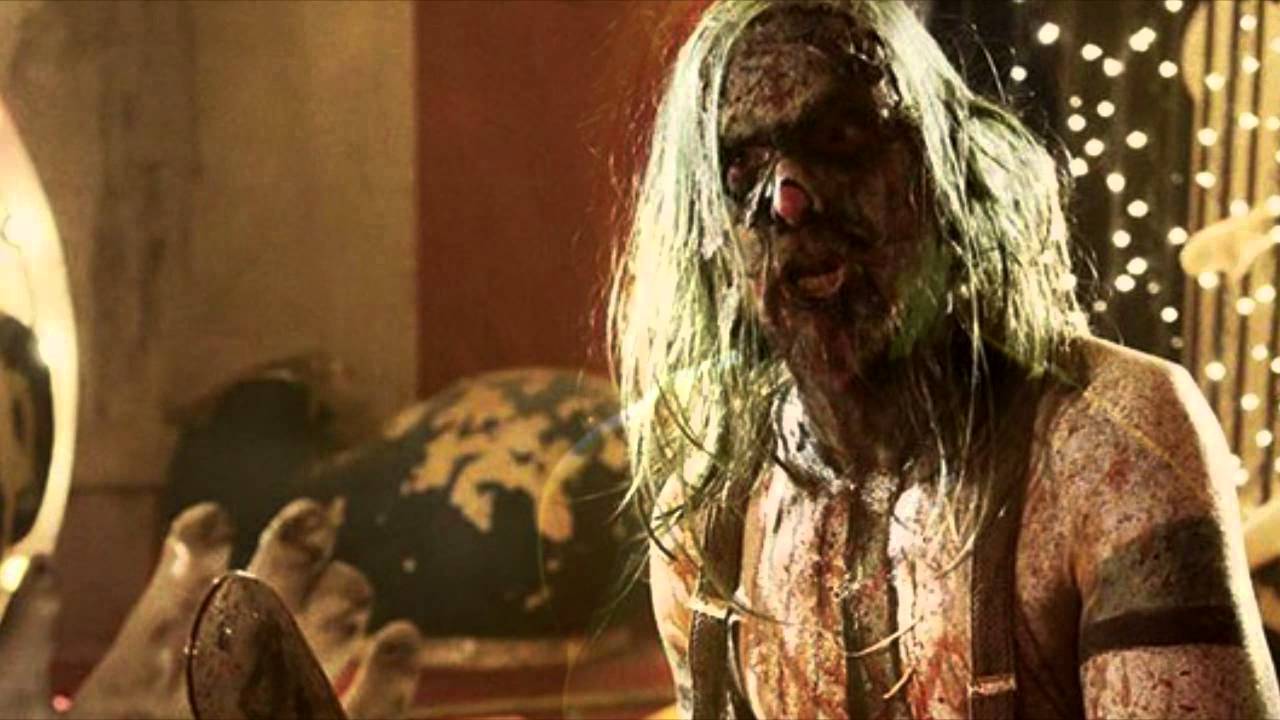 I saw nods to many different movies as the game went on, including A Clockwork Orange, The Most Dangerous Game, The Texas Chainsaw Massacre, The Funhouse and even Rocky Horror Picture Show. Maybe I should actually say it was kind of a combination of all these movies, mixed with his own House of a 1000 Corpses and Devil’s Reject.

According to Rob himself, “I don’t know that this movie is different from my other films. In fact, I think in some ways it’s the most me film of all of the films. Because with every film I try to push it in a different direction, and with this one I tried to take all those directions and jam them into one film.” 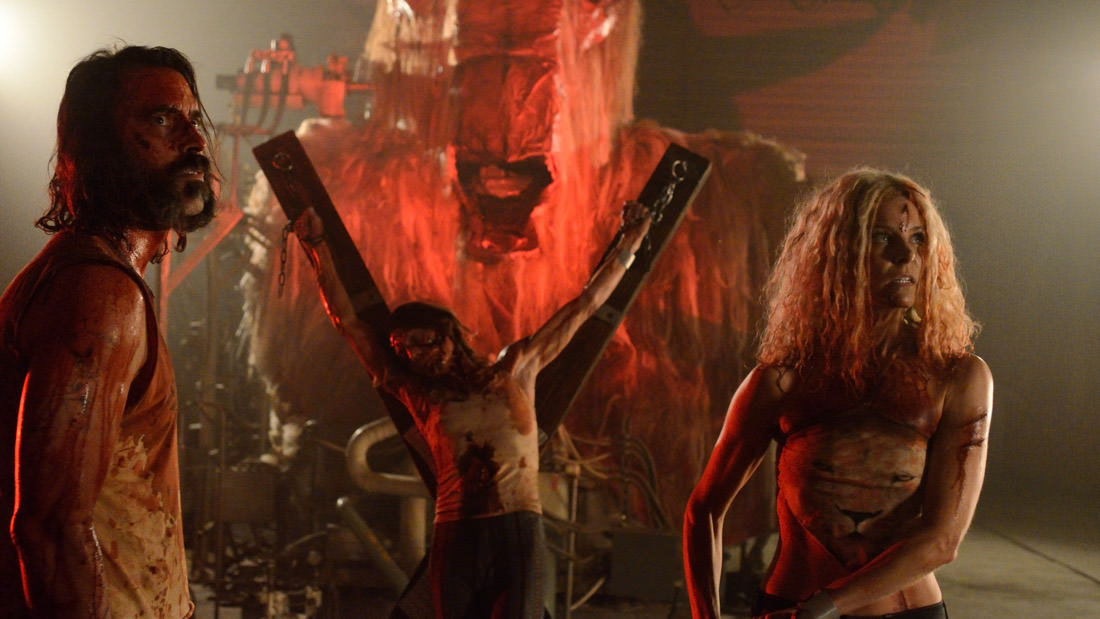 This is what many people are complaining about, but I enjoyed his early films. I liked that this film felt, in a way, like some of the Rob Zombie cult favorites — only done better. The music score filled with rock classics, the terrifying location at an old factory and the gothic lighting were all amazing. The film also boasted some great special effects with realistic gore and oh so bloody scenes.

Other than some manic editing, that made it a bit hard to see what was going on sometimes, I was completely satisfied with this movie.

As the night goes on, we meet an assortment of ruthless clown characters, each with a ‘head’ name (Doom-Head, Schitzo-Head, Sexy-Head, Sick-Head, you get the picture). Rob Zombie did not spare us on the**&*#% language, or any other inappropriate activities or themes. It was a very phobia filled, blasphemous film! Our first offensive character is a little person Hitler look-alike (Pancho Moler) who spoke Spanish. He was great. His back and forth banter with the character Charly (Sheri Moon Zombie) was hilarious. 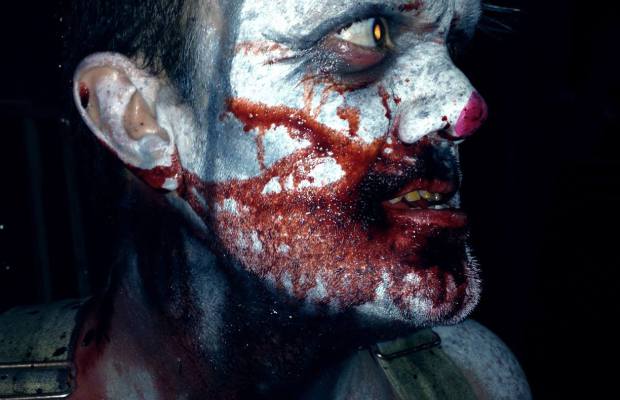 I was impressed to see that there were some real older actors and actresses hired who gave us exciting, inspired, total bad ass characters. Meg Foster as Venus was incredible! In a world where Hollywood has only young people playing older people and older folks playing teens, it was refreshing to see actors playing their real ages.

The guy that stole the whole show was Richard Brake as Doom-Head. The first character we see, in the beginning and the last at the end, he is a horrible, brutal, psychotic killer. His opening monologue is amazing and sets the mood for the whole movie. There is no doubt what kind of film you are at after just minutes in. When Doom-Head is on screen, bad things will happen.

Rob Zombie’s “31” is not for everyone. Actually, it’s not for a lot of horror fans. But the people who love it will love it a lot. In the Q & A after the movie, Rob Zombie said, “I think this was the first time I feel like I finally made the movie that people want me to make.”

>> CLICK HERE TO READ A SECOND OPINION FROM DANNI DARKO