“We Haunt These Woods” is quite a devious and devilish little read from a strong voice in the indie horror scene. 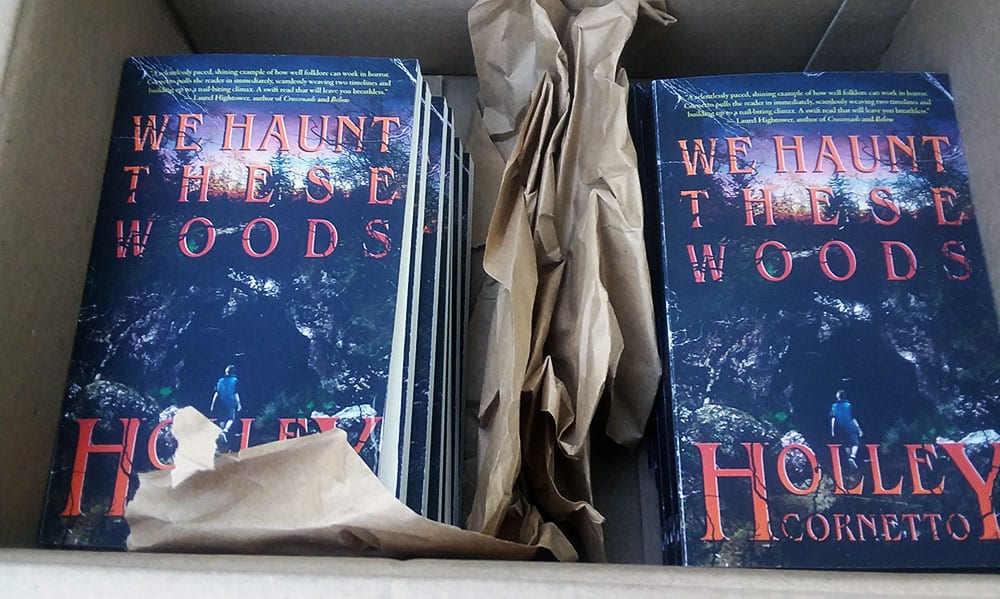 Spooky Book Club
We’re bringing you some of the best brief reads for the season; put on those Halloween pajamas, pour yourself a cup of hot cocoa, and curl up with a good book that’s short, spooky, and sinfully good.

Short and sweet, We Haunt These Woods contains everything I want in a spooky short story. Conflicted and layered characters, a unique and powerful evil entity, and well-drawn tension are occasionally broken up by dark humor.

I was fortunate enough to be selected by publisher Bleeding Edge Books to review their existing titles and their upcoming releases. Since Holley and I are friends on social media, both part of the same burgeoning group of online indie authors, I wanted to start with her material first. I had not read any of her material beforehand, but I am now a fan and will check out her other offerings as time permits.

Disclaimer: I was sent We Haunt These Woods from Bleeding Edge as an ARC in exchange for an honest review. I take my reviews seriously and do not let free books sway my opinion in any way. Honestly, if this title indicates the overall quality of their works, I will add more of their catalog to my TBR.

As with all of my reviews, I will attempt to keep spoilers to a minimum. Some of those narrative points are difficult to develop and deserve to be enjoyed unfiltered. So, if it’s not mentioned in the official synopsis, I will do my level best to avoid mentioning it here.

Here’s what you need to know upfront: We Haunt These Woods clocks in at about 27,000 words. 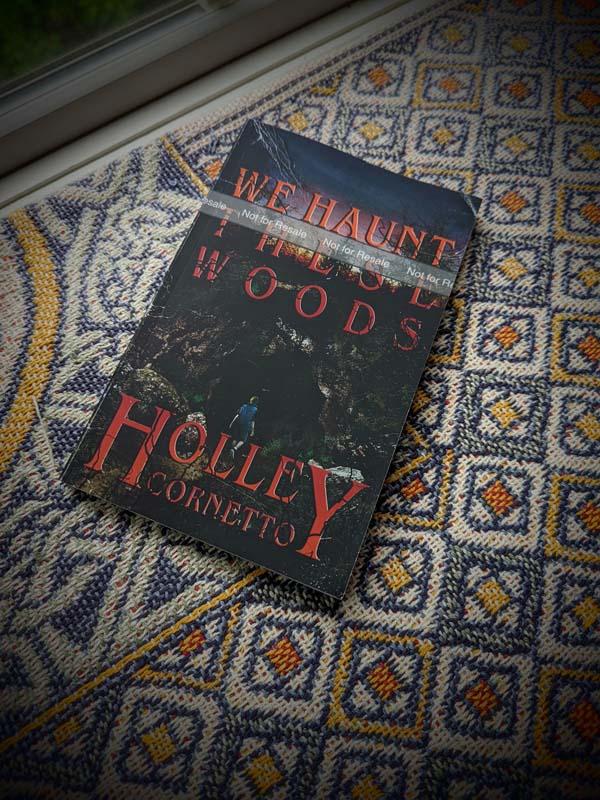 It is written from a first-person perspective, featuring chapters that alternate between current events and flashbacks. Though there is a handful of supporting characters, this is a single-POV affair, sticking with the same character’s perspective from start to finish.

Before anything else, it needs to be said that Holley Cornetto’s writing is on point. She has a firm grasp of writing in an accessible manner, putting that knowledge to good use. Her story is neither obtuse nor simple but resides in that sweet spot between the two extremes.

One of the most difficult aspects of reading certain indie works is figuring out the author’s narrative voice (if they have one). Some books, though written with technical proficiency, are terribly dry reads. On the other side of the coin, all of the great ideas in the world don’t come across well when the writing is a hot mess.

Holley threads the needle perfectly, keeping the story moving along at a quick pace without bogging it down with excessive passages, eschewing long-form paragraphs for shorter, punchier options. The result is a story that never really takes its foot off the gas.

As stated earlier, the entirety of We Haunt These Woods is told from a single POV, that of a troubled man named Nate.

He is a character with a hefty amount of emotional baggage, which is my favorite kind. The myriad things that weigh heavy on his heart and soul become clear about halfway through the story and are times relatable and horrible. Given the numerous flashback chapters, it was quite interesting to see the dichotomy between the child he was and the man he has become.

I was also curious to see how well Holley would do with an entire short story written from the male perspective. All in all, she was pretty spot on!

The supporting characters are varied, each haunted and tormented by their shared past, but they were all interesting in their own way. 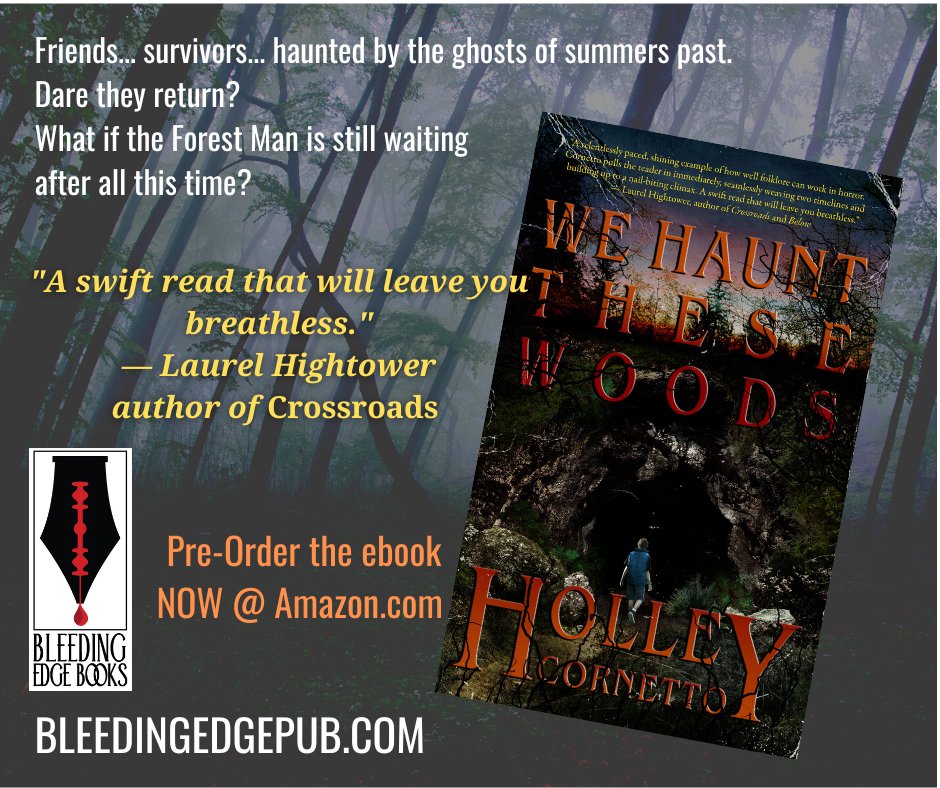 Jennifer is the only character that gets nearly as much page time as Nate, with Lee and Brandon filling in more minor roles. Had the story been any longer, it probably would have required at least two POV characters to really flesh it out. As it stands, one was more than enough.

I also really enjoyed how nothing went quite as planned for any of the characters.

Sometimes they met the sudden changes with grace, other times, not so much. But that’s pretty much how things go in real life, and I was grateful that the plotting took into account life’s little foibles and upheavals.

As for the villain, it’s an interesting entity with a backstory/origin that I wish had been visited a bit more. But the concept is sound, and the menace is palpable.

We Haunt These Woods is ultimately more of a psychological horror than a creature feature, so the entity isn’t front and center. But I feel that decision was a wise one.

On the technical front, I had very few nitpicks. There were a few instances of word repetition and a handful of places where a little more descriptive text would have worked wonders, but this is a very well-written tale outside of that.

Kudos to Holley and Bleeding Edge Books for releasing such a quality product. 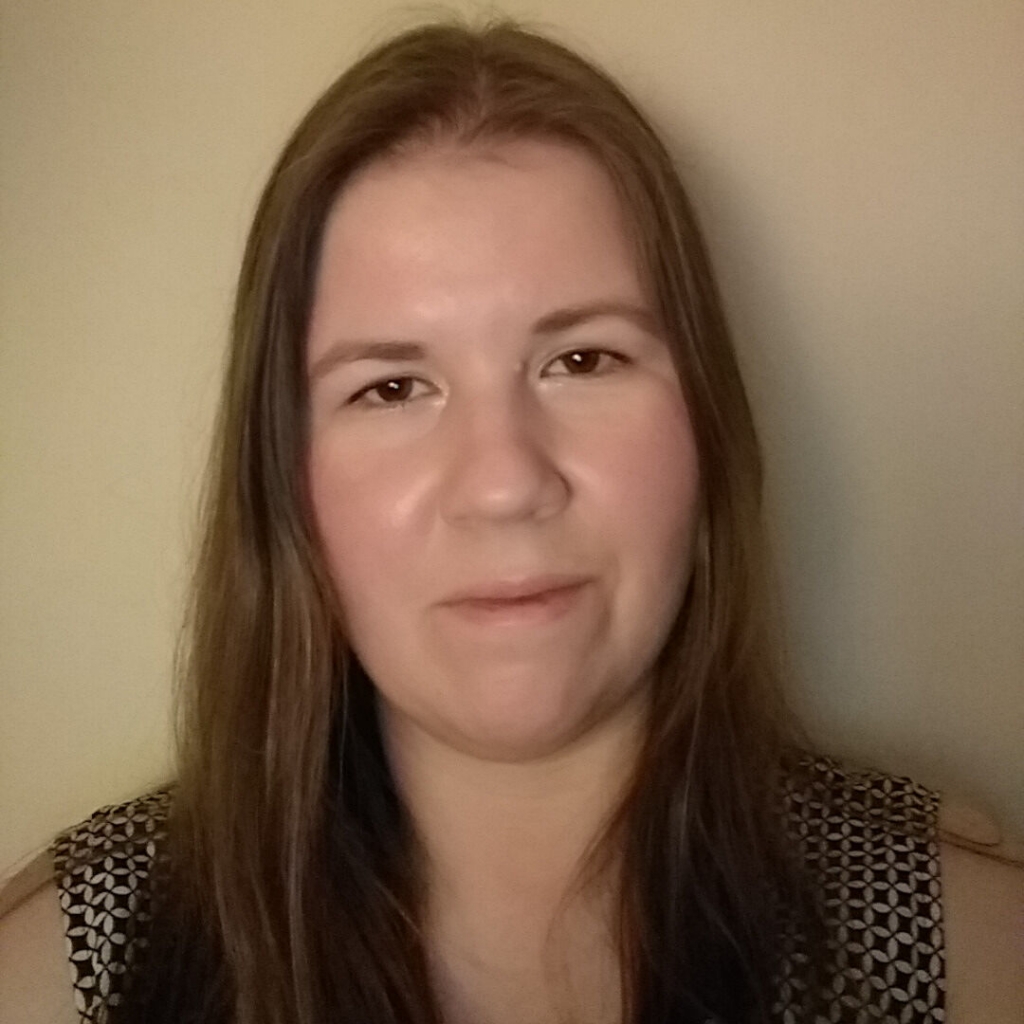 My only other gripe is that the story ends right when there’s the potential for a big reveal.

As an author, I completely understand the reasoning behind it. As a reader, I wanted more from that reveal. So, yeah, that’s just my own little bit of wishful thinking.

For those that need to know such things, We Haunt These Woods is more of a psychological horror than a physical one. Gore is minimal, as are other adult situations or language. This really is a tale that can be enjoyed by most age groups.

If you’ve got a hankering for a short & spooky tale and prefer your stories to be a healthy balance between character and plot-driven, give We Haunt These Woods a read. I finished it in less than two hours, but the story stuck with me long afterward. That’s a win no matter how you look at it!