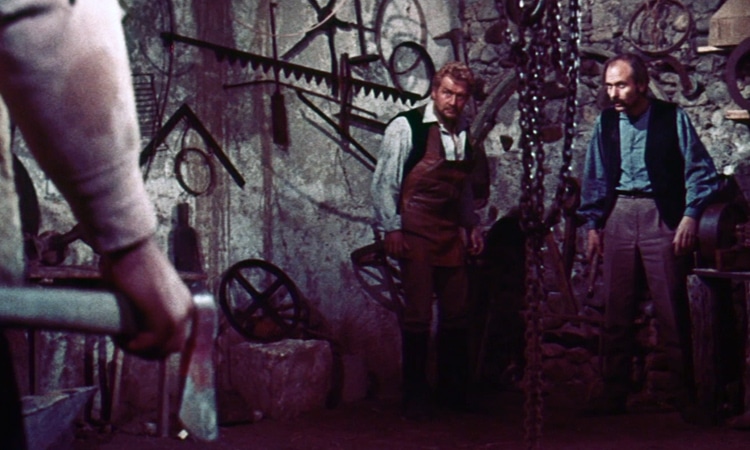 Horror and sex have long been tied together. Both deal in extremes and are a bit taboo. They are subjects you keep away from children and avoid talking about with strangers.

Even more specific is the link between vampires and lust.

Sexual energy is associated with them. Books, video games, and Halloween costumes have all capitalized on this sex appeal.

The plot follows a busload of tourists who make an unexpected stop in a small town. When they arrive, the place seems to be completely abandoned. Before long, the villagers show up. Unfortunately for the visitors, they are vampires.

This is followed up by the daughter of one of the travelers meeting a young boy. He is the very definition of too cool for school. He leans stylishly in one direction while ignoring everything she says. Strange behavior for an eight-year-old, but still pretty awesome.

(It is never explained who the boy is even after he becomes somewhat important later.)

Thankfully, things pick up, but the film never lives up to its title. 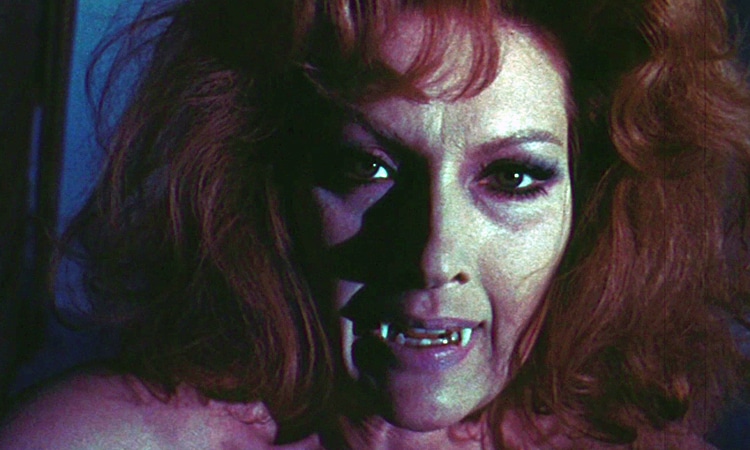 The titular monsters have a creepy feel to them, though the film is light on creature effects. The downtrodden and dirty look of the townspeople is a different take on vampires that works very well.

Some unintentional cannibal scenes are particularly well done. There is very little bloodsucking, however. The vampires act more like zombies.

Things never quite hit the next gear. Limbs are removed, and people keep dying, but nothing seems to progress. Part of the reason is that they are stuck in the town. But plenty of forsaken villages and haunted house stories succeed at telling an engaging tale.

The film has a loose plot, but the events feel too disconnected to be truly compelling. The main villains get very little screen time, while the vampire zombies never feel like much of a threat.

Ultimately, it’s an unfortunately flawed affair. But there is some solid atmosphere, a few chilling scenes, and the presence of stunning Euro-starlet Helga Liné to keep this from being a complete waste of your time.