Time to Bring the Versus Back to Horror

Horror fans have always enjoyed not only watching their favorite villains stalking future victims, but also watching them fight one another.

These urges to see our horror heavyweights duke it out were met early on with fights between the Universal monsters, as well as Godzilla vs. an array of large menacing creatures. Later the seventies and eighties hit, and with them brought about a new type of horror movie known as the slasher.

With these movies came new villains like Leatherface, Michael Myers, Jason Voorhees, Freddy Krueger, Pinhead, Chucky, Leprechaun, and Ghostface. This gave horror fans lots of great new characters — and an increased to desire to see these modern day baddies face off against one another. 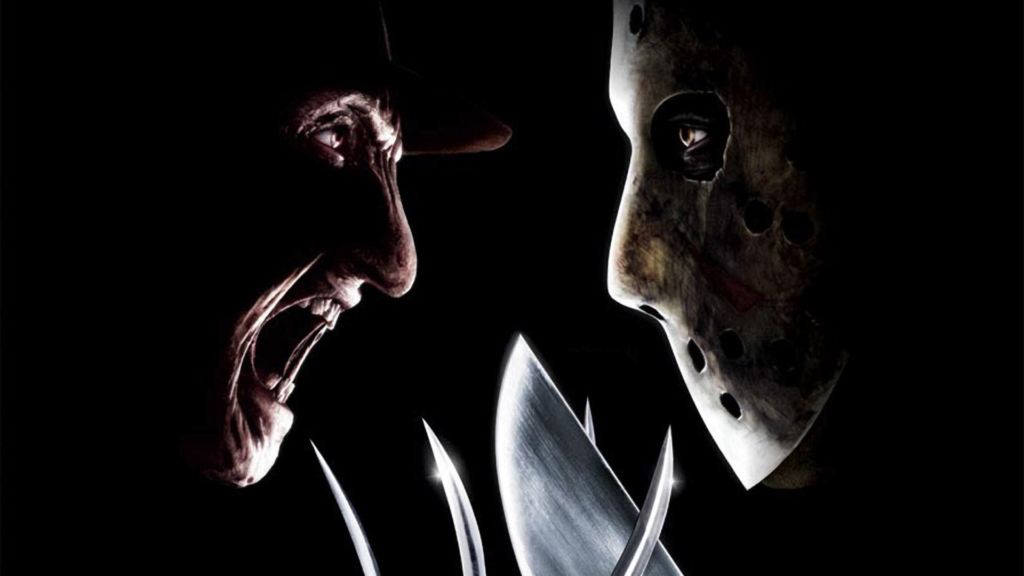 The first official modern day horror battle occurred in 2003. The battle pitted Freddy Krueger vs. Jason Voorhees. It was really the heavyweight title match of slashers. The match was on the same playing field as Hulk Hogan vs. Andre the Giant or Rocky vs. Apollo Creed. Each battled over the souls of victims while also engaging one another in combat. The movie did a great job of having the battle go back and forth. In the end Jason appears to win the fight, but Freddy will not be denied and comes back for the win.

The Freddy vs. Jason fight gave fans what they wanted by allowing two of the baddest killers on the planet the opportunity to go head to head. It did, however, leave fans wondering, what’s next?

The answer came one year later with the intergalactic fight of Alien vs. Predator in 2004. Again, it was a see-saw battle until the end where it looked like Predator had won, but then the aliens pulled out the upset.

The selection for the second fight left fans feeling confused because many expected it to be another slasher fight. Fans dealt with it because they thought in 2005 there would be another versus fight. The year 2005 came and went, as did 2006, but in 2007 another fight had been scheduled. Not between two slashers, but again between Predator and the aliens in AVPR: Aliens vs Predator-Requiem. 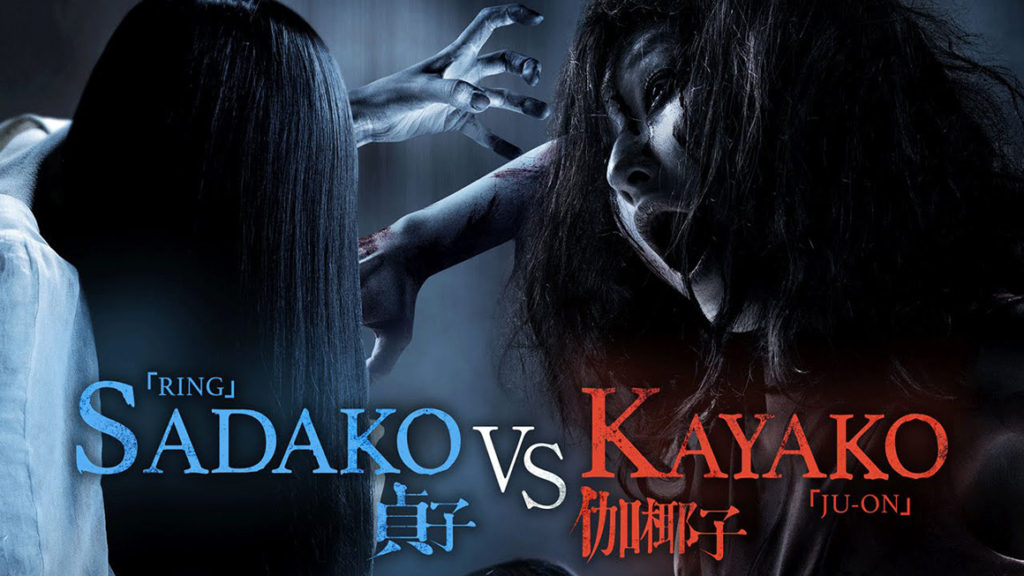 Following an eleven year lay-off, the horror versus fighting returned in 2016 with Sadako vs. Kayako (or The Ring vs. The Grudge).

To recap, first we had a slasher fight with Freddy vs. Jason. Secondly, there were two alien fights between Predators and the alien creatures. Finally, they come out with a female ghost fight.

After this, fans were thinking, “What the hell?” Why did the creators wait three years to put together a rematch of the aliens…and wait another eleven years to have two ghosts fight? Fans wanted to know what happened to the head to head fights. The first versus movie left horror fans with more questions than answers. The fans wanted to know who was the best slasher/killer.

This left many fans needing to create their own fan films (See the “Freddy vs Jason – Condemned” Fan Film below) and dream match ups to satiate their hunger for more boogeyman battles.

It can be argued that right out the gate the creators of the versus matches screwed up. Pitting the two heavyweights together right off the bat really left no meat on the bone. Why start with the two favorites instead of building up to the big fight by starting with smaller fights? Think of these fights as finding worthy contenders to fight for the slasher title.

Follow this line of thinking, why would the fight start off with someone who fights in the dream world (Freddy) versus someone from the real world (Jason)? The slashers need to be able to fight within the same realm or have the same skill set or a similar body type. The match-up should have started with Freddy and Pinhead fighting in the dream world, and appearing in the real world to attempt stealing souls.

Jason vs Michael: The match up all horror fans would kill for

In the same respect, Jason should have started off by fighting Michael Myers or Leatherface. This would have lead to the ultimate weapons battle. The only logistical problem with this argument would be that Jason is technically a zombie, but Micheal and Leatherface are definitely resilient opponents. These too would have been opponents of equal body sizes.

Maybe the argument should not have been why did Jason fight Freddy right off the bat, but instead why did stop the versus fights?

Horror fans would have definitely paid money to see Leatherface vs. Michael Myers or Chucky vs. Leprechaun or Candyman vs. Pinhead. These of course are just examples. The real fight universe for the slasher/killer movies would be almost limitless. 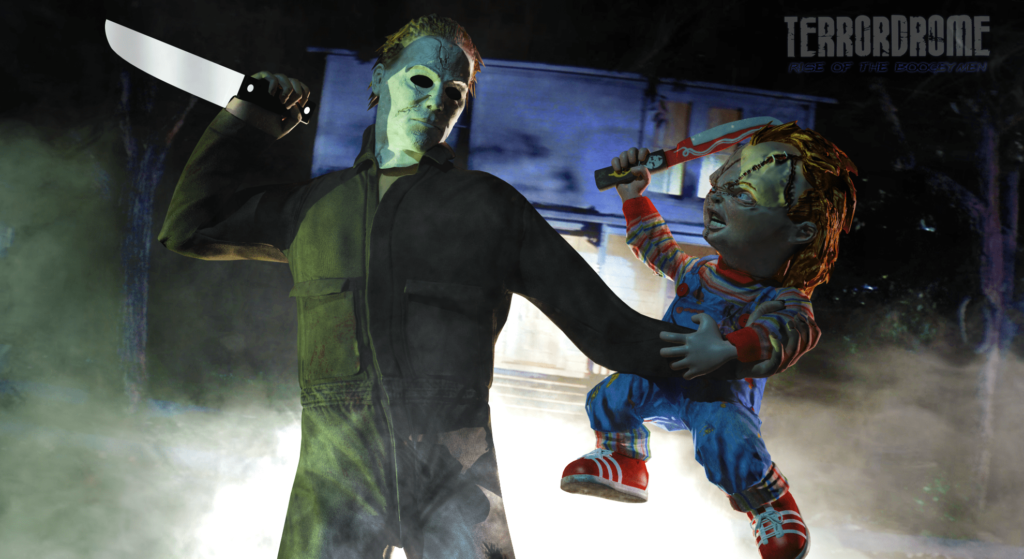 Plus, they should have set up an elimination scenario. If done correctly, the slashers/killers could have fought not only one opponent, but instead could have lead to an elimination scenario. As an example, Freddy defeats Jason, but then has to take on Pinhead followed by Candyman, Pennywise, Michael Myers, etc. You get the picture. If the villain wins, he or she would advance, and if character were to lose then he/she would be eliminated or placed in a loser’s bracket.

The horror movie character fights leave lots of room for directors to make money while not pissing off the super fans by screwing up the story line. Directors just need to make sure they play within the abilities and weaknesses of the different characters. The old fashioned showdowns would allow fans to get more movies with their favorites, while allowing a window to crown one super slasher/killer. 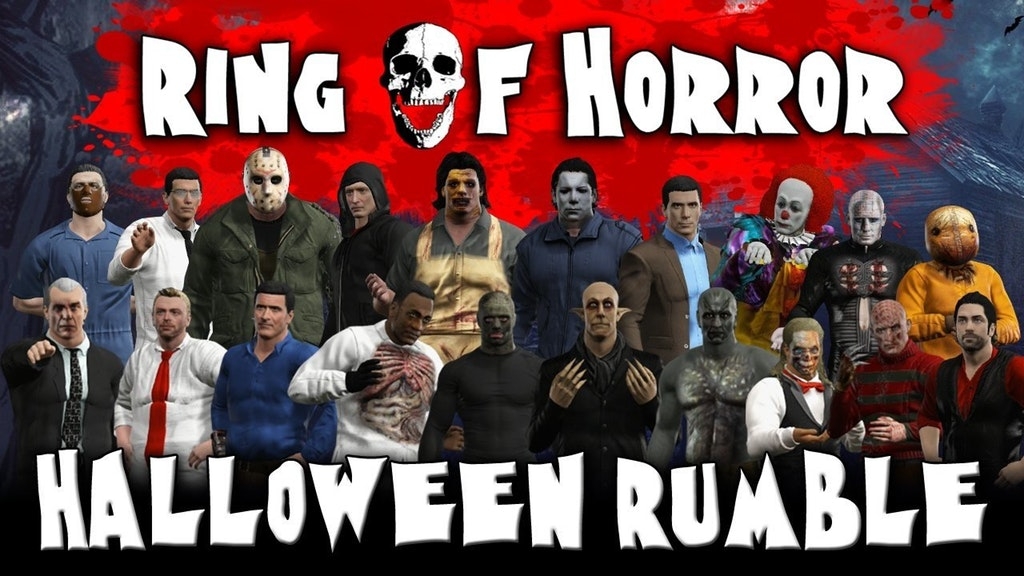