Michael Versus Jason – The Complete Saga

Who’s the kill king of horror? Super fans of “Halloween” and “Friday the 13th” attempt to answer that burning question in this exceptional fan-made film. 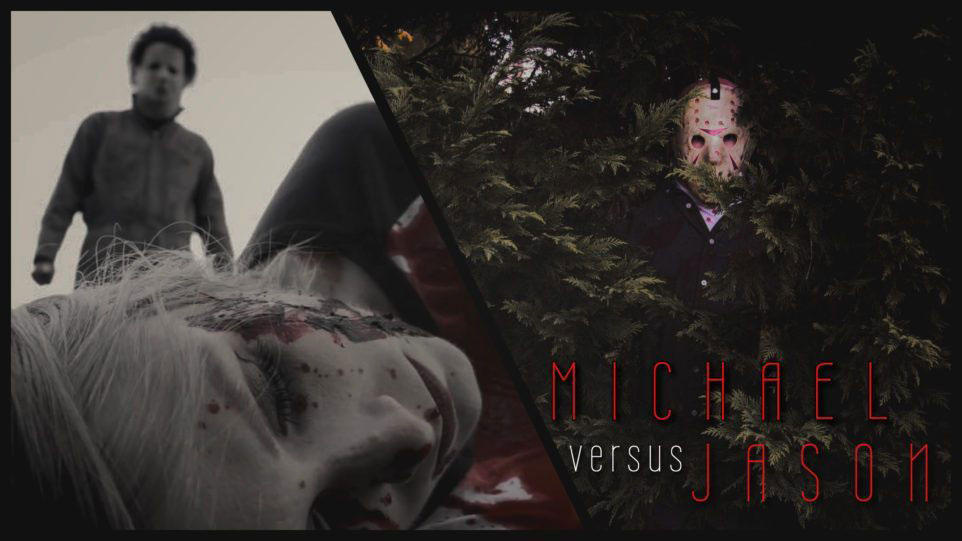 Rarely have two people fought with such anticipation. It may not be the first time two icons have gone head to head. We’ve had “The Thrilla in Manila” (Joe Frazier vs. Muhammad Ali), Hulk Hogan vs. Andre the Giant, Rocky Balboa vs. Ivan Drago, and Freddy Krueger vs. Jason Voorhees. But a fight between Michael Myers and Jason Voorhees is on another level.

It is the fight every horror fan has been dying to see, but no one has been able to make this epic matchup happen —until now. Oh sure, there have been other attempts to show this fight, but never in this capacity. 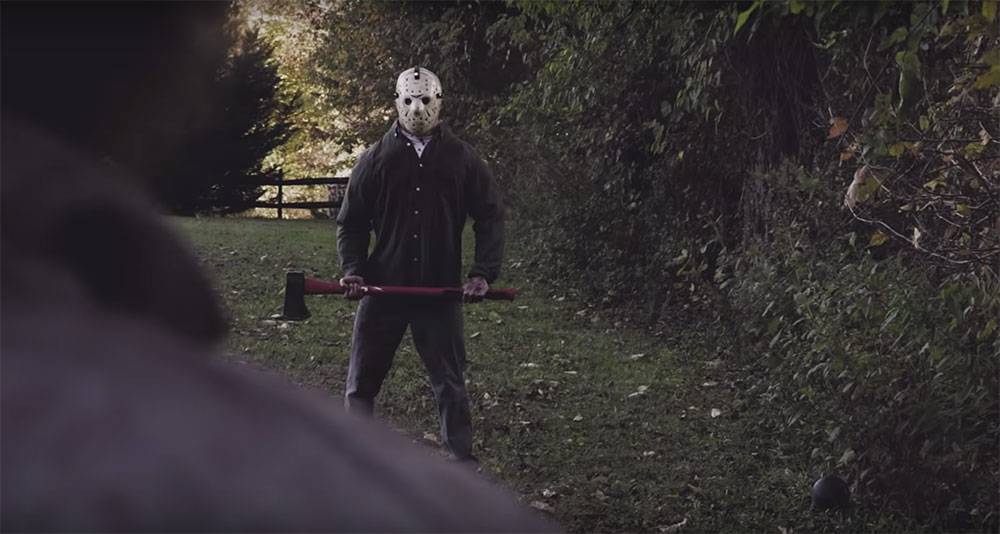 By not receiving any compensation for the videos, which were freely distributed via Jeff Payne’s YouTube Channel, the creators were able to use the actual Halloween and Friday the 13th music. This adds to making the shorts feel extremely authentic. A true passion project, the creators also encourage those inspired by their videos to support the original films — asking fans to purchase the movies and music that inspired these well-executed fan films.

The first 3 1/2 minute short in the series premiered on October 2017. That was followed up a month later with part two in the series, which was a little over 9 minutes long. The third and final segment was released in January 2018 — the longest in the series by far at 23 1/2 minutes. Then, on the one-year anniversary of the series conclusion, Payne released a special re-edited compilation of the series as one complete 34-minute film called Michael Myers vs Jason Voorhees – The Complete Saga. 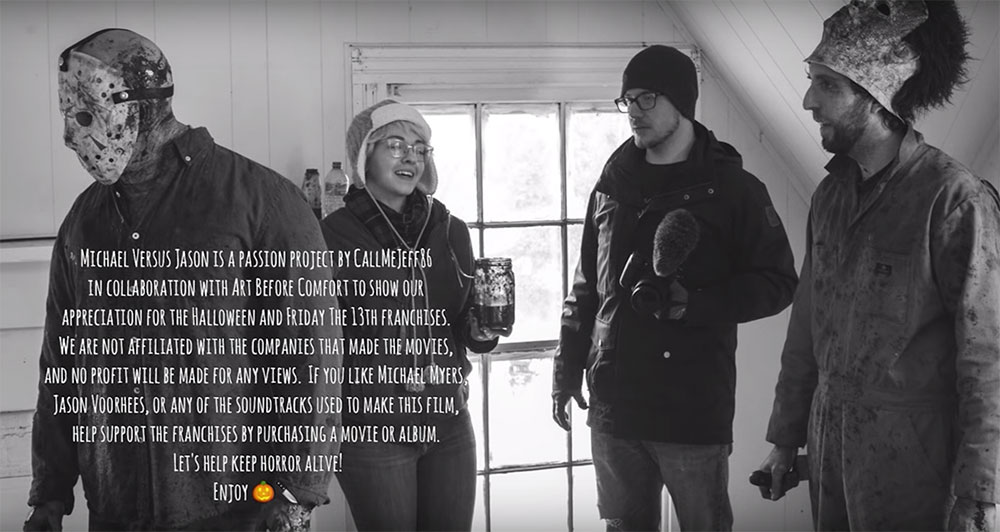 In addition to the use of the original music, the producers give the fans of both films exactly what they would want and expect in the battle of slasher heavyweights.

Fans expect victims, and they are rewarded with a decent body count for this lovingly crafted film. Of course, they also expect blood, and again the filmmakers happily oblige. But the biggest expectation for this highly anticipated match up, and that which separates this film from its predecessors, is its ability to give the viewer a clear-cut winner of the bloody battle.

Another bonus to watching this impressive fan film is the fact that story lines from other movies are thrown out. It gets right to the meat and potatoes, which is essentially killing victims and then trying to eliminate one another. The director does an amazing job of playing on the strengths of these two characters to fight each other. 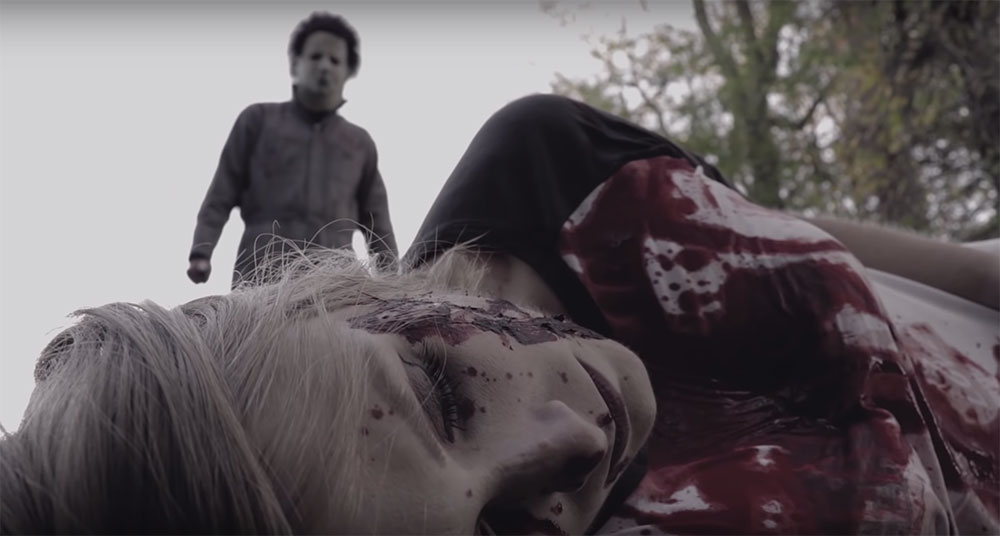 And don’t worry…the size of the weapon alone does not determine who wins this slasher showdown.

In addition to fleshing out the back story and choosing the battle weapons, the filmmakers had to settle on a location for their boogeyman brawl. Would it occur on the streets of Haddonfield or the Crystal Lake camp grounds? It turns out, writer/director Mason C. McDonald found away to cleverly skirt this issue and make it so that neither masked murderer benefitted from home field advantage.

Of course, perhaps more important than all of that in delivering a film hardcore fans of these two beloved franchises can truly get behind is to make the iconic boogeymen believable. 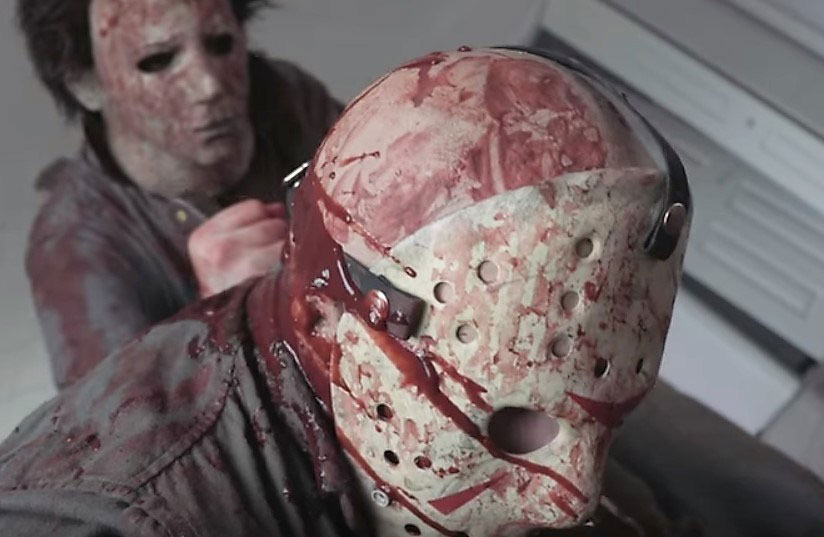 Both Dustin Miller as Jason and Jeff Payne as Michael pass the eye test and are convincing as the two imposing killers. It should also be noted that both Miller and Payne play more than one role and do a great job across the board. John Altom and Ashley Payne round out the cast with equally great performances. For an indie fan film, the acting was very impressive.

This is a movie that should have been made in Hollywood years ago (probably before the Freddy vs. Jason movie), but it wasn’t meant to be. This has caused fans to take matters into their own hands and create their own answer to the burning question of who would win in a fight between the two most terrifying and effective killing machines in all of horror. In this case, the answer appears in the form of an indie horror film called Michael vs. Jason—The Complete Saga. 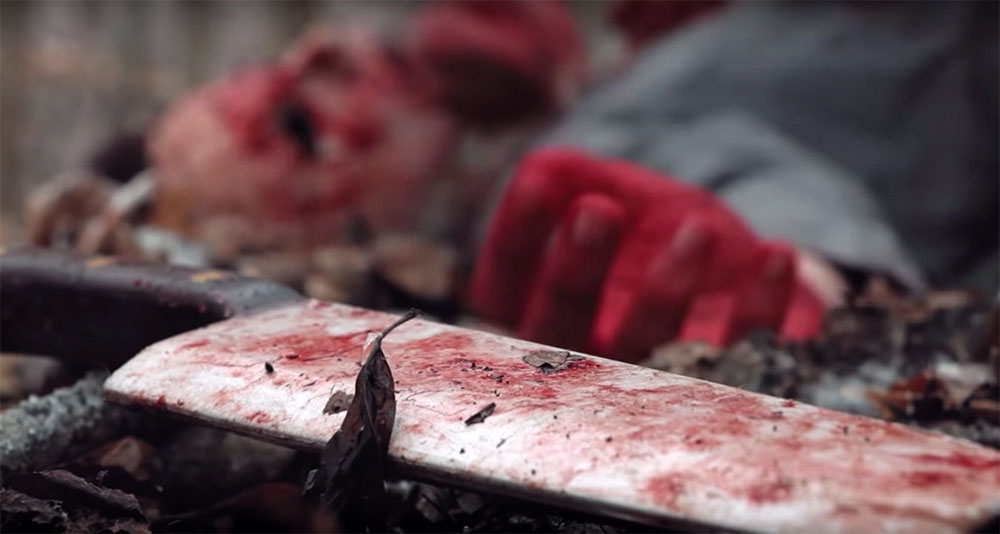 The director, Mason C. McDonald, did an amazing job avoiding the issues one would expect with a fight between these two slashers. Like it or not, the viewer receives an answer as to who is the ultimate killer with a clear winner. The movie moves along quickly, and the fight scenes rock. Super fans looking for answers, as well as the casual fan looking to get their fix of Michael or Jason, should definitely tune in.

Watch The Complete Saga below, or over on YouTube.