Cheer and Loathing: Nude for Satan

In honor of National Nude Day, and in the spirit of devils and demons month on the podcast, we take it all off and get “Nude for Satan”. 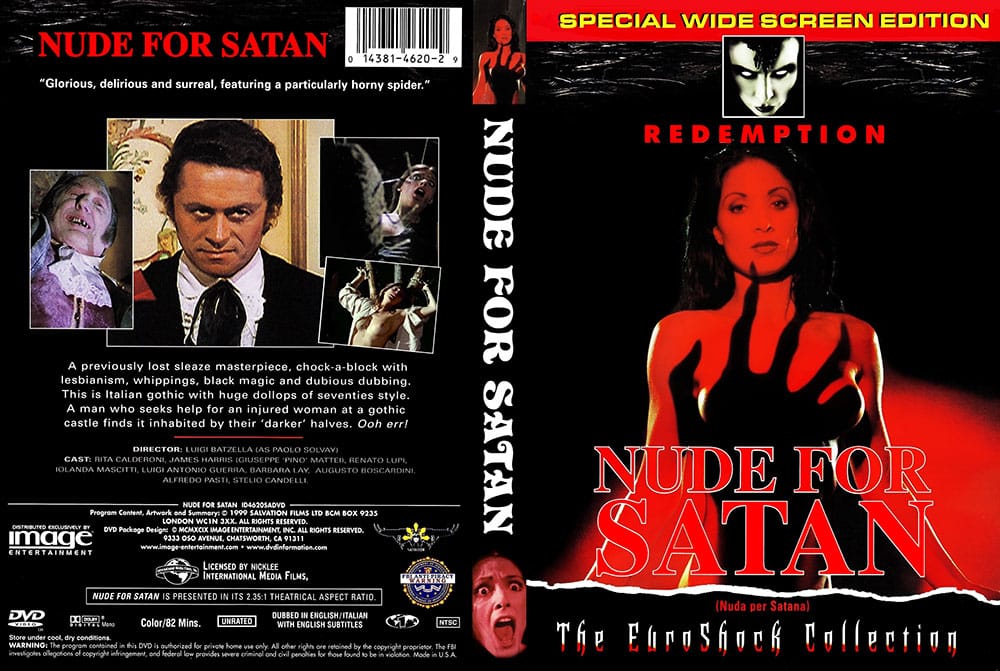 Life is an illusion, and everything becomes a hideous nightmare. Did you ever think of that? We sure as hell did!

If you asked the average person what the biggest holiday in July is, most would say it’s Independence Day — or, perhaps, Canada Day for Canucks like Casey. But for the freaks who host this podcast, it’s National Nude Day! It’s such a big deal that we even decided to host a special bonus episode to properly celebrate. And, since this is also devils and demons month on the podcast, there was only one choice when it came time to pick a film to discuss. Of course, we’re talking about “Nude for Satan”. The film is weird. REALLY weird. But it’s not nearly as weird as how fired up Stephanie gets about bad porn. It’s a hot one, and you don’t want to miss it!

Watch the trailer for Nude for Satan.

WHERE TO WATCHYou’re going to find a tough time streaming this film through proper channels. But if you do some digging, you can find a way to watch it online. And it’s worth the effort to experience this delightful oddity. Note that this film contains explicit sex scenes and is very, very NSFW.

We’re back on Sunday with a regular episode, and it’s Stephanie’s turn to pick the films. You won’t want to miss it as she’s got some twisted treats for you.