In case you slept on it, Kanga’s self-titled album from 2016 is a solid industrial offering that sounds like a long lost gem from the 1990s. 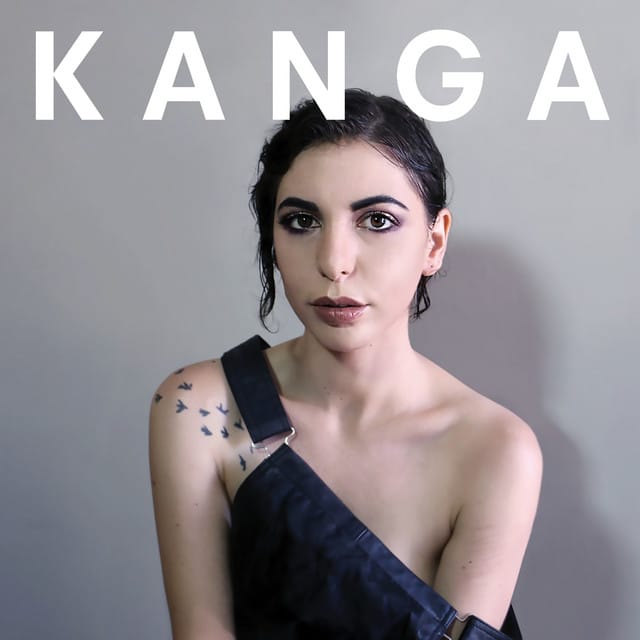 Do you remember back in the mid-nineties when industrial music ruled the airwaves; when Nine Inch Nails was in heavy rotation on MTV, and all of a sudden that mechanical sound was all the rage? Many bands — like Gravity Kills, Stabbing Westward, and Ministry — were instantly thrust into the limelight, enjoying a level of success that they would never again be able to capture.

The pre-industrial revolution (recording artists, not national industry) was an interesting time for music, at least in California, where gangsta rap, country, and grunge/alternative were the only things people listened to. While popular overseas, industrial had yet to gain a foothold in America. That was until Trent Reznor’s The Downward Spiral blew the roof off of the mainstream. And just like that, bands like KMFDM and Nitzer Ebb weren’t so unheard of, and shopping at Hot Topic was now socially acceptable.

Feeling like a long-lost album from that glorious heyday of industrial, Kanga’s self-titled 2016 debut is pure nostalgia. 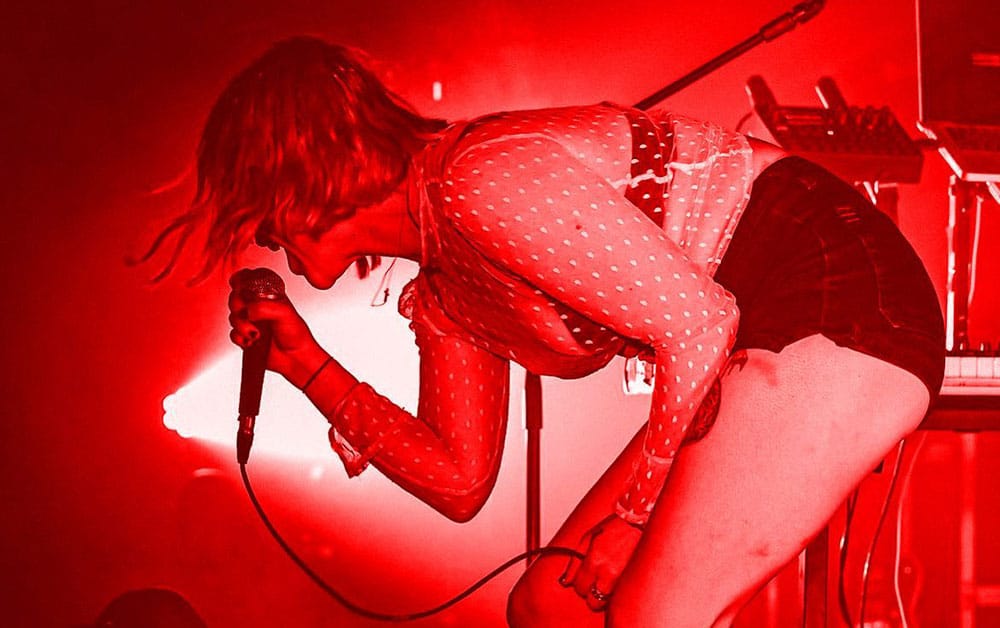 It is a record that I would have played consistently as a teenager — especially in my car, with the volume cranked up, while cruising the old highways at night, feeling edgy, dark, and misunderstood. But that’s ok. I can play it consistently now — in my car, with the volume up, still feeling edgy, dark, and somewhat misunderstood. Some things won’t ever change.

I’ve seen a few instances where some of KANGA’s sound has been compared to the likes of Skinny Puppy, but I find those statements to be highly inaccurate as well as grossly misleading.

KANGA’s work is far more measured, eschewing the dissonance and sonic chaos of Skinny Puppy for a more calculated and seductive sound. In all honesty, KANGA is like an unholy alliance of Collide, NIN in 1999 (The Fragile album), and Kidneythieves.

But it needs to be said that her music is not necessarily dancefloor-oriented. 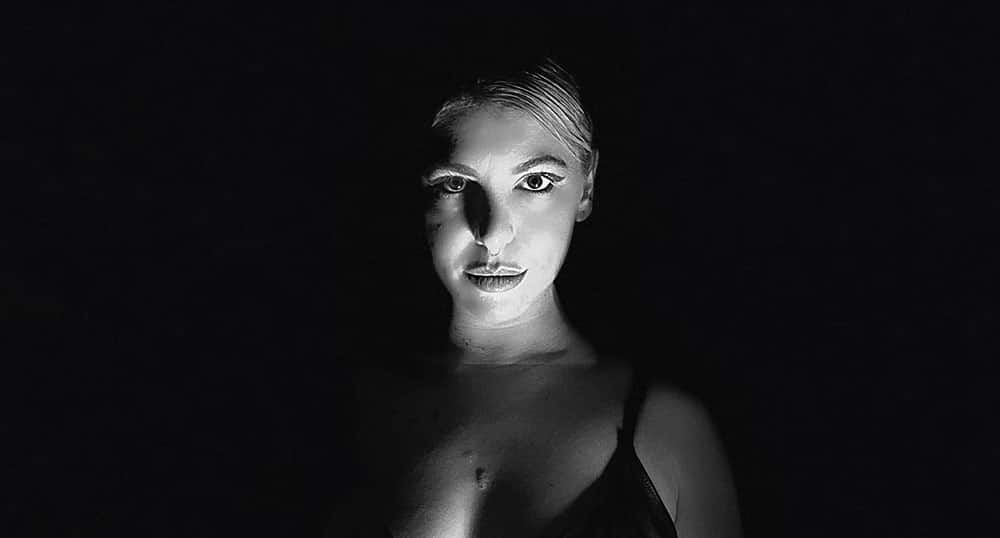 Instead, she has crafted a soundtrack for when the sun goes down and our darker sides emerge.

Pulsing synths, plodding beats, and stuttering samples combine to form an electro-industrial sound on KANGA's 2016 self-titled album that is both hauntingly familiar and blissfully unique. Click To Tweet

It should come as no great surprise that the album features production by Rhys Fulber, an industry heavyweight, and frequent collaborator with Front Line Assembly, one of the most prolific bands to emerge from the early industrial scene.

Opening track “Something Dangerous” is a broody and moody affair, serving as a great example of what to expect from the rest of the album. It’s a moderately-paced song, with little variation between the verses and chorus. But it has a slinky appeal nonetheless, easing the listener into her soundscape with a slowly building intro.

“Going Red”, “Viciousness”, and “Vital Signs” would all have been staples of alternative radio stations had this album been released 25 years ago. Each of them has some sort of appeal, whether it be catchy tunes, a pulsing beat, or lyrics that punch.

If there’s a standout song, it would have to be “Honey”, a banger of a track that takes no prisoners. 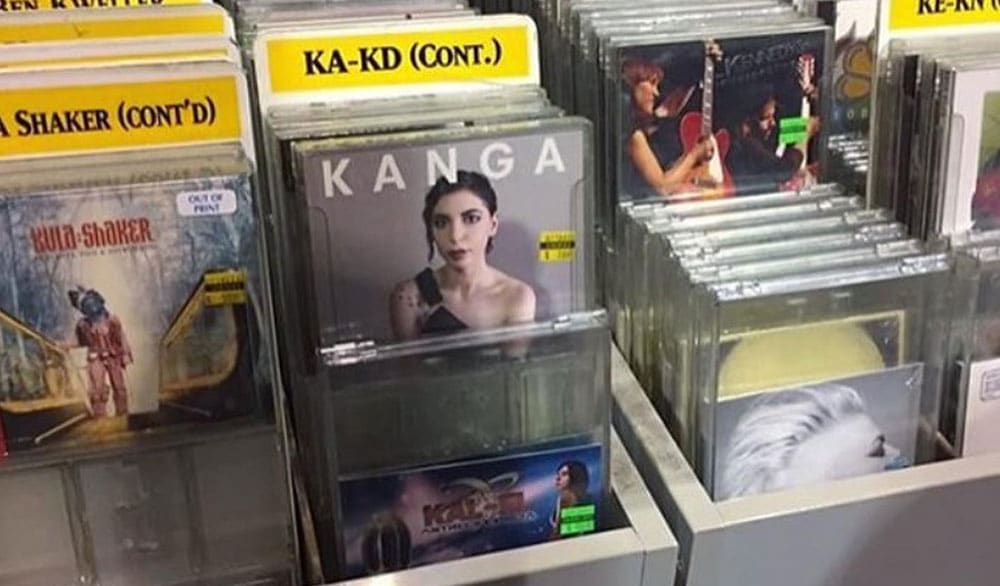 It may start out a little on the slow side, but during the chorus, it evolves into a heavy stomper that will have listeners tapping their feet and nodding their heads.

Almost all of the album’s other songs are worthy in their own right, albeit not quite as catchy. Like most albums, the quality material comes first, with only the last few tracks “Animal” and “Machine” not really making much of an impact on me. But for a debut album, KANGA is surprisingly well constructed.

If industrial music was your go-to back in the day, or you just like dark synth-driven music in general, then KANGA might be for you.

The album is five years old at this point but don’t let that be a deterrent. It’s a solid industrial offering, featuring dark soundscapes and top-notch production values.