All eyes were on Parsippany, NJ this weekend as Chiller Theatre returned to its original haunt for another weekend of fun, shopping and celebrity hobnobbing. 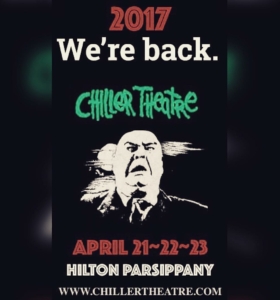 Chiller is a different beast from your typical horror con, proudly welcoming celebrity guests you typically wouldn’t see at other shows. Celebrities such as Meat Loaf, Ann Margaret, Weird Al Yankovic, Hulk Hogan, Ron Jeremy and Priscilla Presley have all made appearances at past shows. Make no mistake about it…Chiller is still a horror convention. However, they wisely book more guests from pop culture and nostalgia.

This show had one of the most diverse lineups in recent memory.

A Fright Night Reunion featuring Chris Sarandon, Stephen Geoffreys, Jonathan Stark, Amanda Bearse and William Ragsdale was one the main attractions, as fans filled the room to meet the cast of the cult classic. I’ve met the cast several times, and they are a true delight. In the same room was an American Pie Reunion that had Thomas Ian Nicholas, Mena Suvari and Shannon Elizabeth meeting fans. All 3 were super friendly and loved meeting everyone. 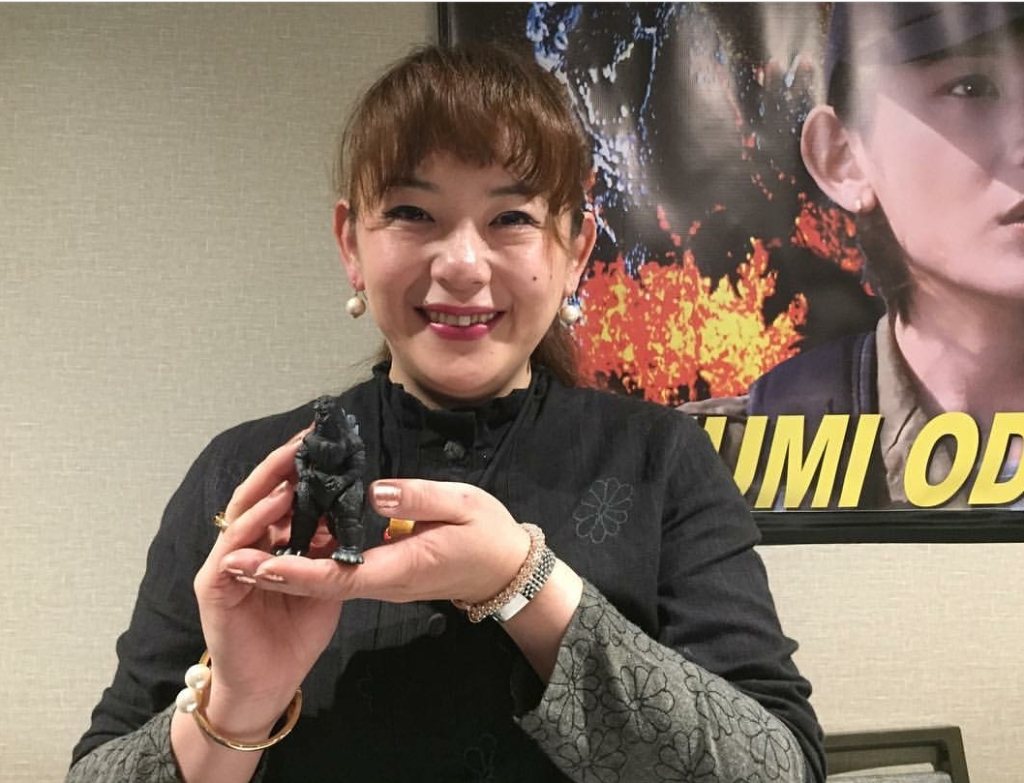 Pat Priest, best known as Marilyn Munster, made her final New Jersey appearance, and she was a class act to all of her adoring fans. The Godfather Of Gore, Tom Savini was in the house to meet with fans of his contributions to our beloved genre. Night of the Living Dead had a mini reunion that had fans of the movie coming out to grab a pic and autograph with the cast.

The Walking Dead had a few cast members on hand as well. Tom Payne, Kirk Acevedo, Xander Berkeley, Brighton Shapiro, Austin Amelio, and newly promoted series regular Katelyn Nacon met with all the Walker Fanatics that came to get pictures and autographs from AMC’s Hit Show. 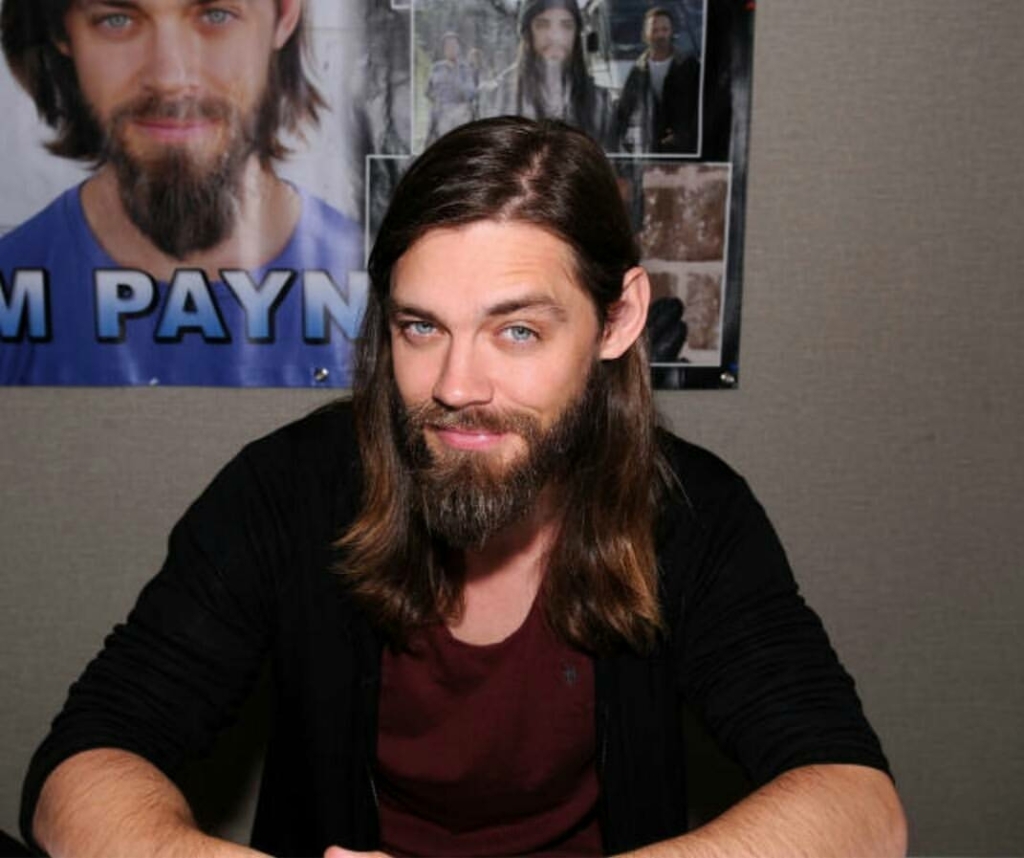 Stacey Nelkin from Halloween III: Season of the Witch made an appearance, and I can tell you first hand that Ms. Nelkin is one of the biggest sweethearts in the world and has such a warm smile. She lit up the whole room with her charm and friendliness.

One of the more ambitious bookings for a con was a Perfect Strangers reunion with Mark Linn Baker and Bronson Pinchot (Cousin Larry and Balki, respectively). Baker was extremely friendly and nice to all the fans, however Pinchot was slightly rude and awkward with guests. I heard many a complaint from the fans about Pinchot’s behavior and immediate regret spending money at his table. 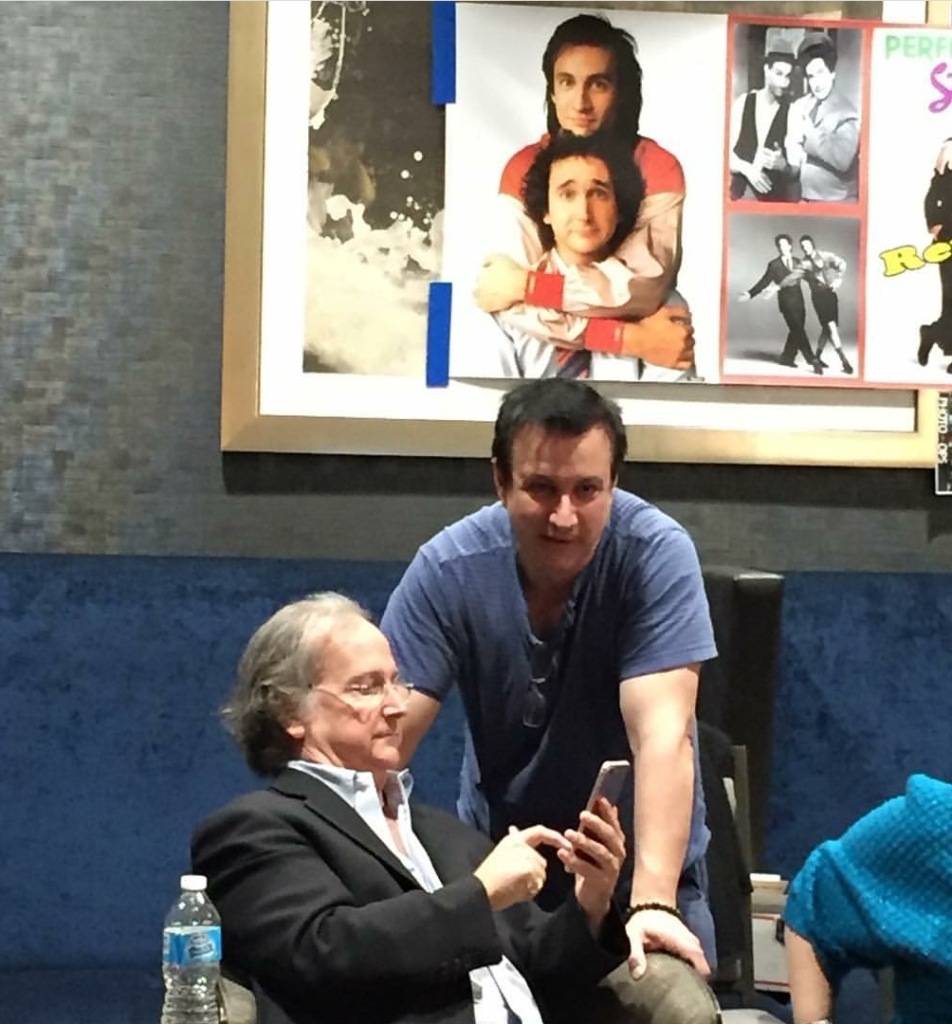 Luckily, fans were treated to perhaps the highlight of the show for many (myself included), Bates Motel actor, Kenny Johnson. Johnson is not only one of the nicest people in the world. He is also one funny dude! He truly enjoys meeting fans and interacting with them. Kenny also told Bates Motel fans that the series finale was a mind blower for him, and none of us will see the ending coming. If Kenny Johnson is a guest at any show you are attending, make it a priority to meet him. You will not regret it…and I dare to take his Arm Wrestling Challenge! 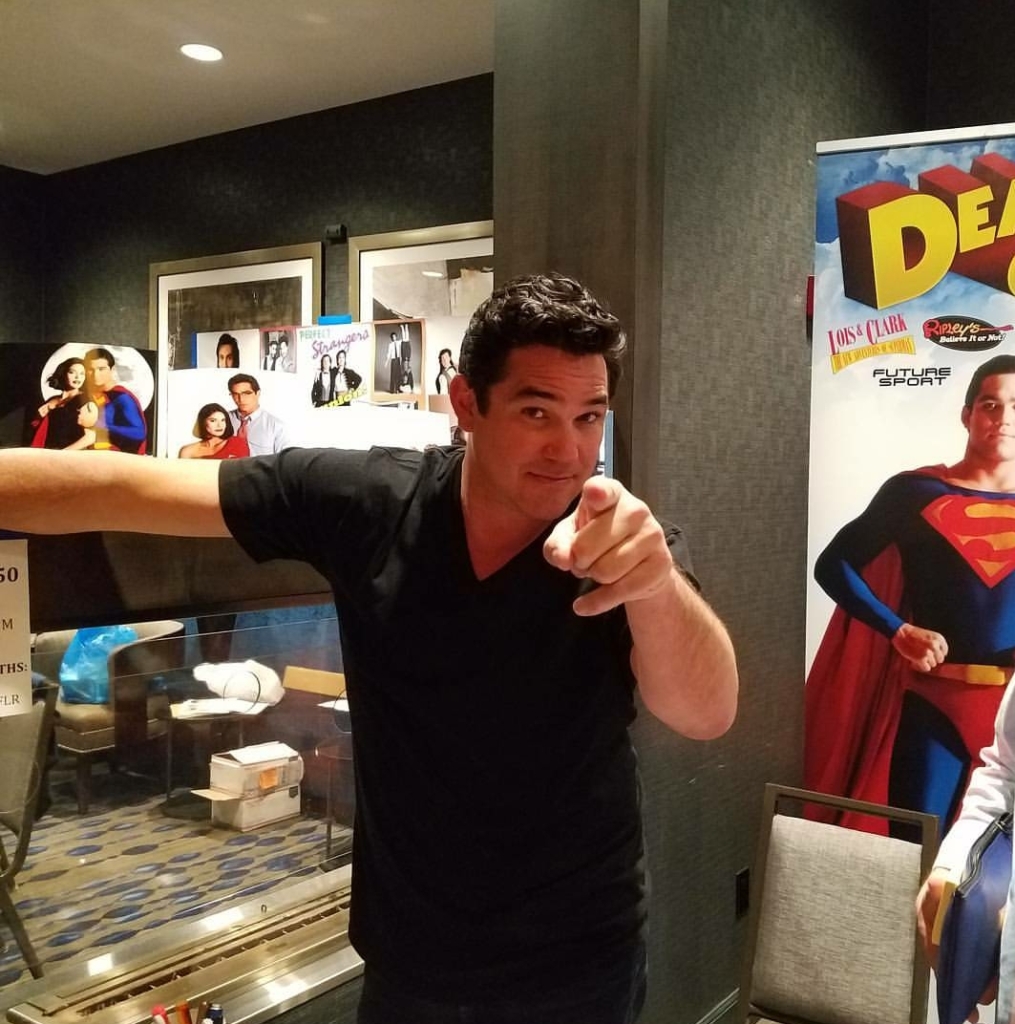 Dean Cain, Richard Greco, George Hamilton, and Barbra Hershey (making her con debut) all had long lines during the weekend. But there was one person who even had the celebrity guests waiting in line to meet him — with people were spouting his catchphrases as they passed him. 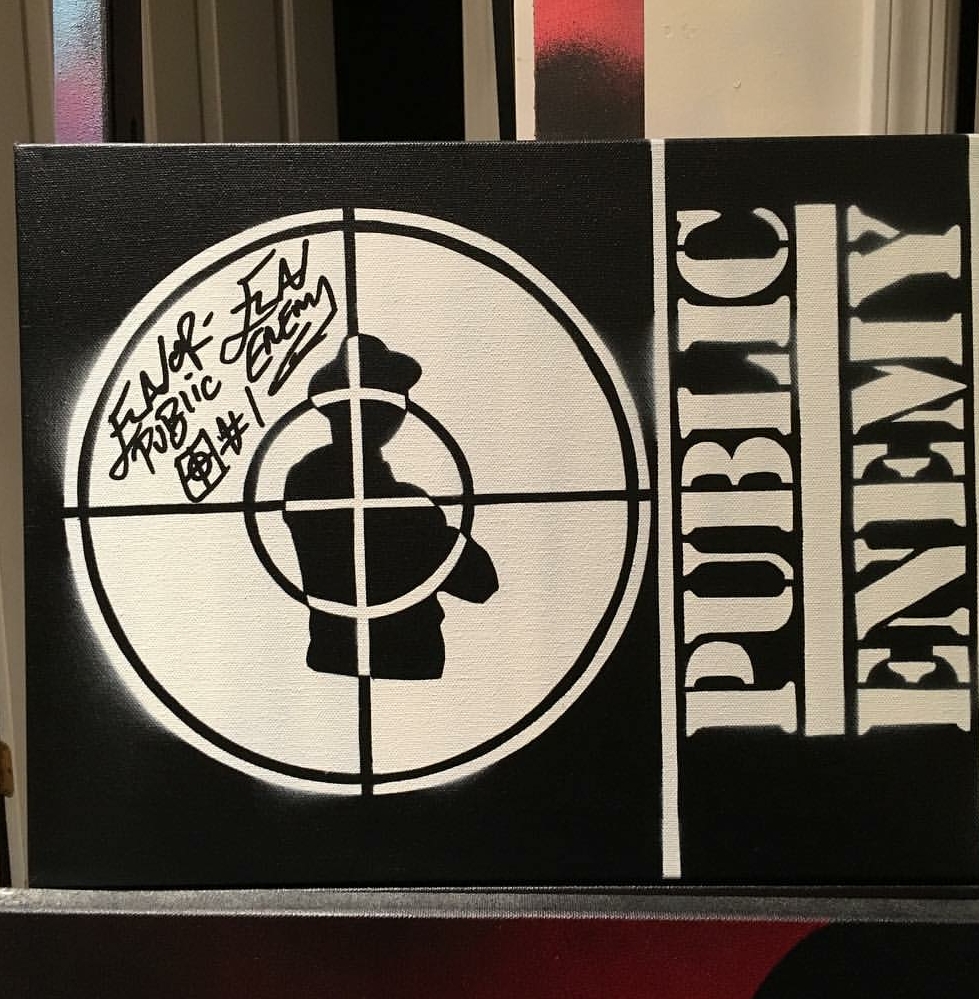 I didn’t get to personally meet Flav. However, I witnessed an interaction with a little girl. It was a tender moment, showing a different side of the usually hyper rapper. I’ve always respected him, and this made me respect him even more.

The vendors were in full force, however due to the size of the space, it was kind of cramped in the room. 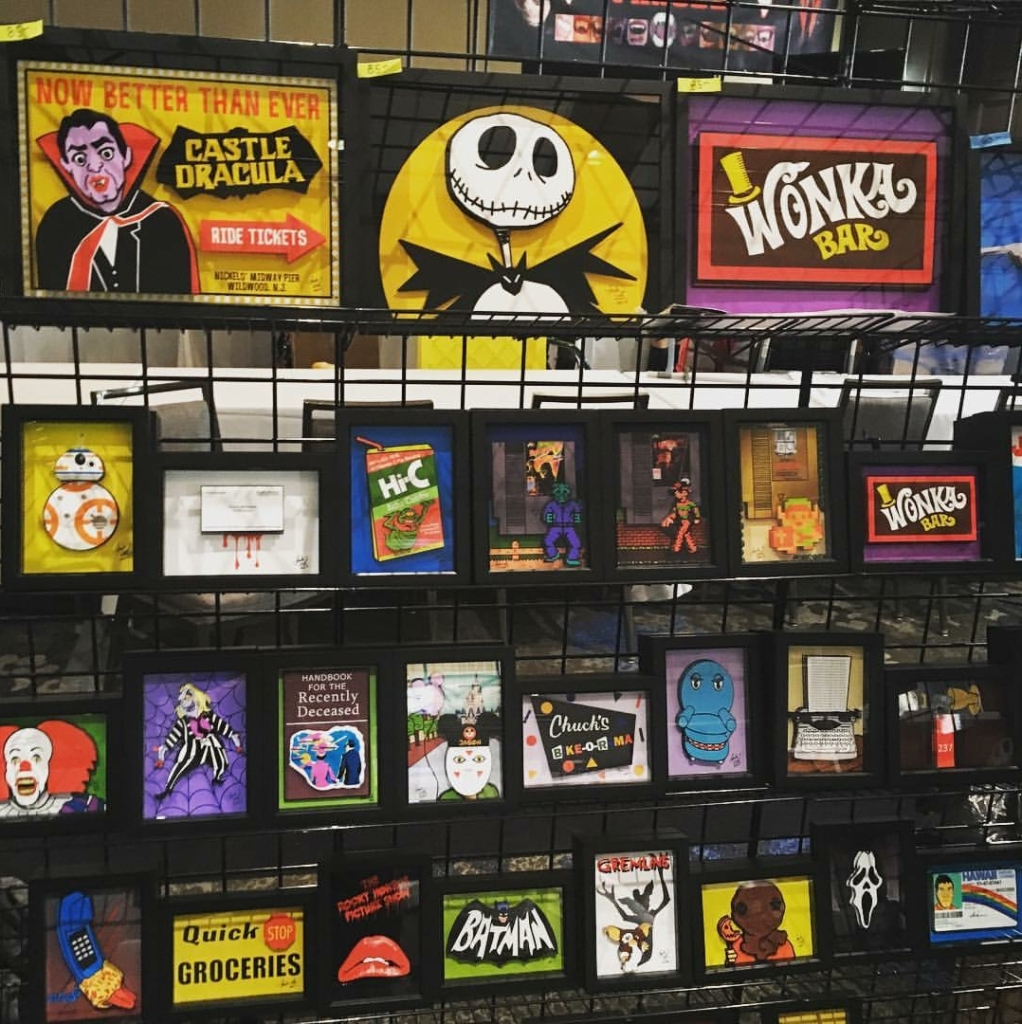 Overall, it was a great time, as Chiller once again delivered a memorable experience. Thank you to Kevin and crew for all your hard work.