The Cine-Files: “Spookies” and “Wrestlemaniac”

There’s ‘so bad it’s good’… and then there’s just bad; Let’s settle in for some tasty and distasteful popcorn fare with Spookies and Wrestlemaniac.

This week was a mixed bag of new film experiences.  I saw Imitation Girl, which was tragic and beautiful, and The Shape of Water, which was also tragic and beautiful.  But I wish I had seen it before it won the Oscar for best picture, because every time a moving or profound moment happened, I just thought “Oscar bait”.  That’s a very cynical attitude to have, because it was a great movie and I should respect it for that.  And I’m thrilled a fantasy won the big prize.  I know a lot of people were pulling for Get Out to be the big horror movie victory, but I think The Shape of Water winning was a more impressive achievement.

But, beyond the cinematic masterpieces, there were these two ridiculous romps — one that proved quite satisfying and one that I wish I could unwatch. 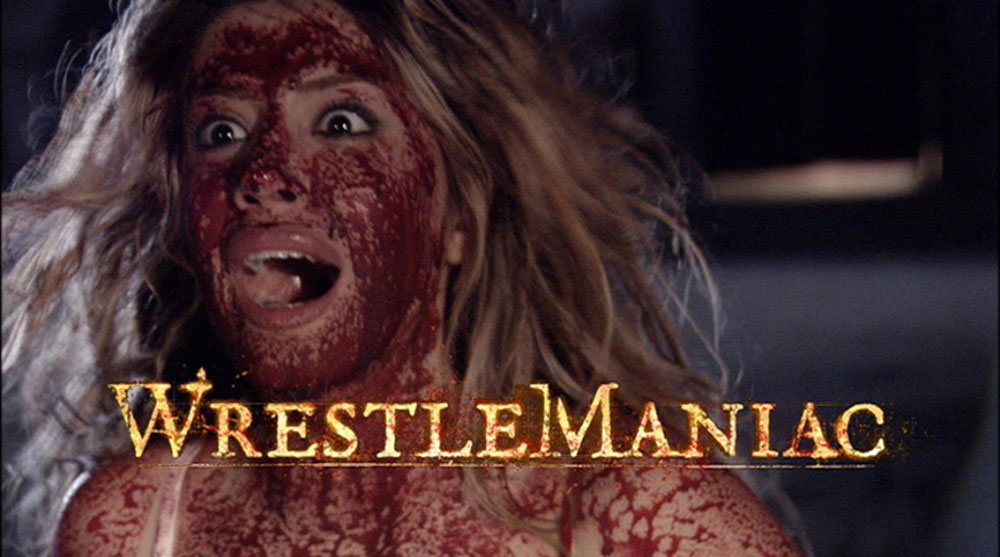 I didn’t expect much from this.  A little bit of entertainment.  An average orange Sour Patch Kid, basically.  I read about Wrestlemaniac occasionally, and it was apparently very brutal and gory — definitely two of my favorite horror movie traits.  And the idea of a killer Luchadore, “El Mascarado” (played by Rey Mysterio Sr.), who was banished from the squared circle after killing his opponents, was just too nutty to pass up.

Almost immediately I hated every character.  There was Fat Guy, Dumb Stoner, Studly Asshole, Blonde Lesbian, Brunette Lesbian, and a girl who had no pants on and got killed very early on in the movie. 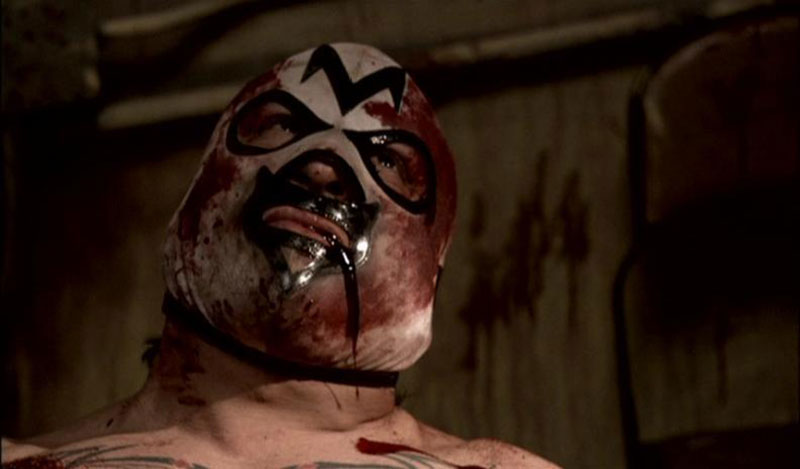 If this is Jesse Baget’s idea of a horror spoof, he needs to learn the difference between spoofing something intelligently, and just taking sleazy and unimaginative caricatures and putting them in a van that breaks down in the middle of the desert. 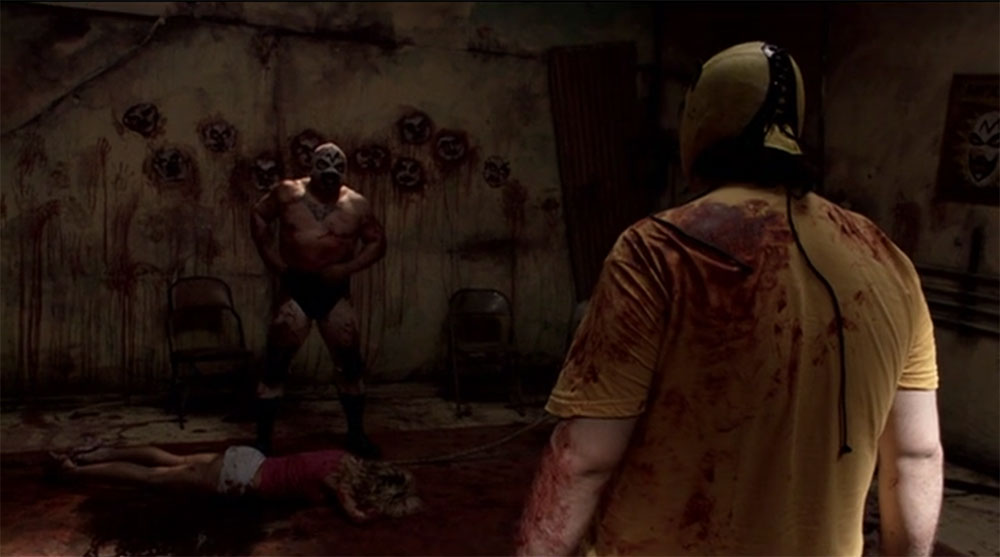 Studly Asshole thinks the decrepit old saloon would be a great place for a scene, so the girls get on top of the bar and, shall we say, get to it.  He decides to get in on the action.  All I kept thinking was how unsanitary it must have been to do THAT on a splintered and dirty old wooden countertop.  Girl-with-no-pants is separated from the group and the big bad Luchadore kills her.  That isn’t a spoiler, we all know this.

Wrestlemaniac is tasteless, obnoxious, and has no idea how insulting it is to serious horror fans. 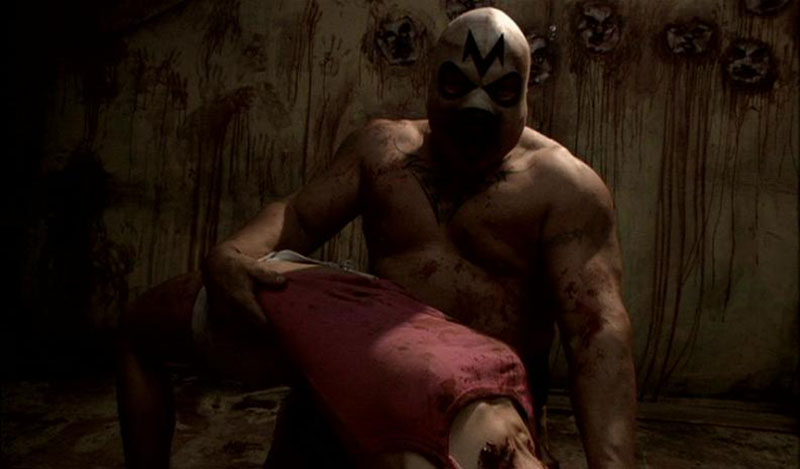 But I am committed to sticking with my philosophy that there is no such thing as worthless or useless art, so let’s look at some positives.  It IS gory.  When El Mascarado bests an opponent, he tears off their faces.  So, we get some pretty grueling and detailed face-ripping scenes.  His, I don’t know, “lair” is covered with torn faces.  I’m not quite sure where he got them all, there are quite a few.

There is some pole impaling.  You know, for variety.  The ending is silly, but in a fun way, because Fat Guy gets to protect a distressed damsel by actually wrassling El Mascarado, and Fat Guy is a formidable foe, due to the fact that he has been a wrestling fanboy all his life and knows how to do it.  So that’s the end of that one. 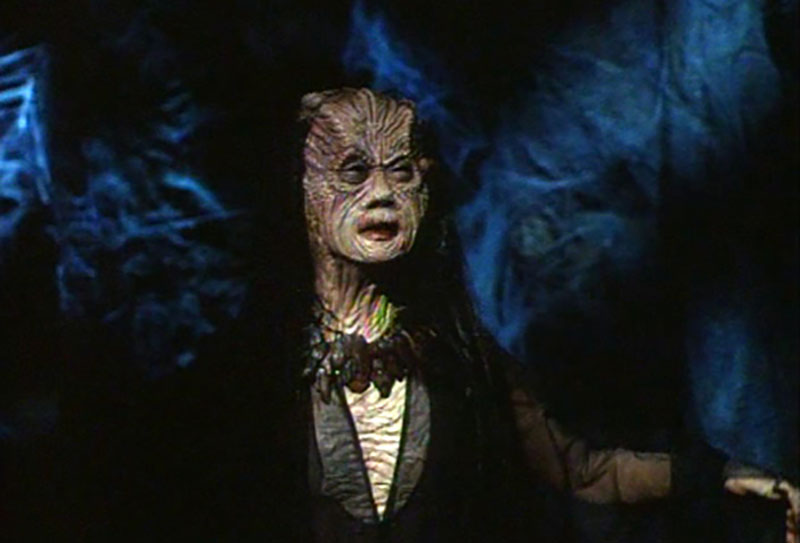 Spookies involves quite a few things, and rockets through big bads like a graveyard specter.  There isn’t much of a prologue, it just starts happening.  There’s an old guy. A Vincent Price/Christopher Lee vampiric old guy who lives forever underneath a decaying mansion.  He talks to a beautiful young girl in a coffin. 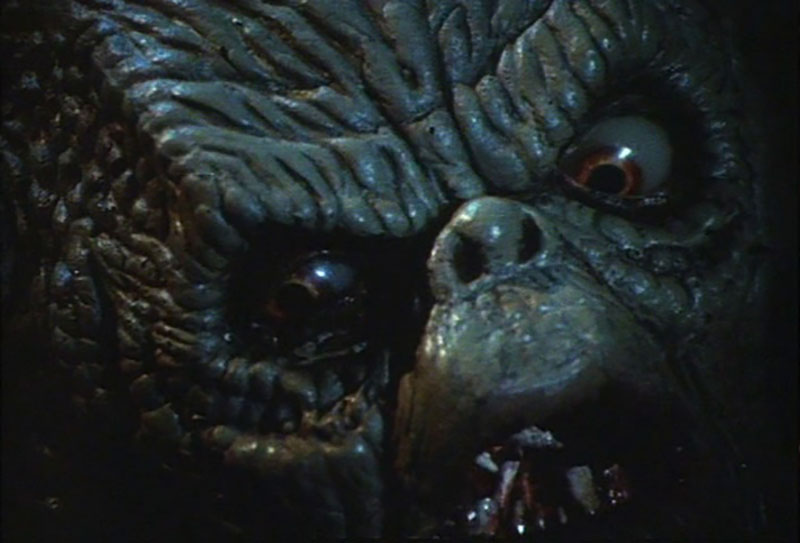 Apparently he’s going to do some terrible things to bring her back from the dead to be his bride.  He begins his scatterbrained onslaught on humanity by sending out his pet werewolf to menace society.

His mischief causes three bickering couples (and a goof with a puppet) to get stranded near the mansion, so of course they have no choice but to break into the old building and party.  The couples split up for hanky-panky, fight viciously with each other, and the goofy guy feeds his puppet potato chips. 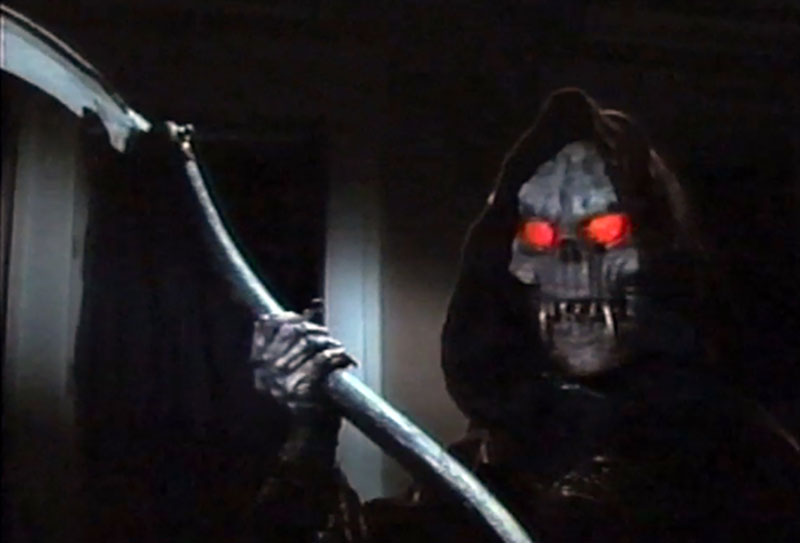