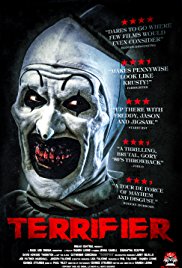 In select cities across the country this past week, Dread Central Presents held screenings of Damien Leone’s highly anticipated new film Terrifier. I was fortunate enough to see this film at the Film Bar in downtown Phoenix, Arizona.

Terrifier, the film’s wonderfully creepy and sadistic antagonist Art the Clown, and filmmaker Damien Leone have been on the radar of Horror fans for some time now, beginning in large part with the short of the same name. The short film “Terrifier” gave Horror fans the first real glimpse at the terrifying potential of Art the Clown, winning the Audience Choice Award in 2011 at the ShockerFest and “Best Grindhouse Film” at the Louisville Fright Night Film Fest in 2012.

Let’s take a brief look at the evolution of Art and Damien’s journey to creating Terrifier. 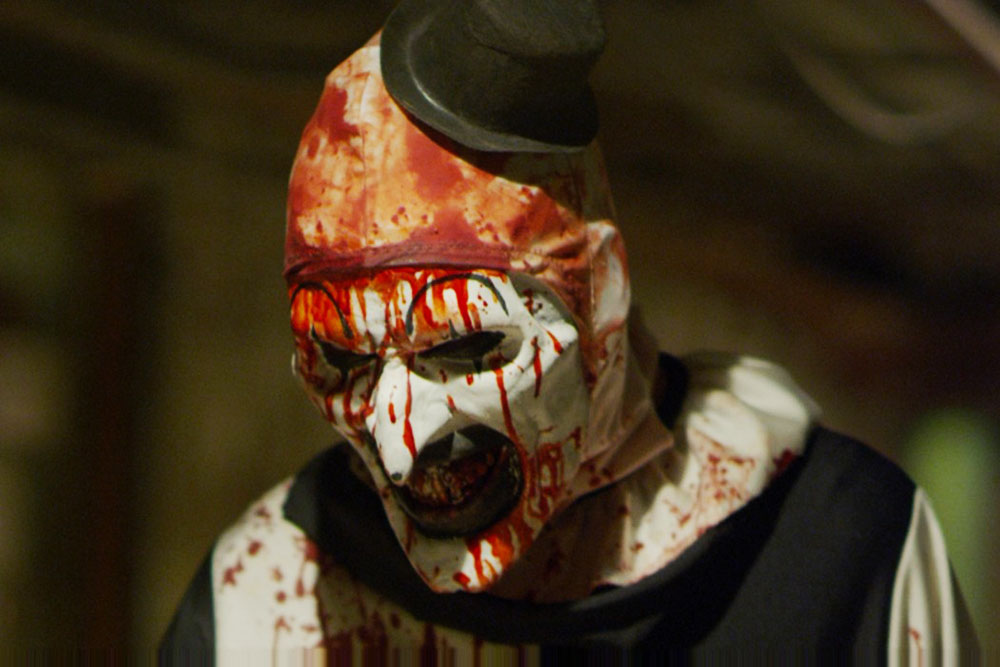 Art began as a supporting character in Leone’s first short film from 2008, “The 9th Circle”, in which the character known as Art The Clown abducted women to hand them over to a cult to be used as human sacrifices.

Then came the horror anthology feature All Hallows’ Eve in 2013, which pretty much served as a film reel of Damien’s work. That film was originally supposed to be an anthology consisting of different shorts from various directors, but Jesse Baget, fellow writer and director (All Hallows’ Eve 2, El Mascardo Massacre) agreed to let this be a showcase of Leone’s potential. 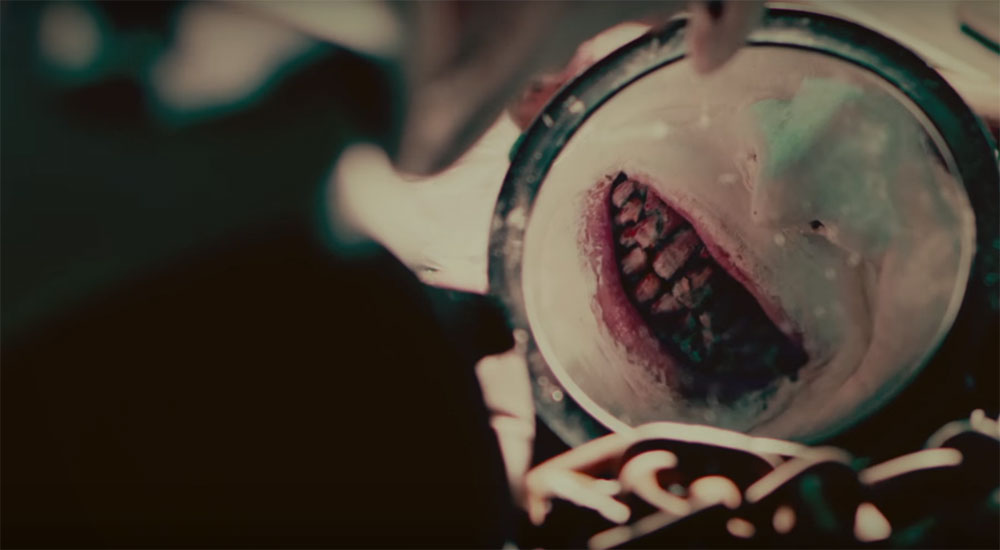 So the recent TERRIFIER feature is a spin off from ALL HALLOWS’ EVE, having a ferocious focus on the murderous Art The Clown. But none of this needs to be seen to enjoy the film. It’s a bare bones narrative with relentless bloodshed, a theme Leone wisely chose to follow from the short film. He noted what fans dug about the initial “Terrifier” short and stuck with it.

The Film Bar in Phoenix is the perfect venue for these types of screenings, and on the night of Terrifier, it was a near capacity crowd.  Lots of excited fans united at The Film Bar to check out “that fucked up clown movie” and support some worthwhile genre entertainment.

Art’s bag of tricks is impressive, and he doesn’t waste any time digging in that bag to get to the gore. 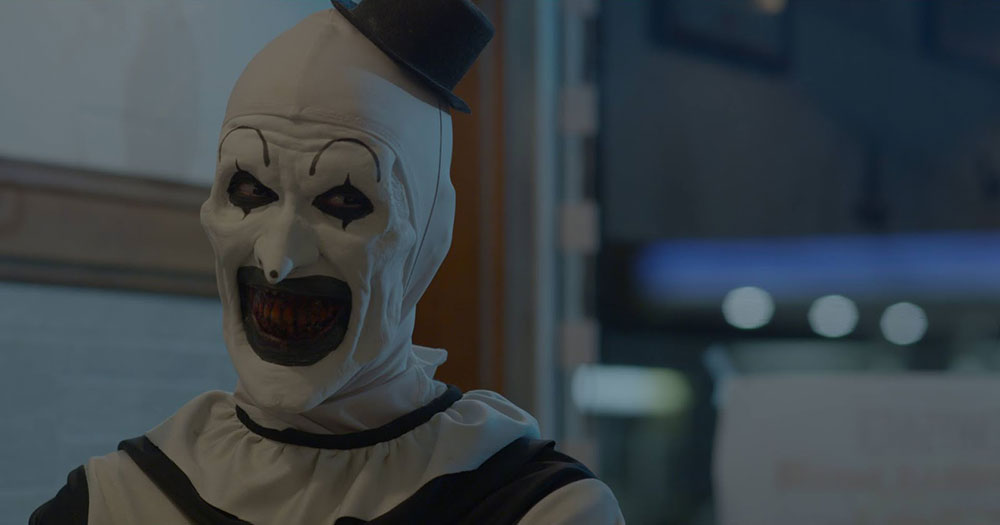 Terrifier starts on Halloween night, and two young ladies (played spot on by Catherine Corcoran and Jenna Kanell) are drunk and ready to get some grub after partying. The pair decide to partake in some late night pizza, but not before coming across a sketchy looking clown. Things get uncomfortable though for everyone in the pizzeria when that same clown sits across from the friends while they try to eat and sober up.

Art is a sight to behold — both on a dark street and in a well lit restaurant. His gaze is intense, seemingly uninterrupted. The silence Art The Clown (David Thornton in his feature debut) exhibits in this scene, and through the entire movie, is perfectly unnerving. 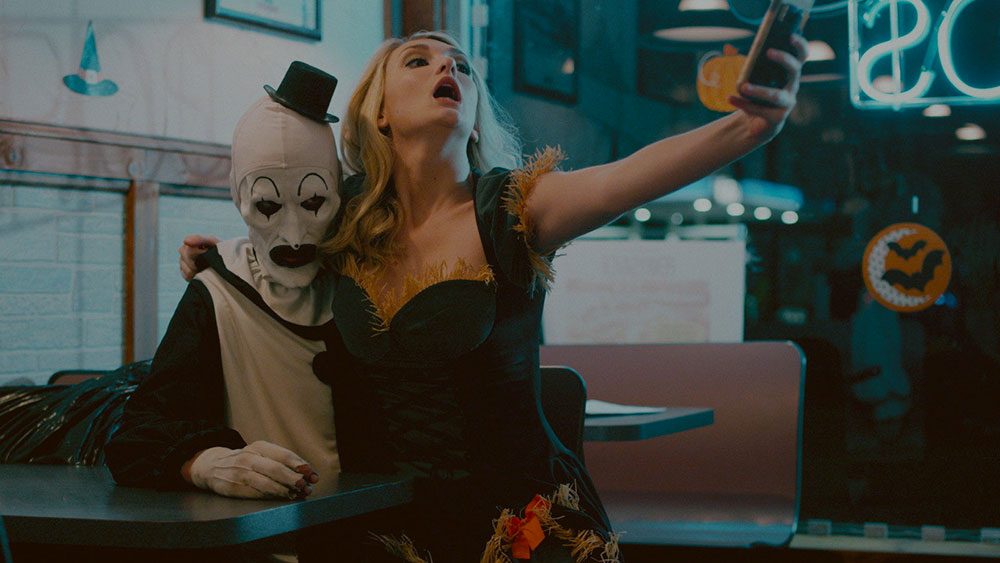 After some drunken escapades in the pizzeria courtesy of one of the girls, it’s game on for our grease-painted killer. From here, pretty much everyone who crosses his path meets their demise in a dreadful fashion. Thornton’s subtle gestures throughout are both comical and horrifying, exactly what is needed to balance out the level of brutality witnessed in this film.

Terrifier has a plethora of noteworthy practical effects to accompany the extremely satisfying level of gore.

One scene depicts a young woman strung up upside down, getting hacked apart from her goodtime box to her face. This was some impressive shit, folks. The audience went wild, excitedly cheering and clapping, myself included. Later on in the film, there is a  “Buffalo Bill” type situation, which was also wildly applauded. 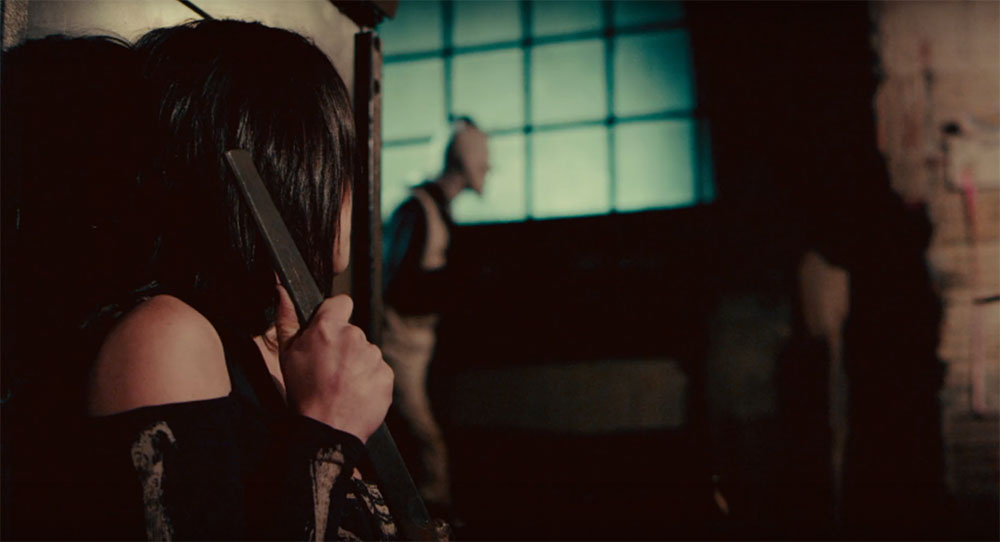 TERRIFIER has what many slasher fans crave; great kill scenes utilizing practical effects, a maniacal killer on the loose, and buckets of blood. It took some time for Leone and his merciless mute clown to have their time to shine. But it’s here now, and it was definitely worth the wait.

If you’re down for some good old fashioned gratuitous ‘grindhouse style’ gore, you need to give Terrifier a gander. Pre sale orders are up for a sick DVD + Blu-ray 2- disc pack with collectable reverse cover art and special features at http://www.epic-pictures.com.

Check out the trailer for Terrifier below, as well as the original “Terrifier” short.

Keep your eyes peeled for our upcoming interviews with both star David Thornton and filmmaker Damien Leone!