Our staff writer Jamie honors and reminisces about his favorite John Carpenter film, The Fog, and the sinister reason to celebrate April 21st. 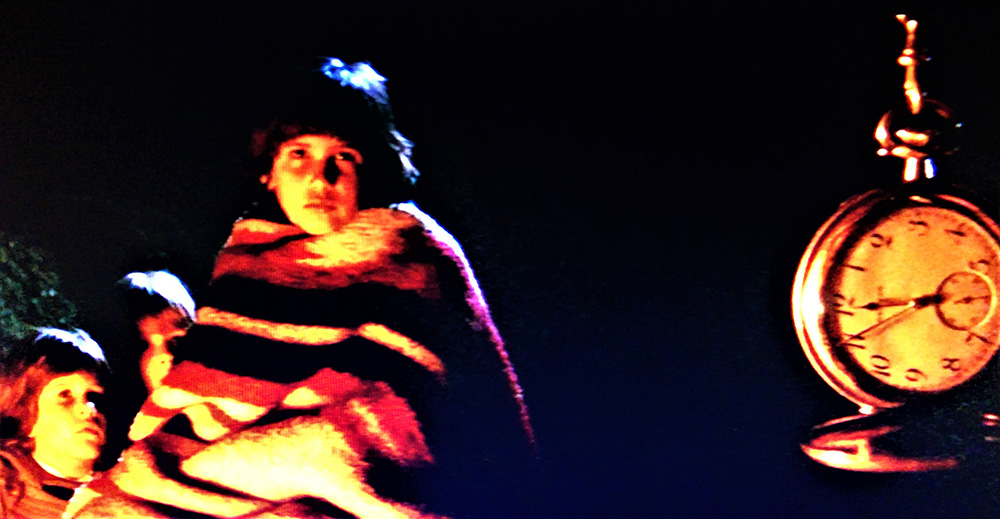 “11:55, almost midnight. Enough time for one more story. One more story before 12:00, just to keep us warm. In five minutes, it will be the 21st of April. One hundred years ago on the 21st of April, out in the waters around Spivey Point, a small clipper ship drew toward land. Suddenly, out of the night, the fog rolled in. For a moment, they could see nothing, not a foot in front of them. Then, they saw a light. By God, it was a fire burning on the shore, strong enough to penetrate the swirling mist. They steered a course toward the light. But it was a campfire, like this one. The ship crashed against the rocks, the hull sheared in two, masts snapped like a twig. The wreckage sank, with all the men aboard. At the bottom of the sea, lay the Elizabeth Dane, with her crew, their lungs filled with salt water, their eyes open, staring to the darkness. And above, as suddenly as it come, the fog lifted, receded back across the ocean and never came again. But it is told by the fishermen, and their fathers and grandfathers, that when the fog returns to Antonio Bay, the men at the bottom of the sea, out in the water by Spivey Point will rise up and search for the campfire that led them to their dark, icy death.” – Mr. Machen (John Houseman)

And with that chilling campfire story begins one of John Carpenter’s most terrifying films, 1980’s The Fog.

It holds a very special place in my heart as my favorite Carpenter movie. When I think of Halloween, I consider it the stepping stone Carpenter made so he could make The Fog. I like Halloween, don’t get me wrong, but The Fog scares me on a much higher level. Stalk-and-slash killers like Michael Myers don’t really scare me much at all.  But the mist-enshrouded mystery and ghostly ghastliness in The Fog creep deep under my skin.

I still remember the first time I saw it as a child. It was on WPIX Channel 11, on a Saturday night.

For starters, ghost stories have always freaked me out more than any other kind of horror movie. The Fog is a classically-told ghost story, heavily inspired by the works of Arthur Machen, and even starts out with a perfectly-told campfire tale. In those opening moments I remember feeling the oppressive foreboding that promised a childhood-scarring two hours (you know, including commercials).

There is gothic moss in the atmosphere that practically leaves a moldy taste in my mouth. I feel the dampness of the air, the chill, and the isolation of the lighthouse. The shots of the glowing fog bank approaching the shore in the dead of night . . . the vengeance-starved ghosts, and the outline of their shadowy, waterlogged forms deep within the thick green and grey mist. The stone that crumbles from the wall of the church, and that bandaged hand slowly pushing through the stained-glass window.

Oh, it still gives me goosebumps, and it’s the most beautiful feeling!

The scenes of the fog encircling the town, unhooking gas pumps, powering down McDonalds, and shaking the bottles in the grocery store . . . and that unhooked sign, swinging and squeaking. The eyes of the dead, lifeless yet glowing and staring from within the fog, which is thick as cotton.  Their unforgiving hooks and sabers, and the casual way they knock on doors. DON’T OPEN IT!!

If you haven’t seen The Fog yet, your perfect chance is now! Around 138 years ago today, the Elizabeth Dane crashed into the sharp rocks of the Antonio Bay shore. You never know, maybe the fog will crawl out of the screen and get you next!!!