Posted by:
Tags:  Bong of the Living Dead

Pack your bowl and load your gun; “Bong of the Living Dead” is the surprisingly great zombie flick meant for genre fans and potheads alike. 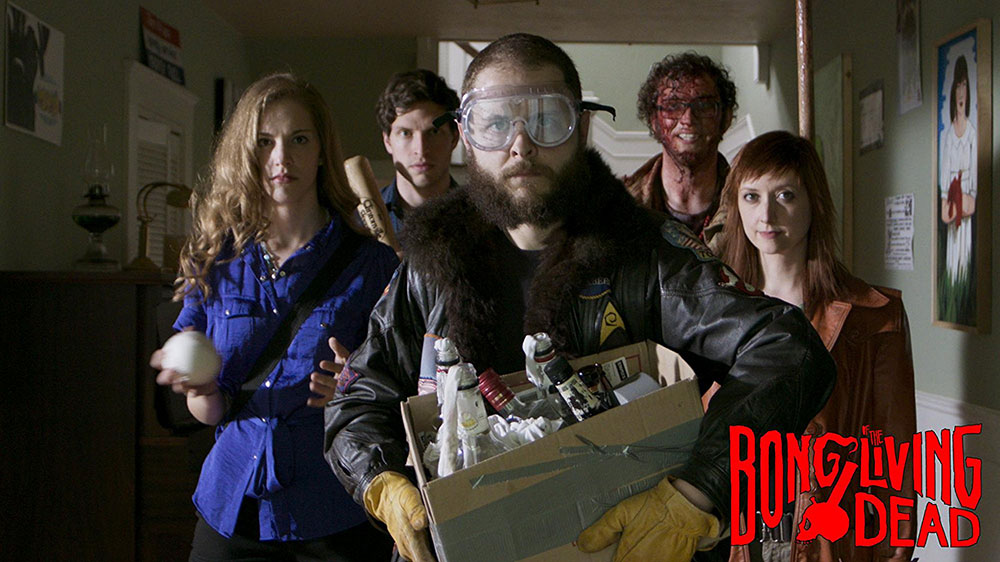 Bong of the Living Dead made its world premiere at the prestigious Nightmares Film Festival, where it was nominated for several awards, including Best Actor in a Feature (Daniel Alan Kiely), Best Horror Comedy Feature, and Best Ohio Feature. It also received the award for Best Director for Max Groah. Most recently, it won first place for Horror-Comedy Feature Film at the Horror Hotel Film Festival.

Bong of the Living Dead is about a group of friends and zombie movie buffs have their life-long dream come true. As their provisions run low, reality begins to set in and they realize that the zombie apocalypse isn’t all it’s cracked up to be.

Firstly, you don’t have to be a stoner to enjoy this film. 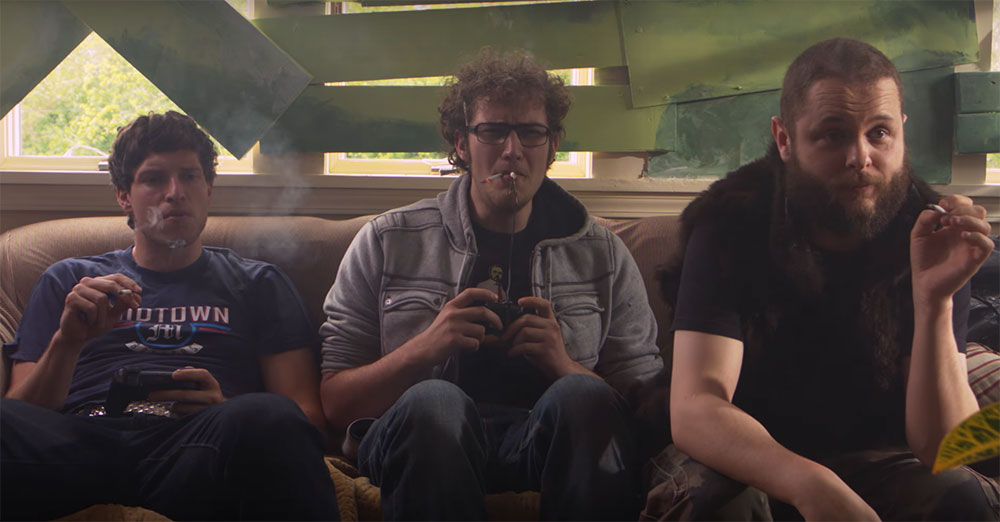 It’s got it all; laughs, love, tears, and confrontation. And a whole lot of weed. In fact, that’s one of the aspects of this film that make it so enjoyable. The pot usage was relentless, right alongside the beloved horror movie references, and that simply testifies to its self-awareness. This isn’t an intentional B movie. This is a serious film that doesn’t take itself too seriously.

The passion for the craft and the sincere need to tell this story was evident as soon as the film began, and that itself was a pleasure to witness in a world full of soulless, cash cow movies.

Stating that Bong had a lot of heart doesn’t translate as “this was a shitty movie” — not in the slightest. In fact, its quality was one of the more impressive factors. What went into the final cut was professional and very easy on the eyes, especially the wonderful (albeit many) transitions and montages. The attention to detailing and aesthetic was joyfully noted. 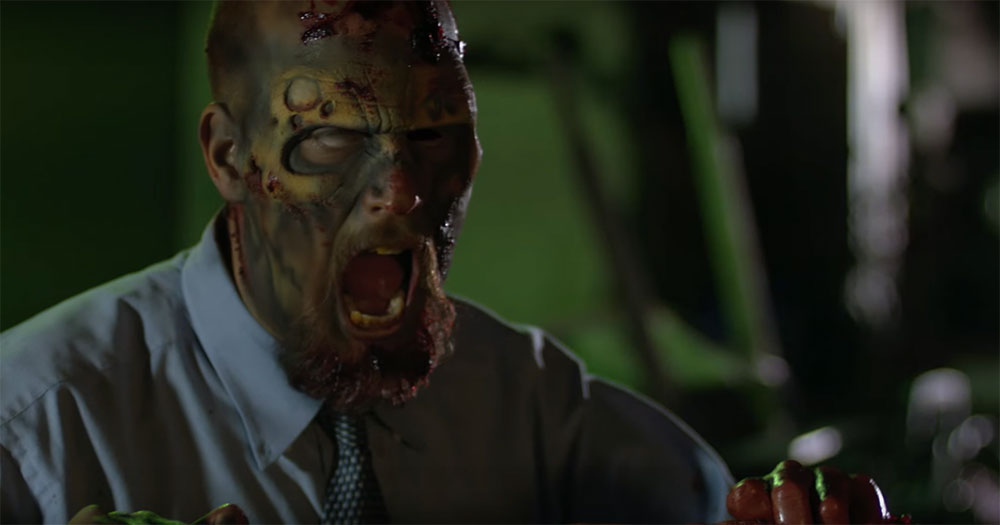 There’s too many films on the market today that suffer from large budgets and terrible stories or amazing stories and minuscule budgets. Then there’s films like this one that make use of their budget effectively without letting the script get mucked up halfway through production. Based on the end product, it probably deserved a larger one.

The casting decisions for the main antagonists were smartly done. Character Hal (Dan Alan Kiely) was incredibly fun to watch. His presence was demanding on screen and was missed while off. Other performances lacked personality at times, which is obviously critical in a feature with the focus on a core set of characters. Collectively, the cast was sturdy. 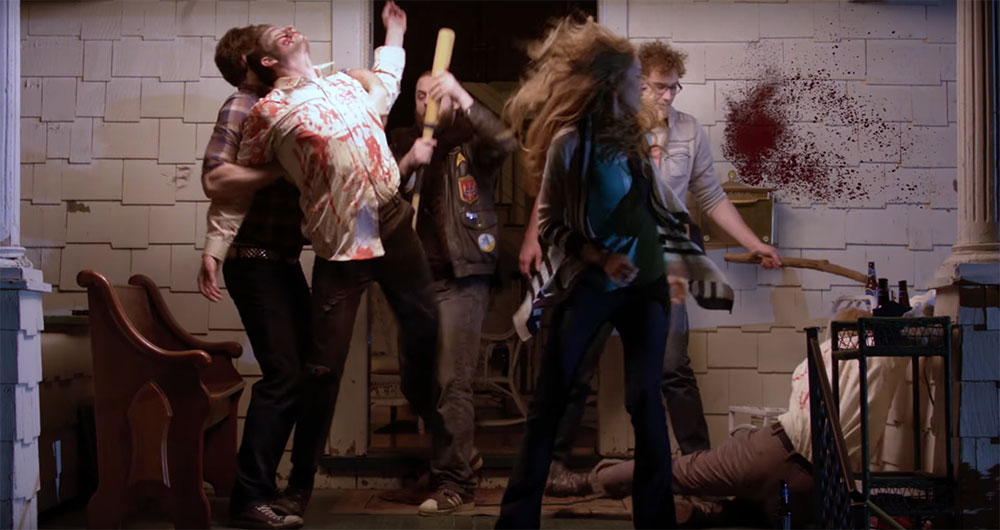 Comedic timing was also a struggle — some jokes didn’t (and continued not to) land gracefully. However, the scenes that provoked belly laughs are not forgotten. The film did not drag but certain scenes felt unnecessary and weren’t helpful in clarifying how the plot was unfolding. Some actions were slightly confusing, and this could be contributed to a number of things.

Still, the final moments were clear as day and very, very heart wrenching. Pass the Kleenex, will you? 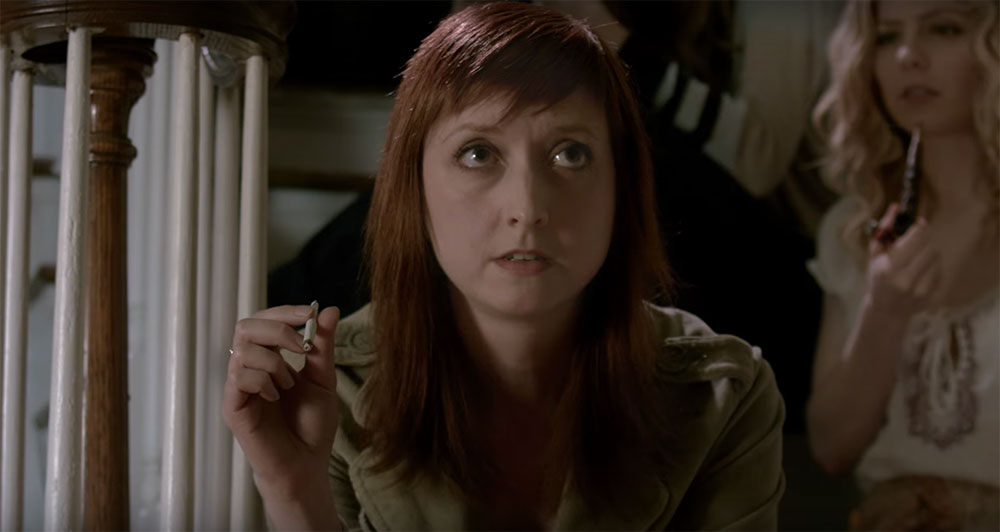 I’m a stickler for scoring, and I instantly took notice of the music in Bong of the Living Dead. It was an array of sounds, ranging from easy-strumming-stoner-jams to the essential 80s horror synths. The overall branding of the film is appealing as well. Kudos to the logo designer. SFX was understandably conservative, but blessed be, there was no gaudy CGI to dampen viewers’ spirits.

If you’ve ever wanted to see someone smoke out of a baseball bat or the most badass cereal machine ever, give Bong a go.

It’s better than most of the horror selection on Netflix (which desperately needs better curation) in terms of acting and substance. It’s also a homegrown zombie movie lover’s kind of schtick. I’d watch this again…and that’s the highest compliment one can give.