Now Read This: The Complete History of the Howling

Written by Bryn Curt James Hammond, “The Complete History of the Howling” gives a detailed account behind the most successful werewolf franchise ever. 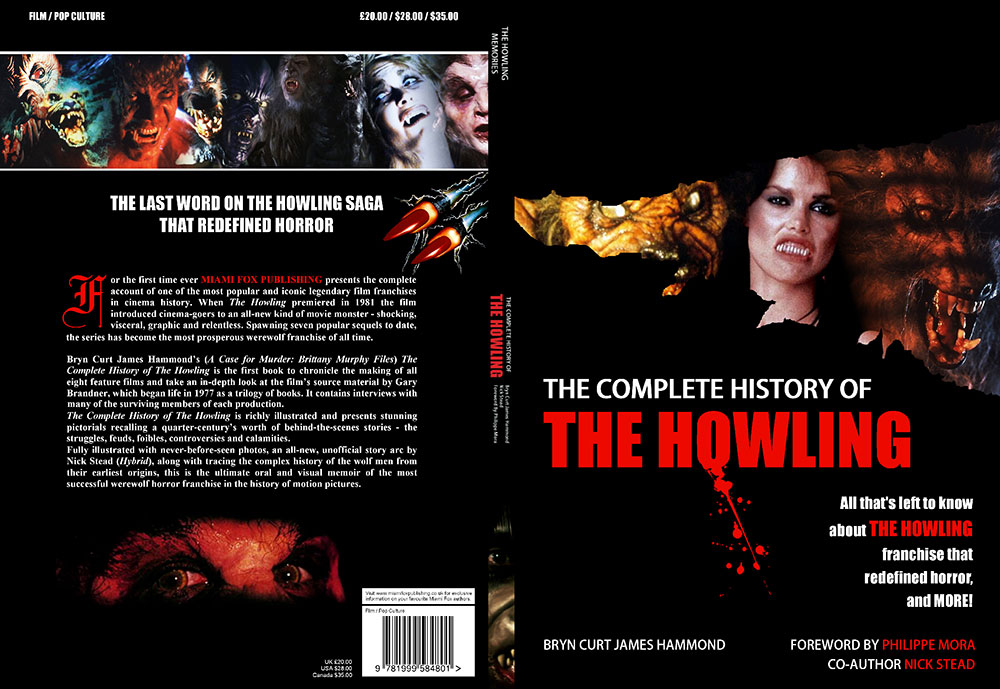 1981 proved to be a great year for werewolf films, with both An American Werewolf in London and The Howling setting a new precedence in the sub-genre.

Both films moved away from the traditional wolf man made popular by Universal with Lon Chaney Jr. and Hammer Horror with Oliver Read. Delivering a more animalistic beast with ground-breaking special effects, which depicted graphic transformations never seen before, werewolves were back under a full moon — but were now a very different kind of monster.

Where it took 16 years before we were given a sequel to An American Werewolf in London with the disappointing CGI-heavy An American Werewolf in Paris (1997), a sequel for The Howling was released four years later, to cash in on the success of the original, entitled Howling II: Your Sister Is a Werewolf (1985). It may not have repeated the critical or financial success of the original, but nerveless its cult following on VHS was enough to prompt a further six sequels to date, with recognition as the most successful werewolf franchise ever. 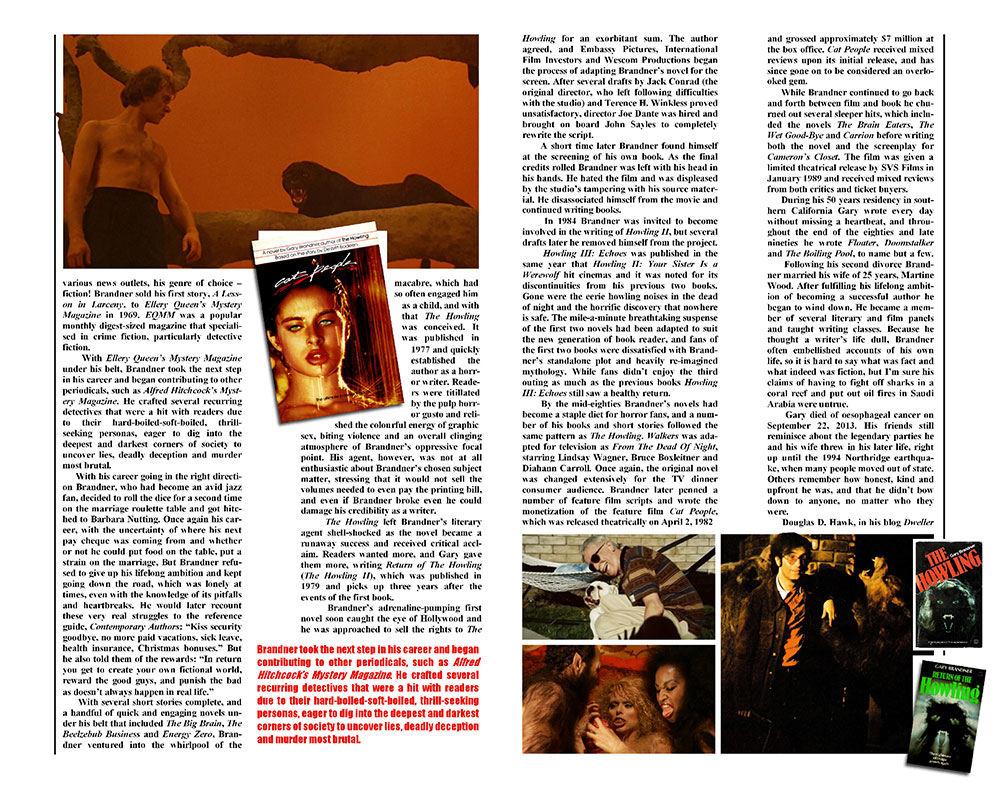 “The Complete History of the Howling” is a new reference book from filmmaker and writer Bryn Hammond, which takes a detailed look behind the making of the films and the original book series which inspired them.

Delving equally into the series instead of concentrating primarily on the original, the book gives a detailed coverage of all the films. But thanks to Bryn’s writing style and sharp sense of humor, the information doesn’t feel overloaded with a monotonous and detailed list of facts, figures and dates.

Making the most of the book’s A4 (letter) size, readers are treated to a visually stunning pictorial, with collective photos from both the film and behind the scenes. This also includes some new exclusive photos which have been purchased exclusively for the book. The addition of the pictures really adds a unique depth to the book and makes it more captivating when reading about the events surrounding the making of the films. 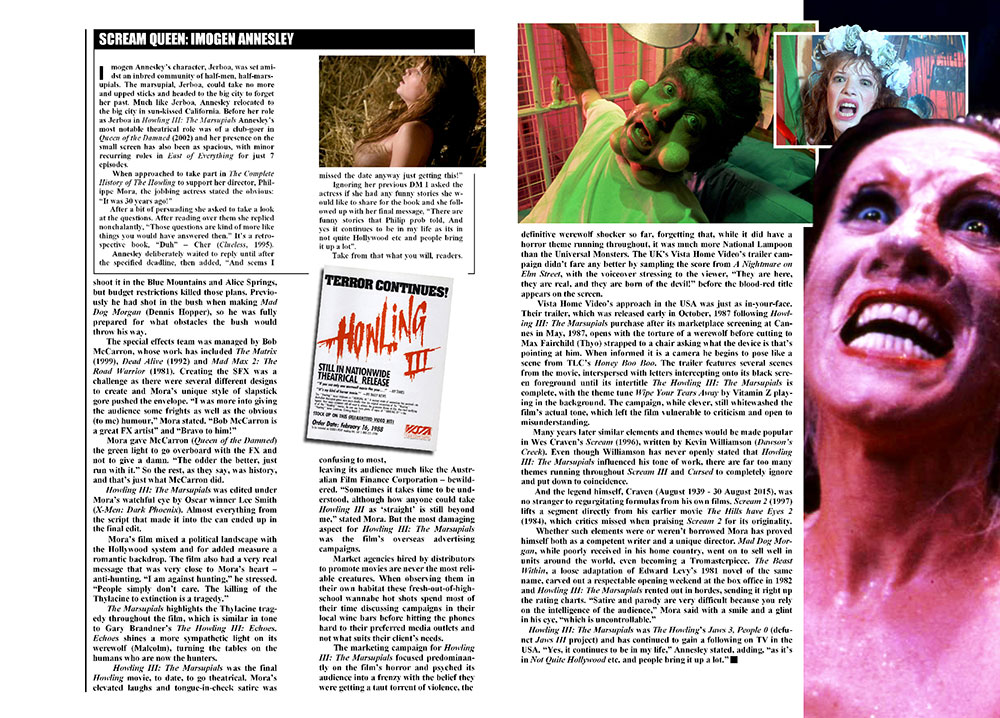 One of my favorites is an interview with special effect artist Bill Forsche, who talks about his experiences working on the set of Howling IV: The Original Nightmare (1988). This includes some amazing behind the scenes shots with the effects and makeup, as well as an interesting story where he was forced to make a very personal improvisation to complete the effects guerrilla style.

The book contains several other interviews which give you an insight into the making of the films, from the highs to the lows, as well as the downright outrageous. As expected, it is an endearing exclusive interview with Dee Wallace that becomes one of the highlights of the book. In the intimate conversation, she discusses how her late husband Christopher Stone got involved in the film, and why she turned down an opportunity to appear in the sequel to the original film.

Another more surprising and impressive inclusion in the book, however, is director Philippe Mora. Having directed both Howling II: Your Sister Is a Werewolf and Howling III (1987), he was not only interviewed for the book, but he also contributed the book’s forward.  Philippe has an intelligent and witty sense of humor and, despite the critical mulling of his entries, remains positive regarding his sequels. 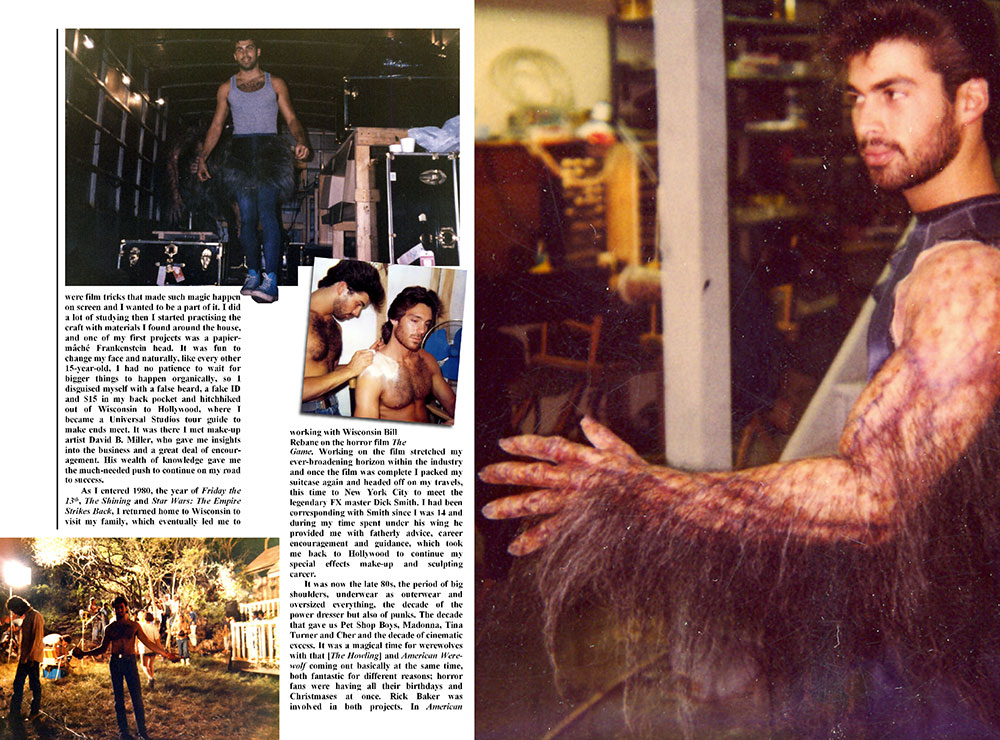 There were several incidents which made filming challenging, so it’s not hard to see why the sequels seemed so distant from the original. One of my favorite stories has to be regarding the werewolf costumes for Howling II. Due to budgeting restrictions, he was delivered monkey outfits in a crate entitled “Twentieth Century Fox / Planet of the Apes”. Undeterred, this led to the introduction of the bizarre new werewolf mythology: with a twist on Darwin’s Theory of Evolution, man must become a monkey before becoming a wolf.

The book includes a new short story arc from writer Nick Stead, which follows on from the events of the first book in the Howling series. Having not read the original books from Gary Brandner, I can’t really compare the two styles of writing. As a result, I can only judge it as independent short story.

Nick does well in what he was trying to accomplish. But as with many short stories, it does feel as though the events escalate too quickly, and it would have benefitted from further character development. Unfortunately, this would have taken up a lot more of the book, so the events are rather constricted. It would be interesting to read an extended version of the story, as I would love to see how Nick would build on the events and add further development to the characters.

With that being said, I still think the short works to create a quick impact with the story and would have fitted well in the original Pan Books horror anthologies. 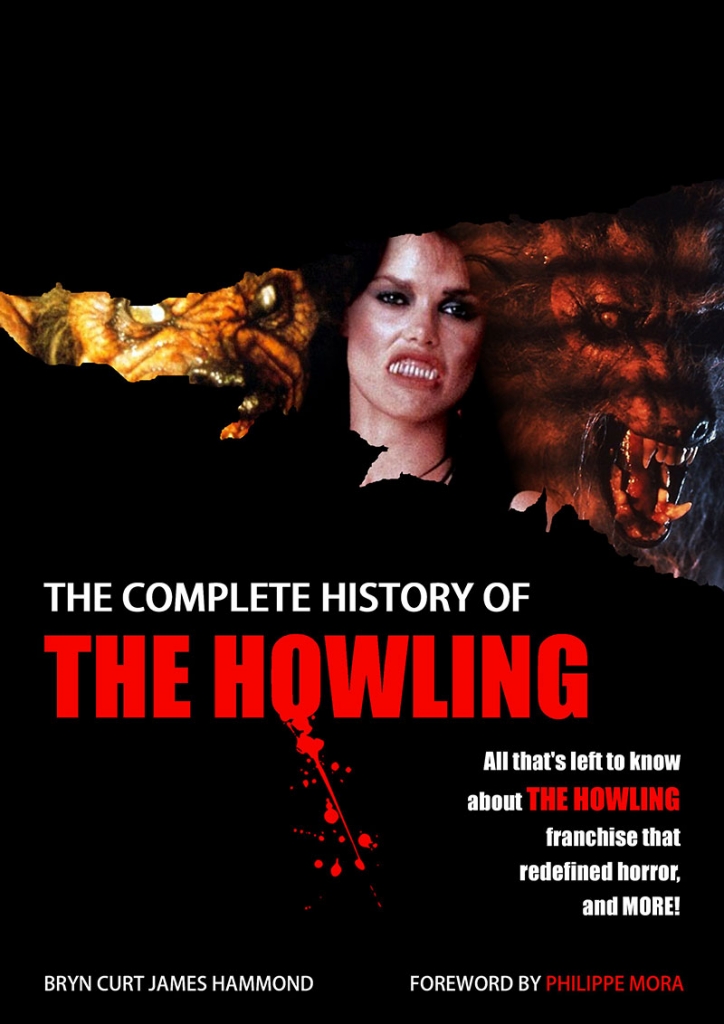 “The Complete History of the Howling” is a definitive compendium that goes behind the scenes of the most successful werewolf franchise ever — giving much needed attention to a horror series which is often overlooked, and miss understood.

Whether you are already a fan of the series or interested in what the films have to offer, this is a book which you can really sink your teeth into. With the in-depth research and Bryn’s encompassing writing style, it is an essential reference for horror fans and film enthusiasts alike. Once finished, you know this is definitely a book which you will want to come back to and read again.

“The Complete History of the Howling” will be released by Miami Fox Publishing on November 7th, 2018.