The Curse of the Boundshire Seesaw

As a special horror treat on Halloween, we’ve concocted a special brew: an original creepypasta titled “The Curse of the Boundshire Seesaw”. 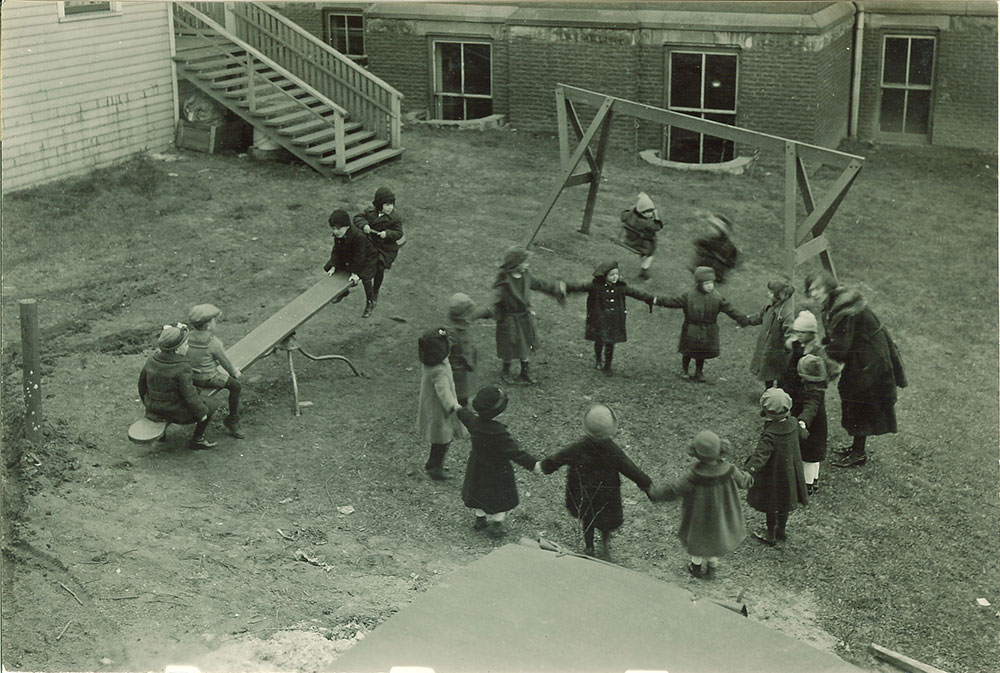 The Curse of the Boundshire Seesaw

Every small town in America has a haunted house, local legend, or some kind of curse.  Regional folklore is dense and plentiful, and I enjoy reading about such supernatural obscurities on the Internet.  But it surprises me that I have never come across the urban legend of my own town anywhere.  After all the missing children and teenagers, I figured someone would be interested enough to scare up a good story about it.

You see, the town I live in, Boundshire, hosts a very peculiar curse.  Located roughly within the center of town there is a small dilapidated park.  Encircled and clenched in overgrown bushes, weeds, and trees, the park would have an eerie energy even if it wasn’t poisoned by a curse.  It has an iron swing set with leather seats, and the unusual rust on the frame and chains have completely blackened it.  The same fate has befallen a small riding horse.  Its original colors were consumed by the rust long ago, and the thick bouncing spring looks like it would crumble from the slightest touch. 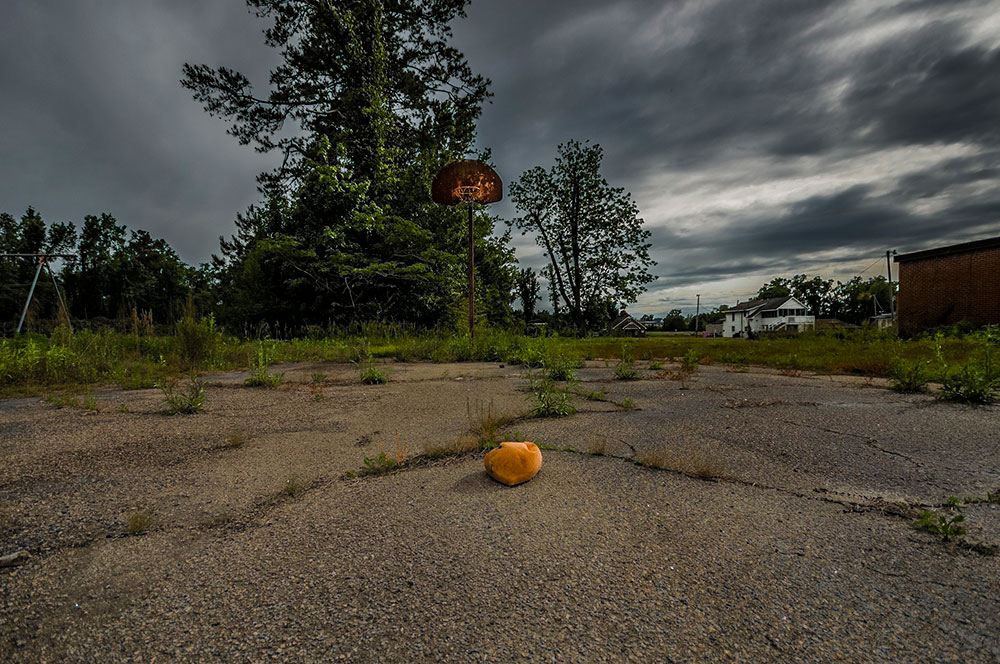 Down near the back end (or beginning front, depending on your direction) there is a seesaw.  Though made of wood, it too is blackened by the same rust-like coating of unnatural decay.  Add on top of that the kind of mold and mildew that old age burdens wood with, and you’ve got one chokingly grotesque-looking plank of wood.  Visited upon this grotesque plank of wood is the confounding and uniquely terrifying curse.

The seesaw is built the way you would expect, with handles on each end.  It is positioned to point perfectly either north or south.  For as long as I can remember, there was talk of the southern end of the seesaw and the unknown doom it would bring you if you let it touch the ground.  Even adults, with their minds cluttered with maturity and responsibility, believed the curse was true.  In the past, brave and curious sorts have researched the origin of the curse.  But the lore existed since the time of the first newspapers, documents, and even maps.  Was the seesaw always there?   There is still no explanation of any kind, and anyone who sits down on the south side of the seesaw apparently disappears.  It’s almost as if the wood is an eraser, and it rubs you out of existence. 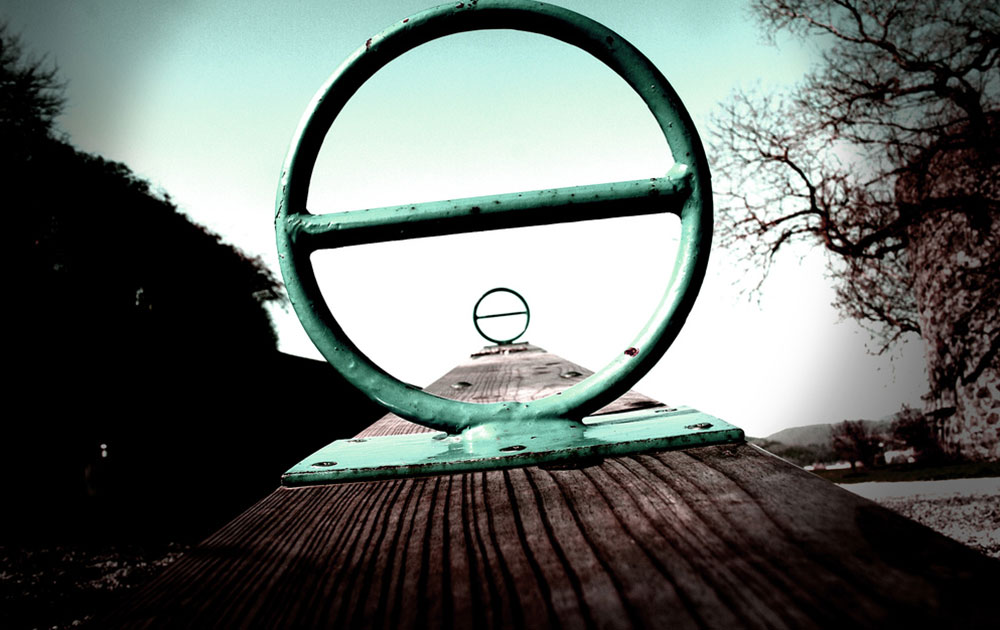 Curiosity got the better of me one day, so I took a notebook and a camera, left my house, and headed for Boundshire park.  I didn’t know what I was going to find there, but I have always been frightened of it, and I wanted to conquer my fear.  And satisfy my inquisitive nature.

Even though it was early in the afternoon I was hungry and looking forward to the chicken dinner my family had planned for later that night.  It was almost as if the anticipation of that home-cooked food protected me, because I entered the park without even a pinch of apprehension.  It was a very small place, and the green shell of overgrowth made it seem even smaller.  The smell from that repulsive black rust had gotten worse over the years.  Either that, or I forgot it as I grew up, and now suddenly was reminded again.

Camera-ready and with a brazen step, I walked over to the seesaw.  It was moist and gross, just like I remember it.  And, surprisingly, the south end was on the ground.  I took pictures of this apparently unthinkable reality from various angles.  Then I climbed onto the pivot point of the seesaw to take pictures from a point-of-view perspective.  I spread myself lengthwise on the wood and shot the southern end.  It looked like it had been in the dirt for a very long time.  I assumed, with a little pin prick of sarcasm, that the last person to ride it obviously vanished into the seesaw netherworld. 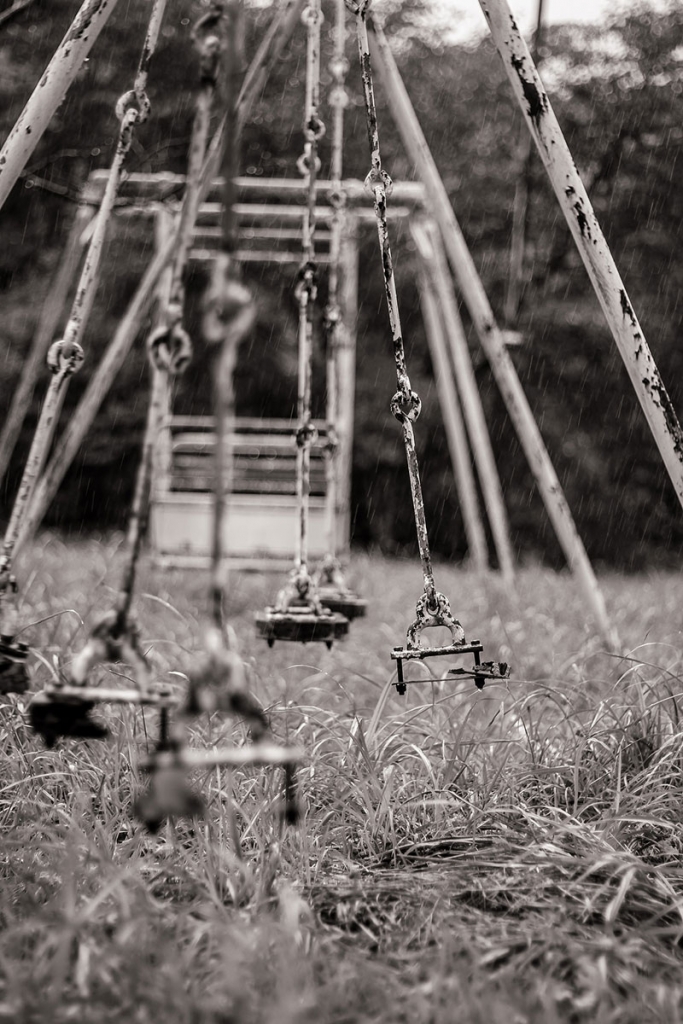 Scooting here and there, I didn’t notice the board beginning to tilt downward.  I tried to hold on to the camera as the seesaw tipped.  Balancing it with my weight so it was even on both sides, I reached under the southern side to get some images of the underside of the plank.  And then I lost my grip on the camera and dropped it.  My nerves and childhood fears suddenly resurfaced as the camera landed exactly underneath the board and then rolled a few inches until it was directly under the southside tip.  But that wasn’t my only concern.  I needed to get off the seesaw before I could retrieve the camera, and I was still on the pivot point and balancing both ends from the ground.

I leaned towards the northern end and used my body weight to push it down to the ground.  I didn’t take into consideration the delicate condition of the seesaw, and it cracked in half and fell to the ground.  I found myself sprawled out on top of the northern side plank.  Paralyzed with superstitious dread, I looked around at the southern end, and that side too was completely on the ground.  My camera was lying in the dirt right next to it, sprinkled with the remnants of the black rust. 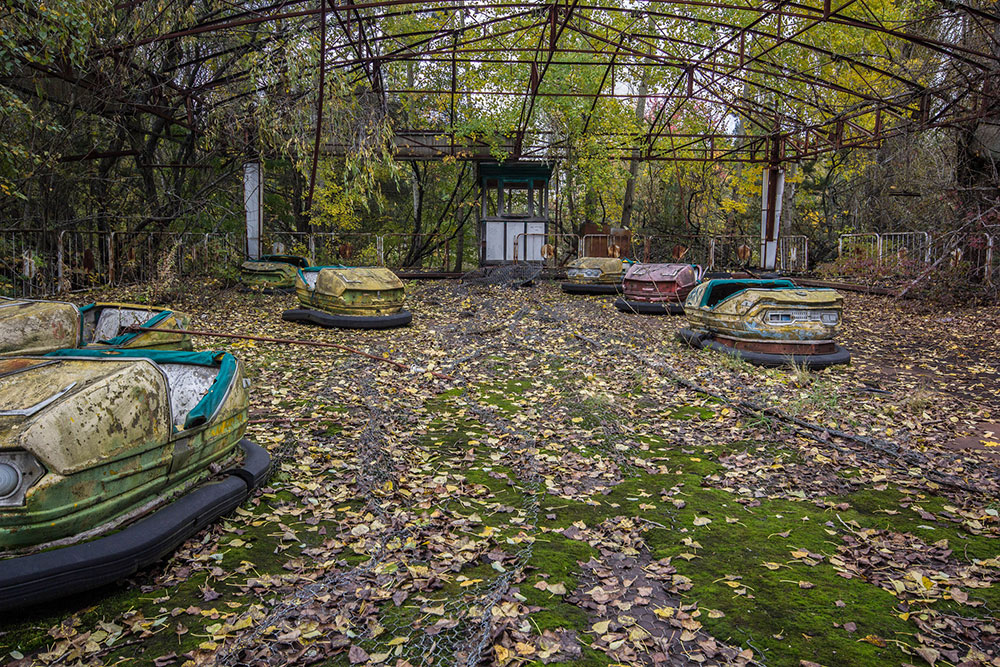 Did the falling wood push the camera out of the way as it fell, or did an invisible presence pull the camera out from underneath it?  Either way, not just the southern tip, but the entire southern side of the seesaw was on the ground.  It was a strange sensation to face such a fantastical situation in real life.  It wasn’t a book, or a song, or a movie.  It was really happening.  As I pondered this I noticed that there was absolutely nothing wrong with my surroundings.  I was still there.  The seesaw was b