Now Read This: A Cosmology of Monsters

Strange, broad in scope, and deeply Lovecraftian, Shaun Hamill’s “A Cosmology of Monsters” is an unusual fantasy tale with both horror and heart. 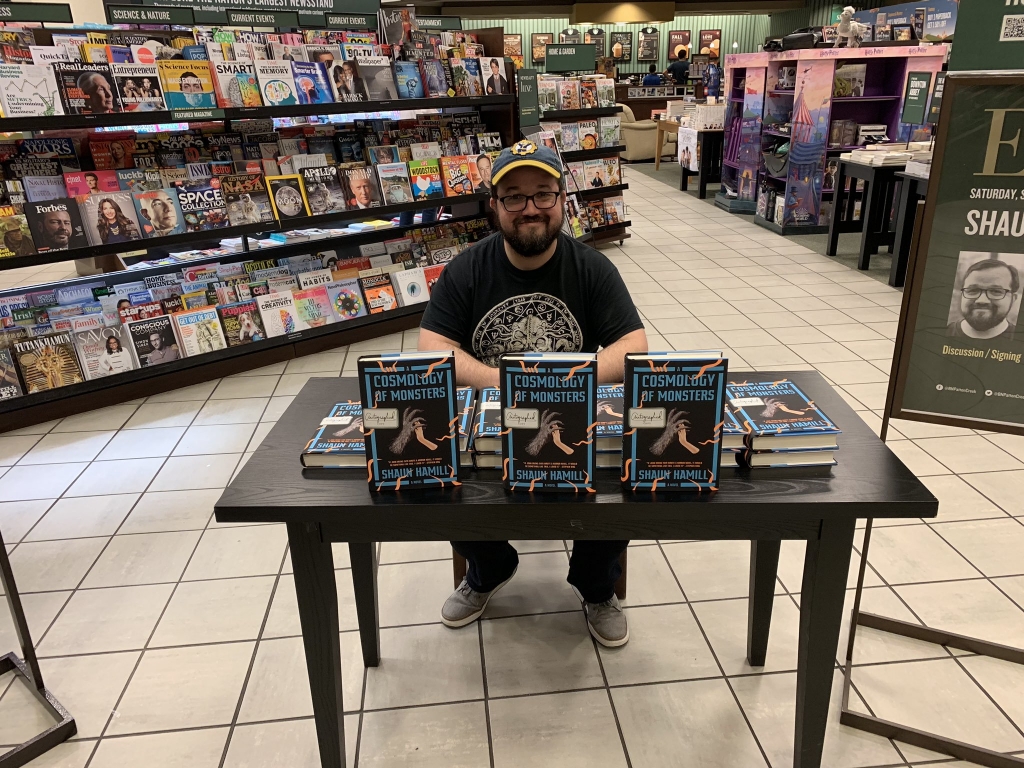 In many ways, Shaun Hamill’s A Cosmology of Monsters has everything that a horror fan could want: haunted attractions, countless allusions to horror cinema and literature, a mysterious creature whose intent may or may not be good, unexplained disappearances, and a family shaped by despair and bonded by love.

The family in question, the Turners, operate a popular haunted attraction and struggle to maintain a certain degree of sanity in their lives, all while confronting past tragedies and current conflicts within their immediate circle. The plot spans three generations of characters and the author balances this time frame well; the writing and overall narrative structure never get confusing or bogged down with unnecessary detail.

At the same time, Hamill takes a few risks early on in the plot (a major character dies, and a bizarre sexual relationship develops between two other characters that takes the book out of the horror realm and into an almost fairy-tale-like fantasy), and these risks might not appeal to those who were hooked by the promising chills of the exposition. 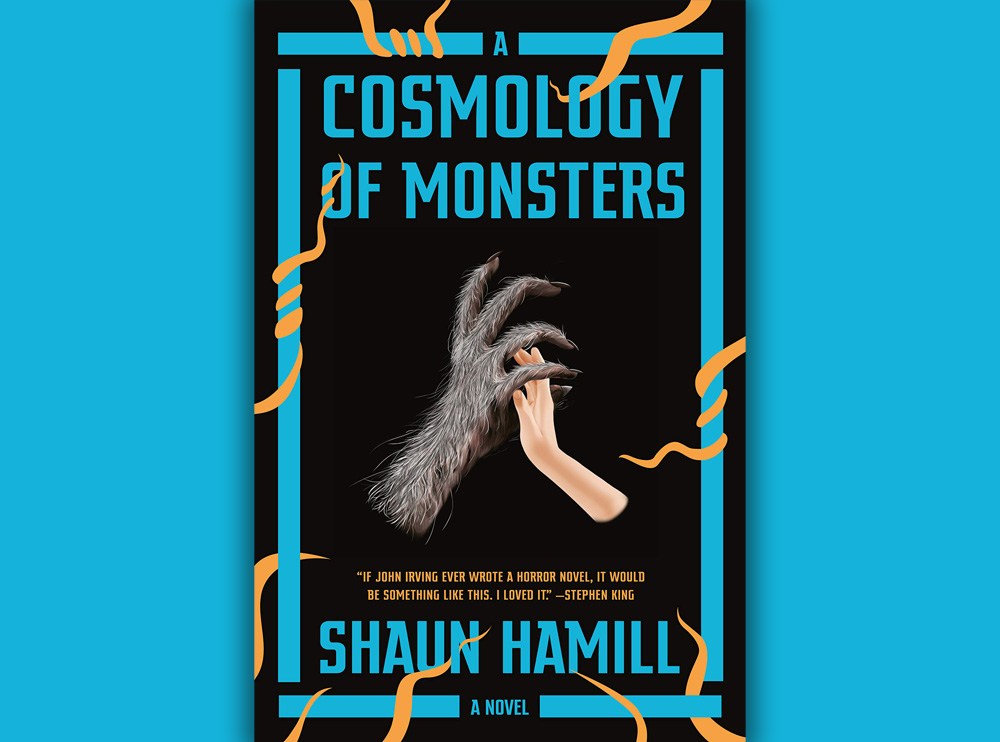 Ultimately, A Cosmology of Monsters centers on Noah, the teenage protagonist whose father believed in monsters that Noah will soon learn are all too real.

As the haunted attraction angle of the story begins to fall by the wayside, the relationship between Noah and a flying creature who becomes his “friend” takes center stage in the novel. Horror gives way to fantasy as Noah himself learns how to fly and how to transport himself at seemingly lightning speed from one location to another. Other strange bits and pieces factor into the plot, including the reason behind Noah’s father’s strange behavior, the disappearance of someone very close to the Turner family, and a group of young adults who have devoted themselves to solving certain mysteries within the story.

All of the characters are likable and realistically depicted, but this is without question a story of Noah’s journey, and how much readers buy into his friendship with a Lovecraftian monster will determine whether or not they will fully enjoy the book. At a few points, the plot seems stretched beyond our suspension of disbelief; events unravel without much explanation except that in this fantasy world anything can happen.

Still, I was hooked until the very end, eager to find out what would eventually become of The Wandering Dark (the name of the Turner family’s haunted attraction), Noah’s troubled relationship with a foreign entity and with his own family members and loved ones, and the ways in which the disappearances of other characters would eventually be resolved.

Fortunately, A Cosmology of Monsters shies away from ambiguity and gives readers the answers they desire by the time they reach the painful but uplifting resolution. 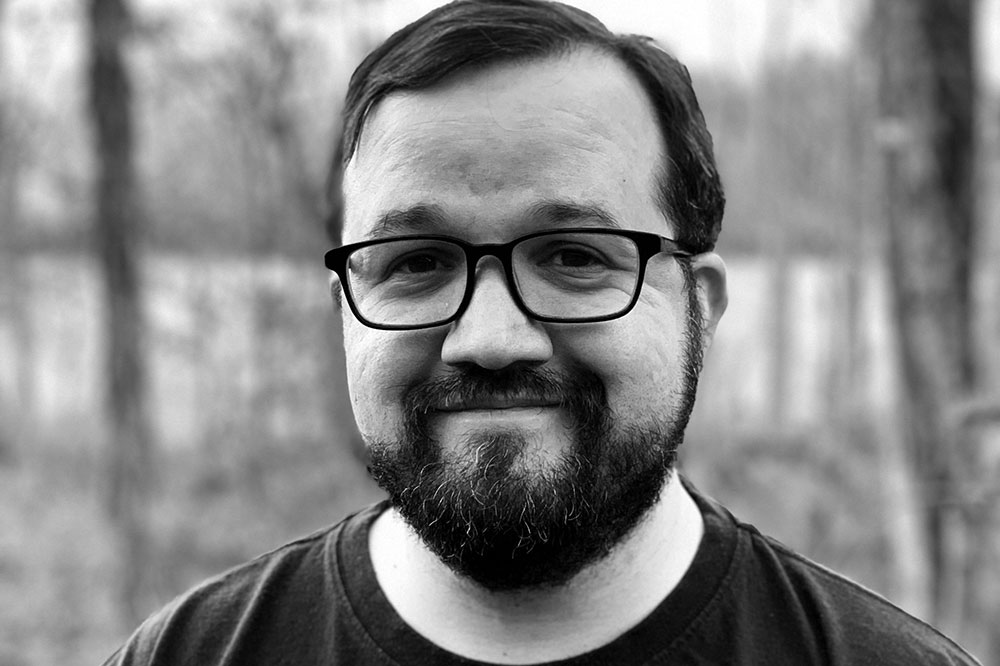 Shaun Hamill’s debut novel is a brave one: it tackles several mature themes (including suicide and aberrant sexuality), and it is not afraid to maintain a consistently somber tone throughout its length.

While I longed for more of the humor and playfulness that marks the start of the book, I was impressed by the author’s willingness to fully commit to this strange, inexplicable, and melancholy world. Noah is a fairly humorless protagonist, and yet the tone seems appropriate for a teenager dealing with death, love, fear, heartbreak, and terror all at the same time.

While never scary and not particularly gory or violent, A Cosmology of Monsters creeps under the reader’s skin with the author’s ability to craft jarring and bizarre imagery, and characters who find themselves in surreal and frightening situations.

The Lovecraftian elements of the story (the monsters, the imagery of strange and enormous architecture, the dream-like quality of some of the scenes) all play a critical role in the story, so fans of short stories like “The Tomb” and “The Dreams in the Witch House” will find much to appreciate here.

A well-written and thought-provoking novel, Shaun Hamill’s A Cosmology of Monsters will chill the bone and touch the heart in equal measure, making it the perfect post-Halloween read.