In this Women in Horror Month edition of MTB, we spotlight respected author and cryptid expert Linda S. Godfrey and her book “Monsters Among Us”. 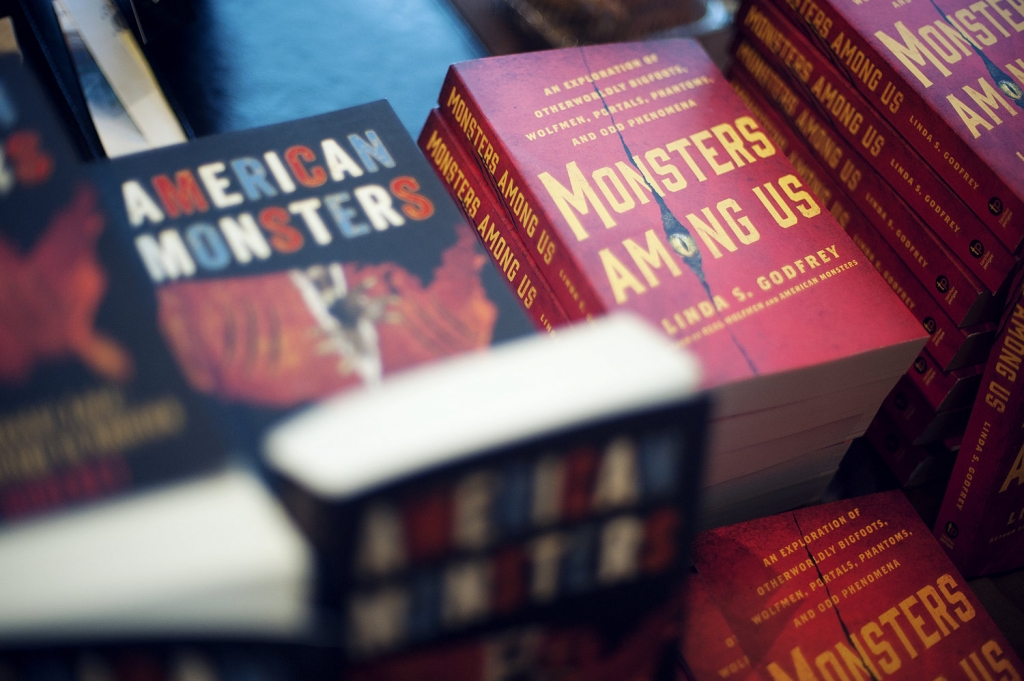 In this special Women In Horror Month edition of Monster’s Toy Box, we’re going to take a look at some rather strange and unusual stories concealed within the highly entertaining book titled Monsters Among Us. The book is a compilation of paranormal reports accumulated over a number of years, by author and cryptid expert, the one and only godmother of werewolves, Linda S. Godfrey.

Have you ever witnessed something you couldn’t explain? Maybe you noticed a dark figure zoom past you in the middle of the night? Or maybe you saw something beyond description out of the corner of your eye? Or maybe, just maybe, you felt an evil presence staring at you from the foot of your bed?

In this book, you’ll read real life reports of the strange and paranormal that will leave you questioning everything you were once taught to believe. Dive headfirst into a supernatural world full of mysticism and the occult that defies any and all standards of logic. One of the utmost respected and accomplished authors on modern day monsters, Linda S. Godfrey takes you on a journey into the hidden underworld of bigfoots, wolfmen and other weird phenomena. 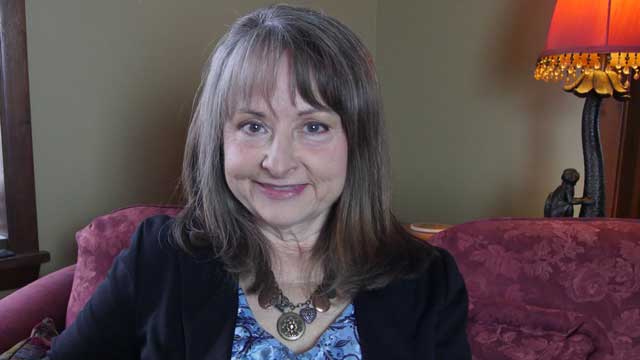 Linda S. Godfrey originally worked as a reporter for a newspaper called The Walworth County Week, based out of Delavan, Wisconsin. With a bit of luck, she broke the news story of The Beast of Bray Road, which skyrocketed her name into the limelight. She worked at the paper for around ten years before eventually severing her tenure and deciding to become a full time author. She won several national awards from the National Newspaper Association for her captivating featured articles. She famously coined the name, Beast of Bray Road.

With reports surfacing of a wolf like creature attacking bystanders in the late 80s and early 90s, Godfrey took it upon herself to write a series of articles on the subject, dubbing the creature “The Beast of Bray Road.” Since then, her articles on the beast have been converted into a book titled The Beast of Bray Road: Tailing Wisconsin’s Werewolf. Ever since she first broke the story, Godfrey has continued to receive around 1-3 reports a week, of creature and paranormal sightings.

Monsters Among Us is an absolutely phenomenal read and real eye opener in every aspect.

Godfrey touches on a myriad of cryptid reports, not just focusing on one subject, but a multitude of varying eyewitness accounts. And, although she’s a proficient storyteller, what really sets her apart from other cryptid authors is her sensible, fact-based reporting. She provides neutral, factual accounts with dates, descriptions, and just about anything else you could think of, void of any bias or emotion. As the old saying goes, “Just the facts, ma’am.”

Neatly concealed within the pages of her extraordinary book are some extremely shocking and disturbing eyewitness accounts of paranormal encounters dealing with bipedal dog like creatures. Read about a seven year old girl’s eerie encounter with a man who began to shape shift into a fur-covered ravaging beast, right in front of her eyes. Could it simply be the conjuring of a child’s vivid imagination? Or is there possible truth to the startling and unsettling story? 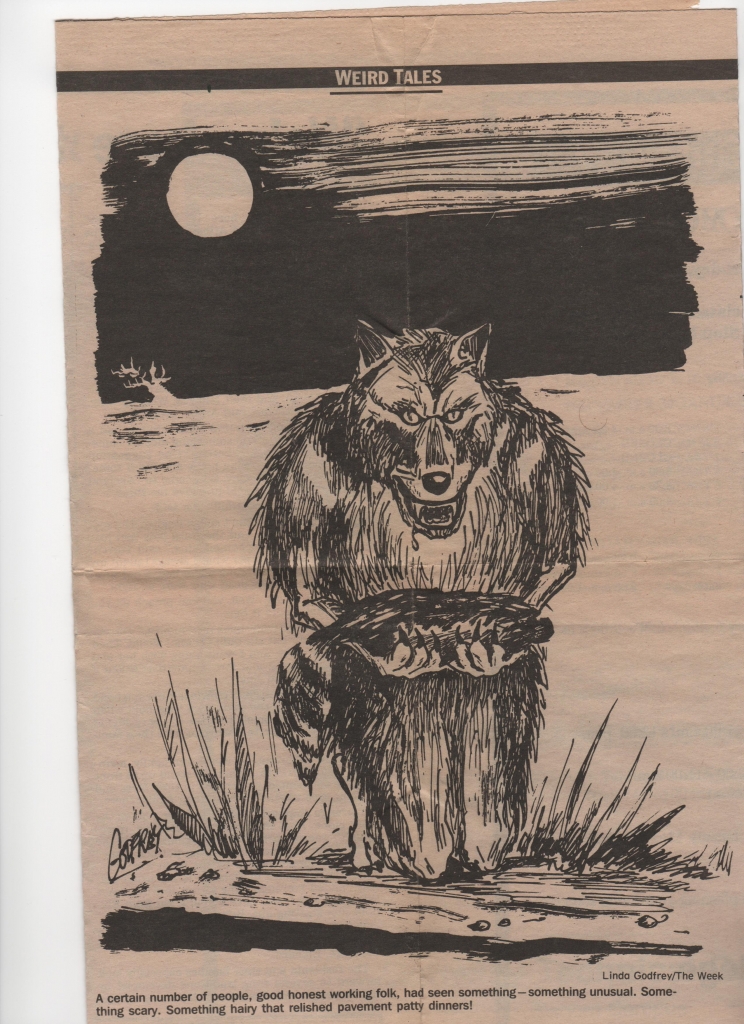 Also, read about an incident during a church service involving a woman who apparently changed into a wolf like creature at the drop of a hat, without any transformation taking place. The creature began to snarl and snap at the surrounding parishioners, before being ultimately subdued by the attending clergy. It’s a report you simply have to read to believe.

Godfrey talks about “Zones of Influence”, where everything seems to go silent when experiencing a strange encounter. No animals, insects or sound. How everything stops and the air becomes stagnant. Then all the sudden everything is normal once again, after encounter is over. She also discusses the tunnel systems, which reside under certain areas, making it possible for an underground race of dogmen and their families to exist out of the consciousness of society. She also talks about the weird mist that seems to accompany paranormal events and sightings. 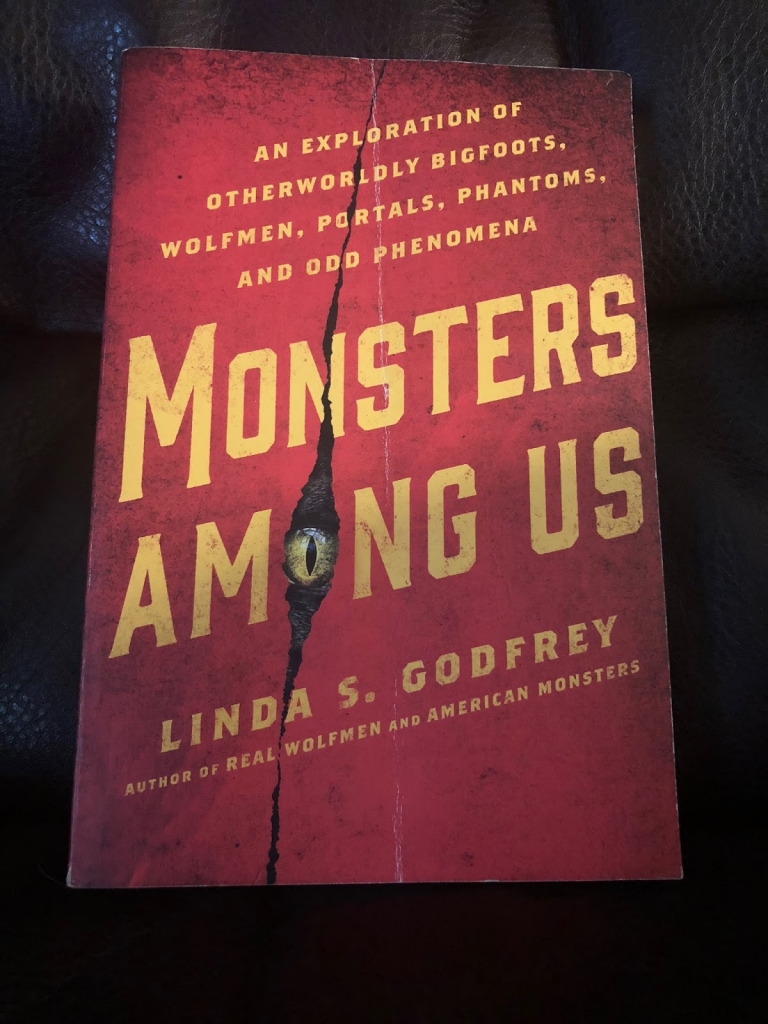 Being the go-to expert on all things dogmen makes Linda S. Godfrey a truly deserving Woman in Horror, unlike any other. The real horror is what exists outside — the things that we can’t see or detect, the things hiding in the darkness. And nobody is more familiar with them than Linda Godfrey.

Monsters Among Us makes your hair stand on end. It’s factual charged and downright scary. Godfrey’s unbiased and somewhat skeptical outlook has made her a trusted and accredited source within the field of cryptozoology. She’s arguably the most trustworthy authority when it comes to the subject of upright canids and dogmen. 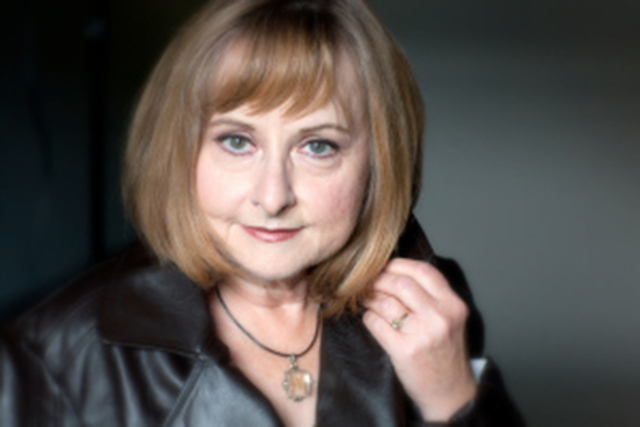 The eyewitness reports and accounts in this book, are absolutely stifling. There’s no better time than the present, to grab yourself a copy. If you love real life stories about strange cryptid sightings, this is a must have book. Once you pick it up, you won’t want to put it down. It’s enlightening and truly frightening.

She’s our resident den mother and will continue share reports, for as long as she receives them. She has been, and will remain, a champion for Women In Horror. We’re excited to see what she’s got in store.