Now Read This: My Favorite Thing is Monsters

“My Favorite Thing is Monsters” is one hell of a debut graphic novel from Emil Ferris, who understands what it means to be an outcast. 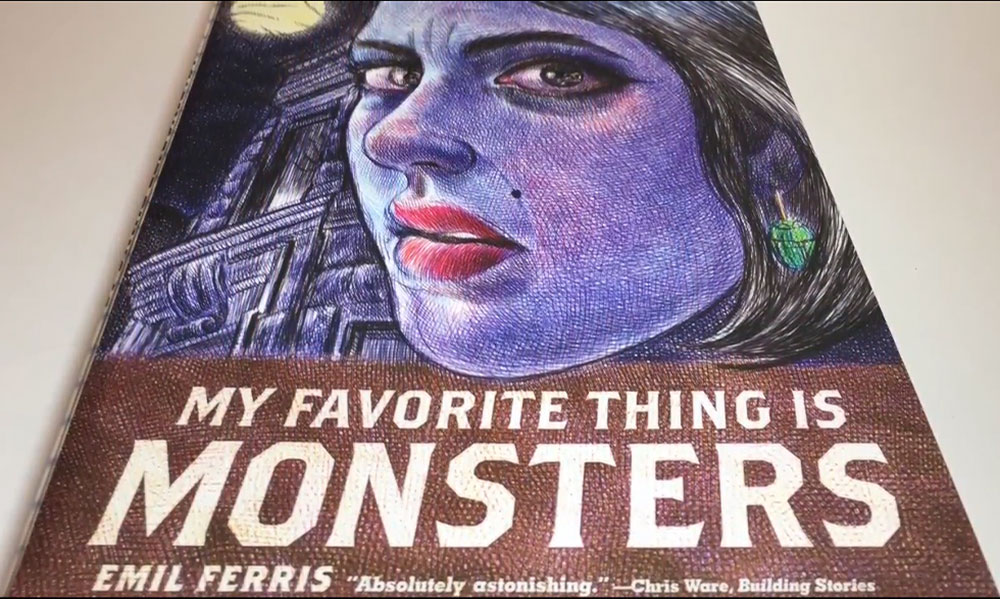 Written and illustrated by Emil Ferris, My Favorite Thing is Monsters follows a young girl, Karen, who is obsessed with, you guessed it, monsters. When a beloved tenant of Karen’s apartment complex is murdered, Karen takes it upon herself to find out who the killer is, even if it’s one of her family members.

The turbulent setting of the novel, 1960s Chicago, matches Ferris’ own childhood as she obsessed over old horror movies and monsters. Ferris attended The Art Institute of Chicago for writing and began her debut graphic novel as a means of recovery from West Nile virus, which left her paralyzed. 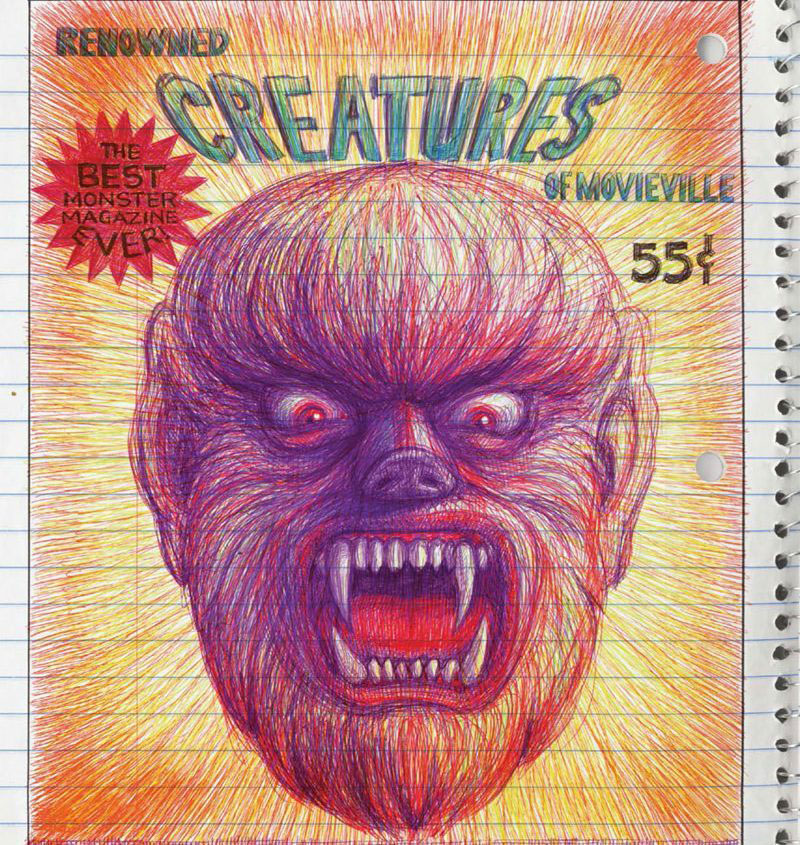 The novel is designed to look like a spiral-bound notebook, the same notebook that our protagonist, Karen, draws in the way someone would write in a journal. I love how Karen draws herself, as a girl halfway transformed into a werewolf; this is how Karen sees herself, not how the rest of the world sees her.

There’s a very poignant moment towards the end of the novel when Karen’s brother, Deeze, having seen her notebook, points out that Karen is a girl, not a monster. At this moment we see, just once, how Karen looks to the rest of the world. After that, Karen goes back to drawing herself the way she sees herself. 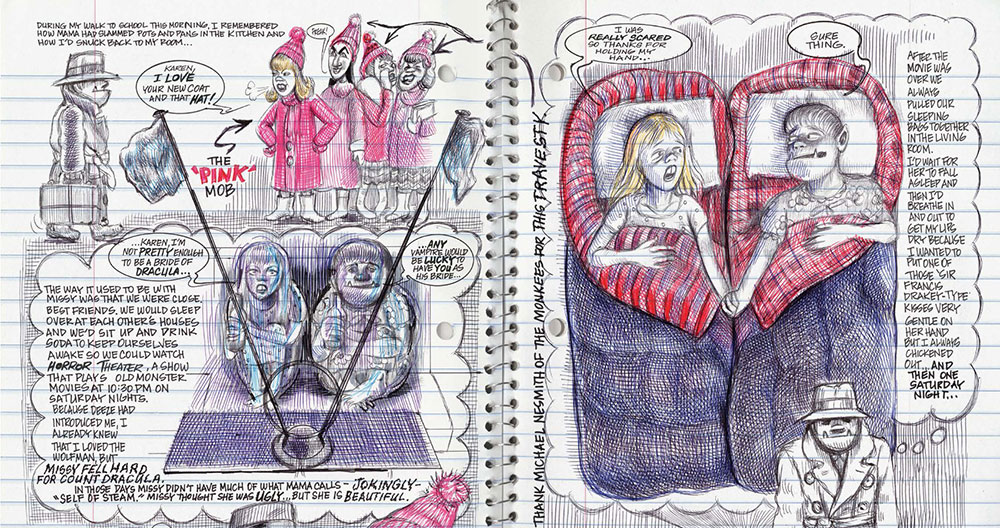 This moment shows an important line that Karen walks. On one hand, it’s important to be who and what you want to be, even if that is a monster. On the other hand, you shouldn’t let your view of yourself go too far to the point that you see yourself as a freak. Ferris captures this moment perfectly at this moment between brother and sister.

Karen, for a young girl, is incredibly sure of herself and who she is. Towards the end of the novel, in a confrontation with Deeze, Karen admits that she is like him; she likes girls. I found this to be an extremely powerful moment in a novel already full of powerful moments. The fact that the novel is set in the 1960s makes Karen’s admission dangerous, and Deeze warns her of this. What I really like about Karen as a character is that she is so sure of herself and confident in herself. 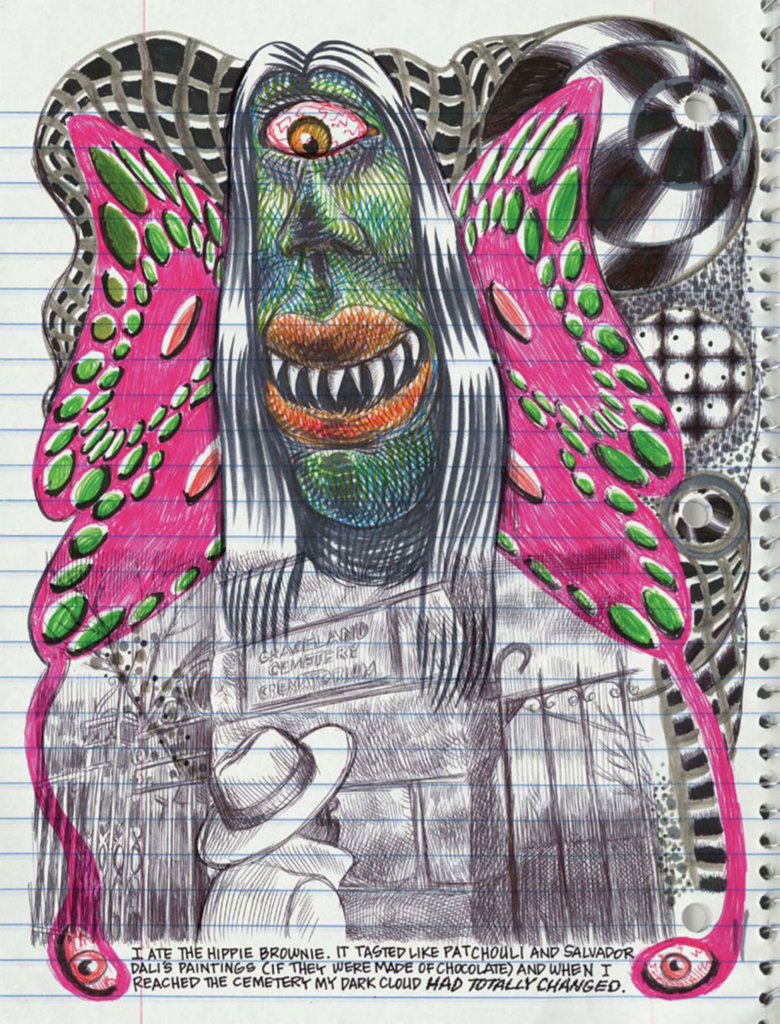 The story isn’t about how Karen learns to embrace her love of old horror movies, and her sexuality; she is already confident in this. Instead, the novel is about all the colorful, and sometimes dangerous, characters that Karen meets.

Ferris makes use of an art technique called cross-hatching, which involves drawing closely spaced parallel lines to create shading effects (according to the Internet). Now, as someone with no artistic talent or knowledge, I can only describe Ferris’ use of cross-hatching as such: Holyfuckingshit that is intricate!! How the hell did she do that?! More importantly, how the hell did she do 700 pages of this?? 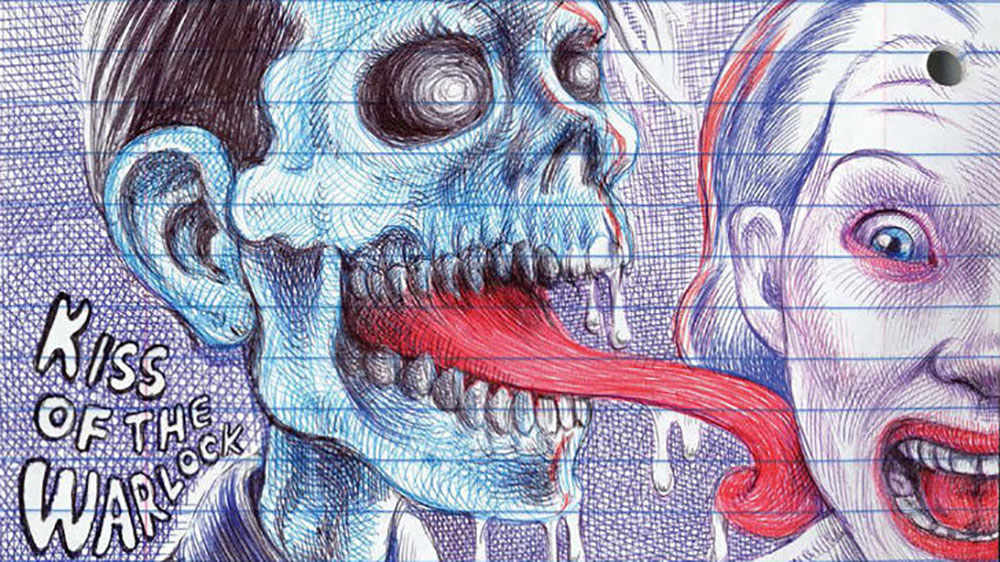 The novel also shies away from traditional blocks that house the action. Ferris draws on the pages freely and creatively; an unconventional style that matches the novel’s protagonist.

To anyone who has every felt misrepresented or different because you are not considered “normal,” you’ll love this graphic novel.

Karen cares little of what people think of her and she sees the world in her own unique way. As a bit of an outcast myself, it’s so easy to relate to Karen, and I think most people will find something about her to relate to. Ferris really knocked it out of the park with her debut graphic novel and I think it goes without saying that my favorite thing is My Favorite Thing is Monsters.