Bathory is known for her ruthless torture and blood ceremonies centuries ago, but what did she really do? How has her legend been portrayed on film? 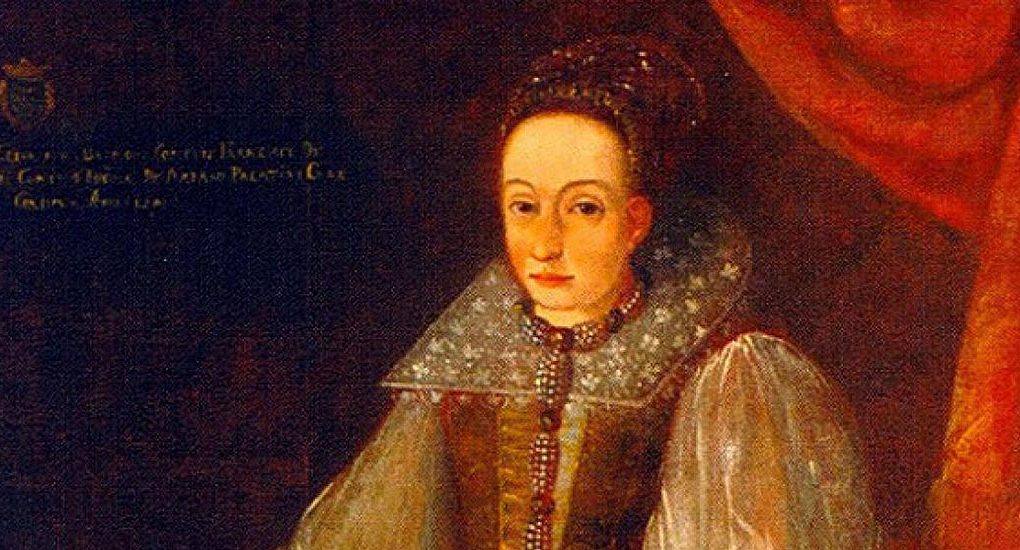 Countess Elizabeth Bathory is reputedly one of the world’s most prolific female serial killers. She was a Hungarian noblewoman who said to have murdered over six hundred young women, for torture and sexual pleasures, during the late 1500s and early 1600s.

It is said she selected young women from nearby villages to work for her as servants, and then she and her loyal servants would torture the young girls, for various bondage acts and sexual activities, and eventually kill the women. Bathory was rumored to have even bathed in young women’s blood to sustain her youthful appearance.

She was never convicted of any crimes, but her servants were convicted. Due to Bathory’s family’s wealth and political connections, she escaped prison but faced house arrest in a single room in her castle, which had no windows. Her only contact was through the small slit in the room’s door, where food and liquid passed into her room. She died four years later, while her convicted servants were all hung for their crimes soon after their conviction.

Many of her legends connect her to vampirism — the blood bathing and drinking — giving her the names, “The Blood Countess” or “Countess Dracula”. Although no evidence proves she ever drank or even bathed in young virginal blood from her victims, she is iconically pictured lounging in a bathtub filled with a young girl’s blood and covering her smooth and supple and youthful skin with these young victims’ blood, after torturing the poor girls to a brutal demise.

Her crimes were said to have begun after her husband’s death. When her husband died, she kept control of his estate, which was rare for a woman during those times. This allowed her to have an independence and confidence most woman couldn’t imagine at that time. She owned and controlled vast lands and wealth which, ironically, a few people could gain from with her imprisonment. 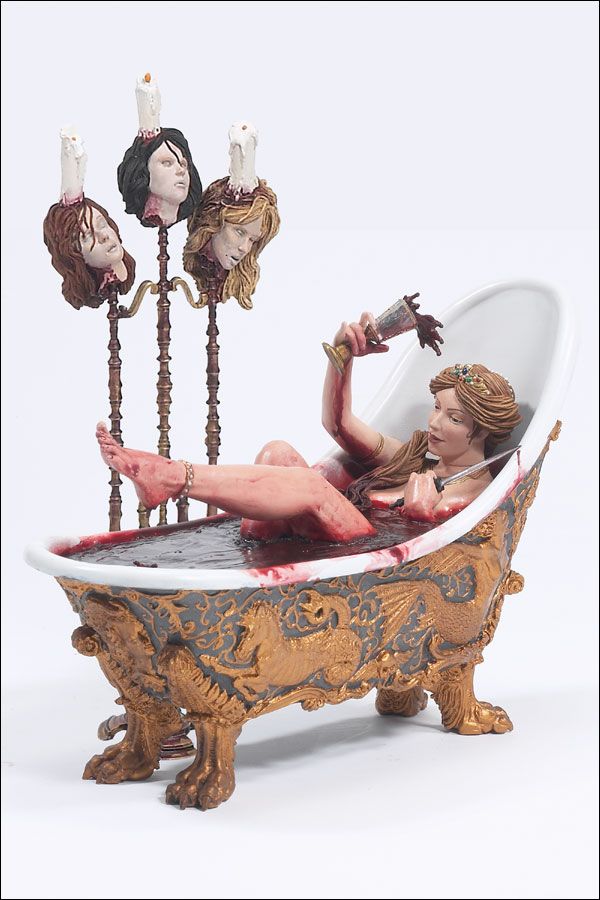 One of them was her accuser, Gyorgy Thurzo, who her dying husband had appointed as guardian of his estate. He investigated her case and did actually gain control of the property after her imprisonment.

Although she came from wealth, she lived a rather troubled life. But even with her sinister legend, they consider her somewhat a national hero in Hungary, similar to Romania’s Dracula, Vlad Tepes. If she was railroaded into a mass murder case, she paid the ultimate price with her death (she lived only 54 years).

However, her legacy and legend has endured in the horror genre with her mysterious aura of evil. 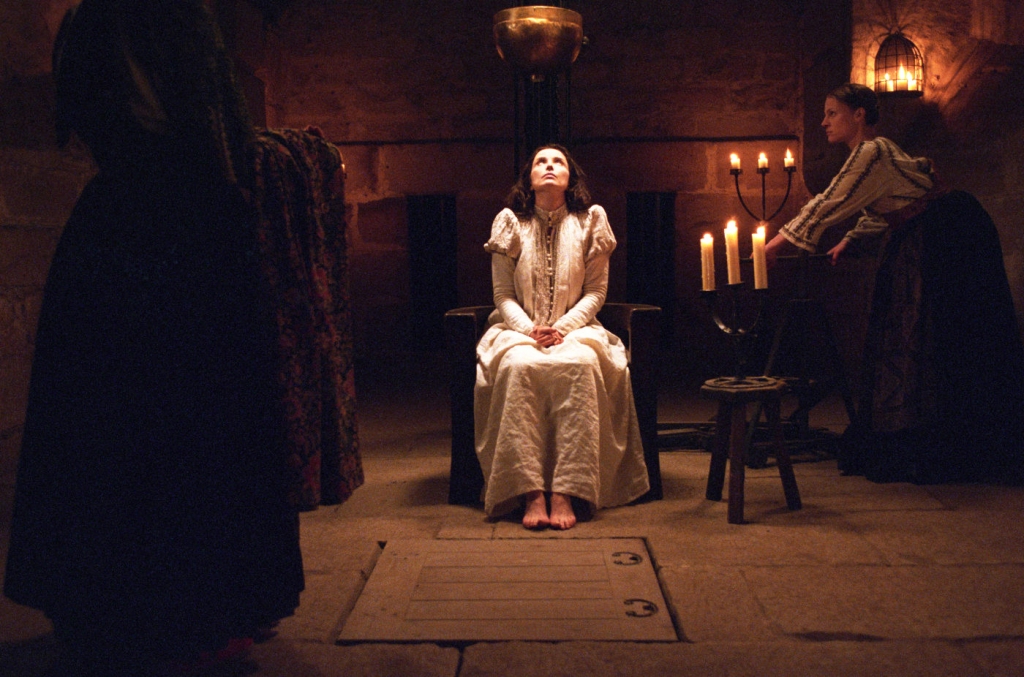 She has been portrayed in the past as a bloodthirsty fiend who lured young girls from poor families with fake job offers — girls who never again returned to their communities or families. Bathory is often depicted in the media as a disturbed serial killer who used blood as an elixer of youth — or as a traditional vampire who fed on the blood of her victims. Many older films concerning female vampires are based on her as a character. 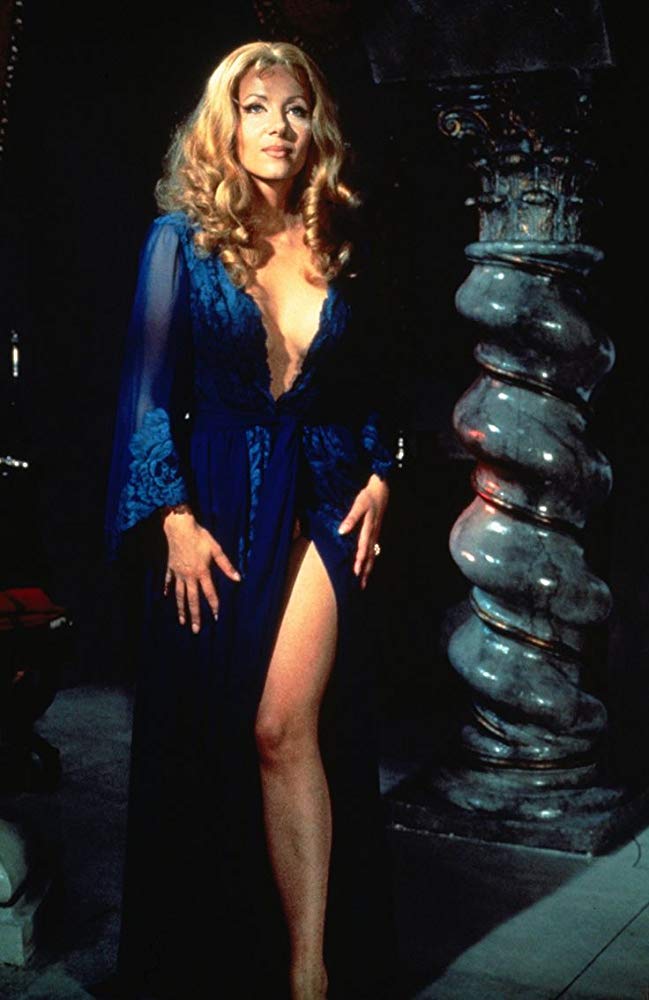 A more famous film is the 1971 Hammer film, Countess Dracula, where Hammer favorite Ingrid Pitt plays the actual Bathory during her time. In the movie, she has discovered the power of bathing in blood to keep herself young. She and a few loyal servants and a lover commit vast numbers of murders until the local people discover her actions.

Two more modern cinematic versions of the Countess Bathory legend include Julie Delpy’s 2009 docudrama, The Countess, which takes a more historical take on Bathory’s life — focusing on the gender biases of the time and the battle for power and wealth leading to her downfall.

The 2008 version, Bathory (also called Bathory: Countess of Blood), is a more gritty version, focusing on the more realistic truths concerning Bathory and the theory she was set up for crimes she didn’t commit. The film puts forth a theory, Bathory was drugged, with many of the murders the results from her hallucinations and fantasies.

Of course, the truth about Bathory’s acts will remain to be unproven or verified with 100% certainty. However, the idea of a female vampire and bloodthirsty tormentor remains a permanently ingrained image and character in our media landscape.

Even today, a woman lounging in a tub filled with blood continues to be an iconic horror genre image centuries after her death.