Bloody Sunday: Night of the Comet

Posted by:
Tags:  80s films Night of the Comet zombies

Take a chill pill, Dude, and check out the nostalgia-fueled “Night of the Comet”. Like, this 80s classic spin on the zombie film is totally tubular. 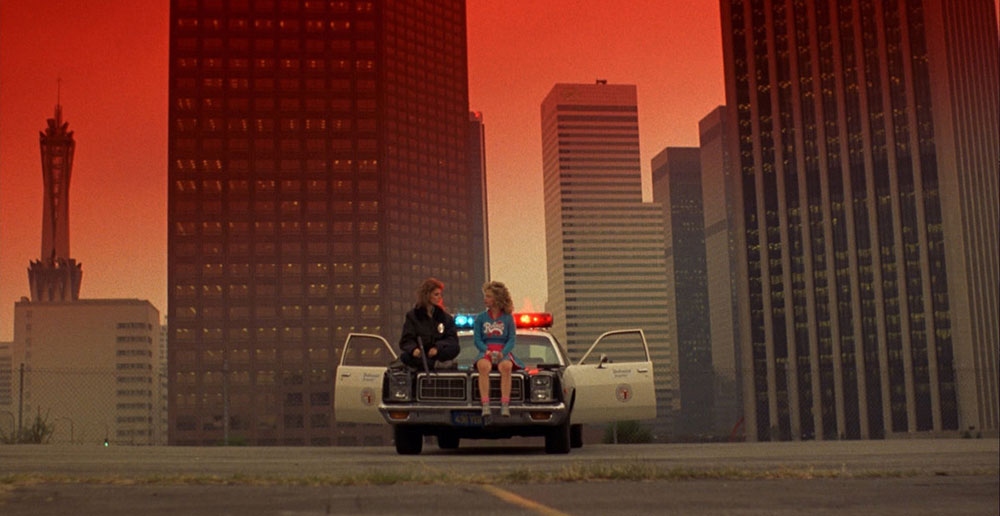 Some movies are timeless. Some movies seem dated and products of their era. Some movies are both — and they tend to be fun or compelling films that are also perfect glimpses into the decade they were created (think Saturday Night Fever or Scarface of The Breakfast Club).

Night of the Comet is one of these films.

The last time the Earth passed through the tail of a comet, it coincided with the extinction of the dinosaurs. Now it’s happening again, so the masses are, of course, gathered outside to watch. In the morning, all that are left are piles or clothes next to little mounds of red dust. 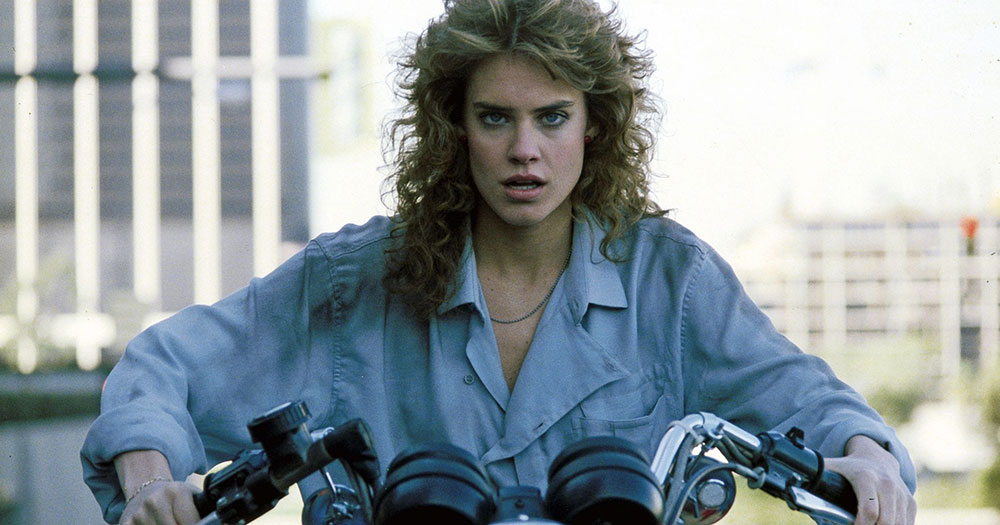 Reggie (Catherine Mary Stewart, The Last Starfighter) spent the night in a steel-encased projection booth at the theater where her boyfriend Larry (Michael Bowen, Kill Bill) works. The next morning outside the theater, Reggie and Larry run into a zombie. Reggie barely escapes and goes home to check on her sixteen-year-old sister Sam (Kelli Maroney, Chopping Mall) who, after a fight with her stepmom, spent the night in a steel-lined shed.

Trying to figure out what has happened in a pre-iPhone era, the sisters flip on the radio and hear a DJ on the radio. They head to the station, only to discover that it was a recording. Here they meet Hector (Robert Beltran, Star Trek: Voyager), another survivor. So what are two 80s girls supposed to do when faced with the apocalypse? Head to the mall, or course. 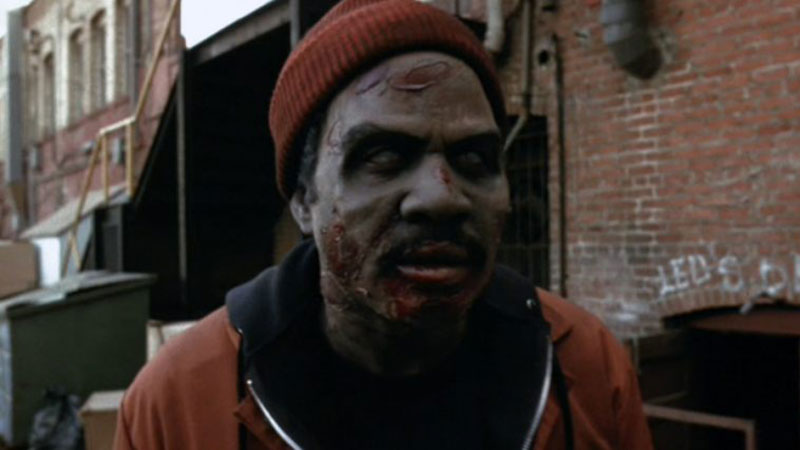 Zombies, crazed survivors, and some desperate scientists are among the baddies they have to face as they try to find their place in this new world.

Written and directed by Thom Eberhardt (Sole Survivor), he perfectly captures the 80s vibe with the style, the language, and the general attitude (and the big hair). This was the beginning of the “me generation” — and watching a zombie apocalypse among the rampant consumerism of the 80s just makes for great fun.

Despite being too old for their parts, Catherine Mary Stewart and Kelli Maroney are perfect as Reggie and Sam. Their sister relationship feels genuine and sincere as they fight over boys, have the ultimate shopping spree, and take on zombies. 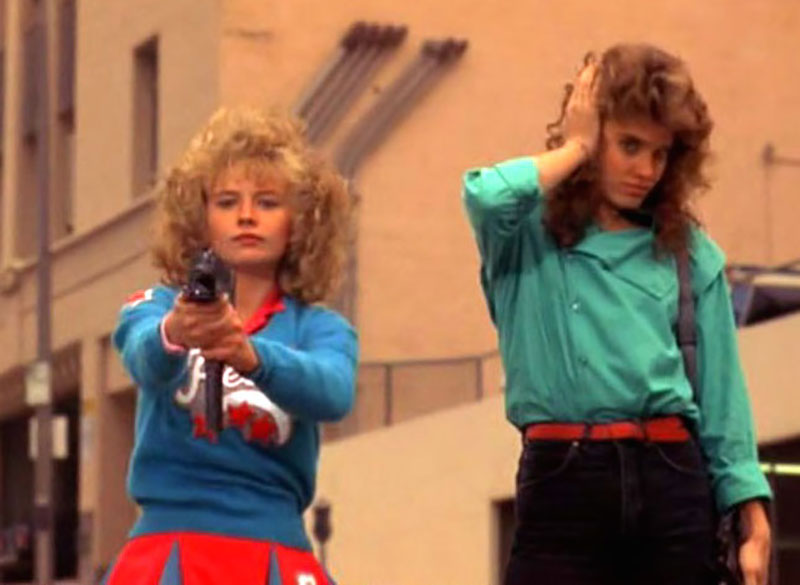 ‘Night of the Comet’ shouldn’t work. The premise is flimsy and doesn’t always follow the its own rules. There isn’t enough blood and gore to make it a scary movie. There really isn’t enough humor to make it a great comedy.  But work it does — mostly because of Stewart and Maroney, but also because Eberhardt does a great job utilizing his limited budget.

Some of the film was shot on Christmas day, so the downtown scenes would look deserted. He balances the brightness of the mall and our brightly-colored valley girls with a stark laboratory and darker tones for the scientists.

As a child of the late 70s and early 80s, Night of the Comet is the perfect nostalgia-fueled zombie film that ends up being more than just another guilty pleasure. It’s just a bitchin’ movie. So don’t be a dweeb and check it out.