Your Friend Till The End Is Back For Another Play Date!

Universal Pictures announced today that the 7th film in the “Chucky” franchise, entitled CULT OF CHUCKY, will begin filming this Monday  in Canada.

Here is the official synopsis directly from the studio:

“Confined to an asylum for the criminally insane for the past four years, Nica Pierce (Fiona Dourif) is erroneously convinced that she, not Chucky, murdered her entire family. But when her psychiatrist introduces a new therapeutic “tool” to facilitate his patients’ group sessions — an all-too-familiar “Good Guy” doll with an innocently smiling face — a string of grisly deaths begins to plague the asylum, and Nica starts to wonder if maybe she isn’t crazy after all. Andy Barclay (Alex Vincent), Chucky’s now-grown-up nemesis from the original Child’s Play, races to Nica’s aid. But to save her he’ll have to get past Tiffany (Oscar-nominee Jennifer Tilly), Chucky’s long-ago bride, who will do anything, no matter how deadly or depraved, to help her beloved devil doll.” 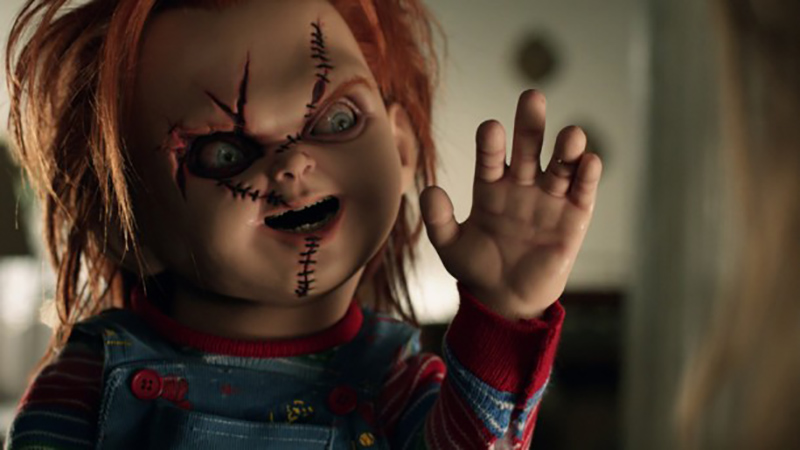 The film is set to be released in time for Halloween on Blu-Ray, DVD  and Digital HD. As noted in the synopsis, a lot of Child’s Play alumn are returning to the franchise, including the one and only Brad Dourif as the voice of Chucky. Don Mancini is also set to return as writer and director on Cult of Chucky. Mancini created the character of Chucky and has written all the films in the Child’s Play series. He was also the executive producer of Bride of Chucky, and he directed Seed of Chucky as well as the latest installment in the franchise, Curse of Chucky.

Fans of the series have been eagerly anticipating any news on a follow-up film to the excellent Curse of Chucky, and now they have a”little” something else to look forward to this Halloween. Check the official announcement below.