A typical eighties slasher that is heavy on forcible violation tries to set itself apart with eccentric performer Tiny Tim as a clown. 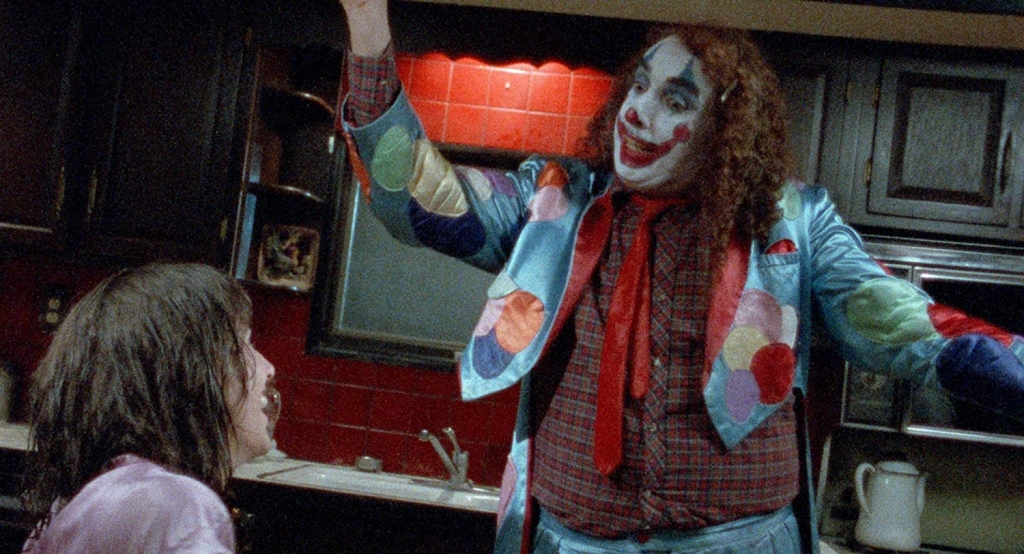 A girl returns home from college to find her parents missing and is subject to harassment from the locals thanks to her father’s role in bank foreclosures. Let’s dig into 1987’s “Blood Harvest”, directed by Bill Rebane!

This is one of the best horror titles of the nineteen eighties.

It’s a great example of the diversity within this genre. You can have a movie that is unwatchable but with a beautiful work of art on its cover which feigns a redeemable quality for the entire project. You can have a killer film with a shitty title and artwork. Or you can have a mediocre film with the best title imaginable and nothing more than a set photo with some ghoul lighting for the cover art — like you do here.

If the reports are to be believed, they filmed the entire production in one day and night. That is unbelievable and miraculous if true.

Prolific schlock producer/director Bill Rebane either moved mountains or didn’t care to do more than one take for each scene. I don’t see how you could fit all of this into one day. 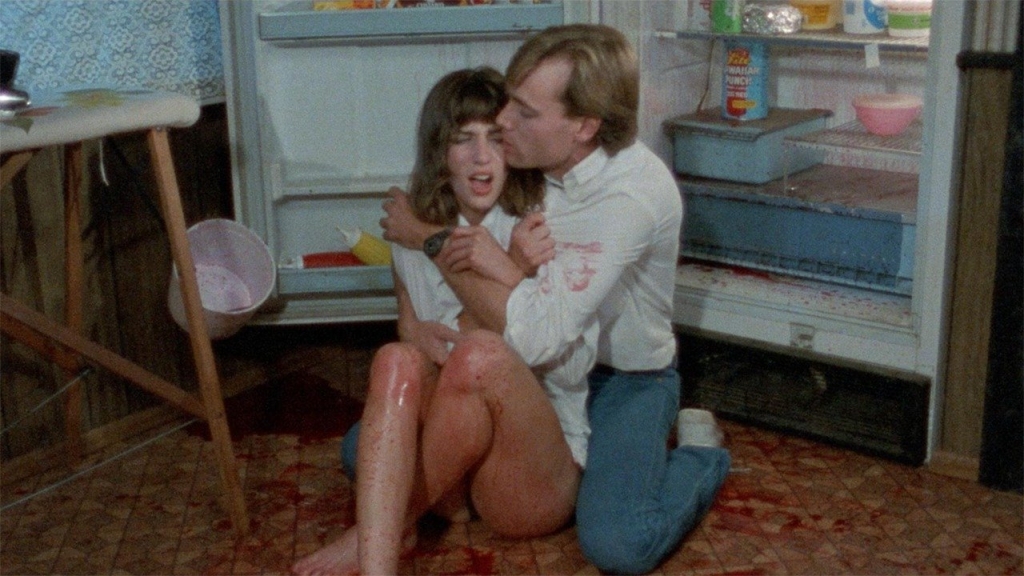 The misdirection of the creepy clown makeup is not enough to steer you away from who the killer really is from early on.

80s sex scenes were so awkward and inorganic. Gary steps into the camera with his tiny little tush featured center screen as the jack and jill nursery rhyme plays in midi tone and then kisses Jill’s nipples as she is unconscious.

I’m not a prude but that shit is weird to watch.

All said, it is a middling late slasher that is hardly unique save for Tiny Tim and now the mystery that is Itonia and what happened to her.

Showing the generation I come from, I remember Tiny Tim most from the Howard Stern show. His eccentric behavior and outdated act were a perfect addition to the stable of regulars on Stern’s E show. The falsetto legend was timid and bumbling when not singing and strumming his ukulele. 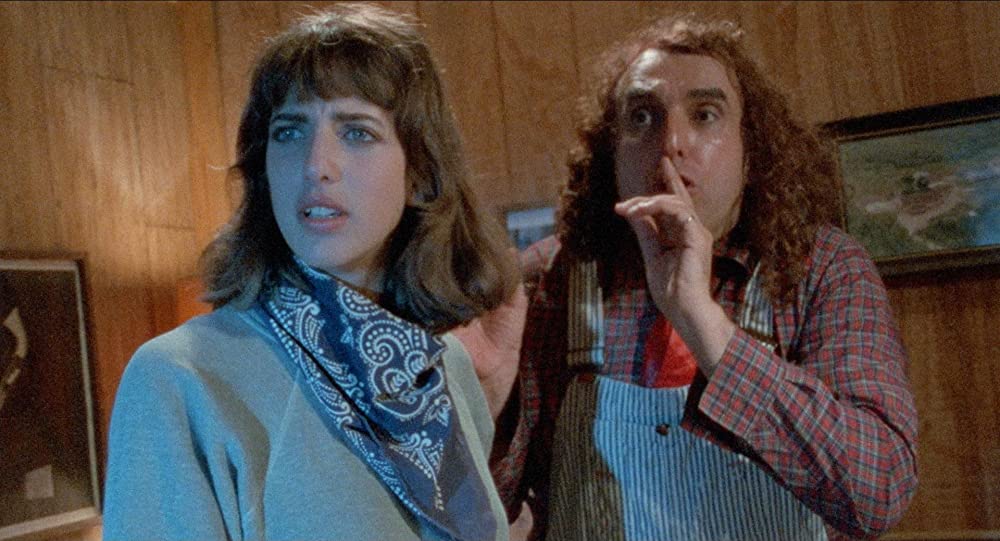 If one is to believe a posthumous tell-all book written by one-time Tiny Tim manager Stephen Plym (I don’t count myself a believer) then some of the sexual scenes become too much of a parallel to the stories Plym concocts.

Regardless of that fairy tale, watching a girl get chloroformed while she’s asleep, stripped, and photographed doesn’t need any other context to feel wrong.

Itonia Salchek, also credited as Cari Salochek, acted in this one film and then disappeared off the face of the planet. At least in the public eye. No internet search can garnish information on the green yet beautiful actor.

Vinegar Syndrome put out a Blu-Ray in 2018 which features the creepy clown makeup on Tim, as well as some Tiny Tim extras including a Niagara Falls appearance in 1983 and an essay from his biographer Justin Martell. You can also stream on Tubi, Arrow, and Night Fright Plus.