“The Outing” is slow to start and never fully delivers, but it has an odd charm that seemed to coat many of the most endearingly cheesy 80’s horror films. 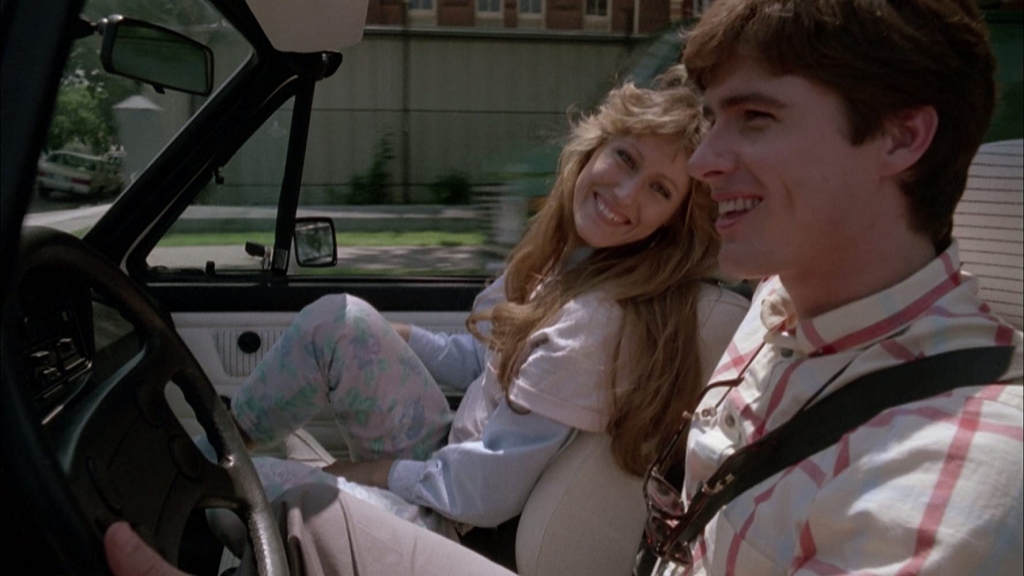 An ancient lamp has found its way to the museum that Alex’s archaeologist father runs in Texas. A mischievous night spent in the museum summons the evil Genie, granting Alex wishes she’s not ready to handle and her friends are unequipped to survive. Let’s dig into 1987’s The Outing aka The Lamp.

Released as The Lamp in UK cinemas just months before seeing a US release under the title The Outing, the film begins with some obvious foreshadowing in the form of flames, before we find ourselves in almost total darkness as the origin of the lamp is tracked from an 1893 ship landing in Galveston, Texas. The entire sequence is almost impossible to see. You’ll have to guess as to what’s going on here, although some carnage can be spotted. Since this whole background is dealt with in exposition later, they really could have saved whatever money was spent filming it and reallocate towards a bigger effects budget.

We end up in present day following some depraved thieves who plan on robbing a rich old lady, the daughter of the person responsible for bringing the Lamp over from Iraq. Discovering the lamp hidden within the walls, the thieves unwittingly release a specter menace who kills all involved.

With the lamp now freed from ownership, it ends up at a museum. Here is where we finally meet Alex and her father Dr. Wallace (played by James Huston). After some typical 80s fare — including fighting with parents, being harassed by an ex-boyfriend, and riding around in a convertible — we end up at Alex’s school, where Ms. Ferrell (Played by Deborah Winters) gives us the exposition we need to make the opening scenes obsolete and redundant.

It takes way too much time to get us into the thick of things, where Alex and her friends sneak into the museum for an unauthorized sleepover. When things finally feel like they’re just getting going, you realize you’re 55 minutes in and there’s only a half hour left. 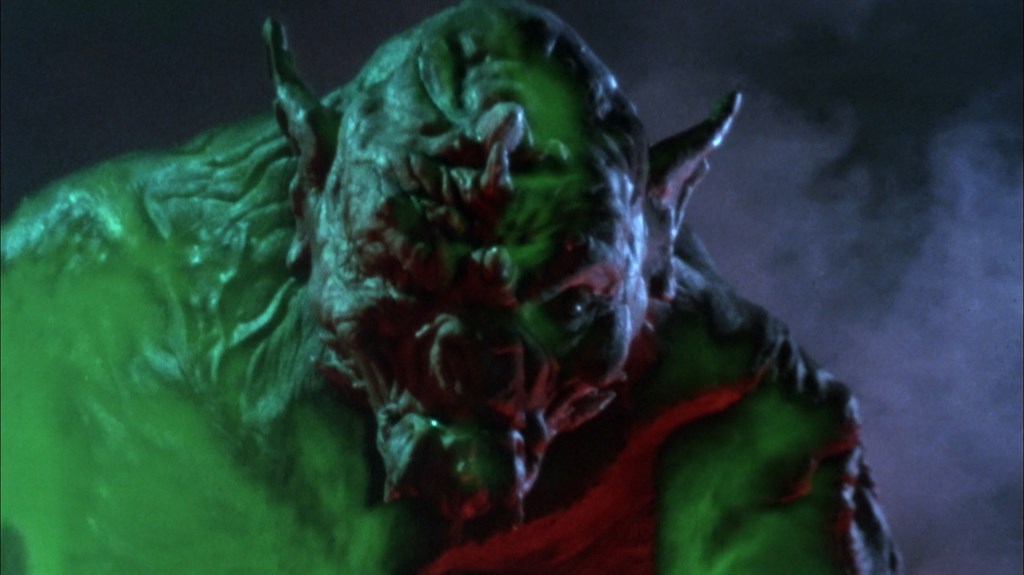 The kills scenes are lackluster and don’t even qualify as cheesy. Once we finally see the Genie, or Jinn as they call it, it’s just a superimposed miniature that resembles a horned version of the Minion in The Gate. Even the ending missed a great opportunity to re-bottle the Genie and save it for some future slaughter. The whole thing rubs me the wrong way. However, even with all that criticism, I can’t help but feel some endearment towards this film, and the scenes with the kids in the museum are utterly watchable.

The only recognizable face may be Deborah Winters as Ms. Ferrell, the teacher-slash-romantic interest of Alex’s father. She appeared in the cult film Blue Sunshine (1978), as “Alicia”

This is the least excusable example I’ve had to include in this section thus far. The physically abusive ex-boyfriend apparently wasn’t “evil” enough, and the filmmakers felt the need to sprinkle in some flagrant racism (as well as a later rape scene). The writing of this scene is irresponsible. There are plenty of ways to make you hate a character without spitting this out. Just a few seconds earlier, for example, he manhandled Alex. We already hated him, no need for more. The silver lining is the response from the Principal: “Do you want to know the meaning of Black Power!?” 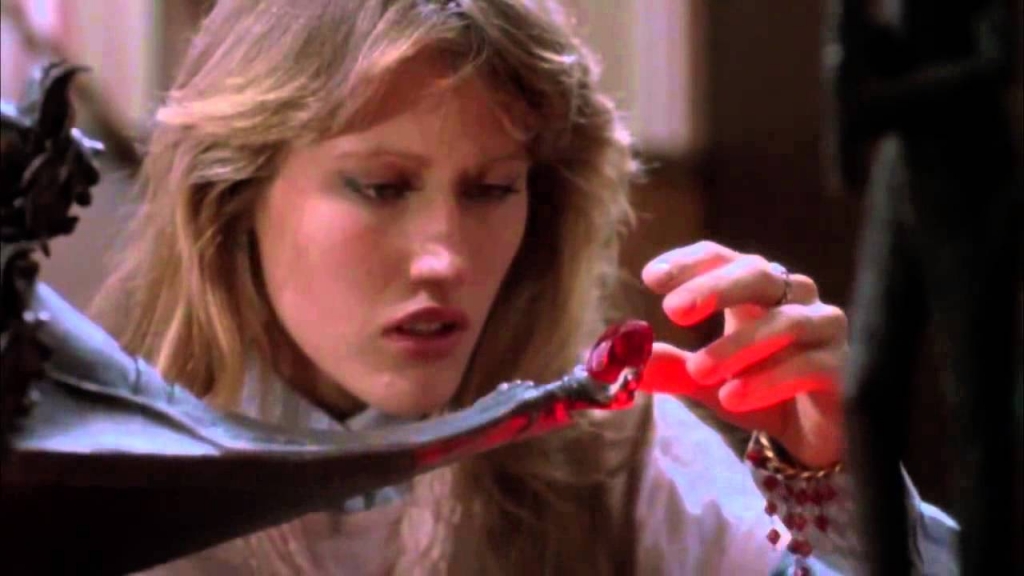 Andra St. Ivanyi, who stars as Alex, has that “I’m going to be more beautiful than you can imagine” look. According to her CV, she’s only made this single foray into acting, but she has gone on to author a novel. Her Amazon Author’s page proves the theory: she did indeed blossom.

Not sure anyone is going to come knocking for an Evil Genie story. Feels better suited for a kid’s movie, along the lines of an episode of the Goosebumps TV series.

No progeny was rubbed from this lamp; the filmmakers obviously didn’t see franchise potential here.

The Outing is available as a Double Feature Blu-ray with The Godsend (1980) from Shout Factory, as well as an “All Night Horror Marathon Edition” DVD with The Vagrant (1992) and What’s the Matter with Helen? (1971). You can also watch a ripped-from-VHS copy of the film on YouTube. For more coverage of The Outing from Morbidly Beautiful click here.