A true art film, “Born of Fire” is rife with symbolism and opulent visuals in the vein of Jodorowsky, by way of Turkey and Pakistan. 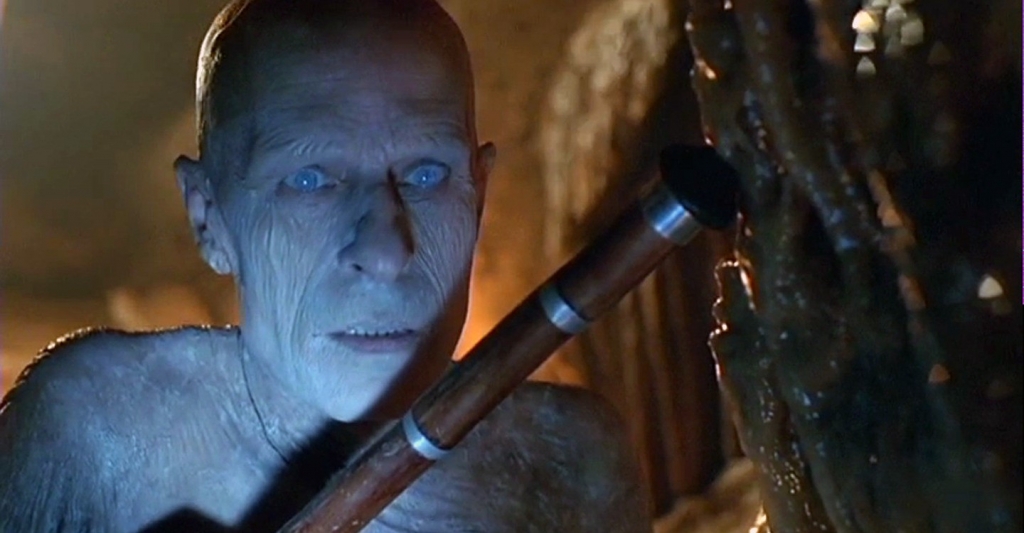 A flutist seeks out the Master Musician to learn more about the tragic fate of his Father in the hills of Turkey. Let’s dig into 1987’s “Born of Fire”, directed by Jamil Dehlavi!

A story birthed of the tales of his juvenescence, Jamil Dehlavi brings a Muslim horror story rich in symbolism and striking visuals. I am not versed by any means in the stories from the Qu’ran, though with my amateur analysis of the material I can postulate the metaphors and implications.

The story must be considered unique, a flutist in search of a Master Musician who had a hand in his Father’s untimely demise. I can’t think of many Islamic horror films, beyond A Girl Walks Home Alone At Night. So, at the very least, originality is an earned honor.

This is the type of film you can not watch once and fully ingest its every nook and cranny. But it does present a major fault in utilizing the catalyst to initiate our mission. It’s clumsy and inorganic, as The Woman lays naked in the bathtub and tells Paul he must seek out the Master Musician to seek the truth about his Father. We learn later the relevance of her providing that information, but it makes little sense at the time and could have been served by a clever method of drawing Paul to the hills of Turkey. 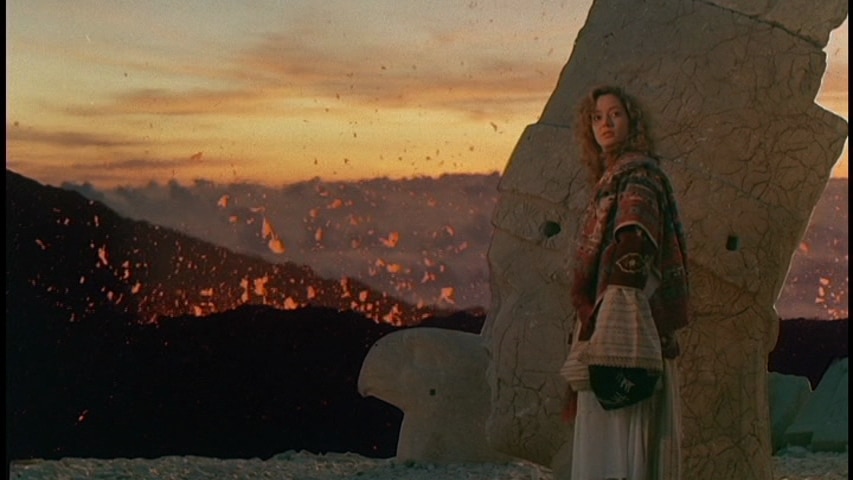 Once we arrive in Turkey, the scenery takes over.

The stone-capped peaks resemble witchy fingers jutting from the earth. The natural salt bath platforms cascade down the mountainside. The juxtaposition of climates, from an arid landscape to lush waterfalls surrounded by greenery and descending into a vast cave system, all lend to the mystifying journey.

Creepy imagery abounds from the woman in the burka with burned and peeling arms to the Master with his glowing eyes that throw fire like a flamethrower, and constant swinging dongle. Paul is guided by Bilal who tells him he must “…Follow your flute,” words never before or after spoken — except perhaps relating to The Pied Piper or Jethro Tull.

Nabil Shaban (The Silent One) turns in a lachrymose performance worthy of institutional accolades, and proves the character’s worth to the story, as we come full circle from the opening solar eclipse by a floating skull. A flute duel, with the most badass flute ever constructed that shoots flames from its foot, ends in vanquishing the Master and avenging the murder of Paul’s father. The Woman, who duly serves as Paul’s step-mother, births a cocoon that hatches a large moth-like creature, before she dies and is returned to the thermal pool.

I’d be lying if I said I could figure it all out upon one viewing, but the ending plays out with scripture displayed on the screen in succession. 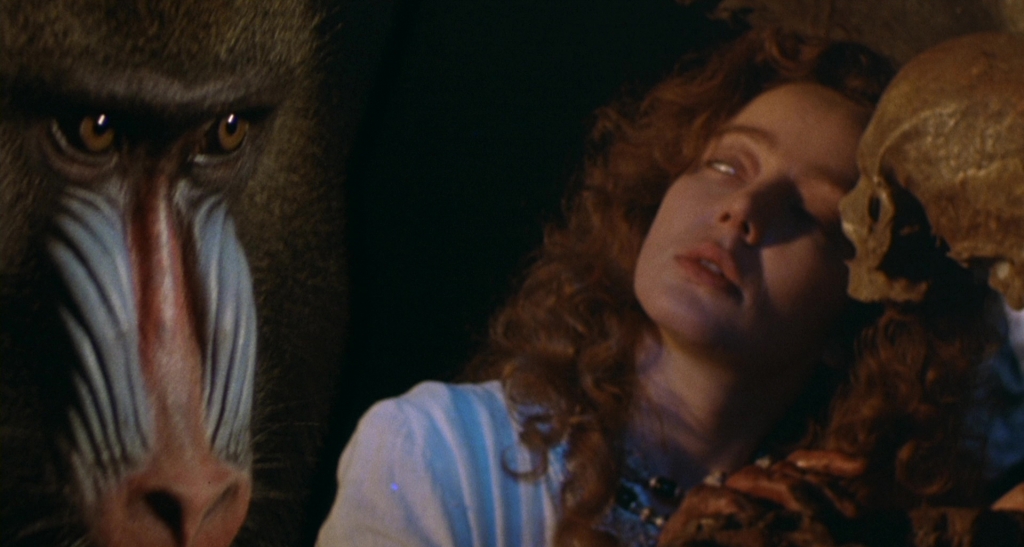 Noting the differences between Man and Jinn (Demon) I can best infer the story is similar to that of Loki of Norse mythology. At least the Marvel presentation of it. A Demon/Jinn is neither Man nor God. Not a fallen angel, nor a wayward spirit, but something of separate creation. It is capable of both good and evil and therefore has ultimate choice. Just like Paul seeking out The Master, he can be consumed by the secrets of the music or he can break the cycle and return to the world of Man.

That’s my take. I’m intrigued to give it another go.

Peter Firth (Paul) a proficient stage actor, was reportedly considered for the role of Luke Skywalker (how different his life would have been) and was featured in Tobe Hooper’s Lifeforce (1985) from a script by Dan O’Bannon (Alien, Return of the Living Dead).

Suzanne Crowley (The Woman) is recognizable from her terrifying performance in the underwhelming story of exorcism, The Devil Inside (2012).

Nabil Shaban (The Silent One) a Jordanian-British actor born with Brittle Bone disease (Osteogenesis Imperfecta) was featured in Alfuanso Cuaron’s renowned film Children of Men (2006). He also started Graeae, a theater company dedicated to advancing the careers and skills of disabled actors; a virtuous and praiseworthy endeavor that has been in existence since 1980. 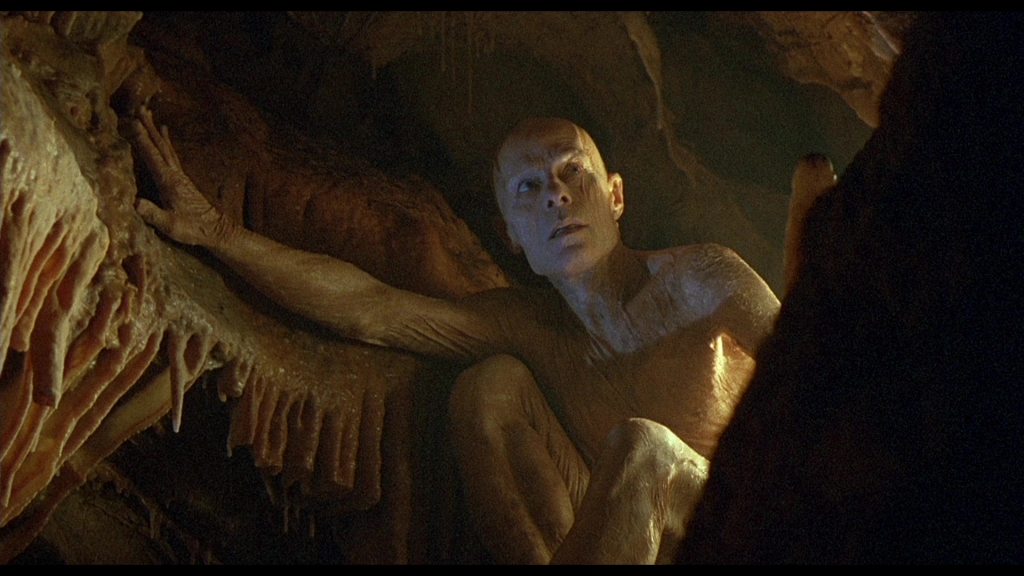 As I’ve said before, it is hard to fault true expressions of art. Though the requisite eighties horror film bathtub/shower scene clocks in right around the cliche timestamp of 16-18 minutes, there is at least some symbolism (albeit hard to decipher within the context of the scene) attempted to accompany the nudity.

Shooting in Turkey added an unmatchable character to the film, and it was impossible to not be stupefied by the natural thermal pools of the region. Instantly, it becomes a bucket list location.

It is hard to make a case to remake a film that feels so close and personal to its creator. The only exception that could be made is if Dehlavi felt he left something unexplored and decided to tell the story with modern tools.

Powerhouse Films imprint Indicator released a Blu-Ray packed with fresh interviews and a limited edition with a large accompanying booklet. It’s also available to stream on Amazon Prime and The Roku Channel.